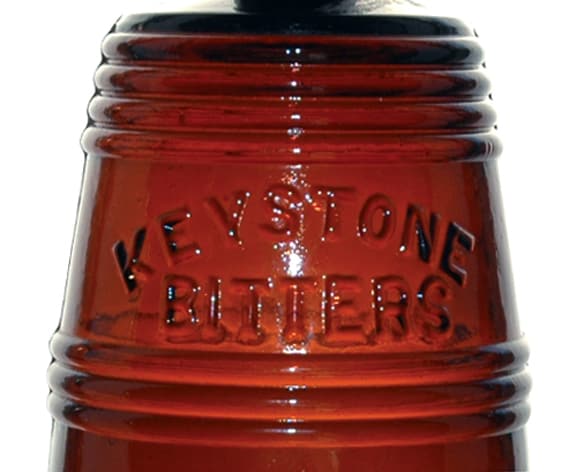 Here is another figural Bitters barrel that most Bitters collectors possess or are familiar with. Not terribly hard to find, as they are rated Very Scarce, but they do show up, usually in a darker amber color. I am surprised that there is not much information on the brand that was made by the Keystone Bitters and Cordial Co. in Cleveland, Ohio. I am hoping that this post will generate some more examples and support material such as advertising.

Please look at the comparison image below comparing the KEYSTONE BITTERS form with the WORMSER BROS and MIST OF THE MORNING figural barrels. You can also follow this link to see the similar HALL’S BITTERS. 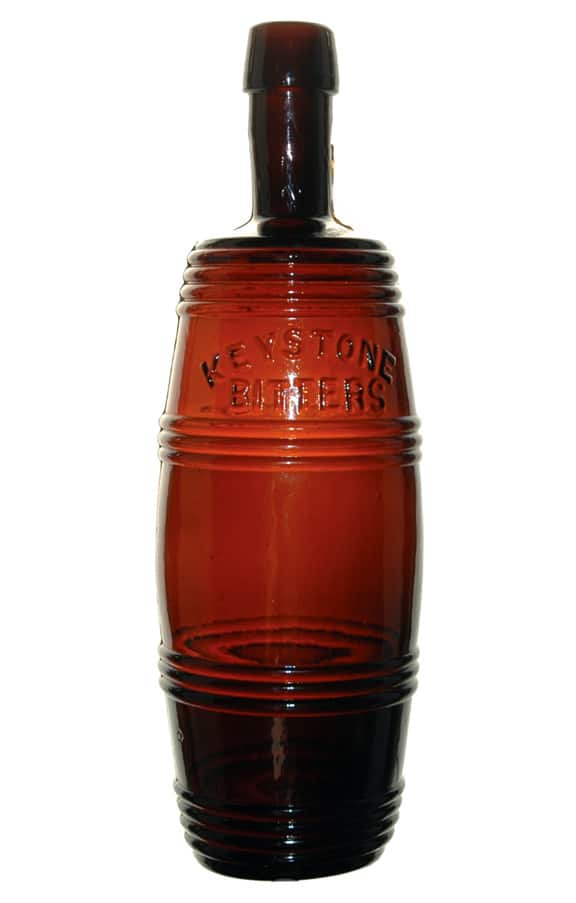 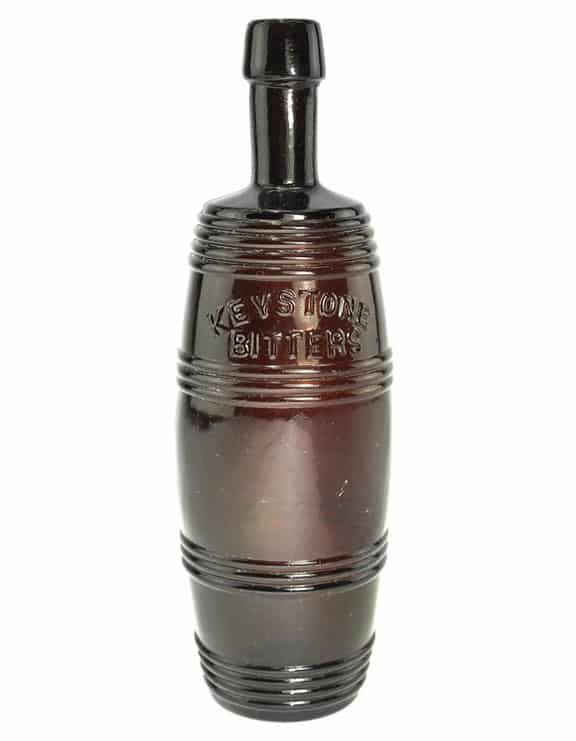 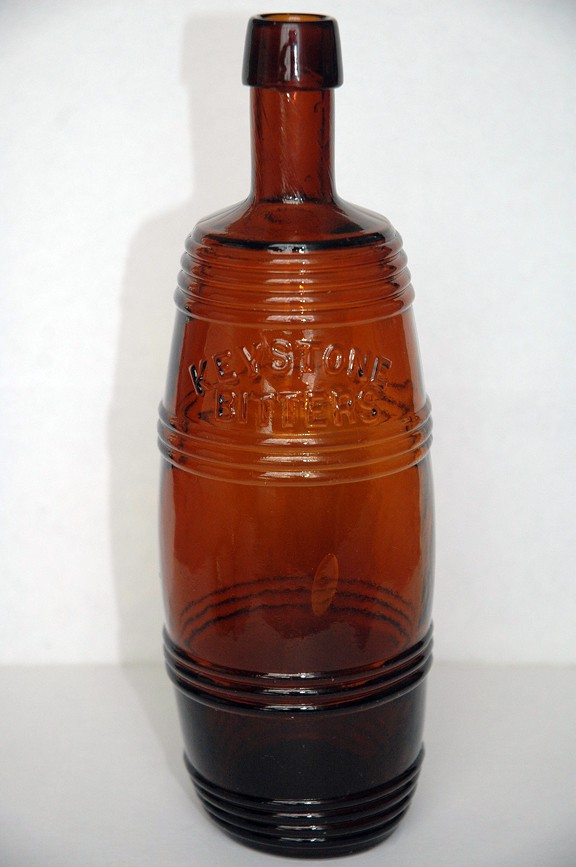 Up for auction very rare, applied top, amber barrel, KEYSTONE BITTERS bottle. It is in good condition, but has small scratches and small dings in the rips and bottom. The bottom of the bottle is distorted. Inside a little bit dirty. Measuring 9 3/4 tall on 3 1/2 wide. – eBay (vlupul1970) *available now 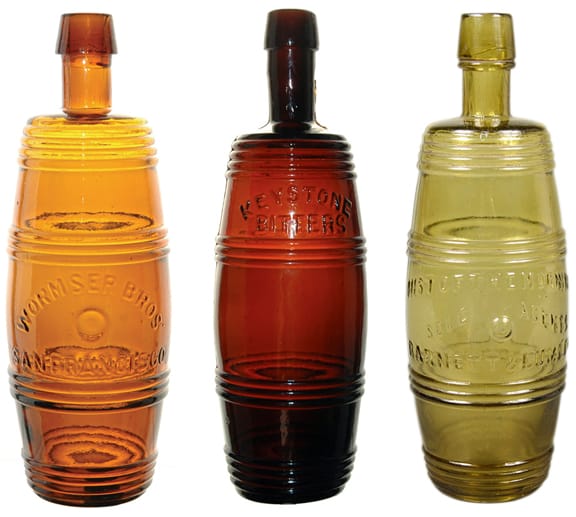 Ferdinand Meyer V is a native of Baltimore, Maryland and has a BFA in Fine Art and Graphic Design from the Kansas City Art Institute and School of Design. Ferdinand is the founding Principal of FMG Design, a nationally recognized design consultation firm. Ferdinand is a passionate collector of American historical glass specializing in bitters bottles, color runs and related classic figural bottles. He is married to Elizabeth Jane Meyer and lives in Houston, Texas with their daughter and three wonderful grandchildren. The Meyers are also very involved in Quarter Horses, antiques and early United States postage stamps. Ferdinand is the past 6-year President of the Federation of Historical Bottle Collectors and is one of the founding members of the FOHBC Virtual Museum.
View all posts by Ferdinand Meyer V →
This entry was posted in Bitters, Cordial, Figural Bottles and tagged Barrel, bitters, Cleveland, Figural, Keystone Bitters, Keystone Bitters and Cordial Co., Meyer Collection, Mist of the Morning, ohio, Wormser Bros. Bookmark the permalink.