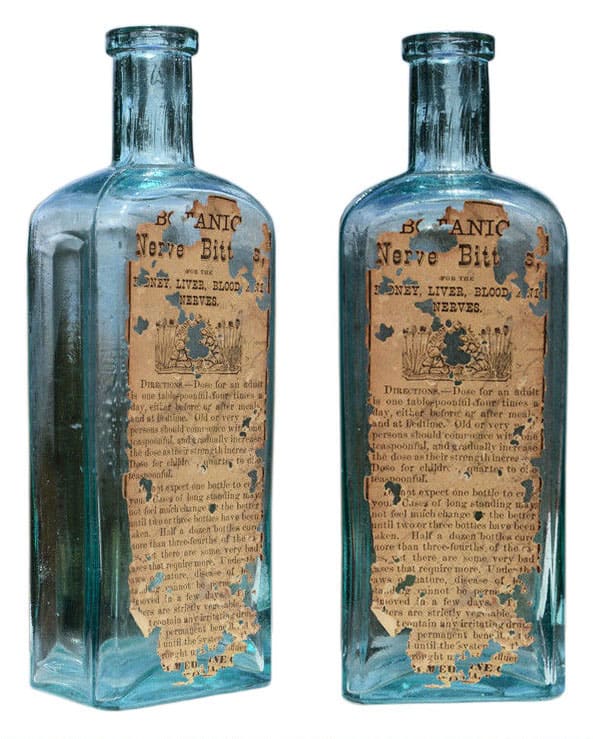 I came across some nice pictures of a partially labeled (about 90% compete) Botanic Nerve Bitters bottle from a past eBay sale. The gentleman who sent the images felt that the brand might be unlisted even though Bitters Bottles referenced a B 166.5 Botanic Nerve Bitters. Note that I clipped away the background in Photoshop. That catalog listing is:

There is also reference above the B 166.5 listing of a B 166 Botanic Kidney, Liver, Blood and Nerve Bitters being sold by Dr. Miller (John P. Miller) in Philadelphia. The notice came from the Public Ledger on May 21, 1884. There is a notation, “As this date precedes Botanic Nerve Bitters, it is assumed Dr. Miller shortened his brand name when he applied for a trade mark, or perhaps, these additional words were data on the label, and the bottle was lettered with the shortened name.” 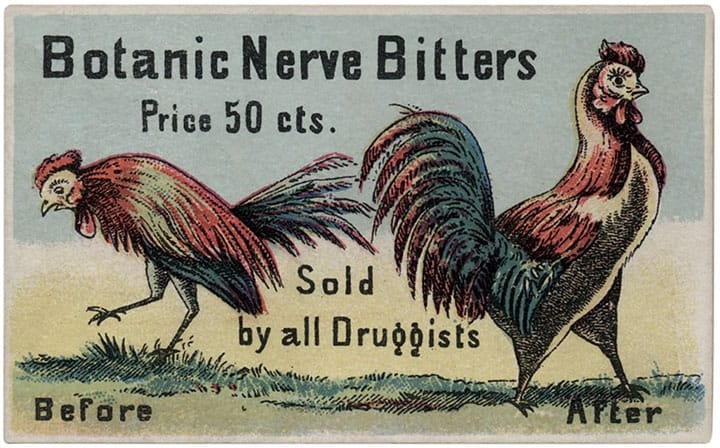 The black and white trade card image in the book, pictured next to the listing, depicts both a weak and a healthy proud rooster in a ‘before and after’ scenario. Here is a color version.

I can see that we need a little more evidence to determine if this bottle is unlisted or listed.

If you notice on the label on the bottle above, the ‘Botanic Nerve Bitters’ name can be mostly read. We get into a little trouble at the bottom of the label where we can just make out ‘Medicine Co’. and possibly, ‘Philadelphia’. There is also an illustration of a pile of stones and marsh grass on the label, and get this, it is also embossed on the bottle and noted as ‘TRADE MARK.” How great is that? What is this, a cairn? 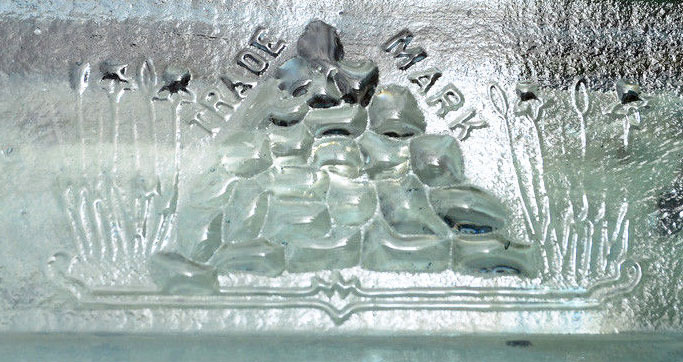 A quick search online reveals this great image below of a Botanic Nerve Bitters box and fully labeled, with contents, bottle held by the National Museum of American History. This confirms of course, that our subject bottle is B 166.5 in Bitters Bottles. The listing says the box is 8 7/8 in x 3 in x 2 in and the bottle is 8 3/4 in x 2 7/8 in x 1 7/8 in. 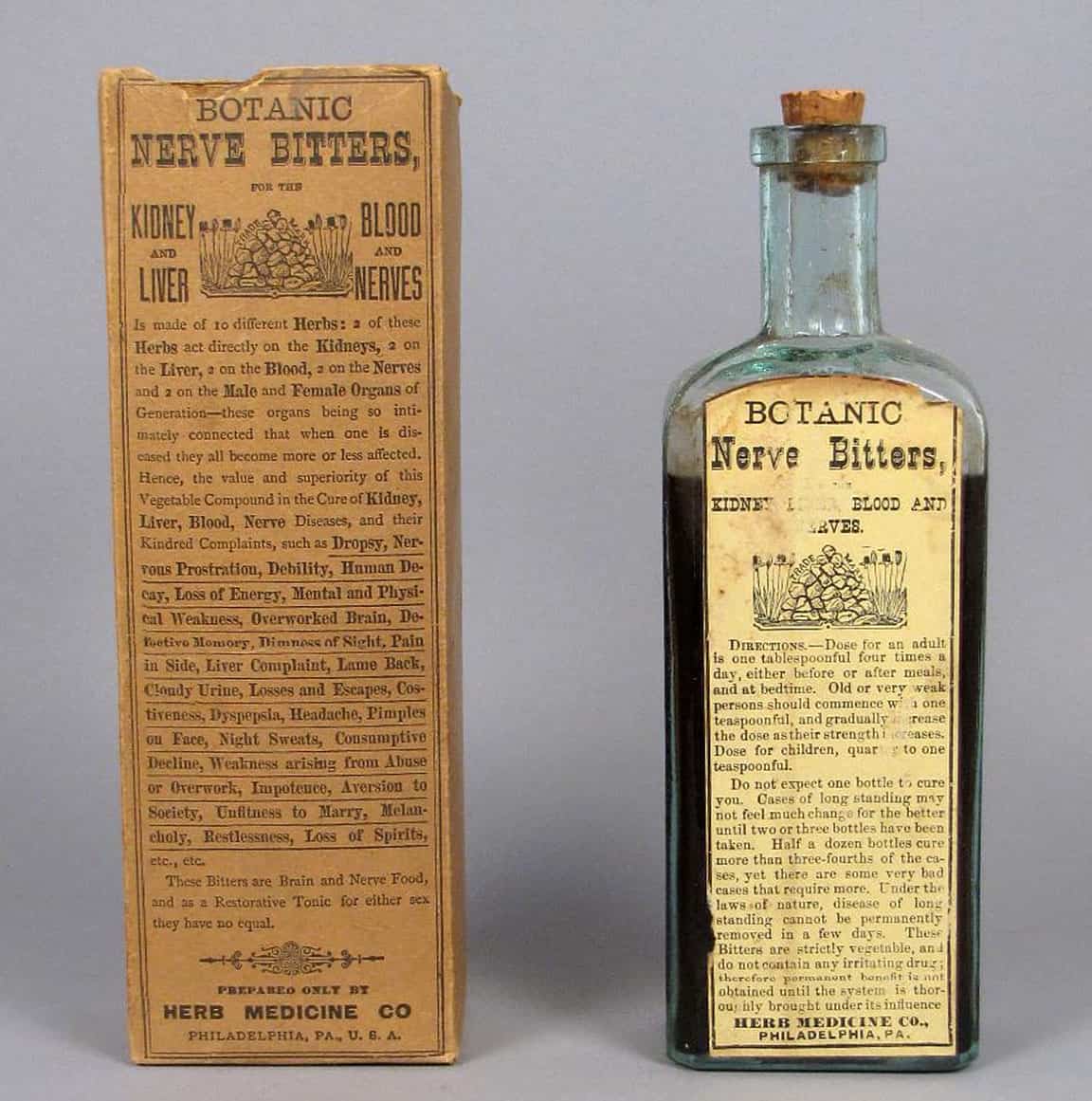 Here are two representative newspaper advertisements below for Botanic Nerve Bitters depicting a rather dismal looking young man. Notice that ‘Cure’ and ‘Remedy’ is also used to describe the product. The first ad is from The Times (Philadelphia), Friday, August 19, 1887. The bitters is noted as being Prepared by The Herb Medicine Company in Philadelphia, PA. They are selling the bitters for 50 cts. per bottle or $5 for a dozen from Dr. J. P. Miller’s Drug Store on 15 N. Eleventh Street. The second ad is from The Press Herald, Friday, October 30, 1891. The address changes for Herb Medicine Company to 346 Dillwyn Street.

The bitters was advertised from 1885 to 1891 or so. Sometimes later advertisements are selling the product for less than the marked value and sometimes they are probably unloading attic or unsold stock.

Do not expect one bottle to cure you. Cases of long standing may not feel much change for the better until two or three bottles have been taken. Half a dozen bottles cure more than three-fourths of the cases yet there are some very bad cases that require more. 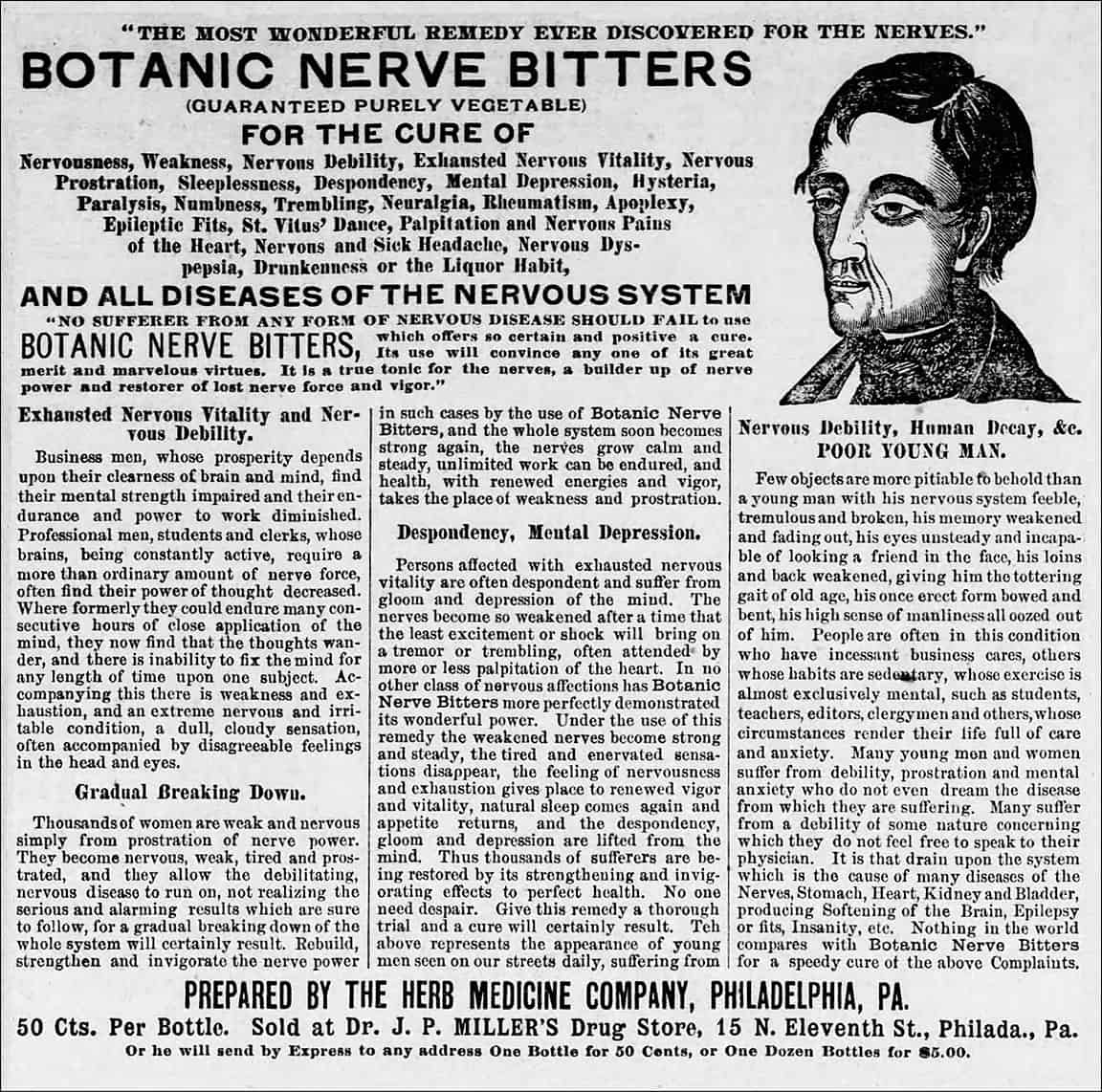 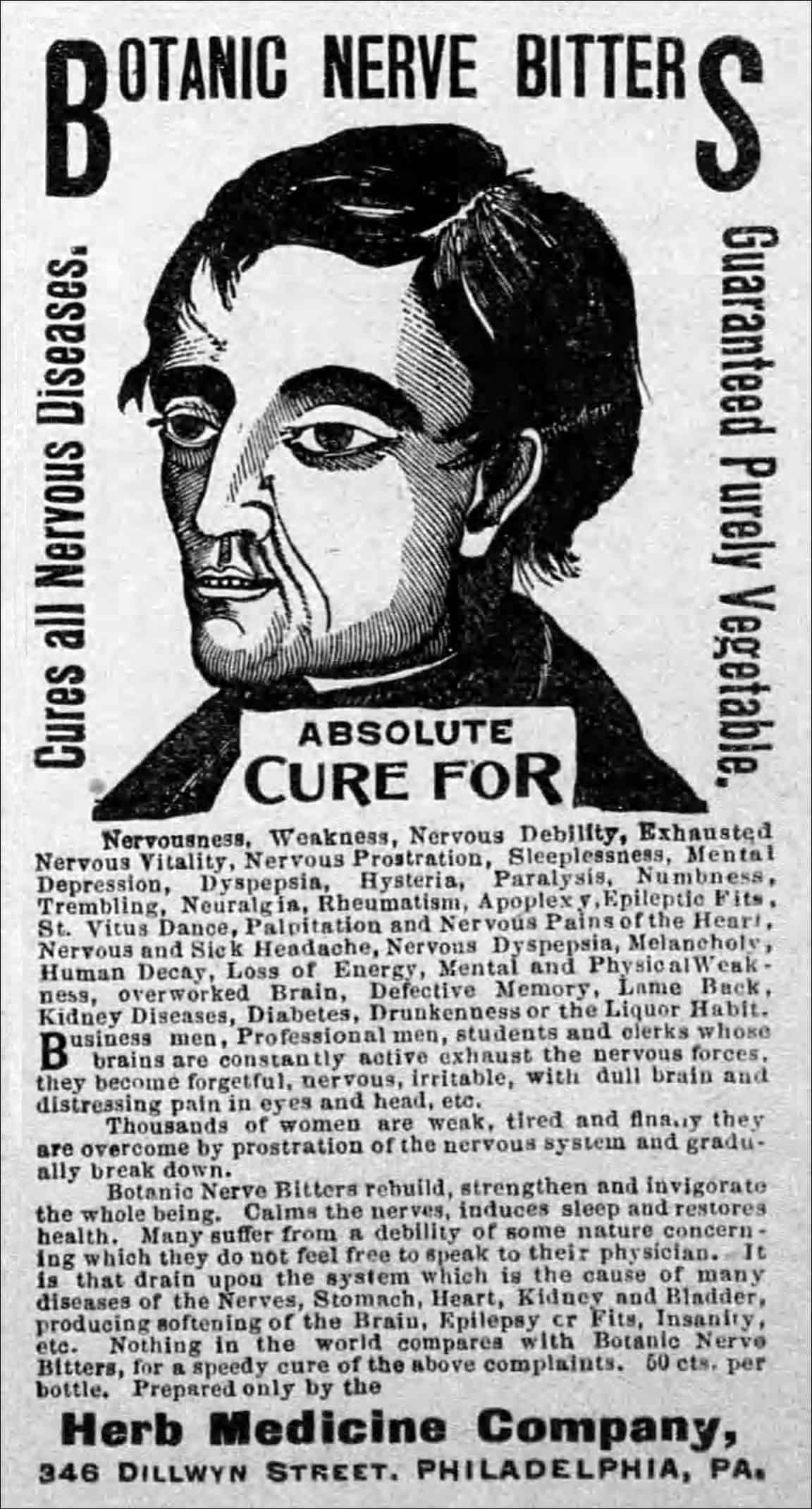 Here is a final newspaper advertisement below from The News Journal on Saturday February 27, 1904. No more bitters. The Herb Medicine Company was now prominently selling Asparagus, Watercress and Buchu Compound for the same afflictions as the Botanic Nerve Bitters. It also looks like the dismal man is back. The times had changed. Bitters no longer had a good name, no matter how you pitched it.