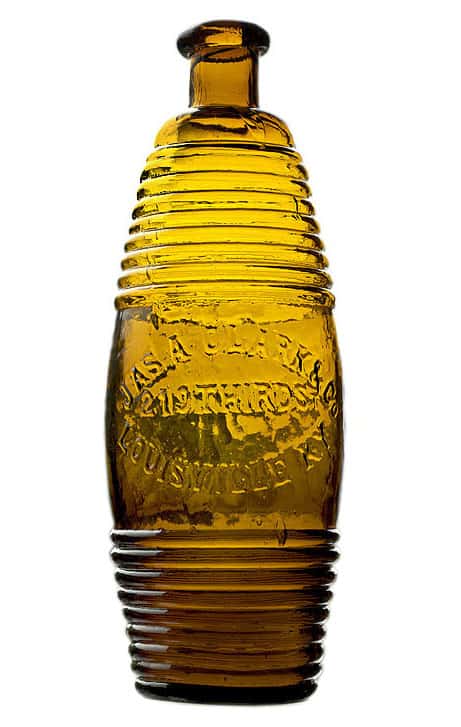 I have put out many barrel posts before but I missed the Clark barrel from Louisville, Kentucky. You see, there are only two examples, the last coming from the recent Glass Works Auctions Session 1 from the great Bob Ferraro Collection. Bob is known as Mayor Ferraro and the “Barrel King”. Many times I would come across an obscure barrel only to find that Bob would have an example. Like I said, the Barrel King. 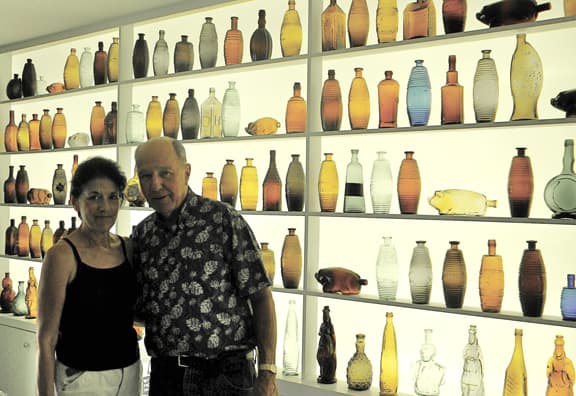 James A. Clark was a long-time grocer selling wines, liquors, tobacco, cigars, oysters, raisins, sardines, pickles etc. in Louisville, Kentucky. His Clark & Company address at one time was 219 Third Street which is embossed on the barrel though an advertisement in 1866 differs and says #73 Third Street (Old No. 219). We can find listings for him centered from 1864 to 1868. His partners were George W. Morris and Charles L. White. In 1868, White leaves and Clark takes on O. A. Knapp as a partner. The bottle most likely contained a bitters or bourbon, probably both as a label would state. 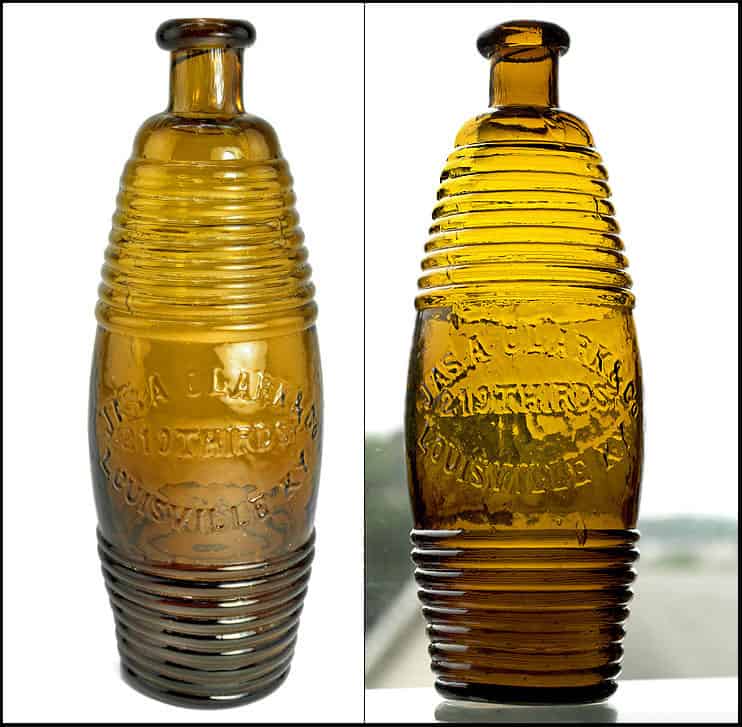 “JAS. A. CLARK & CO / 219 THIRD ST / LOUISVILLE KY”, (unlisted), Kentucky, ca. 1865 – 1875, yellow amber barrel, 9 1/9”h, smooth base, applied ring mouth. A 2 1/4” vertical stress crack on a mold seam travels from the top of the lip down to the second ring. One of only two known examples and the first one to be offered at auction. Fortunately the damage cannot be seen when viewed straight on. Purchased from Steve Keith in 1997. 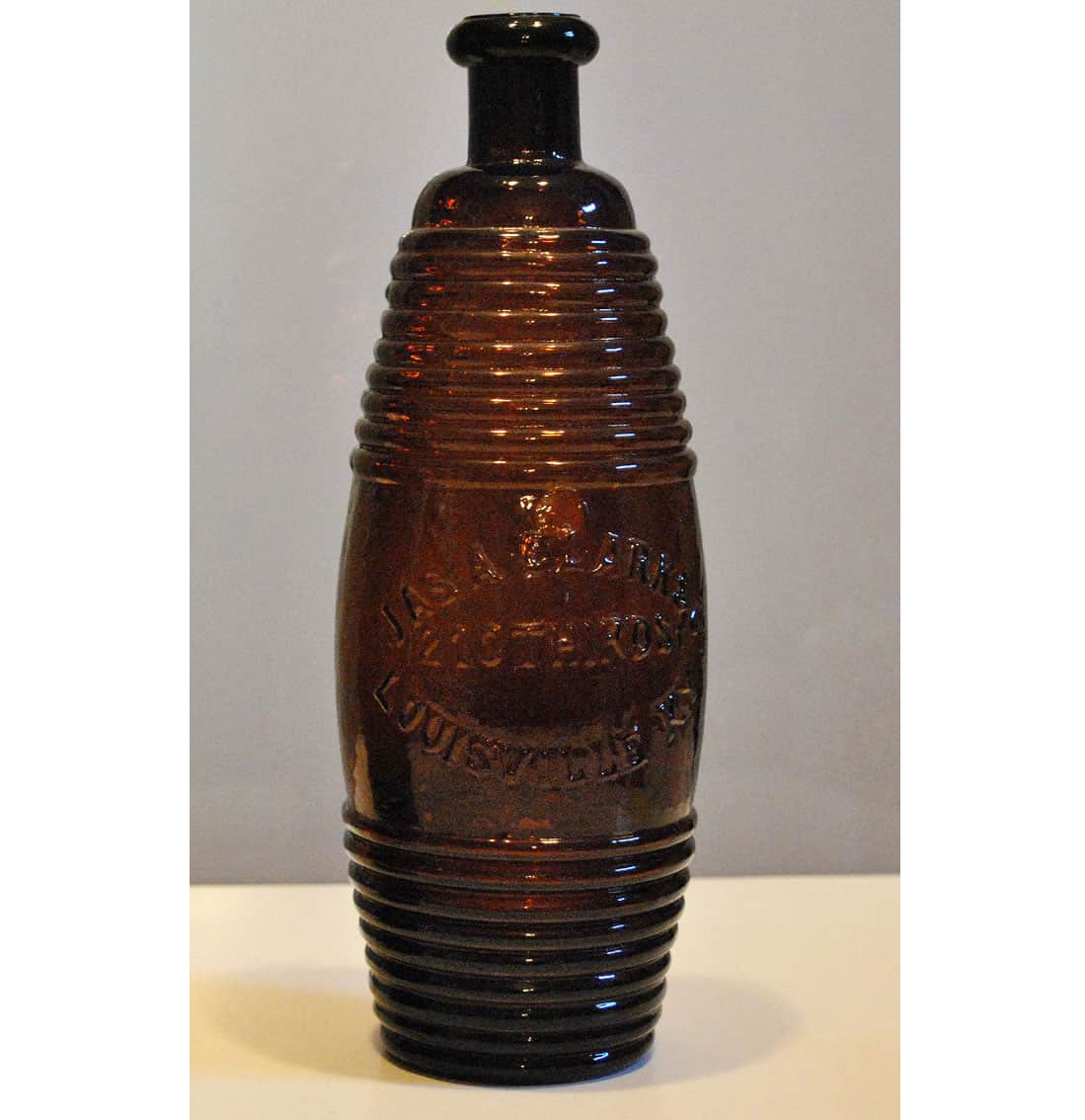 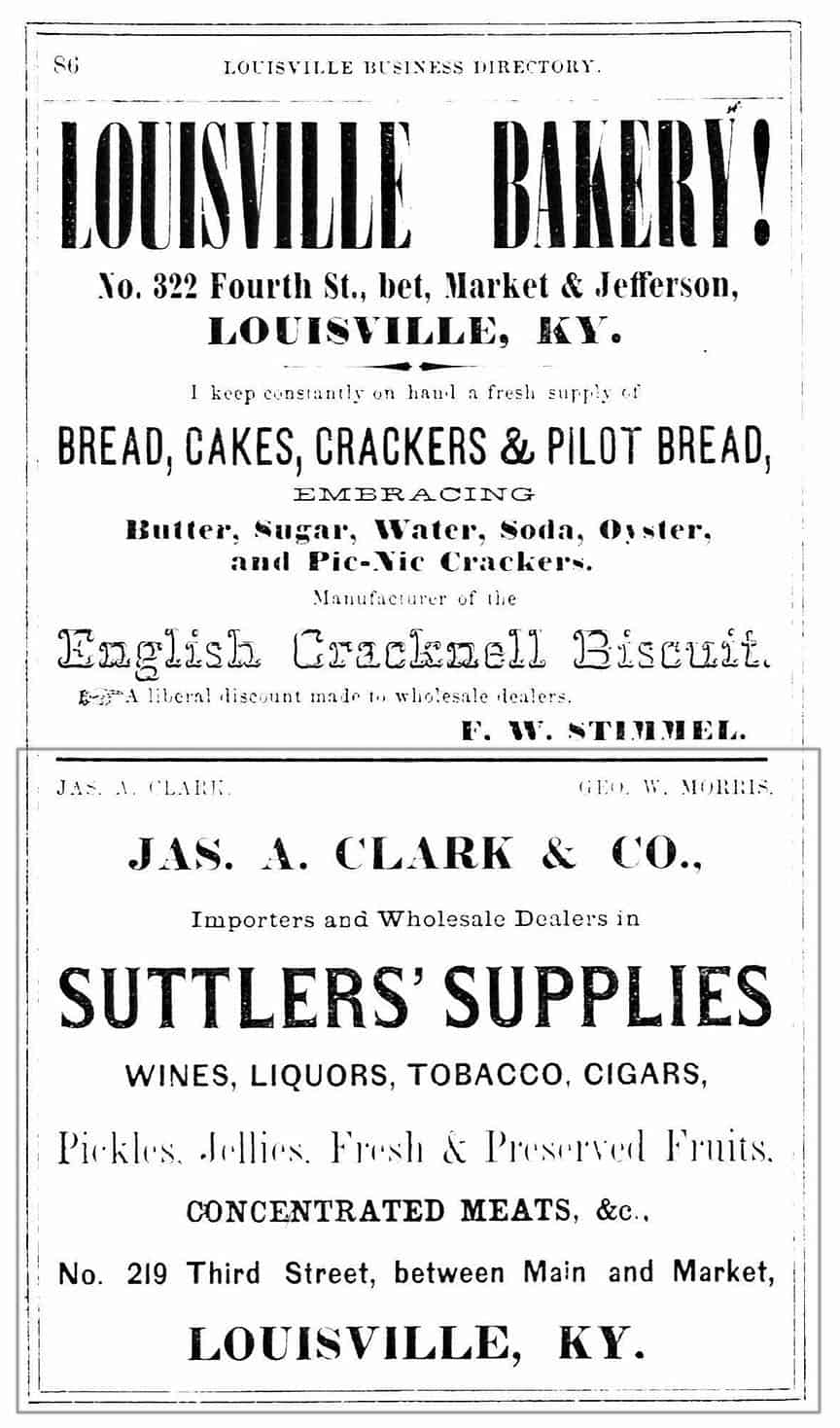 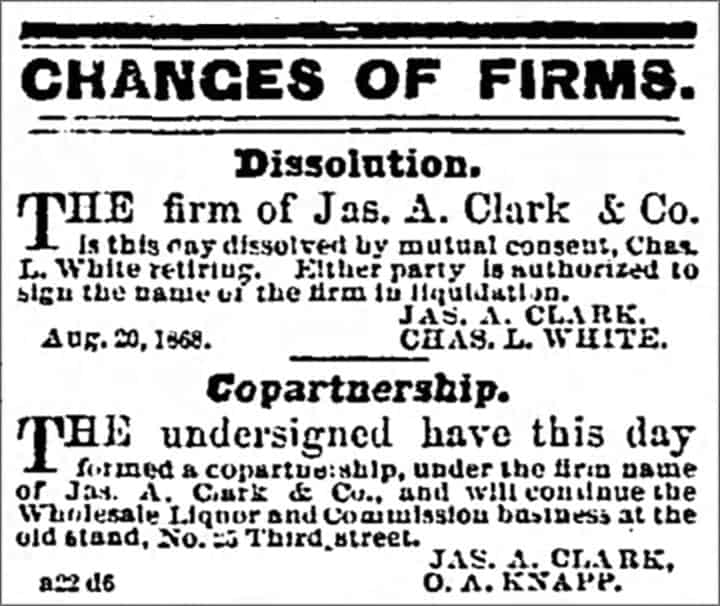 Ferdinand Meyer V is a native of Baltimore, Maryland and has a BFA in Fine Art and Graphic Design from the Kansas City Art Institute and School of Design. Ferdinand is the founding Principal of FMG Design, a nationally recognized design consultation firm. Ferdinand is a passionate collector of American historical glass specializing in bitters bottles, color runs and related classic figural bottles. He is married to Elizabeth Jane Meyer and lives in Houston, Texas with their daughter and three wonderful grandchildren. The Meyers are also very involved in Quarter Horses, antiques and early United States postage stamps. Ferdinand is the past 6-year President of the Federation of Historical Bottle Collectors and is one of the founding members of the FOHBC Virtual Museum.
View all posts by Ferdinand Meyer V →
This entry was posted in Bitters, Bourbon, Collectors & Collections, Figural Bottles, History, Liquor Merchant and tagged Barrel, Bob Feraro, Charles L. White, Figural, George W. Morris, James A. Clark, Kentucky, Louisville, O. A. Knapp, Third Street. Bookmark the permalink.