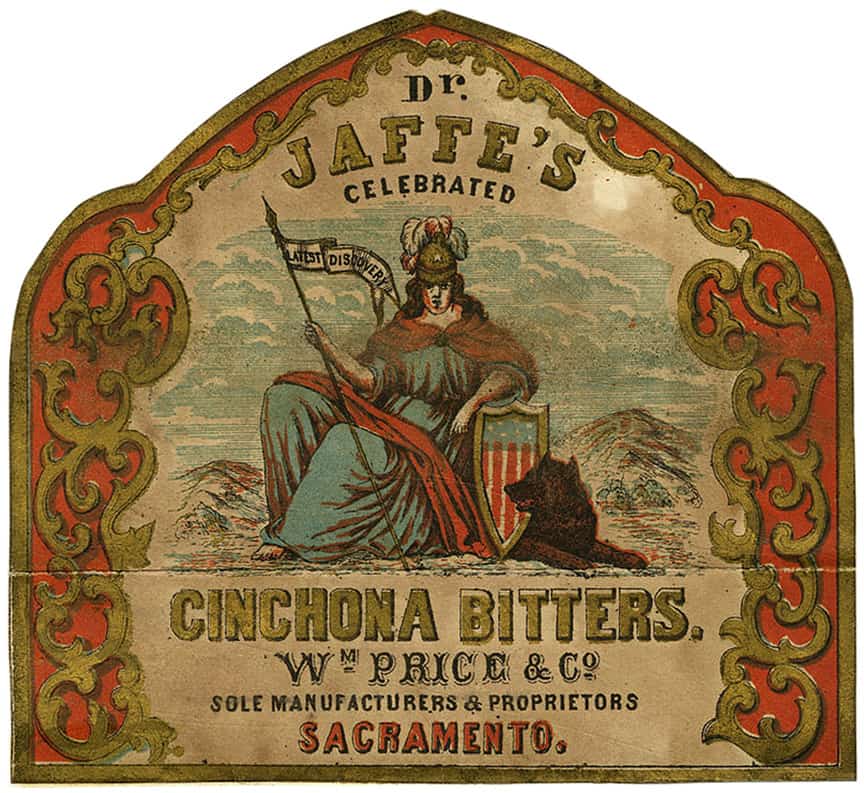 I came across this 1880 Dr. Jaffe’s Celebrated Cinchona Bitters advertisement above while searching for support material for another post. The brand was advertised, using pretty much the same small advertisement up until 1883 in Sacramento, California.

A quick search led me to this letter from Wm. Price & Co. from the California Secretary of State’s Office, “Old Series Trademark No. 0234. Just so cool. William Price and Co. were the sole manufacturers and proprietors. They filed for the Cinchona Bitters trademark in Sacramento, California on 12 September 1872. I am not aware of any bottles.

I have no idea who Dr. Jaffe is as he does not show up in any searches during that time period. William Price & Co. was listed in Sacramento directories from 1869 to 1874. Dr Jaffe’s was later represented by E.L. Billings & Co. up until about 1880.

The listing in Bitters Bottles is as follows: 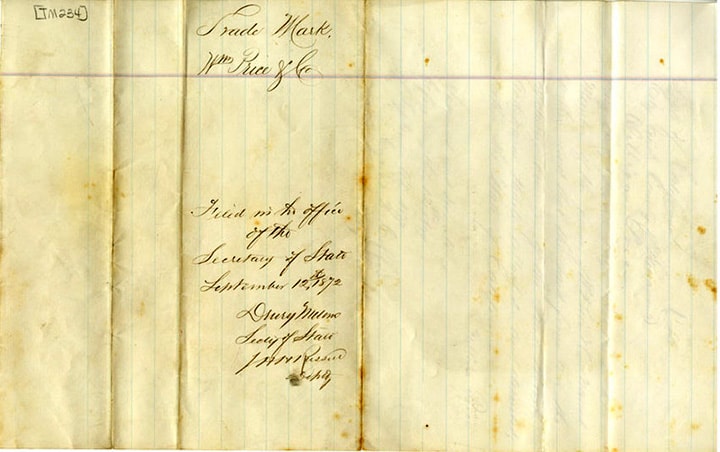 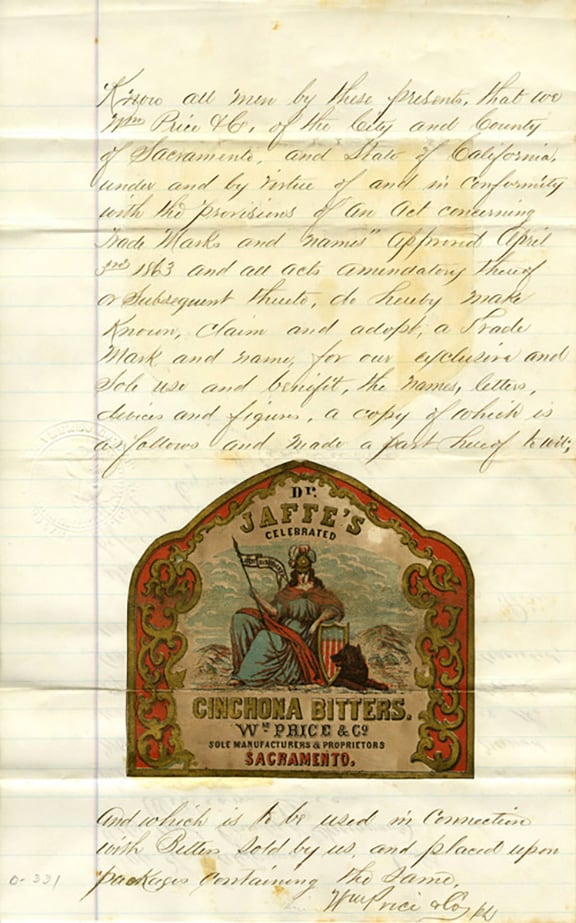 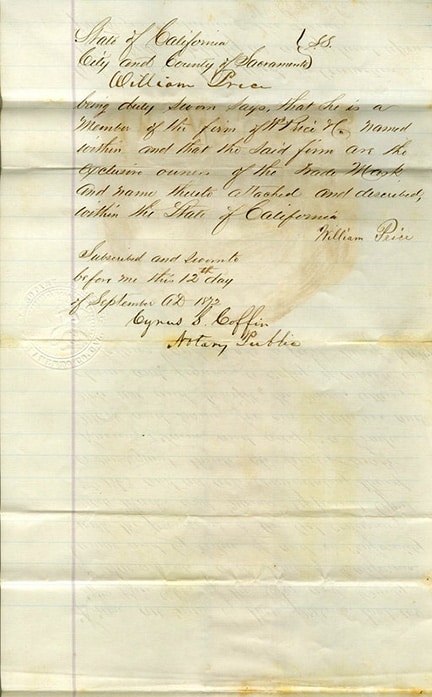 Cinchona is a genus of flowering plants in the family Rubiaceae containing at least 23 species of trees and shrubs. They are native to the tropical Andean forests of western South America. A few species are reportedly naturalized in Central America, Jamaica, French Polynesia, Sulawesi, Saint Helena in the South Atlantic, and São Tomé and Príncipe off the coast of tropical Africa. A few species are used as medicinal plants, known as sources for quinine and other compounds.

Ferdinand Meyer V is a native of Baltimore, Maryland and has a BFA in Fine Art and Graphic Design from the Kansas City Art Institute and School of Design. Ferdinand is the founding Principal of FMG Design, a nationally recognized design consultation firm. Ferdinand is a passionate collector of American historical glass specializing in bitters bottles, color runs and related classic figural bottles. He is married to Elizabeth Jane Meyer and lives in Houston, Texas with their daughter and three wonderful grandchildren. The Meyers are also very involved in Quarter Horses, antiques and early United States postage stamps. Ferdinand is the past 6-year President of the Federation of Historical Bottle Collectors and is one of the founding members of the FOHBC Virtual Museum.
View all posts by Ferdinand Meyer V →
This entry was posted in Bitters, Ephemera, History and tagged bitters, california, Celebrated, Cinchona, E.L. Billings, Jaffe, letter, sacramento, trademark, William Price. Bookmark the permalink.