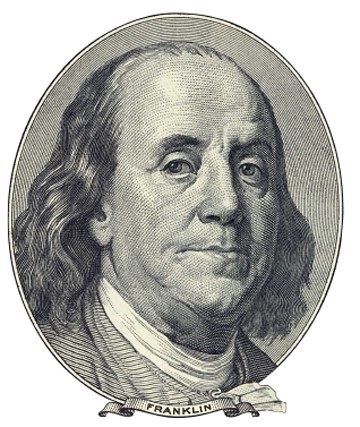 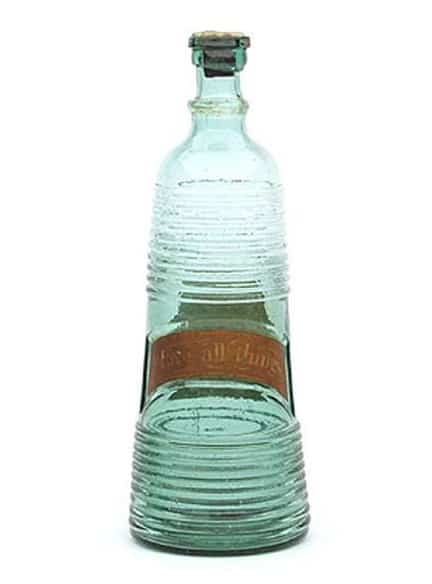 Here is a really great figural barrel in a conical form with tapered horizontal ribbing. There in NO embossing but at least two labeled examples exist (see pictures below) calling this a BEN FRANKLIN BITTERS POOR RICHARD’S TONIC. I love this bottle!. It is very architectural and reminds me of the New England annular inks. I’ve seen Heckler, Ring & Ham and the New York Historical Society publish different date ranges for this brand which is puzzling. FYI, I do posses two pontiled examples (see below). 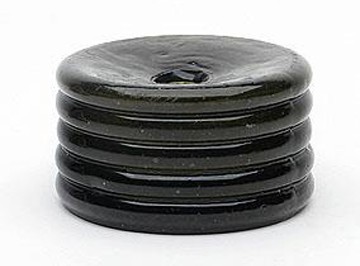 Pay special attention to the New York Historical Society example. I was not aware of this bottle until today. WOW. Look at that gorgeous label!

Label: These pleasant and healthy bitters are compounded of pure vegetable materials, and as a tonic cannot be surpassed. A simple trial will convince the most skeptical that these bitters are of the highest merit. Prove all things!

This object was once part of the folk art collection of Elie Nadelman (1882-1946), the avant-garde sculptor. 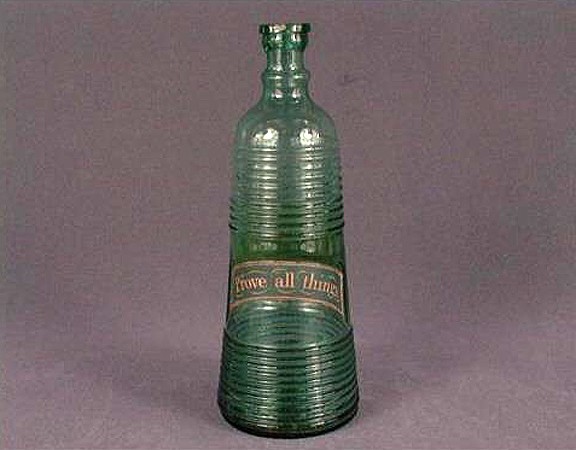 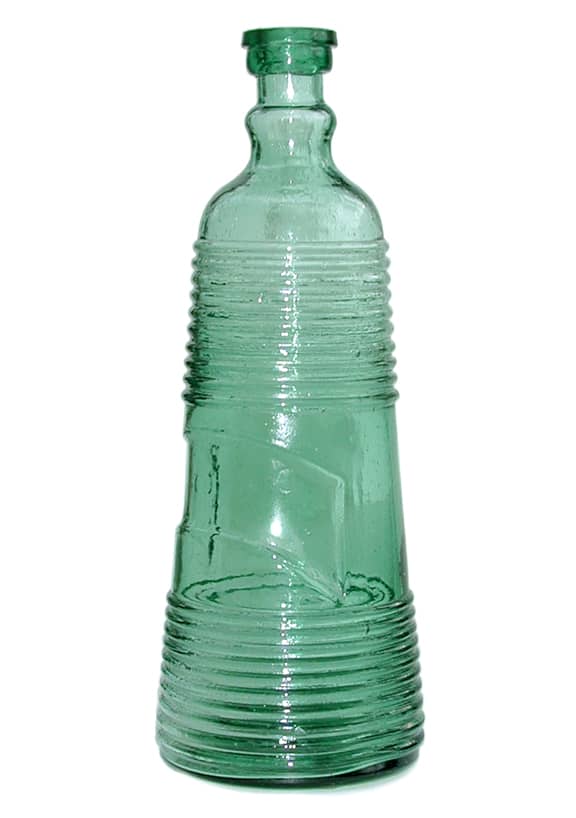 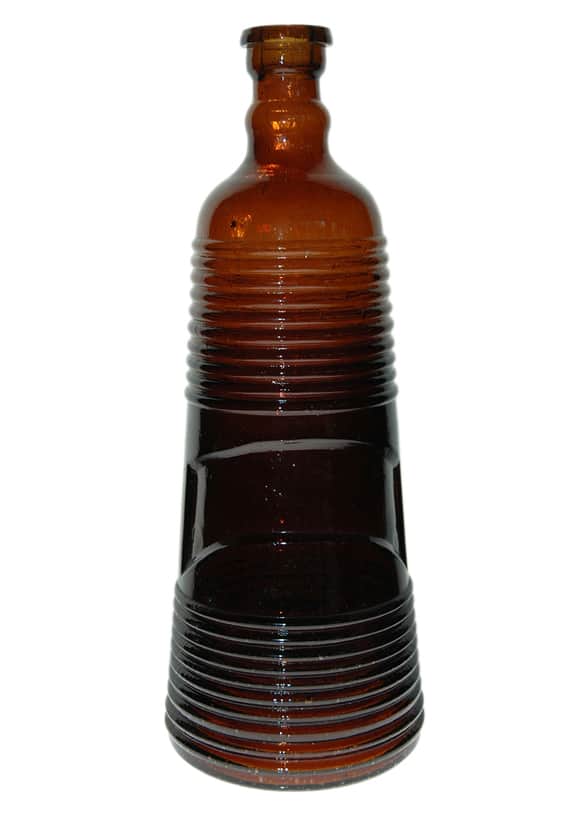 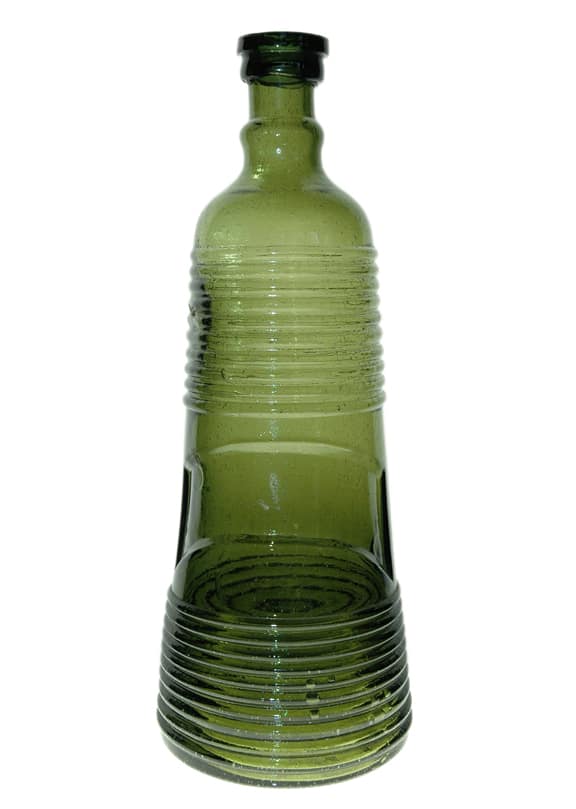 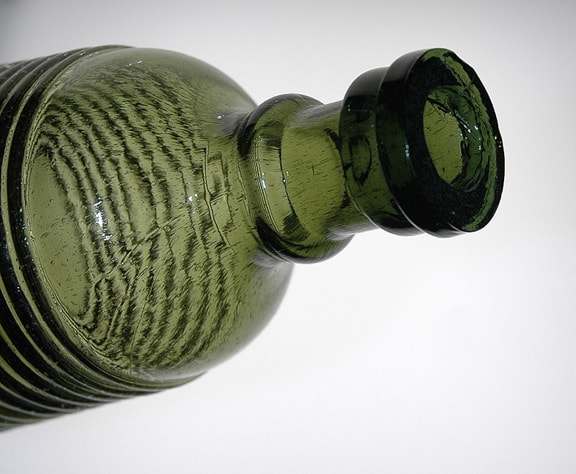 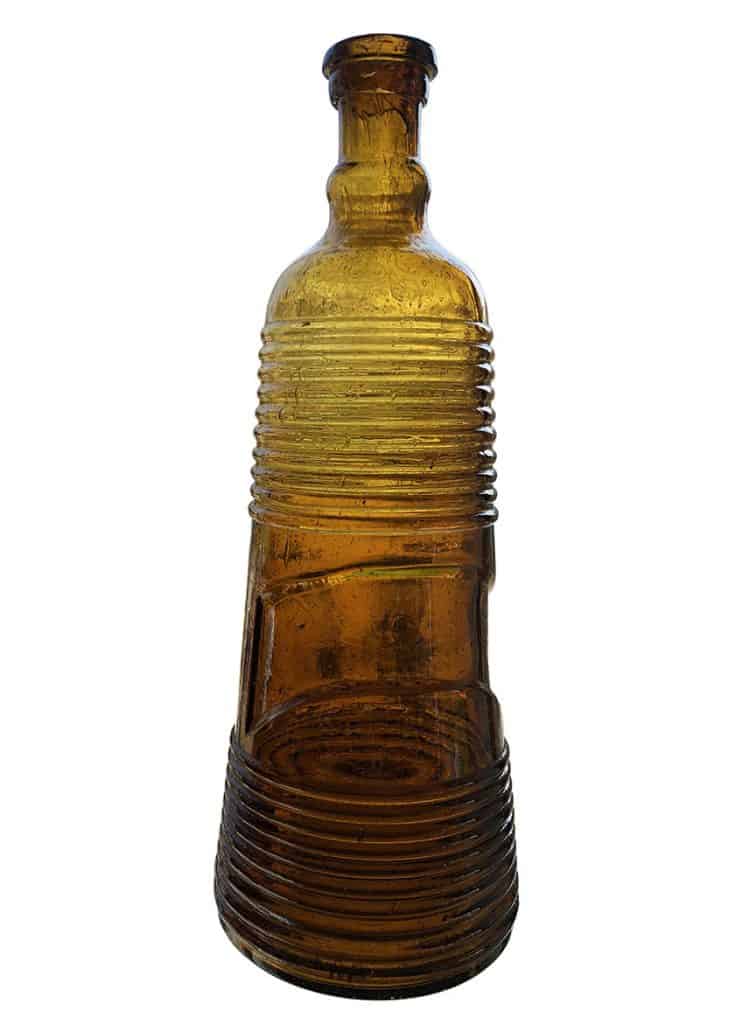 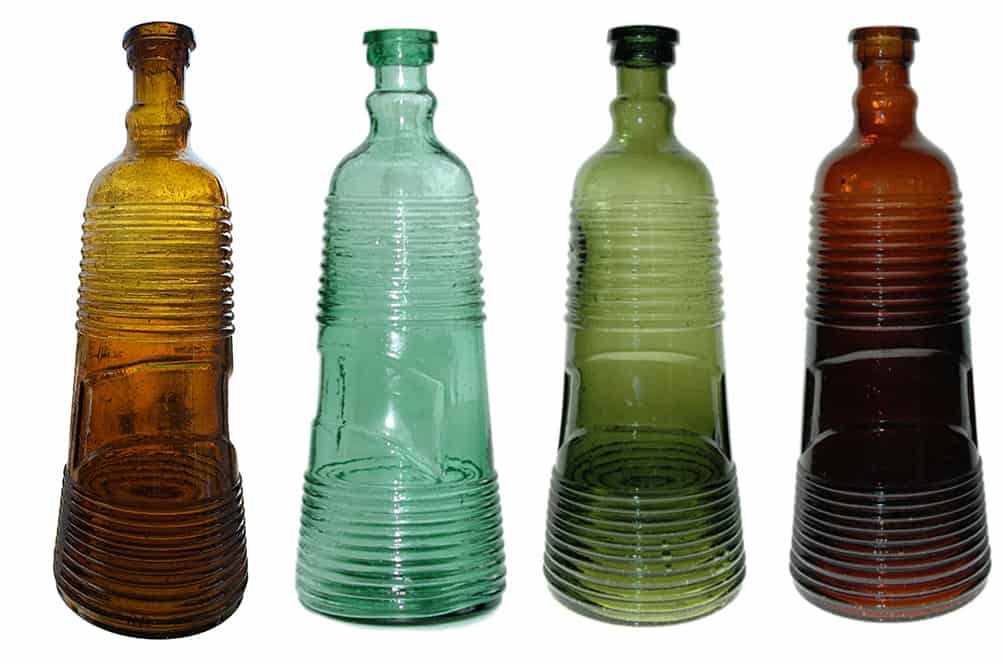 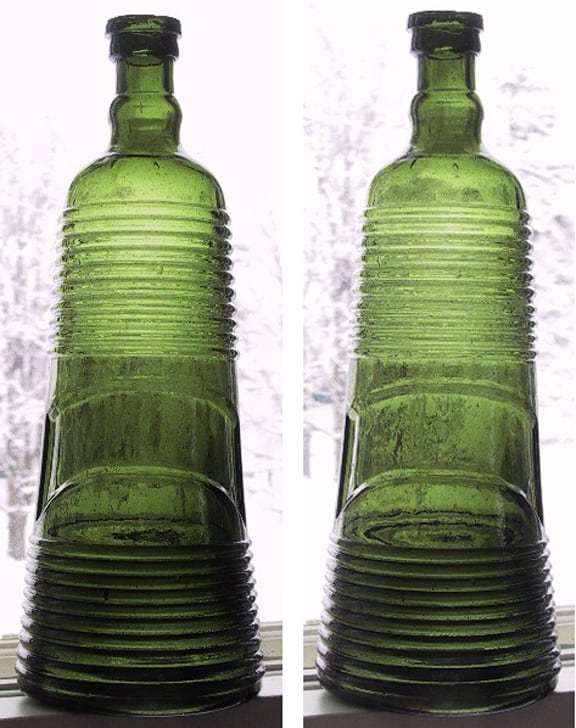 Ferdinand Meyer V is a native of Baltimore, Maryland and has a BFA in Fine Art and Graphic Design from the Kansas City Art Institute and School of Design. Ferdinand is the founding Principal of FMG Design, a nationally recognized design consultation firm. Ferdinand is a passionate collector of American historical glass specializing in bitters bottles, color runs and related classic figural bottles. He is married to Elizabeth Jane Meyer and lives in Houston, Texas with their daughter and three wonderful grandchildren. The Meyers are also very involved in Quarter Horses, antiques and early United States postage stamps. Ferdinand is the past 6-year President of the Federation of Historical Bottle Collectors and is one of the founding members of the FOHBC Virtual Museum.
View all posts by Ferdinand Meyer V →
This entry was posted in Bitters, Collectors & Collections, Color Runs, Figural Bottles, Museums, Tonics and tagged Barrel, Ben Franklin Bitters, bitters, Bob Ferraro, Coventry, Elie Nadelman, Figural, Meyer Collection, New York Historical Society, Pitkin, Poor Richard, Rick Ciralli, Tonic. Bookmark the permalink.