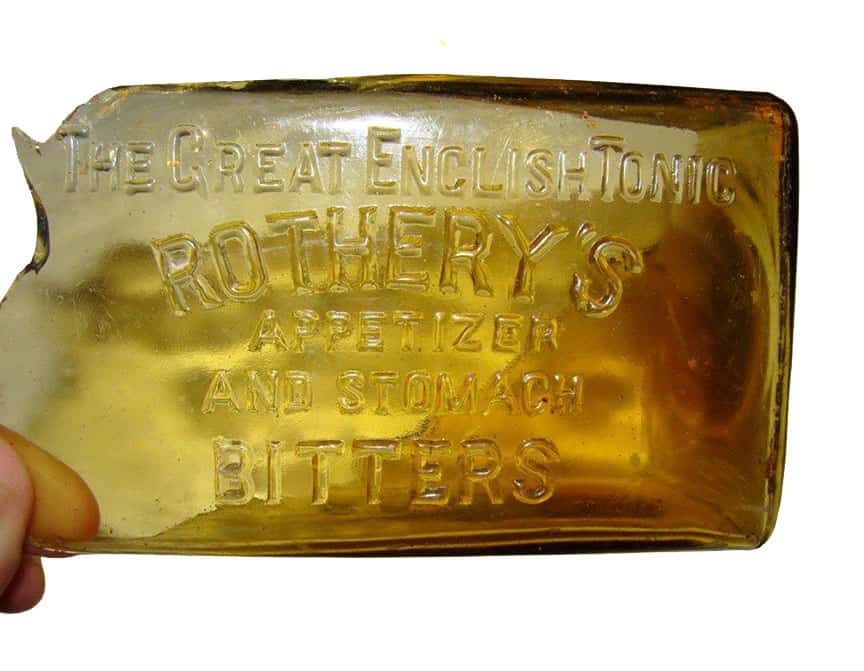 A couple of weeks ago I received a phone message from Adam Koch up in Ohio who said that a shard of an unlisted color for a bitters was found back east. The name on the shard was “The Great English Tonic Rothery’s Appetizer and Stomach Bitters”. Pretty amazing that the shard contained the full name. Doesn’t usually happen that way. I talked with Adam and he was going to get a picture and send me.

A few days passed and then I received an email from Jim Bender in New York saying “I thought you may like to see this bottle Jim Healy dug last week. It is listed as Extremely Rare in amber. As you can see this one was yellow.”

Actually this bottle does exist and an example was auctioned off by Jim Hagenbuch at Glass Works Auctions a few year back. It is pictured further below. There are three different listings in the Carlyn Ring and W.C. Ham Bitters Bottles book as follows: 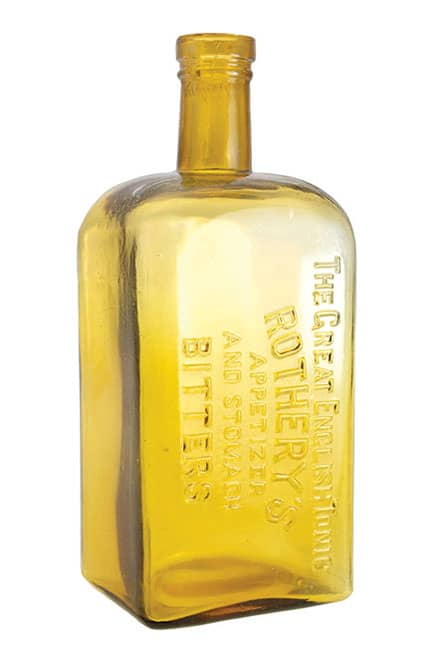 Here is an amber example pictured below of a different mold, R 105. Note the typography difference in straight lines with Chicago noted. 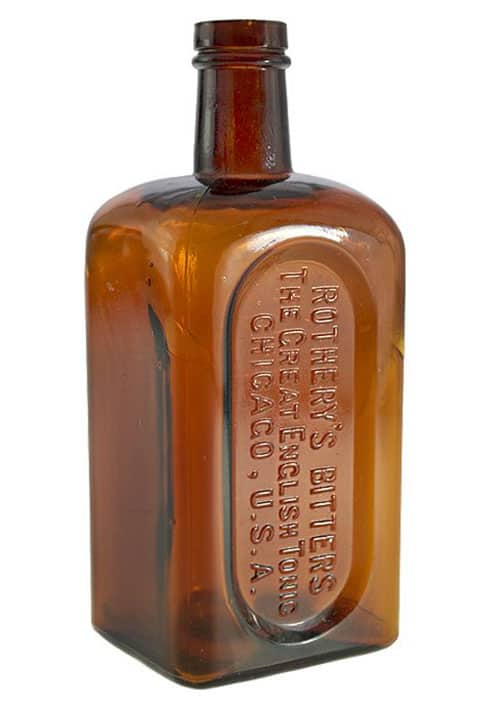 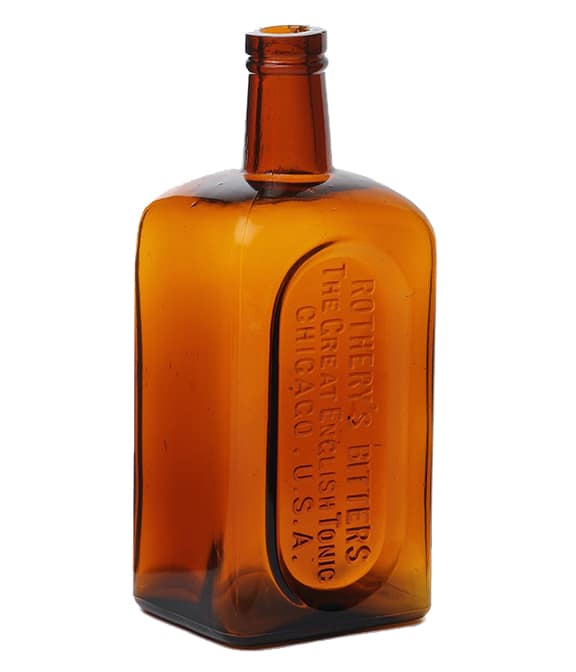 These bitters were produced in Chicago around 1905 by Herbert V. Rothery as you can see from the advertisement below. Mr. Rothery was a long-time saloonkeeper and betting room operator who appears in various locales and once served time in a penitentiary in Iowa for switching diamonds in a transaction. He also ran in to problems with various “charity” events where money seemed to be directed to him. He was also involved in ring fighting and other betting sidelines from many articles I read. Later he organized a ball club in Edison Park.

Ferdinand Meyer V is a native of Baltimore, Maryland and has a BFA in Fine Art and Graphic Design from the Kansas City Art Institute and School of Design. Ferdinand is the founding Principal of FMG Design, a nationally recognized design consultation firm. Ferdinand is a passionate collector of American historical glass specializing in bitters bottles, color runs and related classic figural bottles. He is married to Elizabeth Jane Meyer and lives in Houston, Texas with their daughter and three wonderful grandchildren. The Meyers are also very involved in Quarter Horses, antiques and early United States postage stamps. Ferdinand is the past 6-year President of the Federation of Historical Bottle Collectors and is one of the founding members of the FOHBC Virtual Museum.
View all posts by Ferdinand Meyer V →
This entry was posted in Advertising, Bitters, Digging and Finding, History, Liquor Merchant, Medicines & Cures, Scams & Frauds, Tonics and tagged Adam Koch, appetizer, betting, bitters, English, great, Hebert, illinois, Jim Bender, Rothery, Rothery's, saloonkeeper, Stomach, Tonic. Bookmark the permalink.