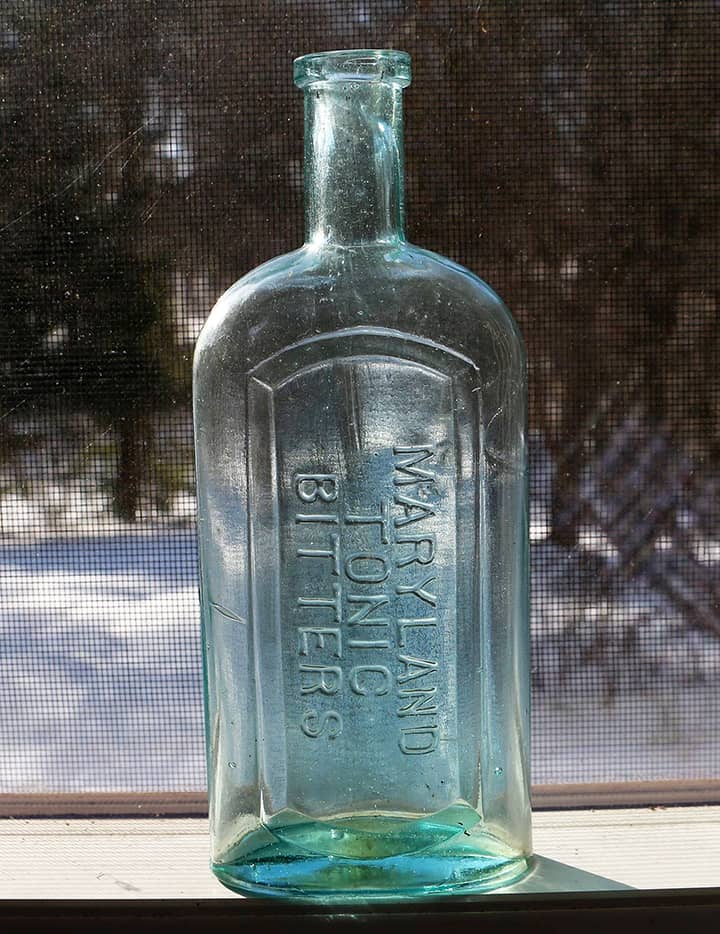 Bob Ford from the Baltimore Antique Bottle Club, posted this picture above of a Maryland Tonic Bitters on the Facebook bitters bottles page. I like bitters, I like aqua bottles, I like window shots and I like the snow in the background, so “all is good” here. So what about this bitters bottle that I have never seen before, up until now? 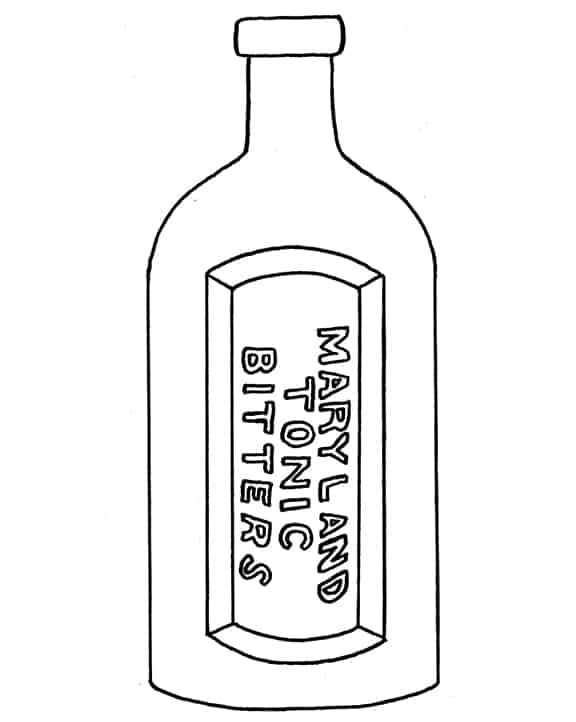 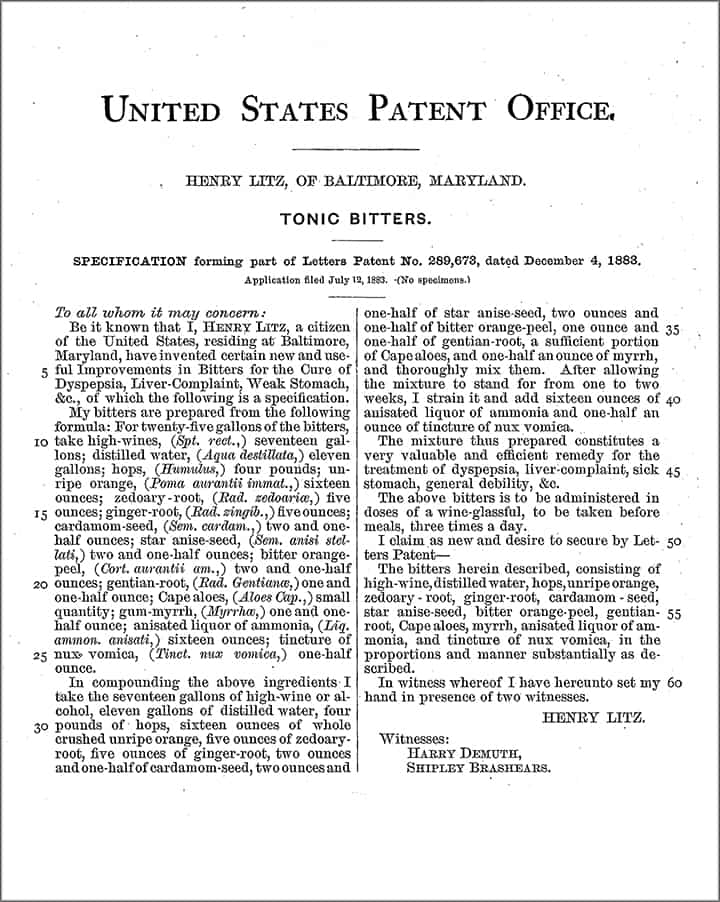 Henry Litz was born in Hochstadt, Germany on 01 June 1833. His father was Franz Josef Litz (1799-1882) and his mother was Cunegund Dressell (1801-1838), both born in Prussia. Mr. Litz immigrated to America in 1847. In 1862, Henry Litz married Elizabeth Heggelmeier (1836-1927) and they had a number of children including Mary, Catharine, Barbara, Elizabeth, George, Henry and Frantz Litz. The sons would later join Henry in business.

In 1850, Henry is working with his father Franz, as a cooper in Baltimore. By 1870 or so, Henry has become a brewer and runs a lager beer saloon at 132 Saratoga Street in Baltimore City. By 1885, he is listed as making hop bitters. As he applied for his Tonic Bitters patent in 1883, this would be his Maryland Tonic Bitters. He is now using 134 1/2 Saratoga Street as an address. George and Henry, his brothers, are working as clerks. This goes on up until about 1893 or so. Henry Litz died in Baltimore on 08 September 1903.

The Maryland Tonic Bitters is extremely rare. This may be the only recorded example. Apparently there has been a sighting of a labeled example that is not embossed. Would love to see this. According to Ring & Ham, the bitters contents was manufactured by Verona Chemical Co., Wholesale Druggists, Baltimore, Maryland. I see no reference to this.

No. 136, one-story brick, with two-story back building’ owned by Henry Litz ; insured in the German ; occupied by Adler as a cigar store.

Ferdinand Meyer V is a native of Baltimore, Maryland and has a BFA in Fine Art and Graphic Design from the Kansas City Art Institute and School of Design. Ferdinand is the founding Principal of FMG Design, a nationally recognized design consultation firm. Ferdinand is a passionate collector of American historical glass specializing in bitters bottles, color runs and related classic figural bottles. He is married to Elizabeth Jane Meyer and lives in Houston, Texas with their daughter and three wonderful grandchildren. The Meyers are also very involved in Quarter Horses, antiques and early United States postage stamps. Ferdinand is the past 6-year President of the Federation of Historical Bottle Collectors and is one of the founding members of the FOHBC Virtual Museum.
View all posts by Ferdinand Meyer V →
This entry was posted in Bitters, Breweriana, History, Medicines & Cures, Tonics and tagged aqua, Baltimore, bitters, Bob, Ford, Germany, maryland, Patent, Tonic, Verona. Bookmark the permalink.