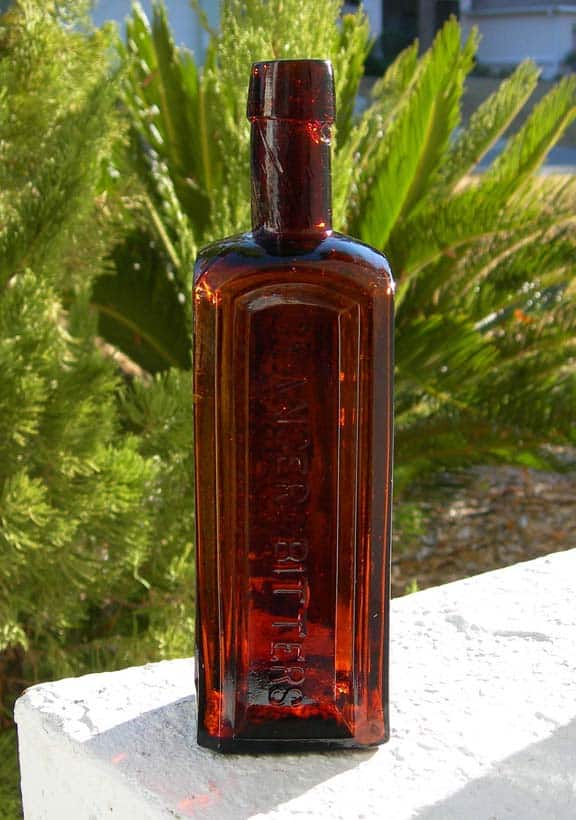 The Granger Bitters from Baltimore is a tough bottle to find and I do not have an example in my collection, yet. The bottle has a tooled top and is also embossed ‘BOYKIN CARMER & CO.” Interestingly enough, in some of the Baltimore City directory listings (see below) it is listed as ‘BOYKIN CRAMER’. This looks to be a mistake.

Boykin Carmer & Co. Wholesale Druggists were located on 11 and 13 N. Liberty Street in Baltimore City. Dr. Thomas Jackson Boykin was listed as President. Dr. Boykin was born on January 26, 1828 in Sampson Co, NC, and died about October 08, 1909. He married Katherine Wentworth Micks on November 01, 1866 in Elmira, NY, daughter of William Goodrich Micks and Cornelia Martha Rathbone. In 1885 his partner was James W. Carmer. H.R. Micks and Jas. G. Stanley were also listed with the business. They produced a number of bottles and products such as Boykin’s Worm Killer, Harty’s Diarrhea Remedy, Stanley’s Nerve & Bone Liniment, Laudanum Poison and a long necked druggist bottle embossed with the company name. A few examples are posted below.

What is interesting is that one example, as noted in Bitters Bottles by Carlyn Ring and W.C. Ham was found in Loris, South Carolina. The example pictured in this post was found in an antique shop some thirteen or so years ago in Virginia. I do not know if it is a coincidence, but this advertising envelope was addressed to Kildee, North Carolina. The company has also shown up in a few South Carolina directories. Time to dig in to Ancestry.com and look further. I wonder where the ‘Granger’ name came from? 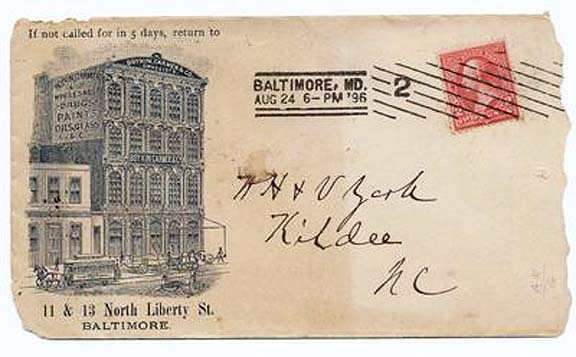 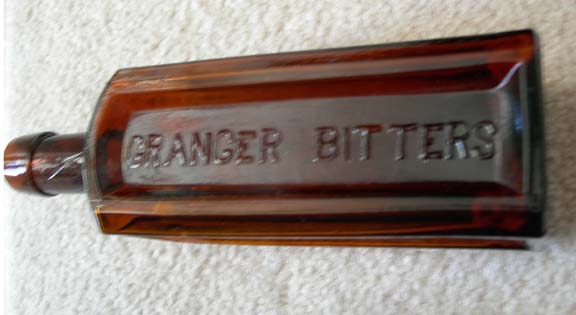 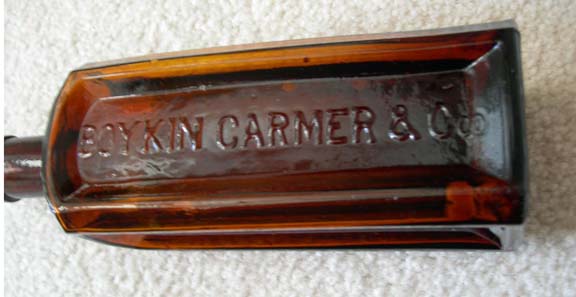 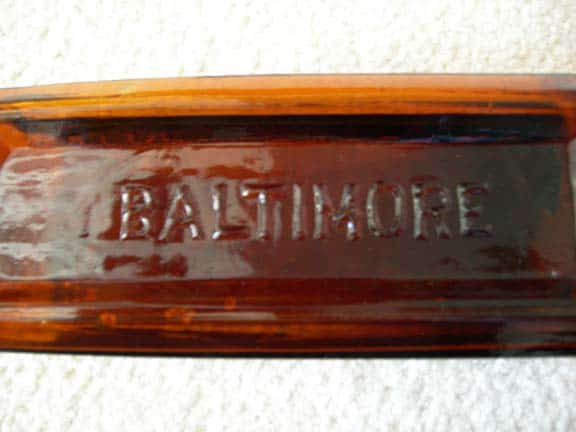 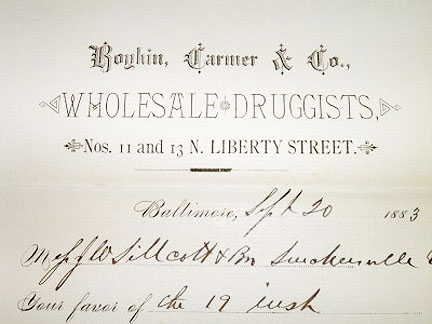 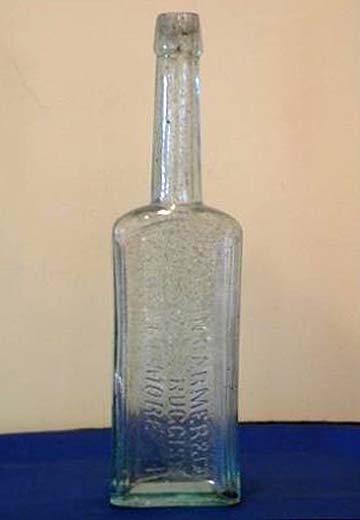 BOYKIN CARMER & CO WHOLESALE DRUGGISTS BALTIMORE – is aqua, and the dimensions are as follows: 9.36″ tall, finish height is .80″, inner mouth is .53″, base is 2.47″ x 1.28″. Embossed on one side of the bottle is “Boykin Carmer & Co. Wholesale Druggist Baltimore” – Port Tobacco Archaeological Project

Antique LAUDANUM Poison Bottle- Has paper label with skull & crossbones. States dosages from 3 months old to adult. On small part of label missing but it didn’t have writing on it. Back of bottle has embossed BOYKIN CARMER & CO DRUGGISTS BALTIMORE MD. Has cork in place. – historical ebay 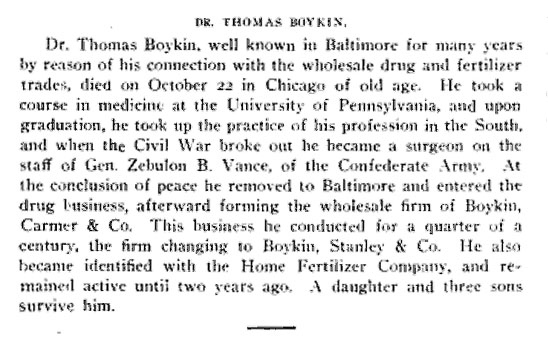 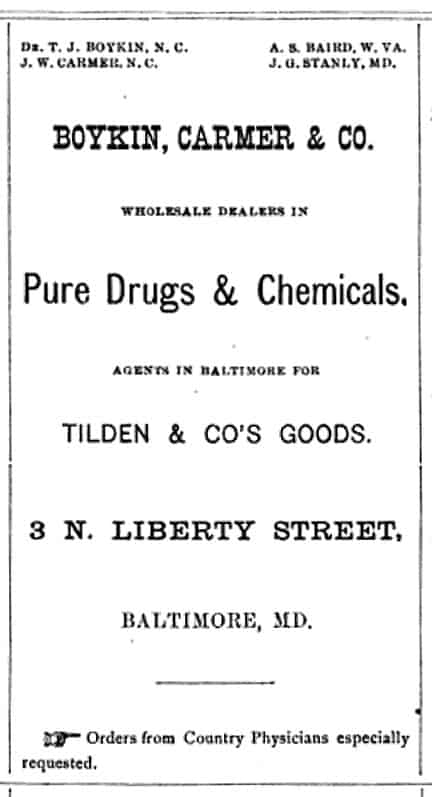 Here you see for the first time that Boykin and Carmer were from North Carolina. – Baltimore Physician and Surgeon, Volumes 2-6 – 1874

Ferdinand Meyer V is a native of Baltimore, Maryland and has a BFA in Fine Art and Graphic Design from the Kansas City Art Institute and School of Design. Ferdinand is the founding Principal of FMG Design, a nationally recognized design consultation firm. Ferdinand is a passionate collector of American historical glass specializing in bitters bottles, color runs and related classic figural bottles. He is married to Elizabeth Jane Meyer and lives in Houston, Texas with their daughter and three wonderful grandchildren. The Meyers are also very involved in Quarter Horses, antiques and early United States postage stamps. Ferdinand is the past 6-year President of the Federation of Historical Bottle Collectors and is one of the founding members of the FOHBC Virtual Museum.
View all posts by Ferdinand Meyer V →
This entry was posted in Bitters, Druggist & Drugstore, Medicines & Cures, Questions and tagged Baltimore, bitters, Boykin, Boykin's Worm Killer, Carmer, Dr. Thos. J. Boykin, Druggist & Drugstore, Granger, Harty's Diarrhea Remedy, Stanley's Nerve & Bone Liniment. Bookmark the permalink.