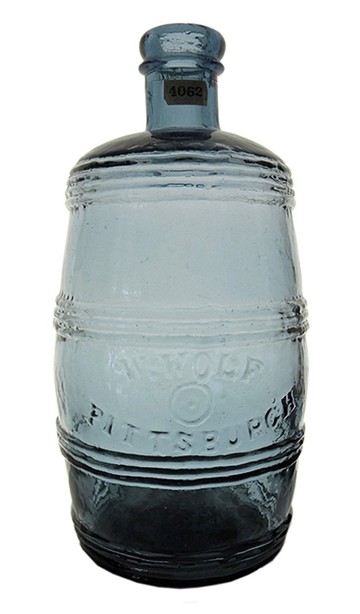 Up until now, the only known example of a W. WOLF PITTSBURGH figural barrel – Ferarro Collection 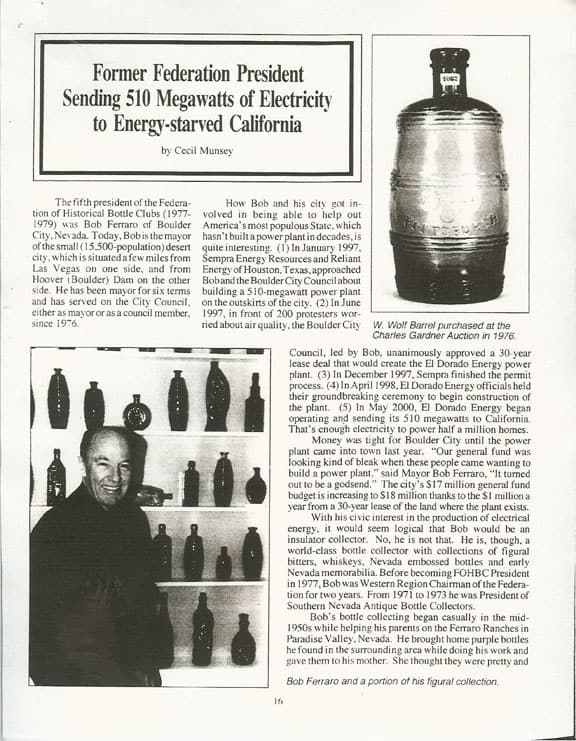 Article by Cecil Munsey on Bob Ferraro. The W. Wolf is pictured in the upper right corner.

This just in. An extraordinary find in a thrift shop.  Are you ready?….. for $1 Dollar!

[1] Hi, I have a Blue Barrel shaped W. Wolf Pittsburgh Whiskey Bottle. I am trying to get information on value and best way to sell it. I see on your website that Mr. Bob Ferraro owns one. Would he be able to contact me and give me advise? Or anyone that he would delegate it to? I would appreciate it. I am attaching pictures of my bottle. It measures approx. 8″ high, 3 1/4″ in diameter at base, it looks like blown glass from a mold, the glass itself looks old, wavy with bubbles and inclusions. It has a pontil mark on the bottom with brown (looks like clay) residue. Thank you for your time

I most likely will be advising these folks as to the best course of action to take with the bottle. There is one known example residing in the great Bob Ferarro collection in Nevada. Please let me know if you are interested. This is the real McCoy.

Read More: Is there a Blue Embossed Bitters Barrel? 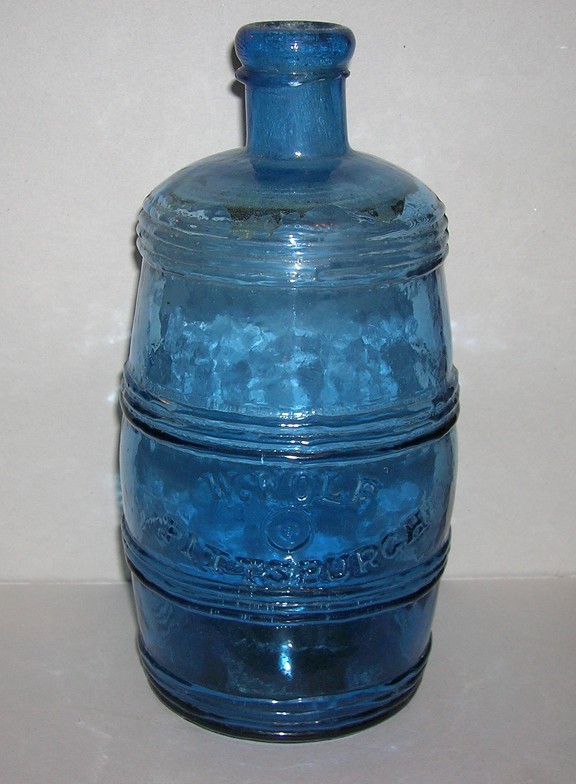 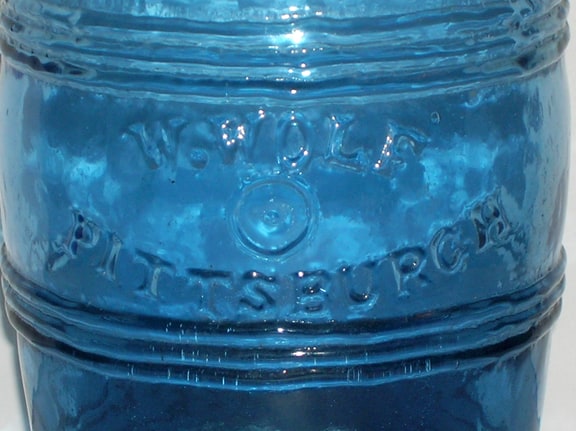 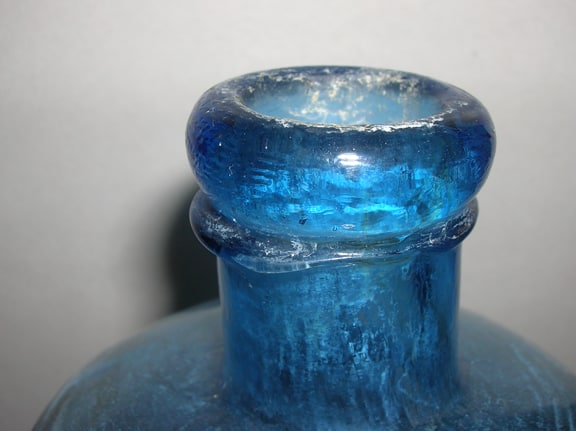 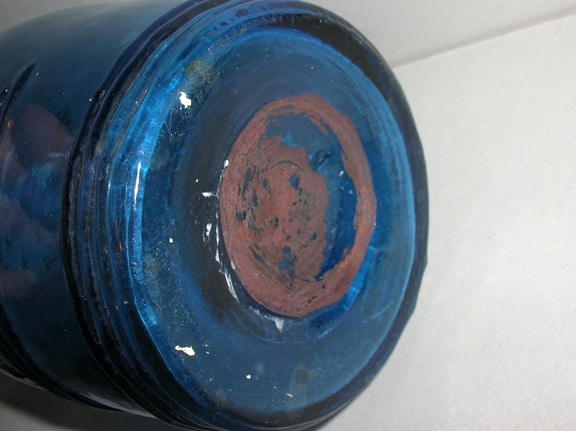 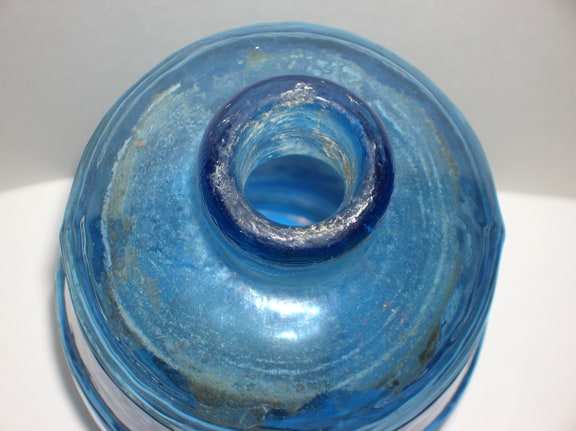 Ferdinand Meyer V is a native of Baltimore, Maryland and has a BFA in Fine Art and Graphic Design from the Kansas City Art Institute and School of Design. Ferdinand is the founding Principal of FMG Design, a nationally recognized design consultation firm. Ferdinand is a passionate collector of American historical glass specializing in bitters bottles, color runs and related classic figural bottles. He is married to Elizabeth Jane Meyer and lives in Houston, Texas with their daughter and three wonderful grandchildren. The Meyers are also very involved in Quarter Horses, antiques and early United States postage stamps. Ferdinand is the past 6-year President of the Federation of Historical Bottle Collectors and is one of the founding members of the FOHBC Virtual Museum.
View all posts by Ferdinand Meyer V →
This entry was posted in Advice, Collectors & Collections, Digging and Finding, Figural Bottles, News, Spirits, Whiskey and tagged Barrel, Bob Ferraro, Figural, find, Pittsburgh, Thrift Shop, W. Wolf. Bookmark the permalink.