I’ve always wanted to go to the Shupp’s Grove Bottle Festival as there are not to many bottles shows outdoors. This and the annual Heckler Columbus Day Event in Connecticut are the only ones that come to mind. I guess it is because the date is so close to the FOHBC National Shows and I am so far away.

We were talking at the Houston Antique Bottle Show recently about the possibility of organizing the 1st Annual Peachridge Hayfield Event this October or early November or some other mild weather month. Would any of you’ll come to Texas? Hate to have a party with no guests. So far Alicia Booth would head up the food committee, Brad Seigler would be there with some of his great Texas bottles and Sandor Fuss said he is coming down. Anyway I am getting off the subject. Here are the Shupp’s Grove pictures culled from the Bottle Collectors facebook page.

Peach Ridge Driveway after a rain. Hayfield in back.

My first time there, as you can see, I enjoyed myelf and I will be back… 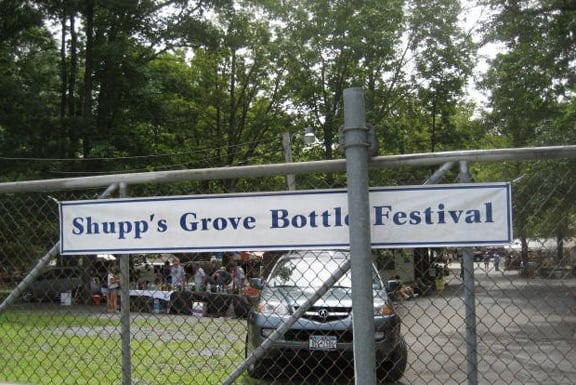 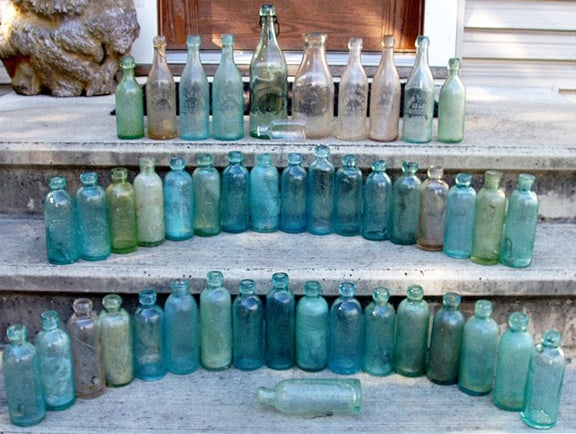 My Paterson bottles from Shupp’s Grove, many are new additions, some are upgrades and some are traders…
My first time there, as you can see I enjoyed myelf and I will be back… – Jim Eifler 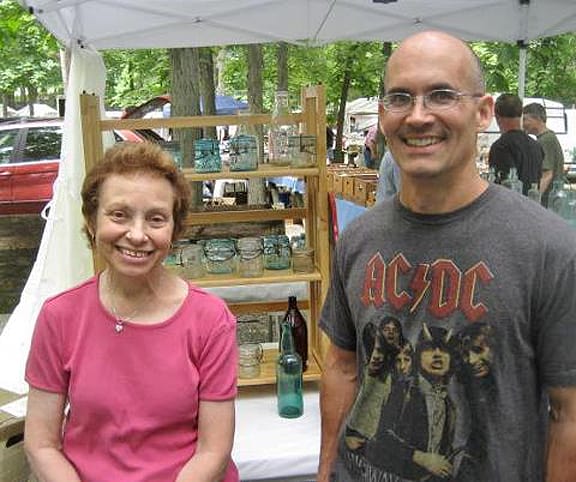 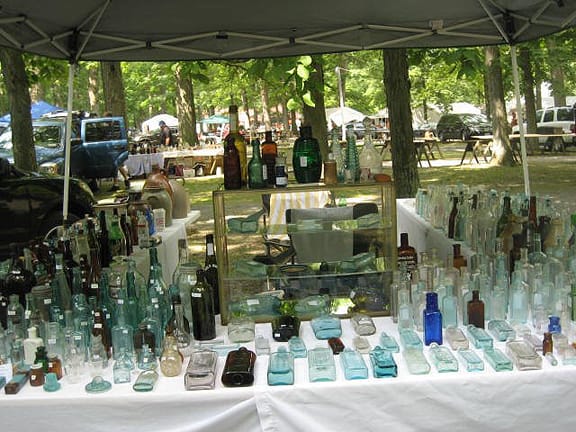 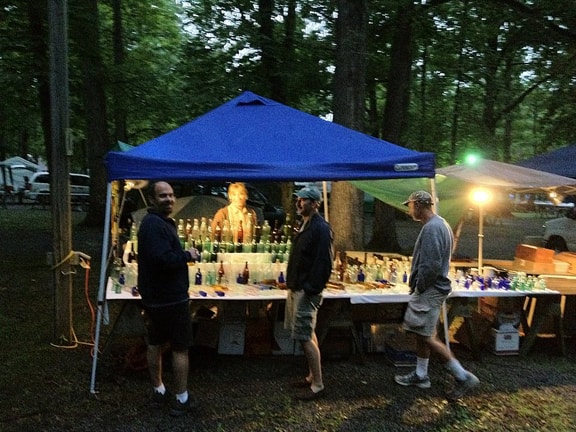 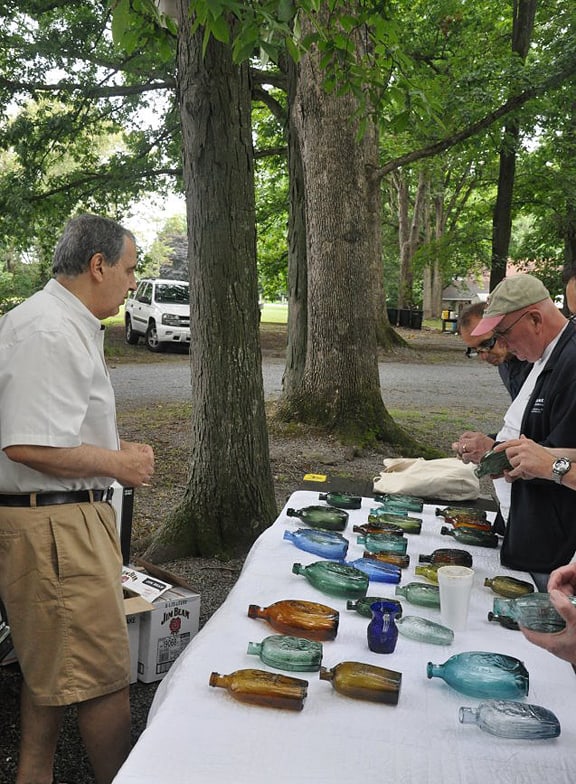 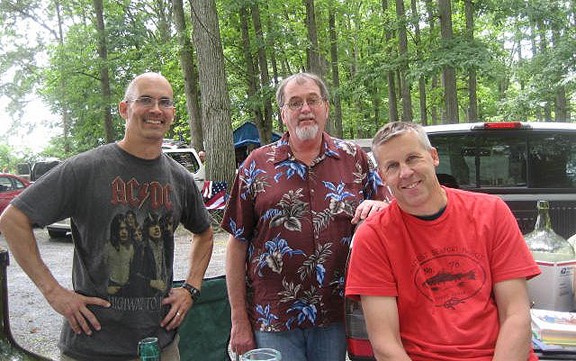 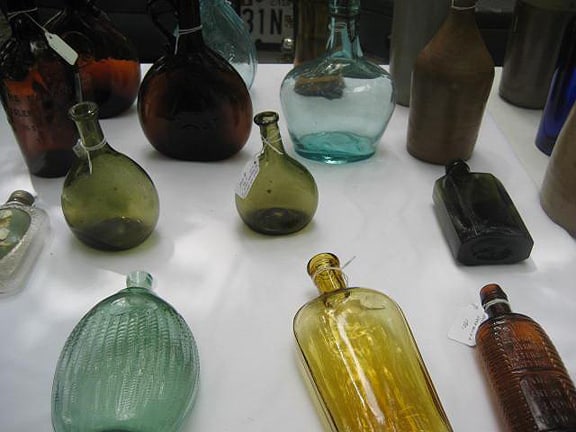 From Bob Barenski’s table – Bob knows what I like!! – Dana Charlton-Zarro 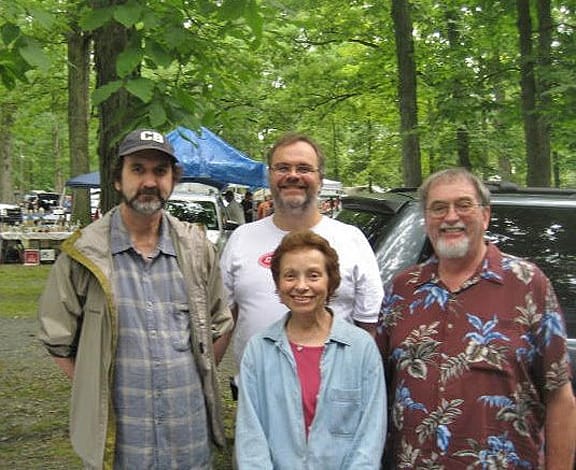 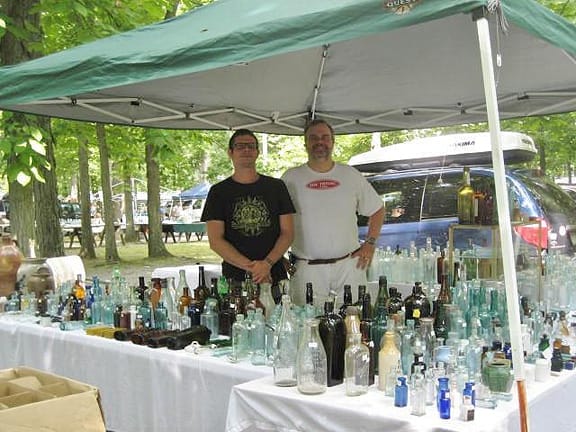 Jim Jack, Jr. and Edward D. Nikles – Jim was a wonderful stand-in for his famous Dad, who was home with a new granddaughter and family! Jim and Ed, thank you for all the fun this weekend – it was great! – photo Dana Charlton-Zarro 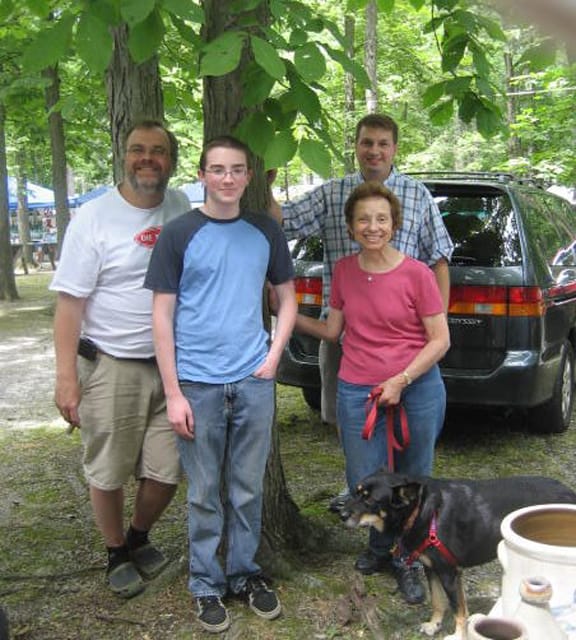 ‎Edward D. Nikles, Connor Rush, Matt Greig, Annie, and me (Dana Charlton-Zarro). Annie is in this photo! A show is more fun when we can be there together. She didn’t find any bottles, but lots of sticks! – photo post Dana Charlton-Zarro

Here are my David Boyle pint hutches, I added two new ones yesterday from Shupp’s Grove. The undated version from 1894-5, then a single digit 1906, four digit 1908, 11 & 1912 which like is dated on the bottom just like the blob of the same year. I also have a single digit 1908 that I need to go pick up, not sure why they would have a single digit and a four digit. The single digit 06′ variant was also a four digit example at some time, you can see the mold was peened out and they went with a single 6 instead… The bottle second from the left with “registered” at the bottom is the only known example of a “Thomas Patent” closure for this bottle, my bottle mentor would really like to have that bottle. It was a dug example but it cleaned up like brand new… – Jim Eifler 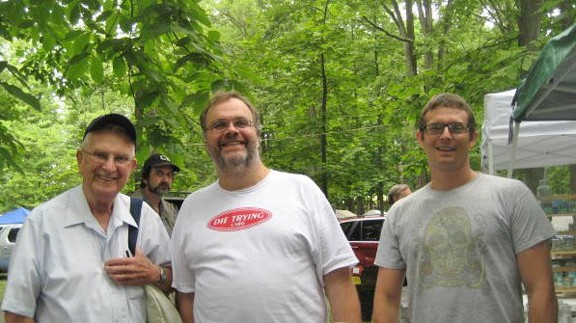 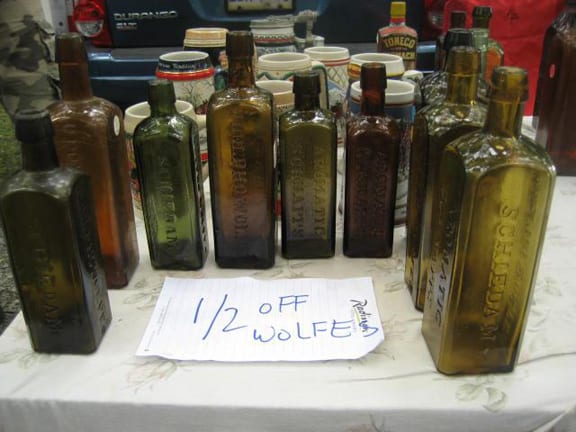 Tom Doligale, this one’s for you! – photo Dana Charlton-Zarro 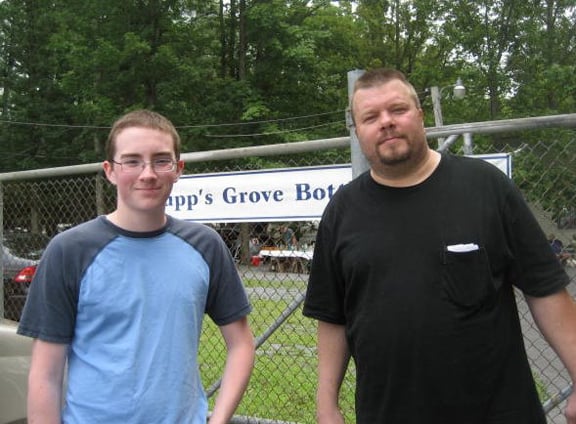