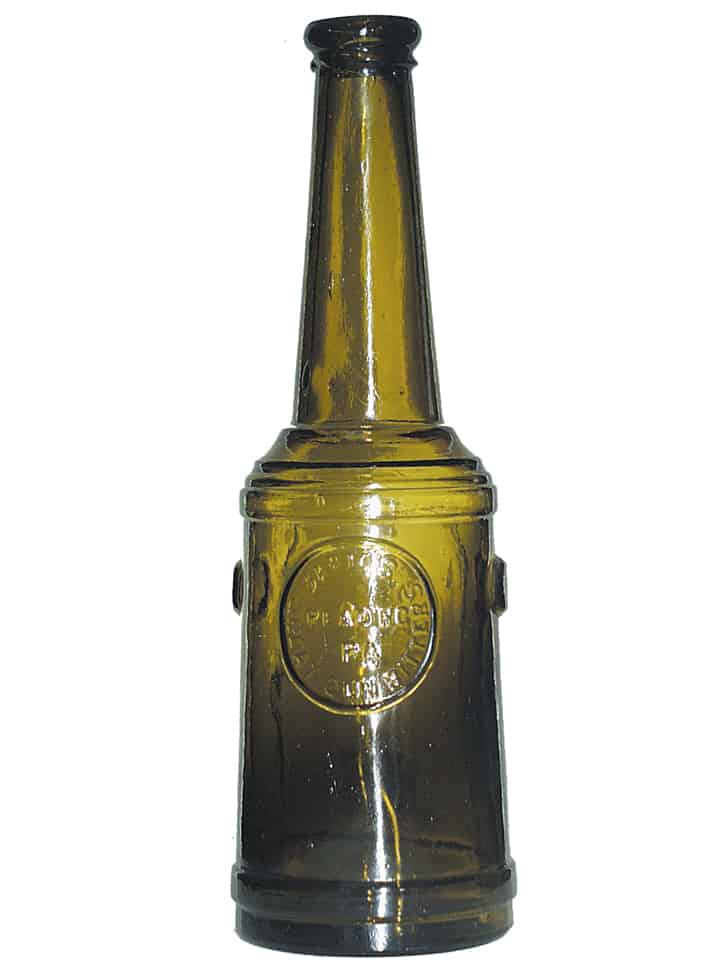 One could buy a Barto’s Bitters, a concoction of whiskey and herbal flavorings, from 1872 to 1892 at the family-run store at 437 Penn Street.

A cannon that I have not written about on Peachridge Glass with the exception of one post noting the sale of this legendary bottle (read: A Legendary Barto’s Great Gun Bitters Changes Hands) is the Barto’s Great Gun Bitters. This has to be one of my favorite figural Bitters bottles because of its strong form, clean lines and circular area where the embossing occurs (see below).

There is a fantastic article that I added to this post from the July, 5, 1978 issue of the Reading Eagle  (Read: 6th and Penn Site Rich in History) (see below). 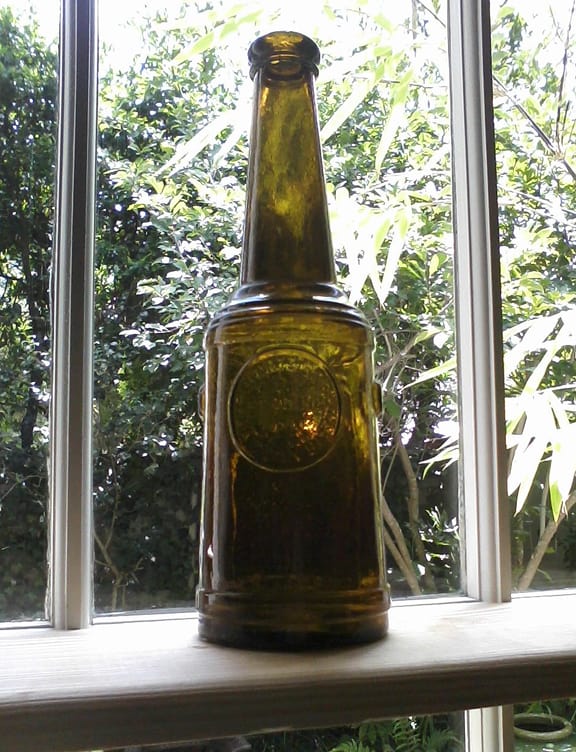 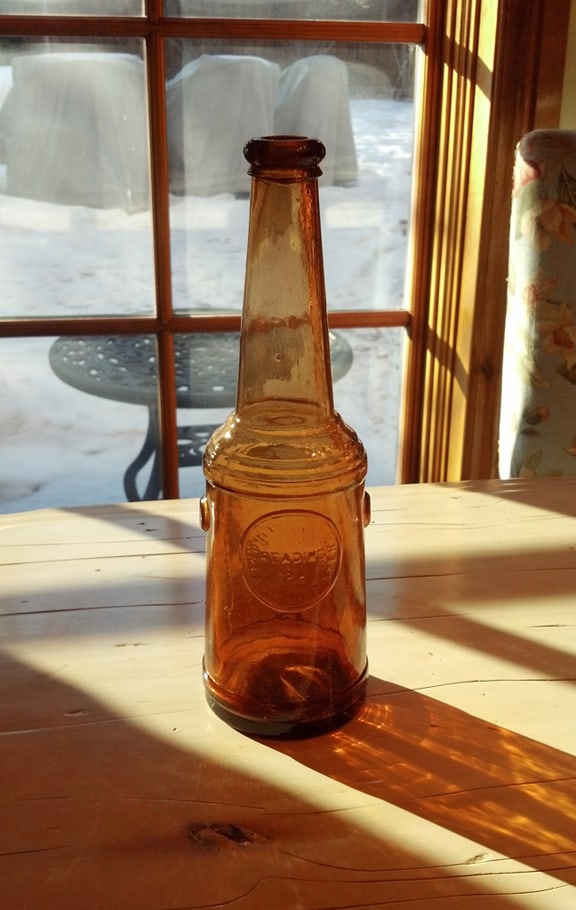 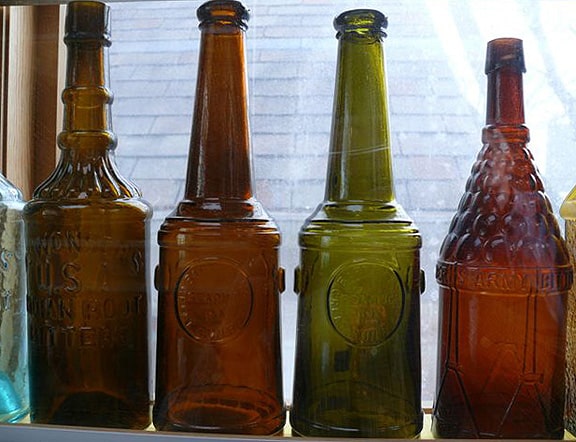 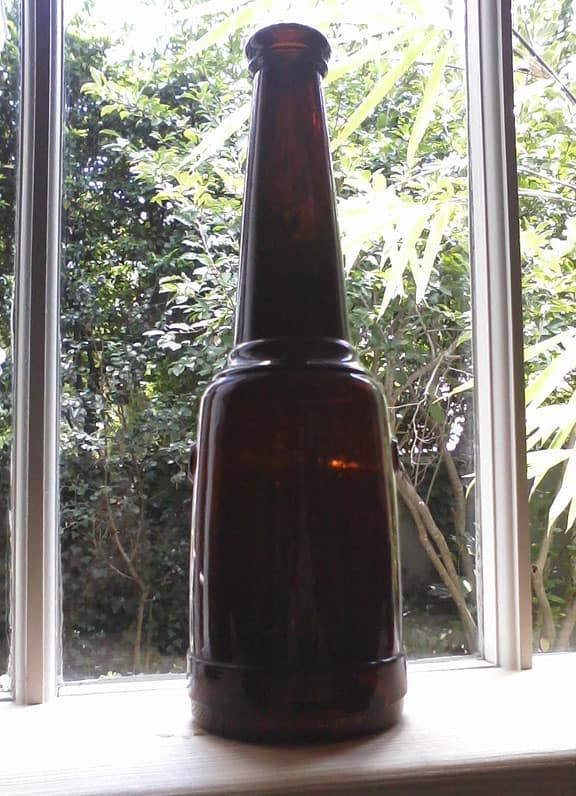 Embossed B & CO, on smooth base. Same form as the regular BARTO’S, not a finely made, and probably later label only variant. Deep “tobacco” amber. – Aprill Collection 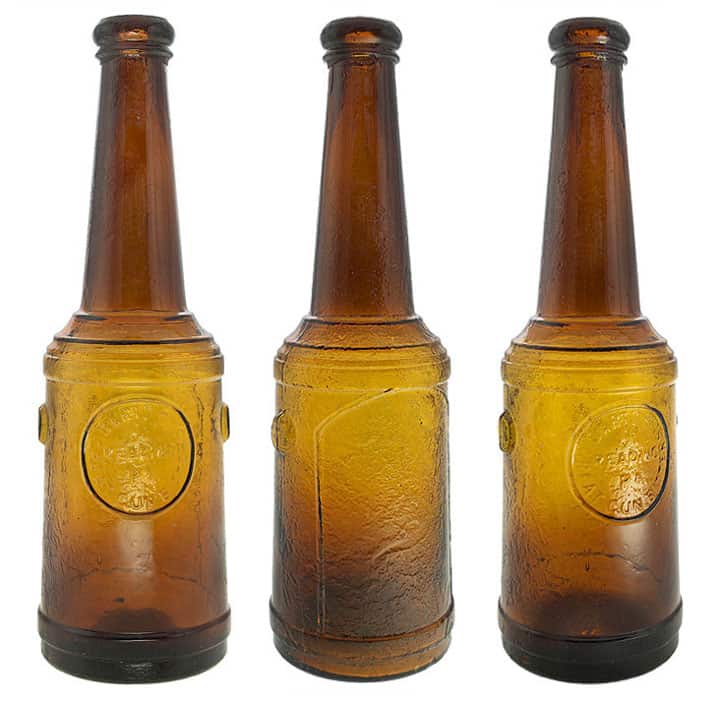 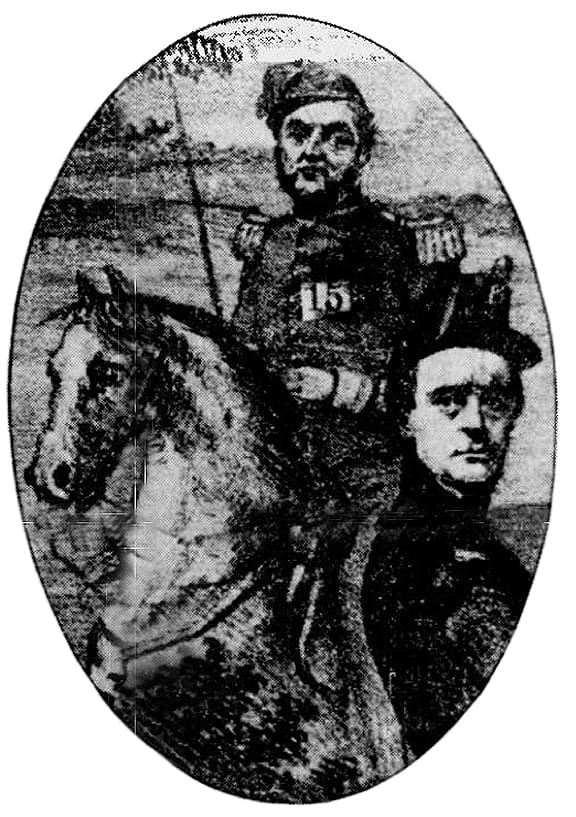 Tobias Barto was one of the best known men in Reading, Pennsylvania and was responsible for Barto’s Great Gun Bitters. Barto was born on June 3, 1822 in Oley, Pennsylvania, the son of Johannes Barth, also from Pennsylvania. Oley is a small town northeast of Reading. He started out in the mid 1840s as an iron manufacturer and operated the Spring Forge in Earl Township for a few years. 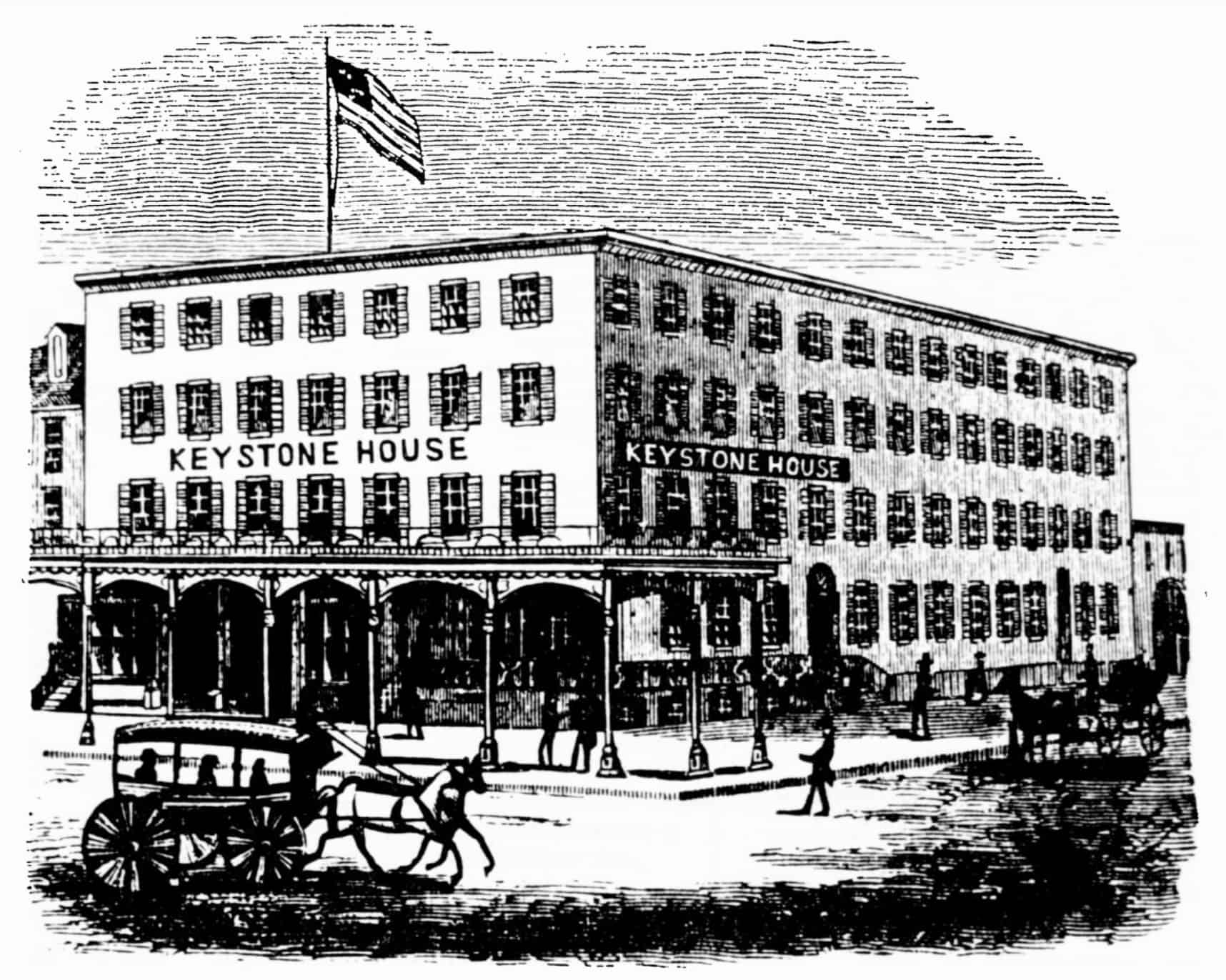 He next moved to Reading and bought and renovated the Green Tree from a man named Jared Epler on April Fools Day in 1845 for $8,000. In 1848, he opened and ran the newly renamed Keystone House hotel. In 1854, Barto built Keystone Hall which was behind the hotel. The space was used for public meetings, theatrical plays, operas, balls and fairs. It had the capacity for 500 people and was the setting for the “Grand Illumination Ball” which celebrated the first gas street lights in Reading. In the 1920s, this property was renovated again and became the Penn Hotel. 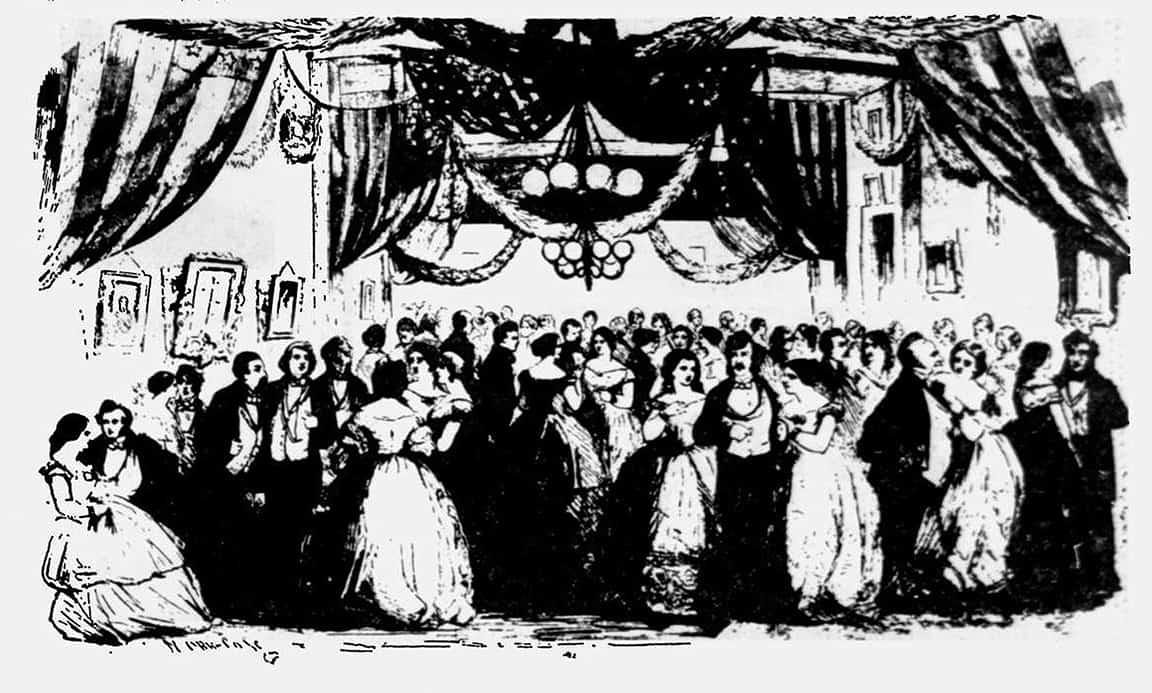 While he was the proprietor of the Keystone House, Barto became very prominent in the councils of the Democratic party. 1857, he was elected to the office of Register of Wills, and in 1865 was elected Sheriff of Berks County. He was also elected as a member of the Board of Prison Inspector in 1873 and a Councilman, among holding positions in other offices. For many years he was a government mail contractor and owner of stage lines running to numerous points.

In his early life, Barto was a captain of the Keystone Dragoons, a volunteer militia company organized by the county. He eventually went through the ranks from Captain to Brigadier General of the State Militia winning election in 1859. Obviously, this is why many refer to Barto as a General.

By 1860, Tobias Barto is listed as a retail wine and liquor dealer at 35 East Penn Square in Reading. His earliest bottles would probably have been made in Philadelphia at that time. He moved to his well-remembered 437 1/2 Penn Street address in 1872 next where he and later his sons, Charles and John, operated a liquor store through the 1880s up until 1892. The map below shows a red rectangle where the Keystone House and the Barto business was located. 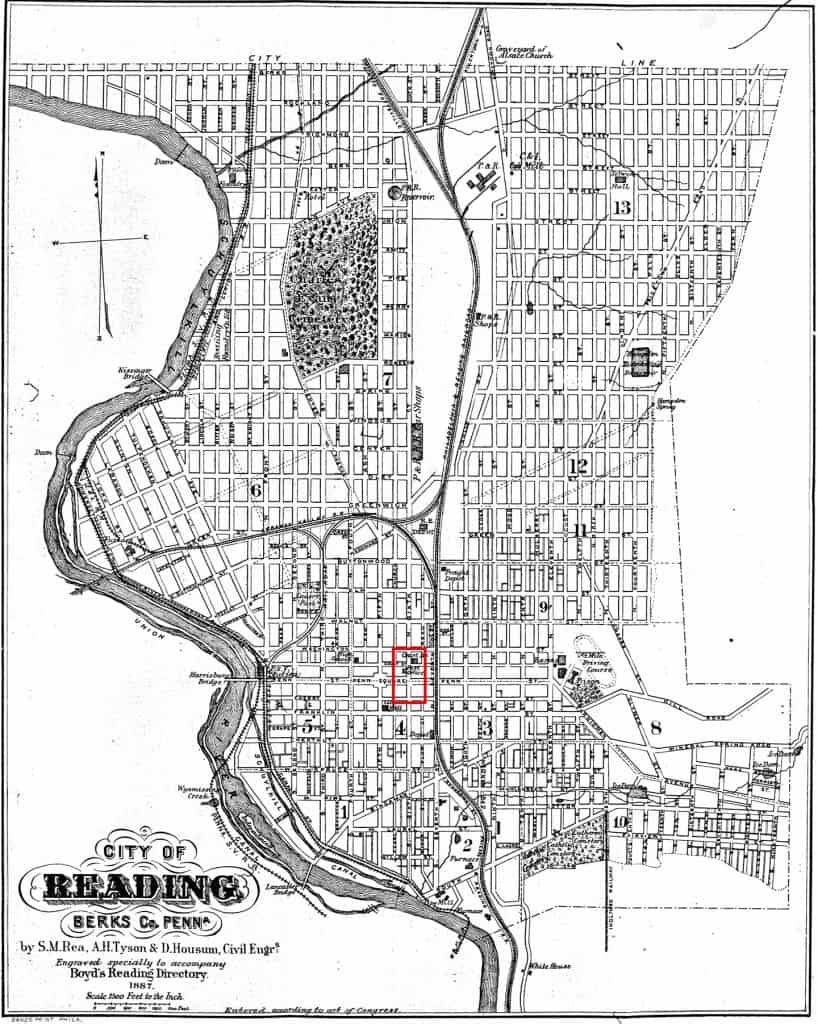 General Barto died on his delivery wagon in Reading on October 20, 1887 in the rear of his sons liquor store. The same store he had operated for many years. At the time of his death, he was the manager of the Pewrkiomen and Reading Turnpike Company. Apparently he had apoplexy of the heart. 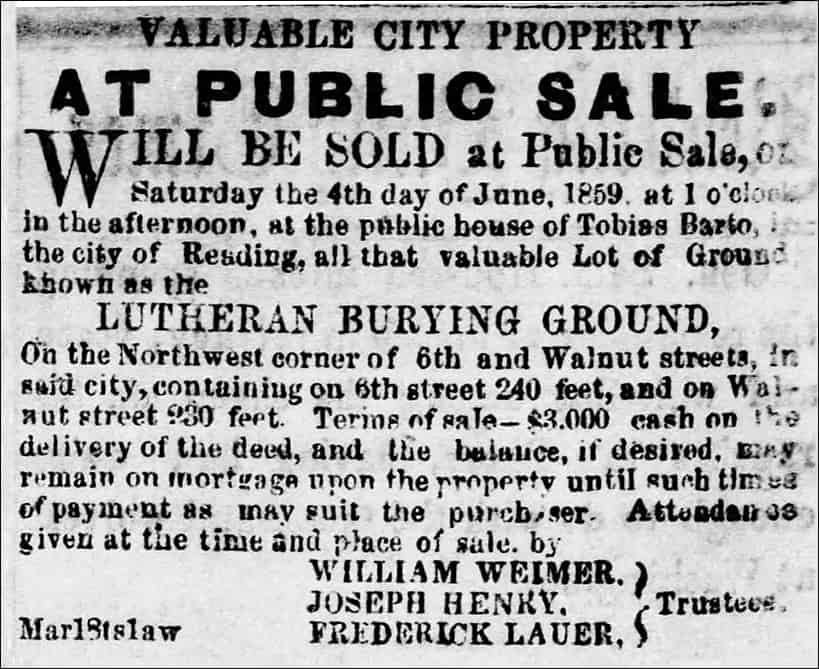 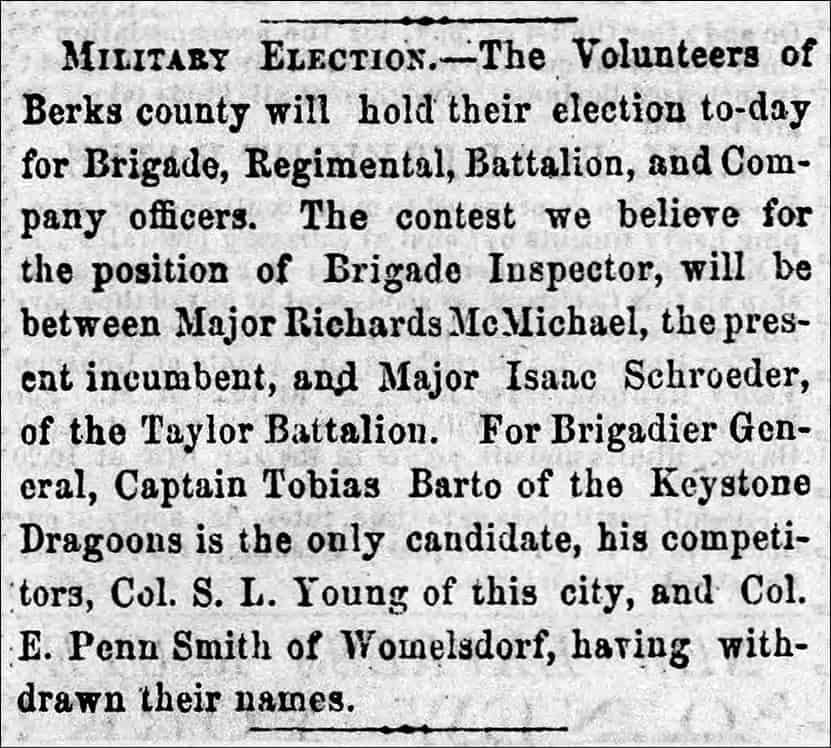 1863: Tobias Barto, Pennsylvania, 30 Sep 1863 – Register of Officers and Agents, Civil, Military, and Naval in the Service of the United States, Volume 1 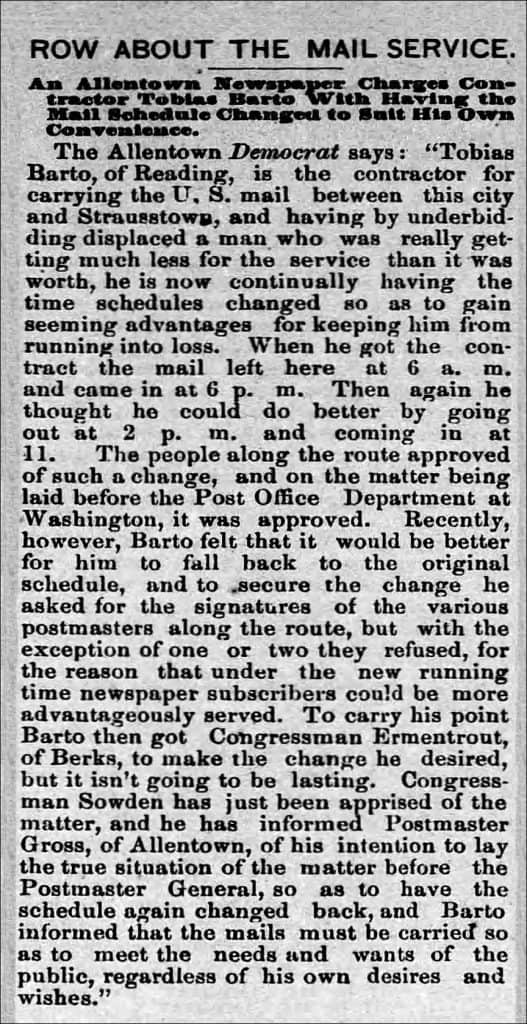 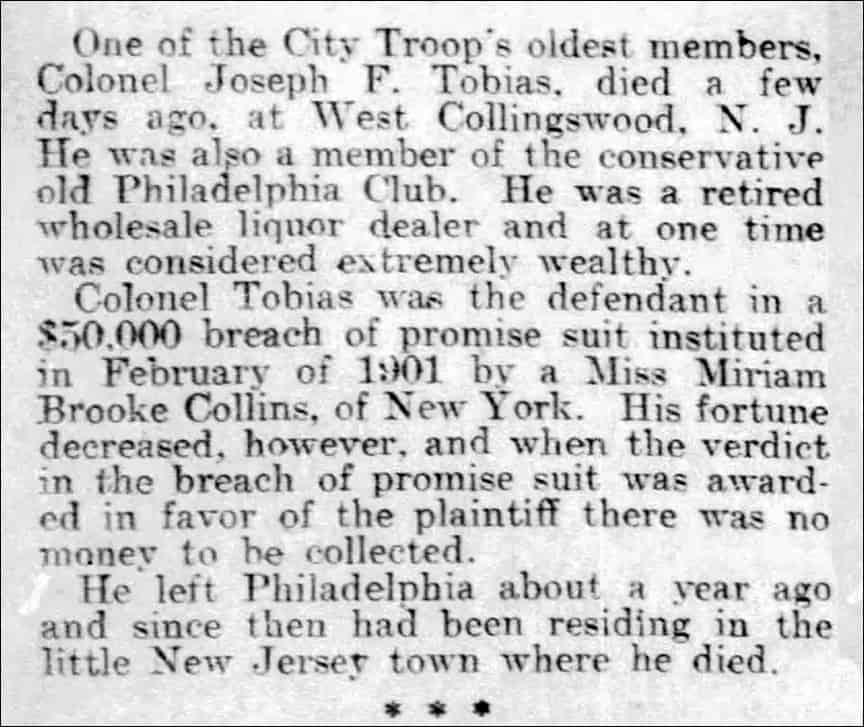