“Up and Going” Excelsior Ginger Ale 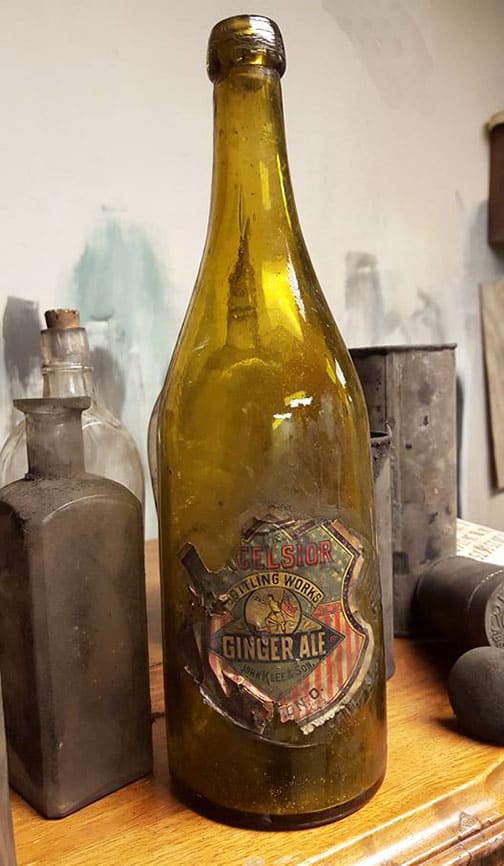 “Up and Going” Excelsior Ginger Ale

I received the following “Need Help” message from Troy Beck (Xenia, Ohio) over on PRG Facebook. I get a lot of these types of questions and I am usually clueless on some of the stuff. I’m all over it, if it’s up my alley or I try to move the question on to someone else if I can. This examples was a no-brainer as the bottle says Ginger Ale on the label. That would be our man Ken Previtali.

[From Ken Previtali – Ginger Ale Authority] John Klee Senior came to Dayton from Germany and began manufacturing mineral water and sodas in 1866. Eventually the company was operated by his sons. O. P. Klee continued operating the company until some time in the 1930s. Information courtesy of Steve Greene. 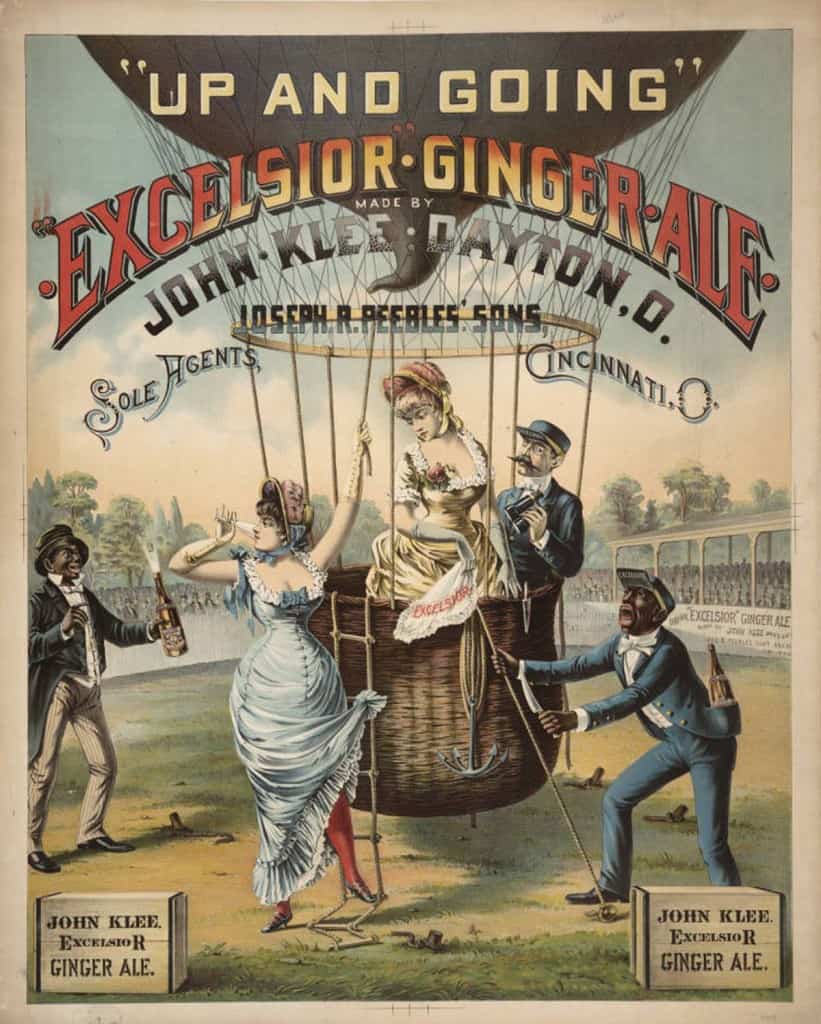 There is an 1885 lithograph poster for Excelsior Ginger Ale (original size 24 x 30″) that has been reproduced thousands of times. (“Excelsior” in Latin means “ever upward”, hence the “up and going” slogan and the balloon imagery.) See above.

This must have been an expensive advertising poster in 1885. It probably was produced by the “Sole Agent” for Excelsior Ginger Ale: Peebels Peebles’ Sons, Cincinnati, OH.  Peebles’ Sons was a major grocer supplying all kinds of goods to the local area and beyond. On his great website, Cincinnati Views, (http://cincinnativiews.net/index.htm)   Dan Prout tell us that in Cincinnati “at one time or another Peebles had branches at 64 East Fourth street, northwest corner Seventh and Mound streets, northeast corner Seventh and Cutter streets, and in 1883 they opened the branch on the northeast corner of East McMillan Street and Gilbert Avenue in Walnut Hills which was known as Kay’s Corner, called that after a local developer. Within two months the corner became known as Peebles Corner. It was rumored that Peebles gave gifts of cigars and groceries to bribe streetcar motormen to call out “Peebles Corner” at this stop.” “While there is no documentation saying so, it certainly appears that Peebles’  could afford to produce the poster.

However, what is interesting is the bottle in the poster is the reader’s bottle! (See detail cut below) I have never seen an example of the bottle before, even in that condition. It is a safe bet that the label design on the reader’s bottle dates back to at least 1885. The age of the bottle is more difficult to determine.

Ferdinand Meyer V is a native of Baltimore, Maryland and has a BFA in Fine Art and Graphic Design from the Kansas City Art Institute and School of Design. Ferdinand is the founding Principal of FMG Design, a nationally recognized design consultation firm. Ferdinand is a passionate collector of American historical glass specializing in bitters bottles, color runs and related classic figural bottles. He is married to Elizabeth Jane Meyer and lives in Houston, Texas with their daughter and three wonderful grandchildren. The Meyers are also very involved in Quarter Horses, antiques and early United States postage stamps. Ferdinand is the past 6-year President of the Federation of Historical Bottle Collectors and is one of the founding members of the FOHBC Virtual Museum.
View all posts by Ferdinand Meyer V →
This entry was posted in Advertising, Ginger Ale, Questions, Soda Water, Soft Drinks and tagged dayton, Excelsior, Ginger Ale, John Klee, label, O. P. Klee, question, Steve Greene, Troy Beck. Bookmark the permalink.