Good afternoon from Paducah, Kentucky, “Quilt Capital of the World”. You all watching the olive-yellow Kelly’s Old Cabin Bitters on eBay? Thanks to Andy Volkerts for tip. Looks too good to be true. Not throwing a red flag yet. In my hand though. SEE LISTING 42 bids, $12 k with two days left. Only 21 sales. Yipes. 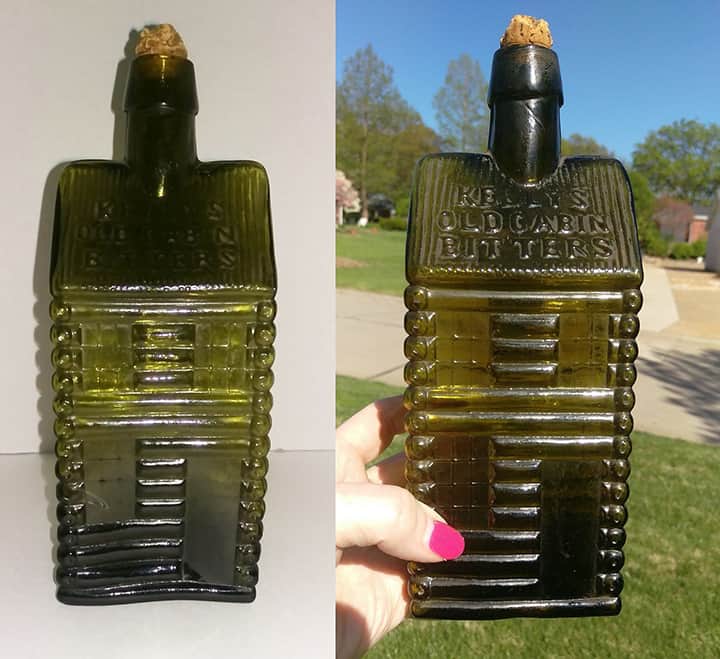 Sitting here in a little restaurant in Madisonville, Kentucky. Having a Stella or two trainspotting as I am by the tracks. City entry sign says “Best Town on Earth“. Hmmm. Who am I to argue, I am from baltimore which is on lock-down. Birds are playing in an empty stadium. Hmmm x 10. 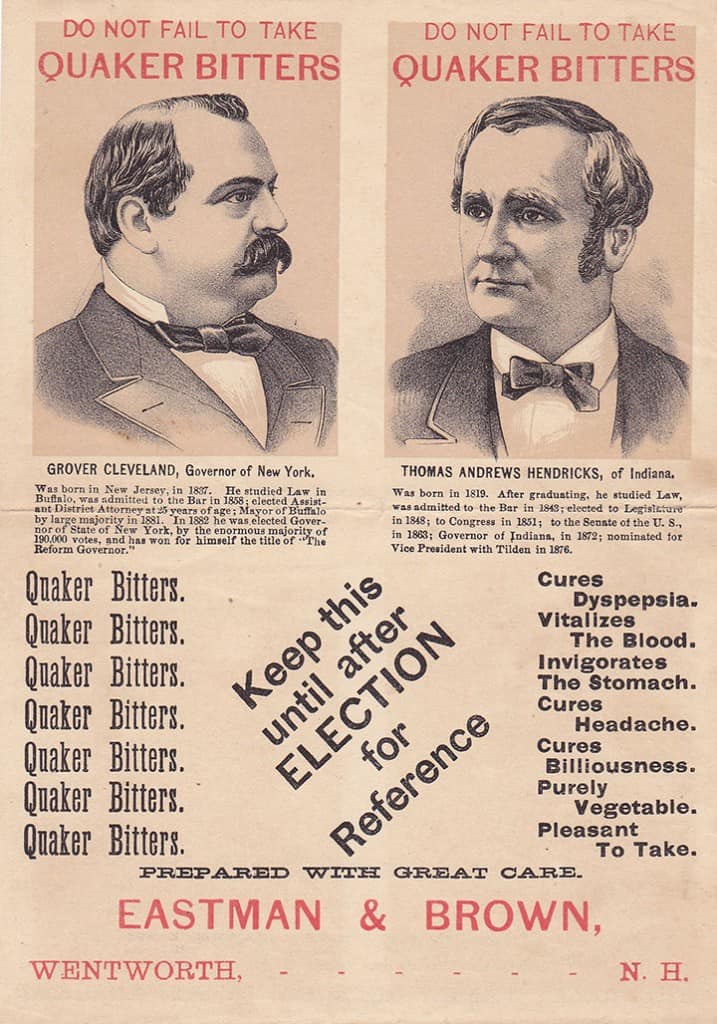 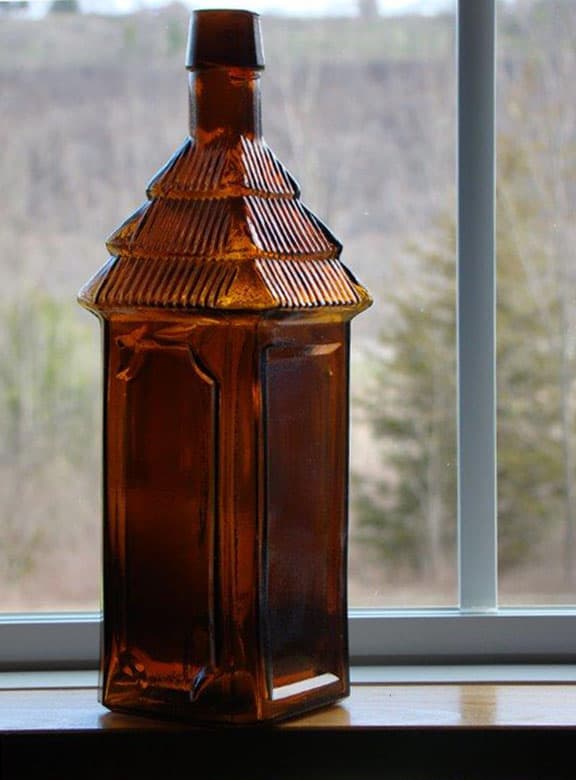 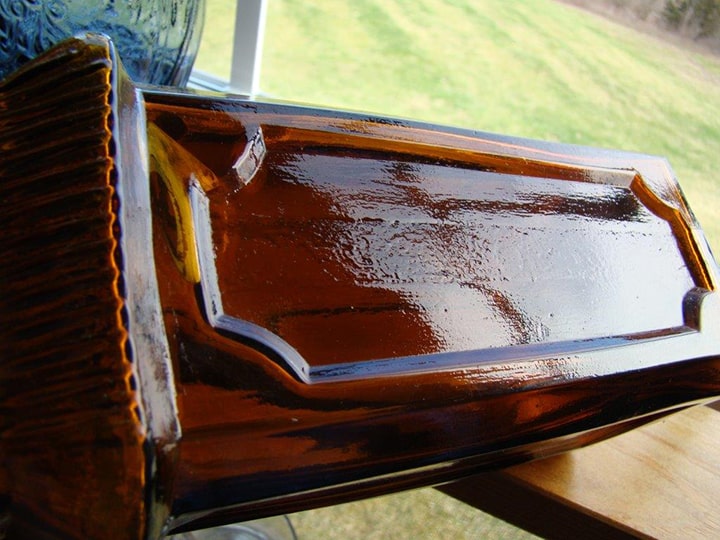 Jim Bender was showing me some pictures (above) of a recent un-embossed square cabin figural bitters that he possessed and asked if I had see it before? Actually, I think I have! It is related to one of the bottles in the still-life arrangement for our 2015 Chattanooga National Show graphics. See if you can spot it. Read: The Wiggs Brothers and their Fabulous Figural Cabin Bottle. The second picture obviously shows the slugged-out area for one of the embossed typography panels. 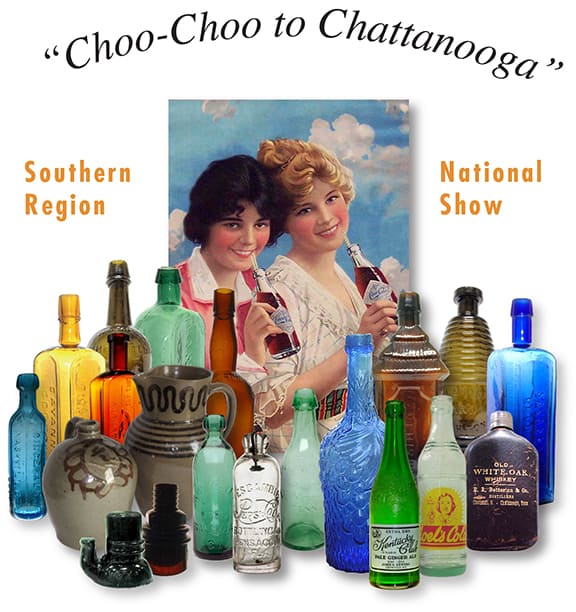 Catching an early flight out of Washington DC this morning to Augusta, Georgia for meetings. Hope to catch up with the Chattanooga National Chairs while I am there. 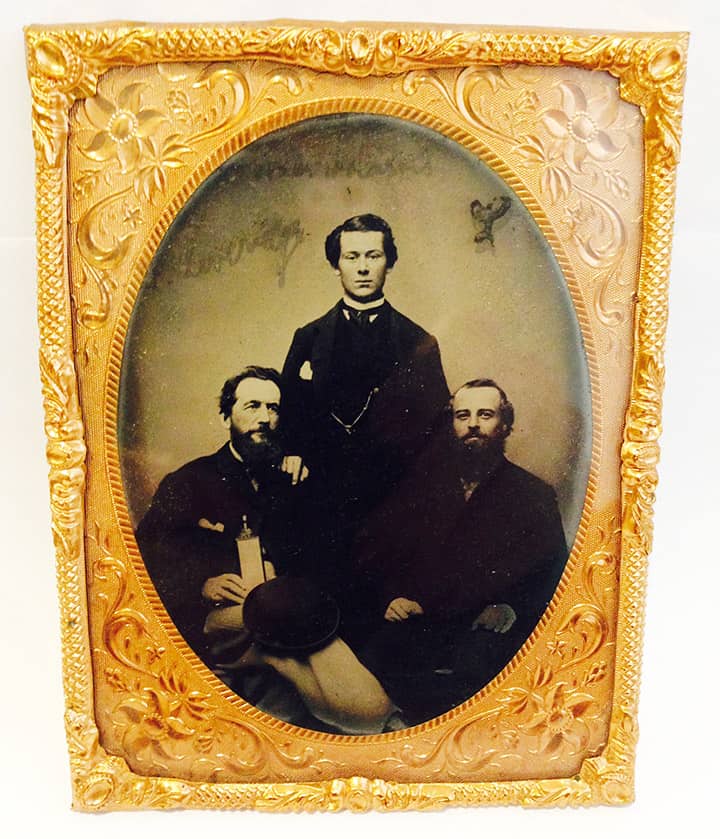 A treasure trove of E. Dexter Loveridge Wahoo Bitters items have been found in a house where his daughter Mary, used to live near Chicago. Look for a big story on PRG and Bottles and Extras. All items will be auctioned at the 2015 Chattanooga National Antique Bottle Show. That is Edwin Dexter Loveridge seated with one of his Wahoo Bitters bottles.

Sorry, travelled all last week and of to DC hear shortly. Lots happening! 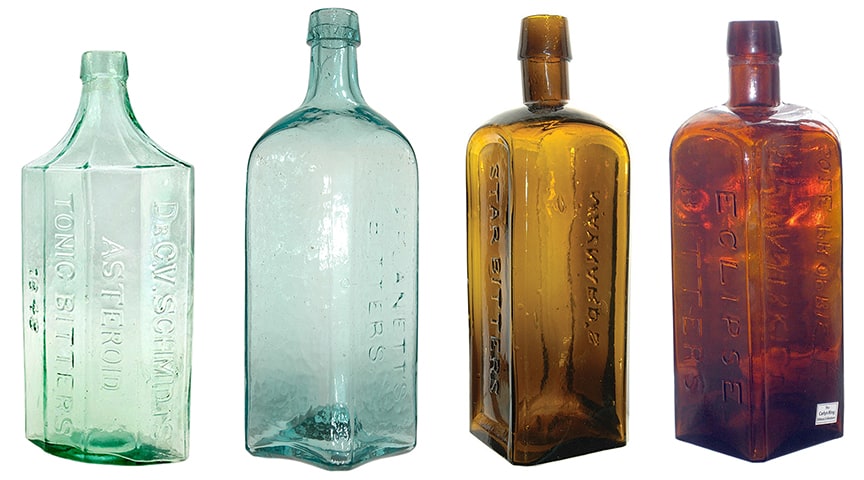 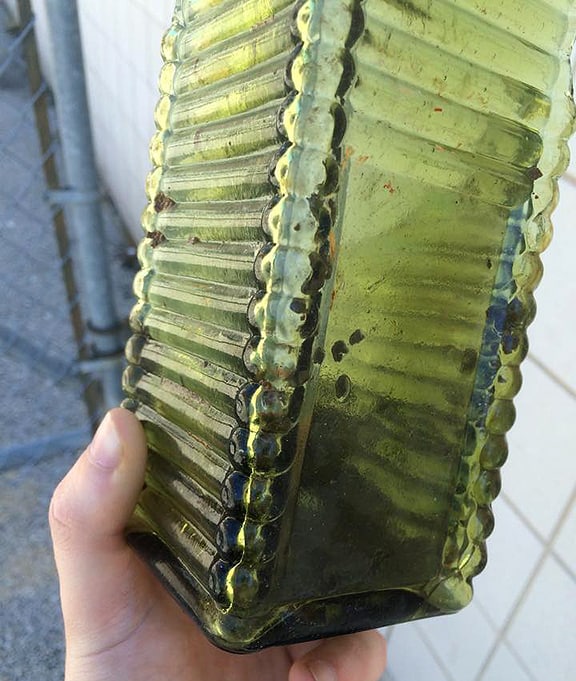 Hey Ferd, sometimes a good color comes up for auction.. but rarely do they come out of the dirt!! – Tom Leveille [PRG] I suspect it was missing the top part of the bottle. Still amazing! 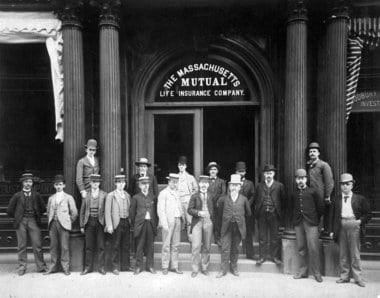 Hopefully there will be a MAJOR bottle announcement in the coming days. The picture above holds some clues. 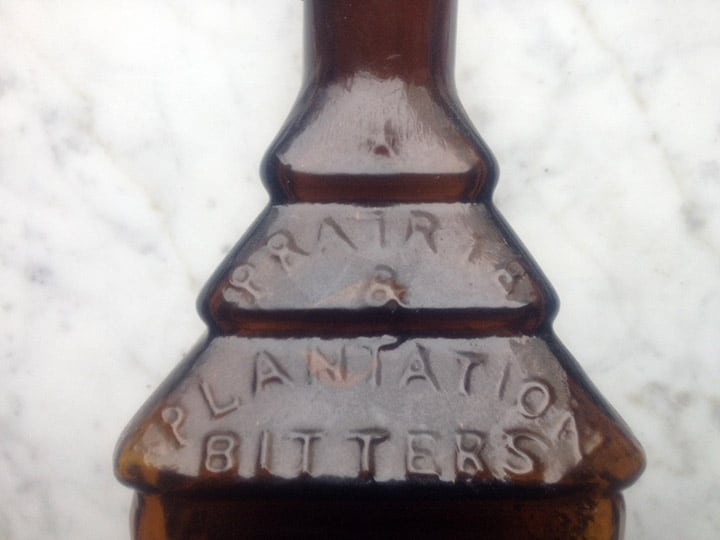 Been contacted about a Prairie & Plantation Bitters. OMG. Seen two examples before, one in California and one with Jim H. in Baltimore last month. Pictures just came in. It’s the real McCoy. 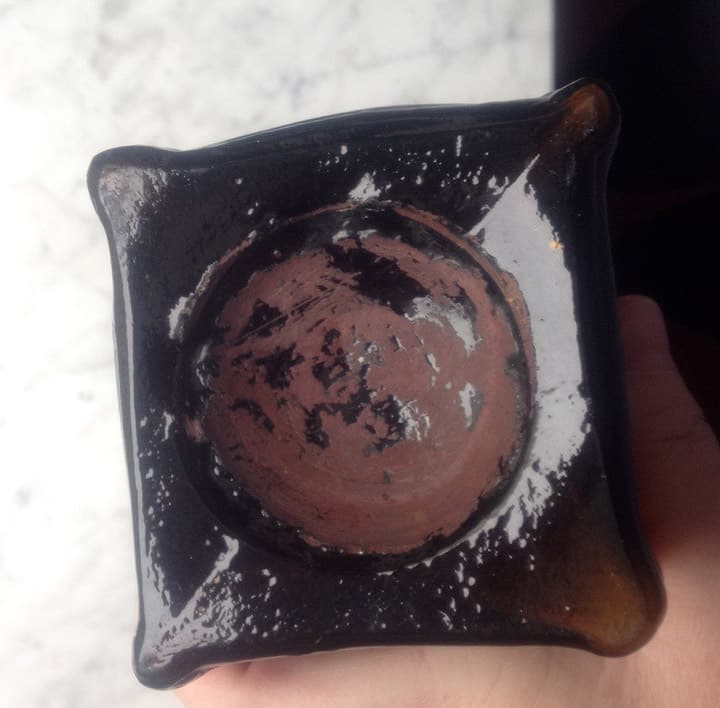 Love this label (yes it is actually a label, according to Dr. Townsend’s authority Rick Ciralli who has this example in his collection. 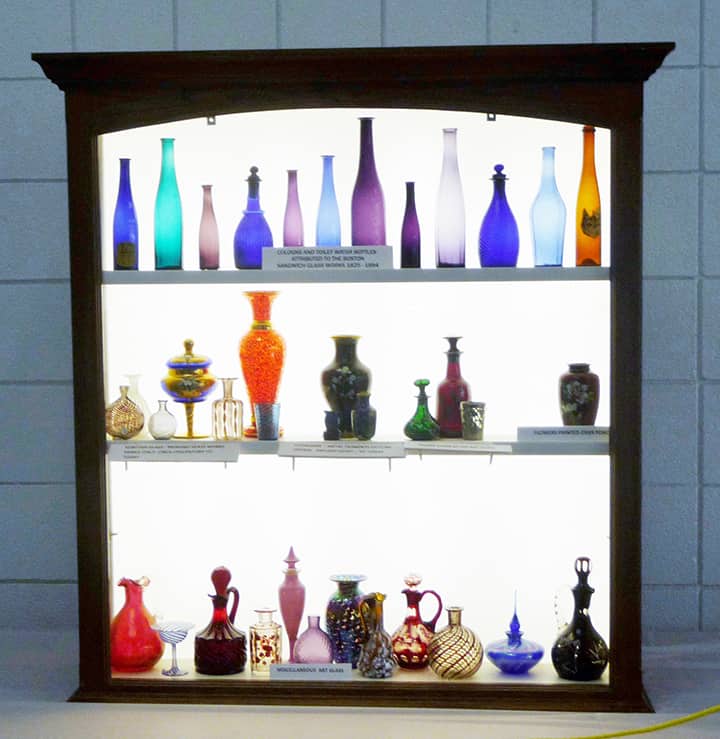 Venetian glass – Ferdinand, We briefly talked at the Morro Bay bottle show about Cologne and Bath Water bottles attributed to the Boston Sandwich Glass Factory. Pictured is a display of Cologne’s and Bath Water bottles and a few art glass pieces; Nailse, Venetian and silver over glass to name a few. This display was shown at the 49er Bottle Club bottle show at the Roseville Fairgrounds. The bottles in the picture are not often seen in displays or on sales tables. They add color and attract the attention of those who pass by. – George Wagoner

John Lindeman selling the Celebrated Eagle Tonic Bitters in Baltimore, Maryland in 1870 per the Woods Baltimore City Directory listing. I believe this is unlisted. I will further review. 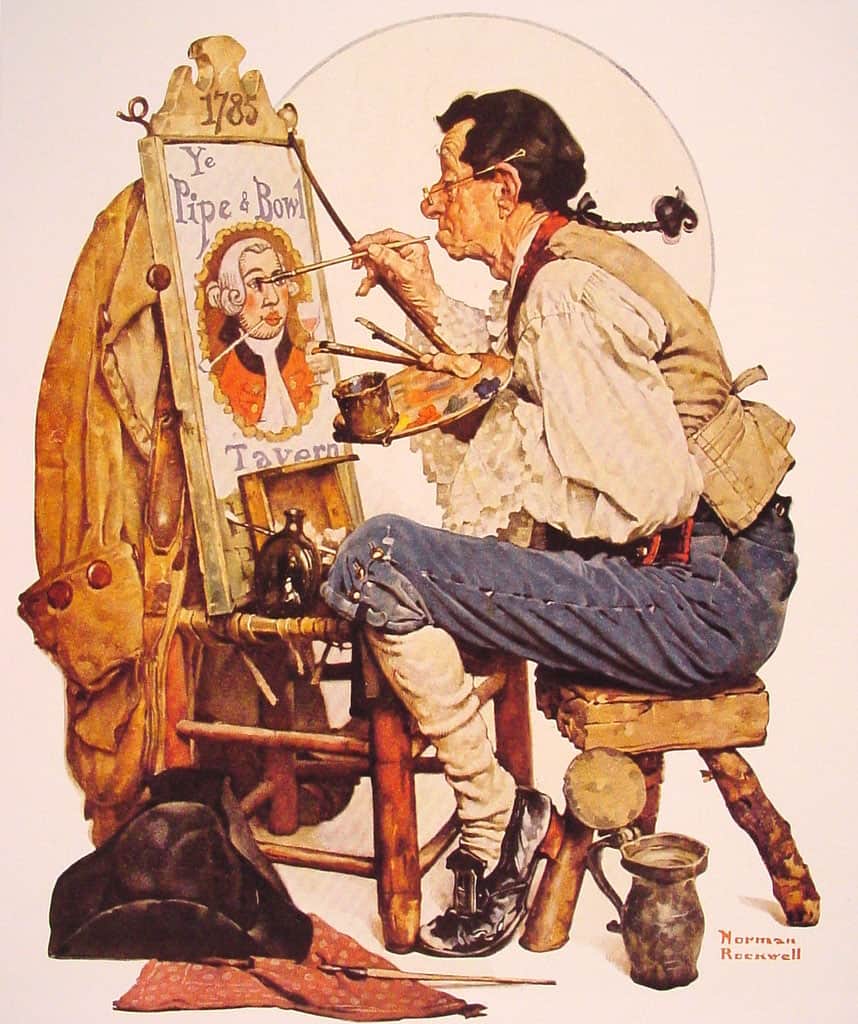 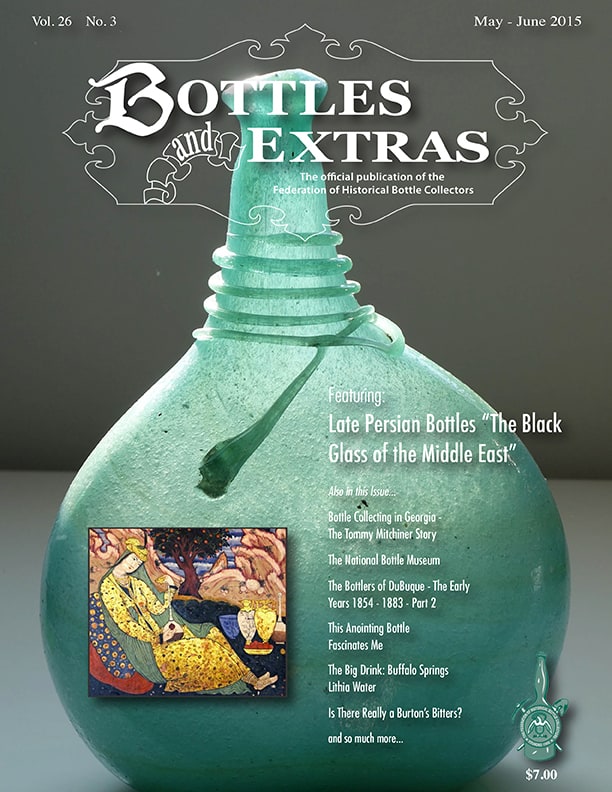 May | June issue of Bottles and Extras goes to the printer today in Missouri after four editor reviews. Going to be a great issue.

Ferdinand Meyer V is a native of Baltimore, Maryland and has a BFA in Fine Art and Graphic Design from the Kansas City Art Institute and School of Design. Ferdinand is the founding Principal of FMG Design, a nationally recognized design consultation firm. Ferdinand is a passionate collector of American historical glass specializing in bitters bottles, color runs and related classic figural bottles. He is married to Elizabeth Jane Meyer and lives in Houston, Texas with their daughter and three wonderful grandchildren. The Meyers are also very involved in Quarter Horses, antiques and early United States postage stamps. Ferdinand is the past 6-year President of the Federation of Historical Bottle Collectors and is one of the founding members of the FOHBC Virtual Museum.
View all posts by Ferdinand Meyer V →
This entry was posted in Advice, Daily Dose, News. Bookmark the permalink.