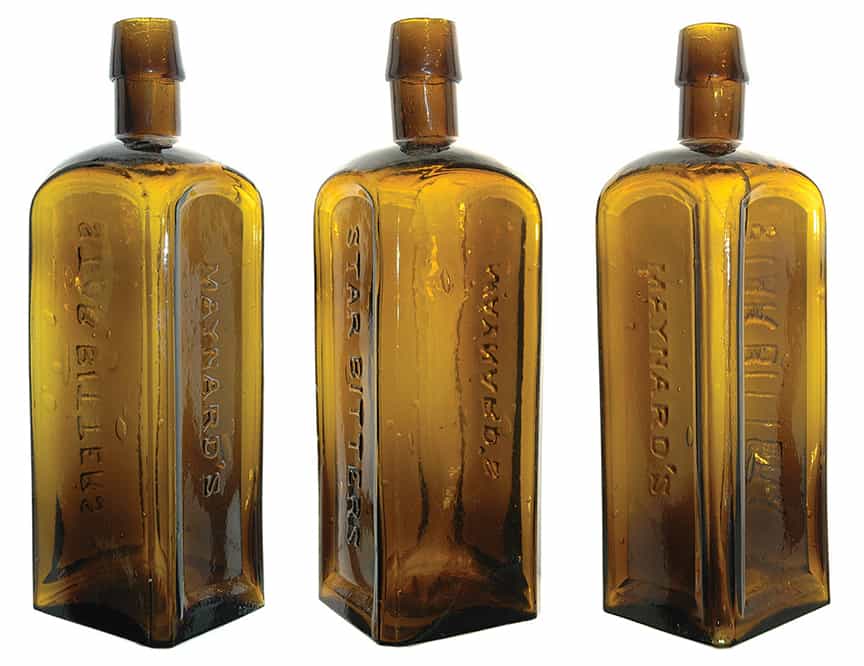 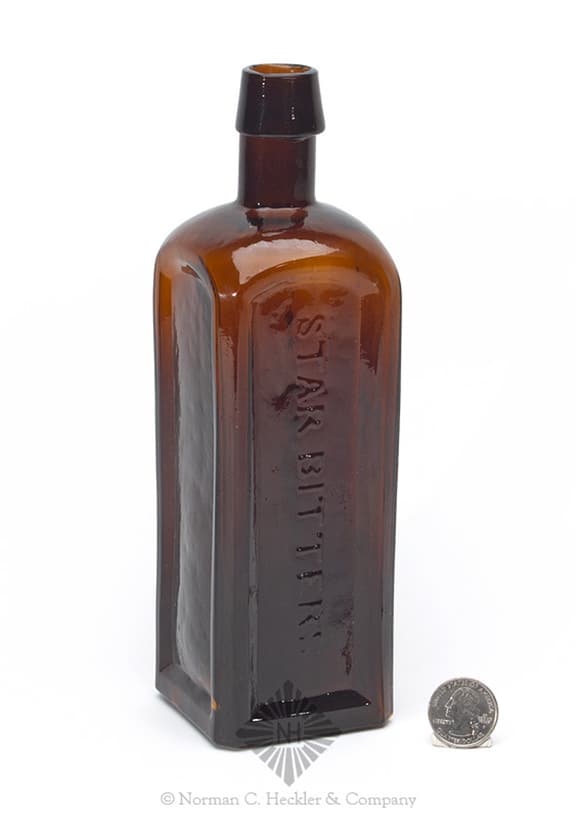 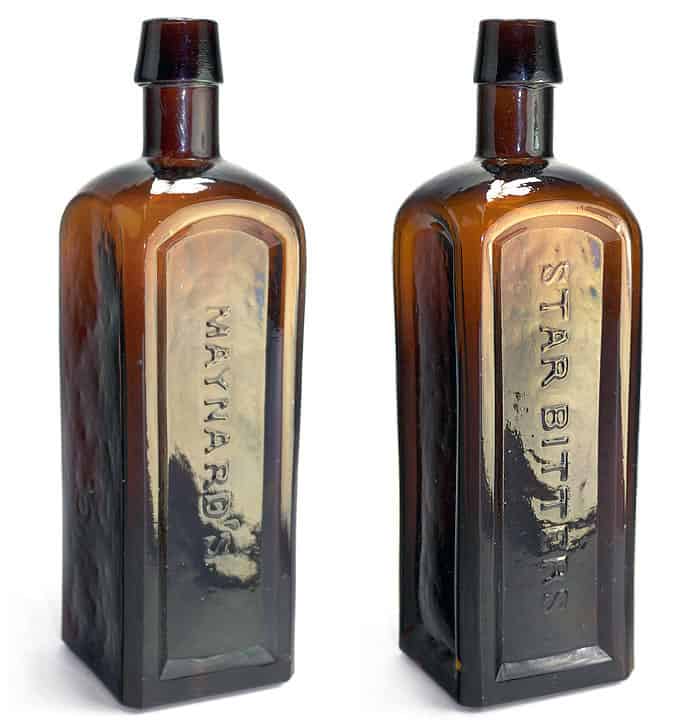 What is exciting is that five of these bottles were found in a dig in Beaver Falls, Pennsylvania. At that time, the bottle was a new find and unlisted. Two were broken and two had some damage. Four were in amber. My example came out in great condition and in unique coloration with olive amber tones. You can read about the dig and discovery in the July/August 2008 issue of the FOHBC Bottles and Extras.

The Carlyn Ring and Bill Ham listing in the upcoming Bitters Bottles Supplement 2 will be:

E. Frank Maynard was a druggist and a manufacturer of patent medicines between 1869 and 1873 in Pittsburgh, Pennsylvania. It is most likely that he put out a limited run of Maynard’s Star Bitters in 1870 and 1871. Later Maynard was a liquor broker at various locations in Pittsburgh. There is very little information other than he was born in Ohio in 1845. His parents were from Vermont. His wife was Rosanna Maynard and children were May, Nellie, Florence and Asa Maynard. 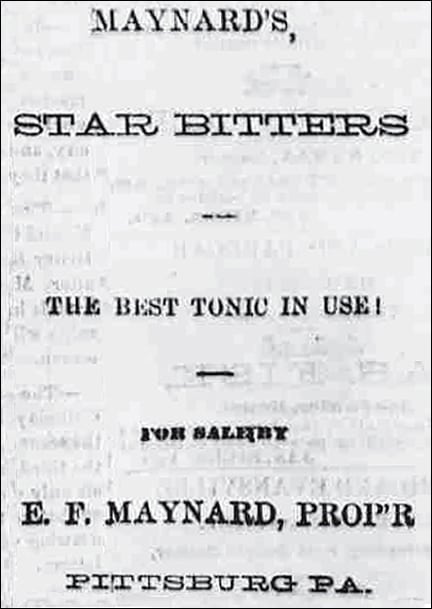 Ferdinand Meyer V is a native of Baltimore, Maryland and has a BFA in Fine Art and Graphic Design from the Kansas City Art Institute and School of Design. Ferdinand is the founding Principal of FMG Design, a nationally recognized design consultation firm. Ferdinand is a passionate collector of American historical glass specializing in bitters bottles, color runs and related classic figural bottles. He is married to Elizabeth Jane Meyer and lives in Houston, Texas with their daughter and three wonderful grandchildren. The Meyers are also very involved in Quarter Horses, antiques and early United States postage stamps. Ferdinand is the past 6-year President of the Federation of Historical Bottle Collectors and is one of the founding members of the FOHBC Virtual Museum.
View all posts by Ferdinand Meyer V →
This entry was posted in Auction News, Bitters, Druggist & Drugstore, History, Liquor Merchant, Tonics. Bookmark the permalink.