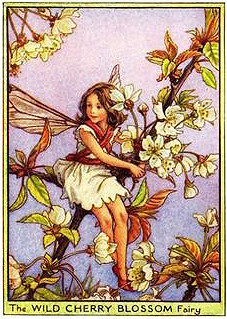 For the Convenience of Hotels and Saloon Keepers

Many of the old-time druggists make up bitters by putting wild cherries, together with the inner bark of the wild-cherry tree, into whiskey. This is a fine spring tonic, and some prefer it to sassafras tea. It is good for almost any ailment, in a pinch, and even families who are notoriously dry keep a quart of bitters in case of sudden sickness. A mixture of whiskey and rock candy is popular too but is not so highly recommended as the famous wild-cherry bitters.

The source for the paragraph above is unknown as I had it tucked away with these clippings of an unlisted De Havens Wild Cherry Bitters from Chicago. All three advertisements are from 1870 and most likely are related  to a J. C. (or Z) De Haven who was born in 1816 or so in Pennsylvania and was a liquor merchant with his depot at 182 Washington Street. He called his Wild Cherry Bitters the “Best Tonic in the World” and said it was put up in cases of a dozen for the convenience of hotels and saloon keepers. I wonder what the alcohol content was? 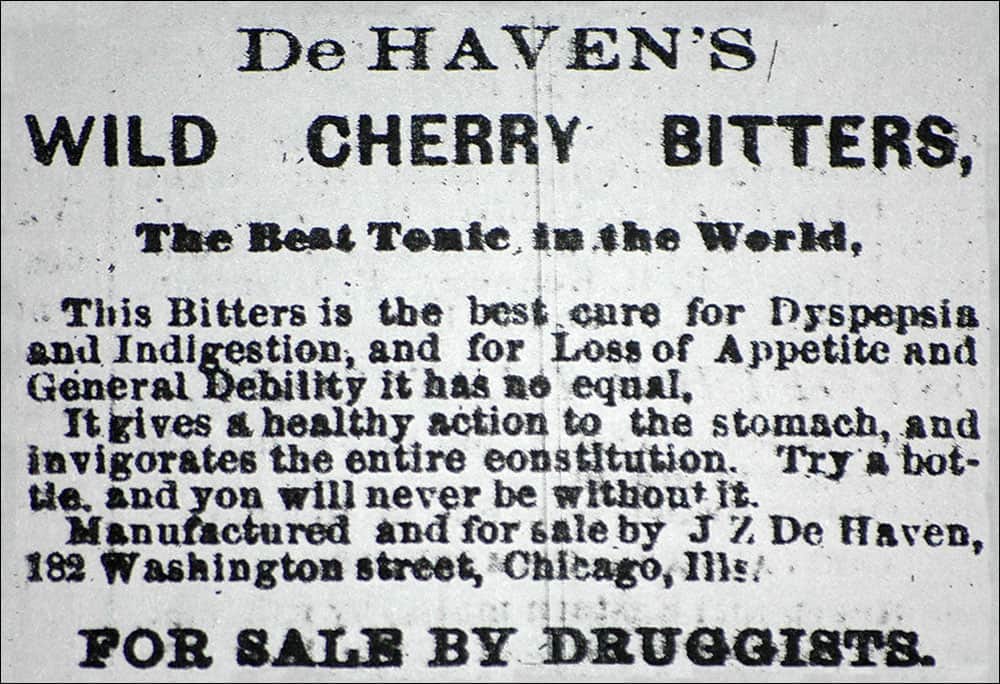 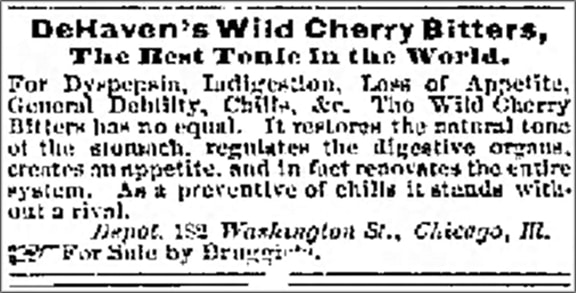 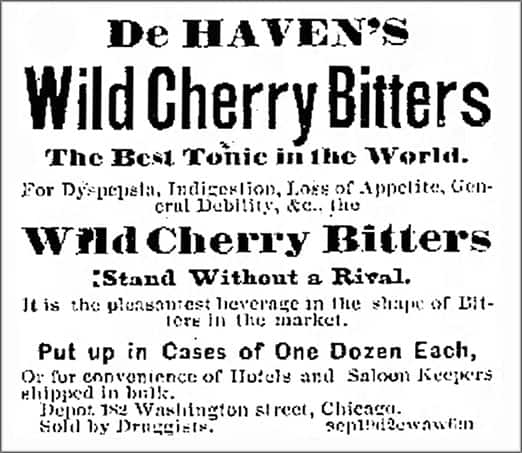 The Carlyn Ring and W.C. Ham listing in Bitters Bottles Supplement 2 is as follows:

It’s tempting to try to tie the DeHaven’s Wild Cherry Bitters to the DeHaven’s Dyspepsia Destroyer or “D. D. D.”. That is not the case. 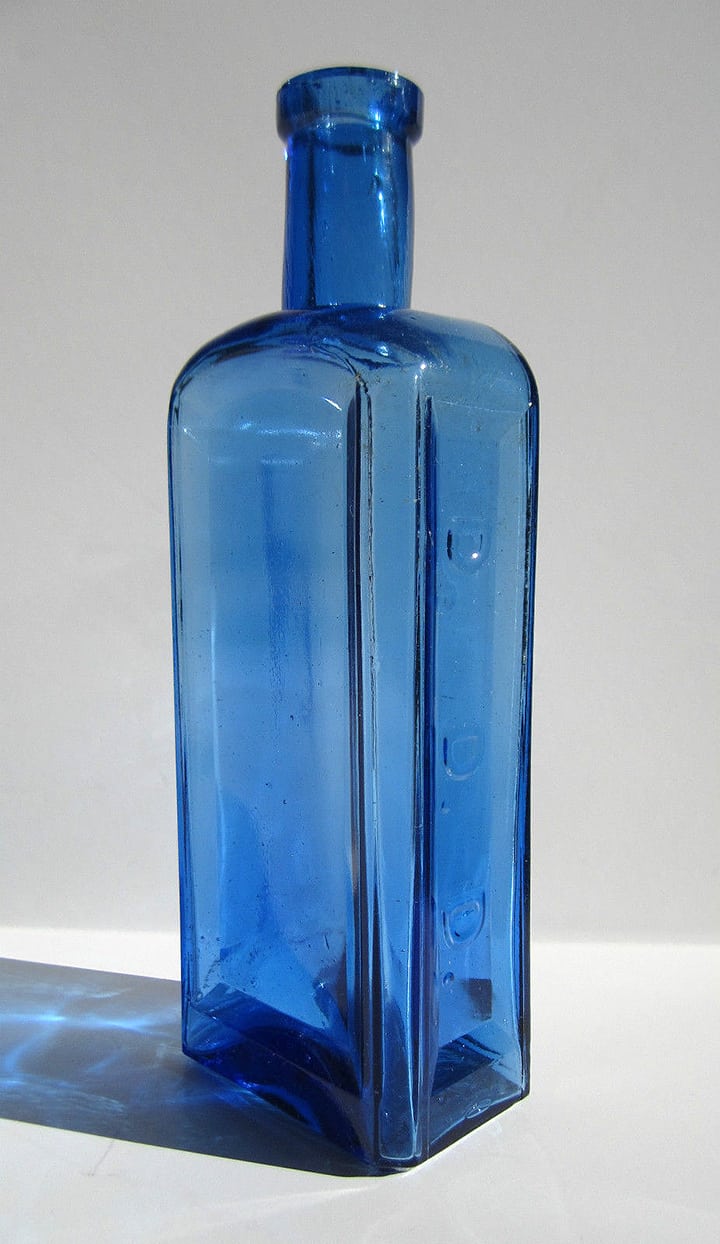 Ferdinand Meyer V is a native of Baltimore, Maryland and has a BFA in Fine Art and Graphic Design from the Kansas City Art Institute and School of Design. Ferdinand is the founding Principal of FMG Design, a nationally recognized design consultation firm. Ferdinand is a passionate collector of American historical glass specializing in bitters bottles, color runs and related classic figural bottles. He is married to Elizabeth Jane Meyer and lives in Houston, Texas with their daughter and three wonderful grandchildren. The Meyers are also very involved in Quarter Horses, antiques and early United States postage stamps. Ferdinand is the past 6-year President of the Federation of Historical Bottle Collectors and is one of the founding members of the FOHBC Virtual Museum.
View all posts by Ferdinand Meyer V →
This entry was posted in Advertising, Bitters, Medicines & Cures, Tonics and tagged bitters, cherry, chicago, DeHaven, Dyspepsia, illinois, Tonic, unlisted, wild. Bookmark the permalink.