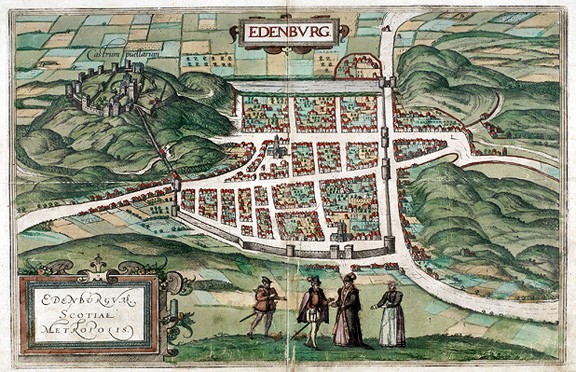 Here we have yet another mysterious and unlisted ‘orange bitters‘ trade card from the Joe Gourd collection (see below). At first I thought that there was not much to go on but quickly located Richards and Harrison (William H. Richards and Robert J. Harrison) in San Francisco. On the back of the trade card, they are listed as Agents and Importers of Bernard’s Orange Bitters and Bernard’s Old Tom Gin. They also imported English, Scotch and Irish ales, porters, foreign wines and liquors. The good stuff. A ’boutique’ establishment for sure. So who is Bernard? We probably need to travel. 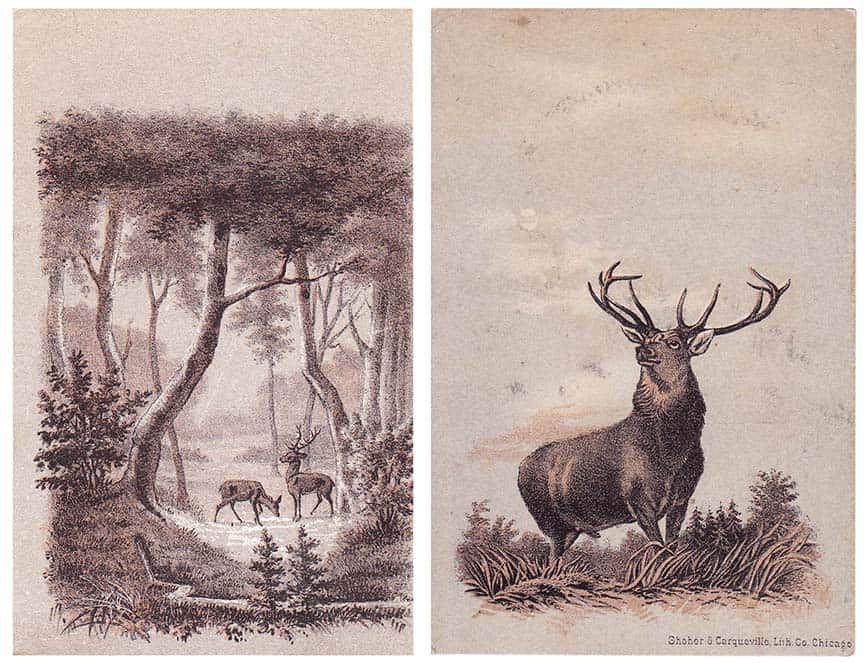 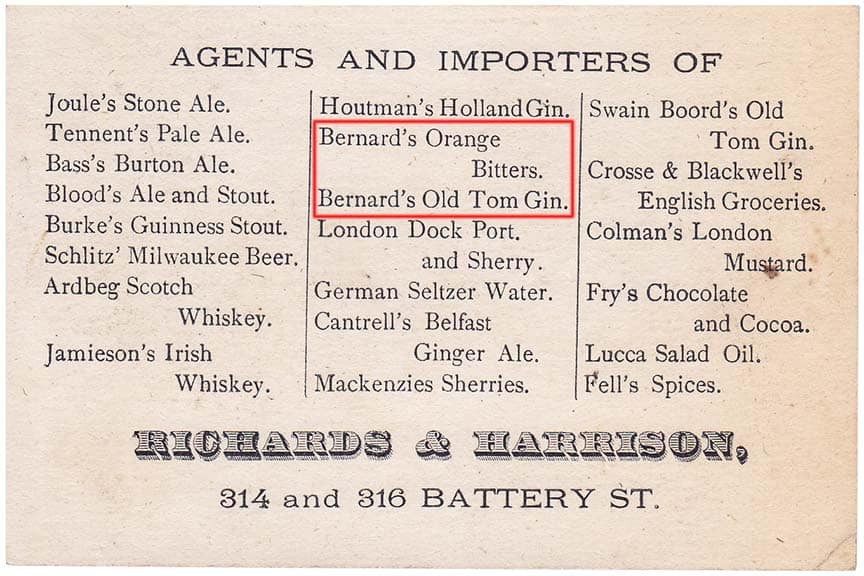 My first hit on Bernard takes us to Quebec where I find an 1865 advertisement (below) for Bernard & Co’s (trade mark) of Leith, Scotland. They actually mention the Old Tom Gin. Looks like we are going to cross the pond to look for this bitters. 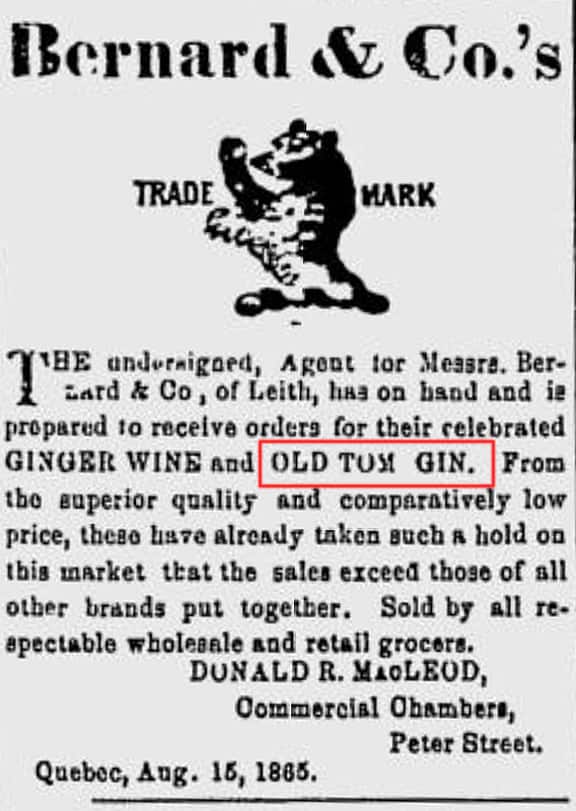 Another search confirms that we are talking about Bernard & Company from Edinburgh, Scotland. This 1862 advertisement below shows that 50 cases of Bernard & Co’s Orange Bitters were ‘Just Received’ by W. H. Richards & Co. at 708 Sansome Street in San Francisco. Note that Old Tom Gin was also included in the shipment. 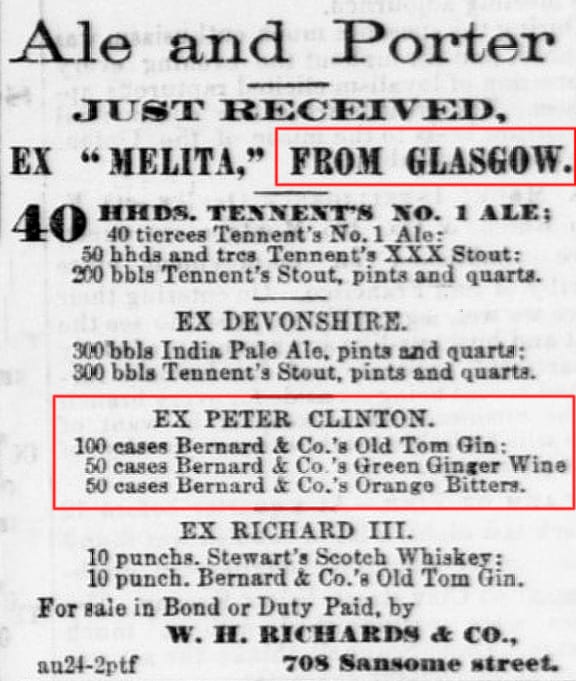 Thomas and James Bernard (Thomas & James Bernard LTD) began brewing at the Edinburgh Brewery, North Back Canongate, Edinburgh, Scotland, in 1840. Thomas Bernard died in 1874 and was succeeded by his two sons, Daniel and John Mackay Bernard. Thomas Bernard & Co. was then established as maltsters in 1874. The original site became too small and a new Edinburgh Brewery was opened in Slateford Road, on the western edge of the city, in 1888. 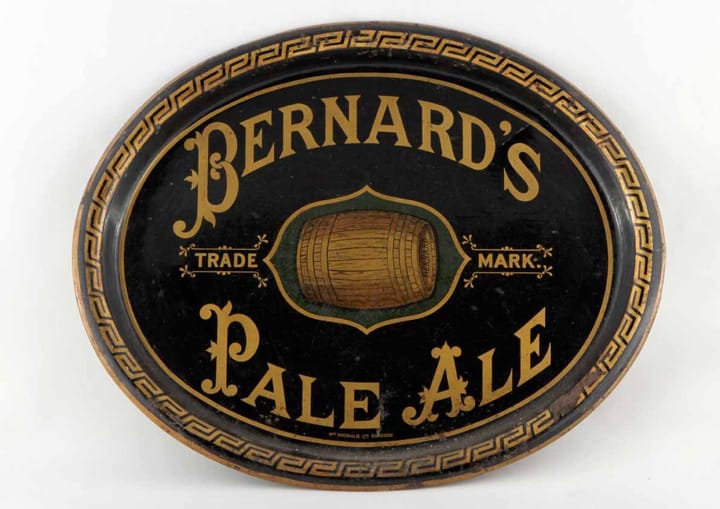 A dispute arose between Daniel and John Mackay Bernard soon after the opening of the new brewery and in April 1889. Daniel Bernard left the business to set up his own brewery at nearby Gorgie, Edinburgh, Scotland. In March 1895, Thomas & James Bernard & Co. Ltd. was registered as a limited liability company to acquire the business. In 1960 the company was taken over by Scottish Brewers Ltd, Edinburgh, Scotland, and ceased to brew.

The Noted Breweries of Great Britain and Ireland, Vol 3, (London, 1890)

So Bernard’s Orange Bitters will be a new listing in Ring & Ham and I have no bottles or graphics to show you for the brand. The bitters must have been shipped globally, as I find advertisements in far-away places like San Francisco, Quebec and New Zealand.

Ferdinand Meyer V is a native of Baltimore, Maryland and has a BFA in Fine Art and Graphic Design from the Kansas City Art Institute and School of Design. Ferdinand is the founding Principal of FMG Design, a nationally recognized design consultation firm. Ferdinand is a passionate collector of American historical glass specializing in bitters bottles, color runs and related classic figural bottles. He is married to Elizabeth Jane Meyer and lives in Houston, Texas with their daughter and three wonderful grandchildren. The Meyers are also very involved in Quarter Horses, antiques and early United States postage stamps. Ferdinand is the past 6-year President of the Federation of Historical Bottle Collectors and is one of the founding members of the FOHBC Virtual Museum.
View all posts by Ferdinand Meyer V →
This entry was posted in Advertising, Ales & Ciders, Bitters, Breweriana, Ephemera, Gin, History, Liquor Merchant, Spirits, Trade Cards, Wine & Champagne and tagged Ale, Bernard, bitters, Edinburgh, Gin, Glascow, Gourd, Harrison, liquor, Old, Orange, porter, Quebec, Richards, San Francisco, Sansome, Scotland, Tom, Wine. Bookmark the permalink.