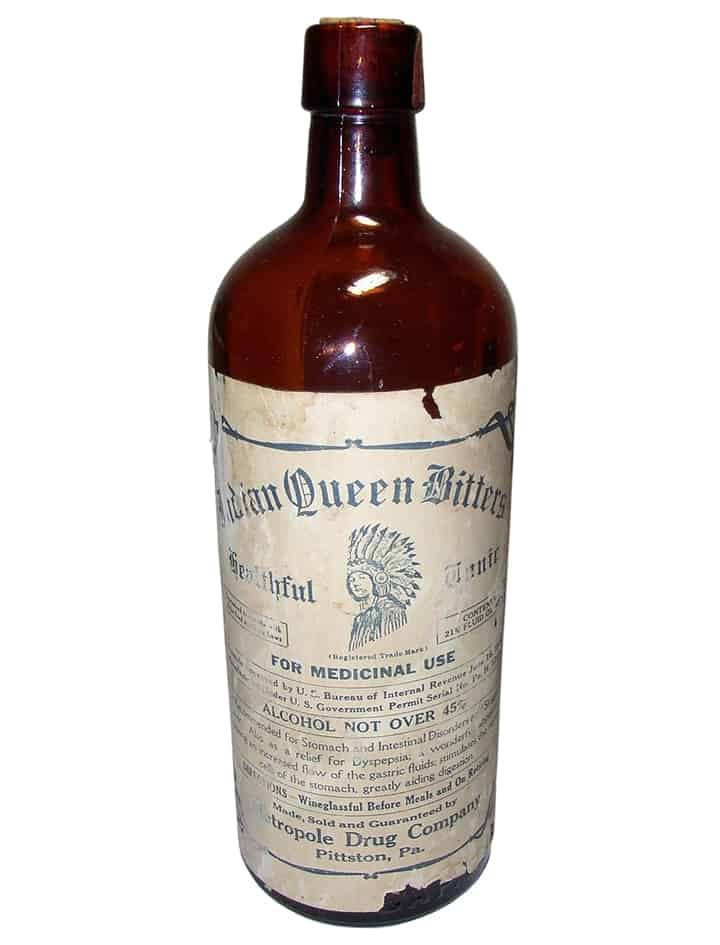 OK, maybe it is listed. This ebay listing might be Ring & Ham I 21 in Bitters Bottles, or a slight variation of it. Too bad it is not an unlisted figural variation. This one looks like it is from Pittston, Pennsylvania and not Wilkes-Barre, Pennsylvania as is noted in I 21 (see below).

The listing may want to be updated in Bitters Bottles Supplement 2.

I did a quick check on the Metropole Drug Company. They had some trouble with the law in 1921. It seems they exceeded the allowed alcohol level being that Prohibition was in effect. I wonder what the level was…? 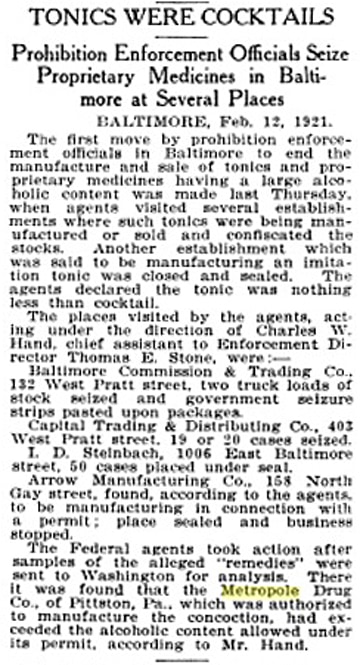 Their legal problems did not stop them from submitting a couple of patents a few years later. They had patent 151,279 for a General tonic on November 20, 1923. 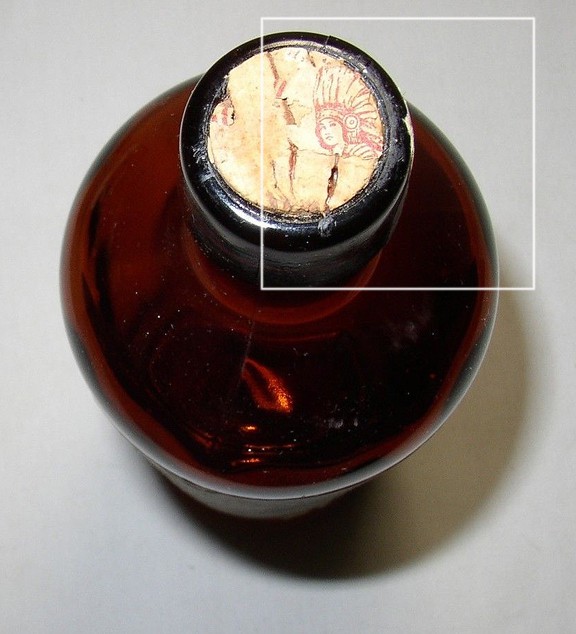 Ferdinand Meyer V is a native of Baltimore, Maryland and has a BFA in Fine Art and Graphic Design from the Kansas City Art Institute and School of Design. Ferdinand is the founding Principal of FMG Design, a nationally recognized design consultation firm. Ferdinand is a passionate collector of American historical glass specializing in bitters bottles, color runs and related classic figural bottles. He is married to Elizabeth Jane Meyer and lives in Houston, Texas with their daughter and three wonderful grandchildren. The Meyers are also very involved in Quarter Horses, antiques and early United States postage stamps. Ferdinand is the past 6-year President of the Federation of Historical Bottle Collectors and is one of the founding members of the FOHBC Virtual Museum.
View all posts by Ferdinand Meyer V →
This entry was posted in Bitters, History, Medicines & Cures, Tonics and tagged ABM, Baltimore, bitters, cocktail, company, drug, Indian, labeled, Metropole, Pennsylvania, Pittston, Prohibition, Queen, tonics, Wilkes-Barre. Bookmark the permalink.