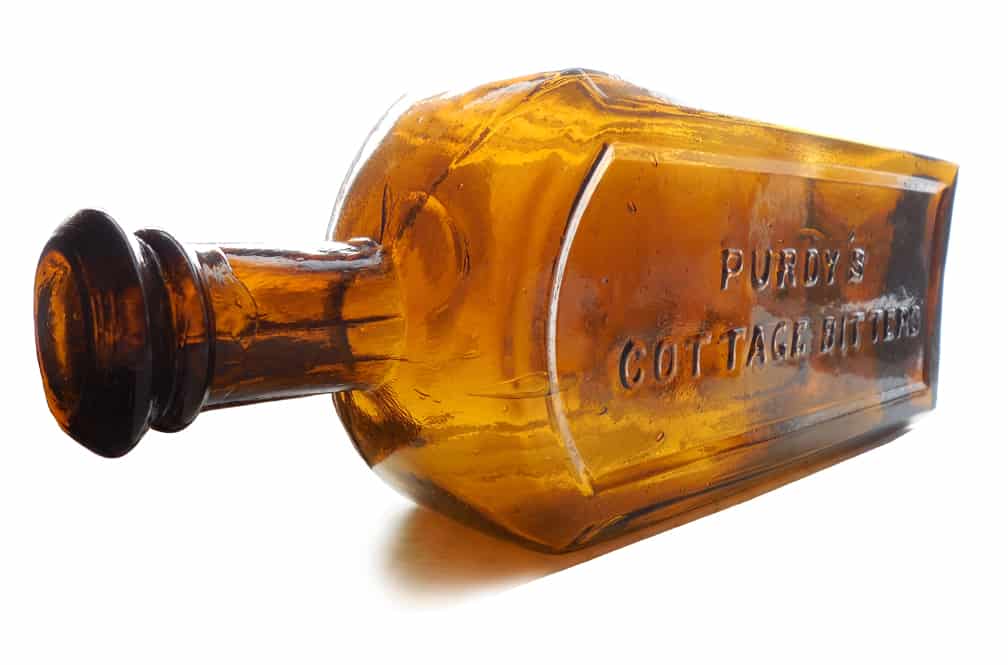 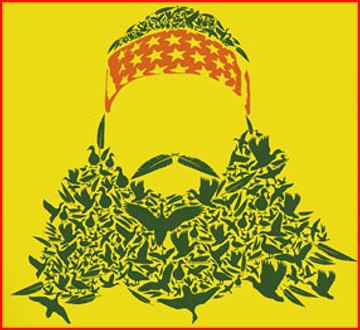 I would like to introduce you to my ‘Purdy‘ new bitters. Yeh, I know with the old TV show Dallas, the Travolta movie Urban Cowboy, Davy Crockett, the Alamo and now Duck Dynasty, I suspect some of you northerners perceive us southerners, as a bit weird, especially if we are from or live in the great,  United States of TEXAS. You guys speak funny too.

PS: I am originally from Baltimore but practically sleep with my boots on since I have been in Houston since the late 1970s. 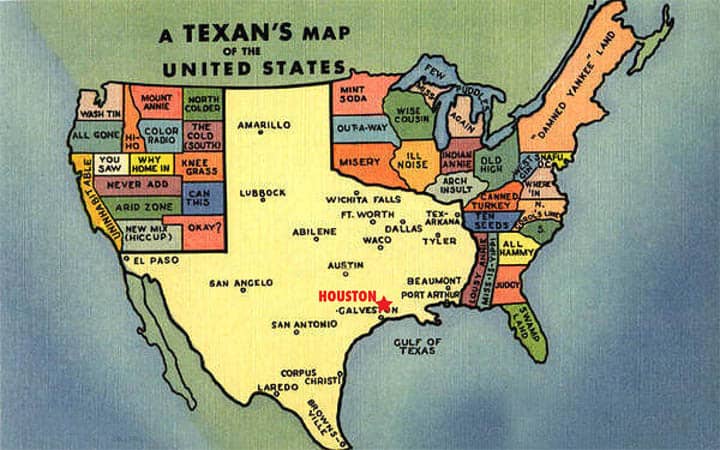 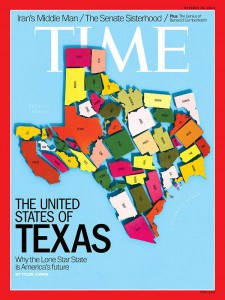 Purdy’s Cottage Bitters (P 156) is kind of a legendary bottle because it is very rare and we know virtually nothing about it except that three smooth base examples, a broken amber, a metallic pontil marked example and green shards were found in the Denver area some years ago according to Ring & Ham in Bitters Bottles Supplement.

This specific Purdy’s has resided in California (that is that little vertical strip of land on the the Left Coast of the United States that is labeled ‘uninhabitable’ in the top map) for many years in a well known collection, only to cross the country and reside in yet another respected New York (a state inside all those little states that are smushed together beneath “Damed Yankee Land”) collection for another good period of time.

Today the bottle is in transit to Houston. Well, it probably won’t be coming aboard a 747 with a space shuttle, as we used to see in flyovers, nor will it come by mule train as much of our ‘deliverables’ arrive from south of the border, if you know what I mean, but it is coming none-the-less.

Anyway, my Purdy new bitters. The photographs were taken by the New York (near a big waterfall) collector. I photoshopped the snow out so you could not match the depth up with a specific city this week. Oh, I’m such a card. A legend in my own mind. Just having some fun before the sun comes up. 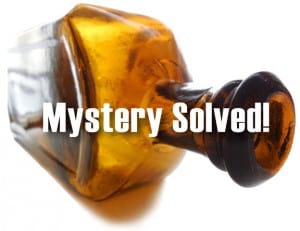 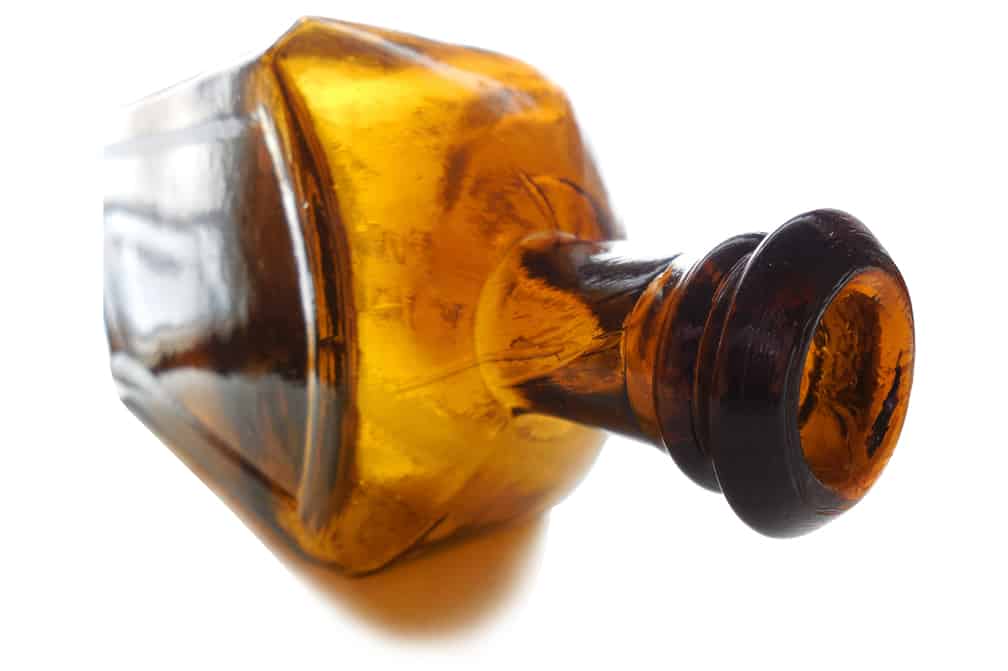 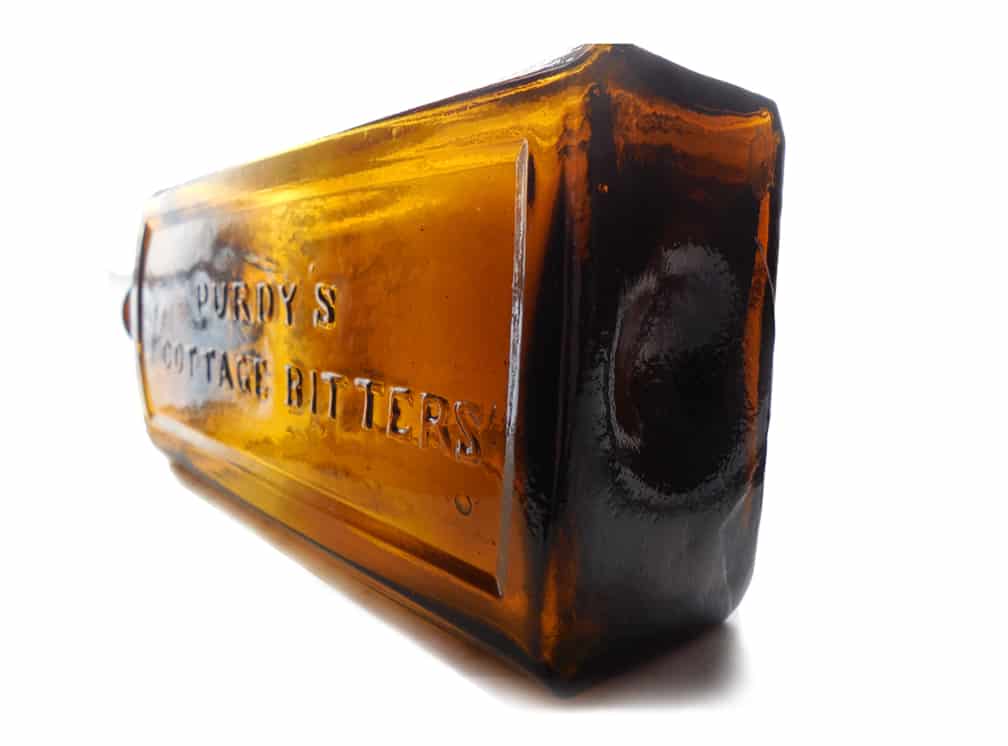 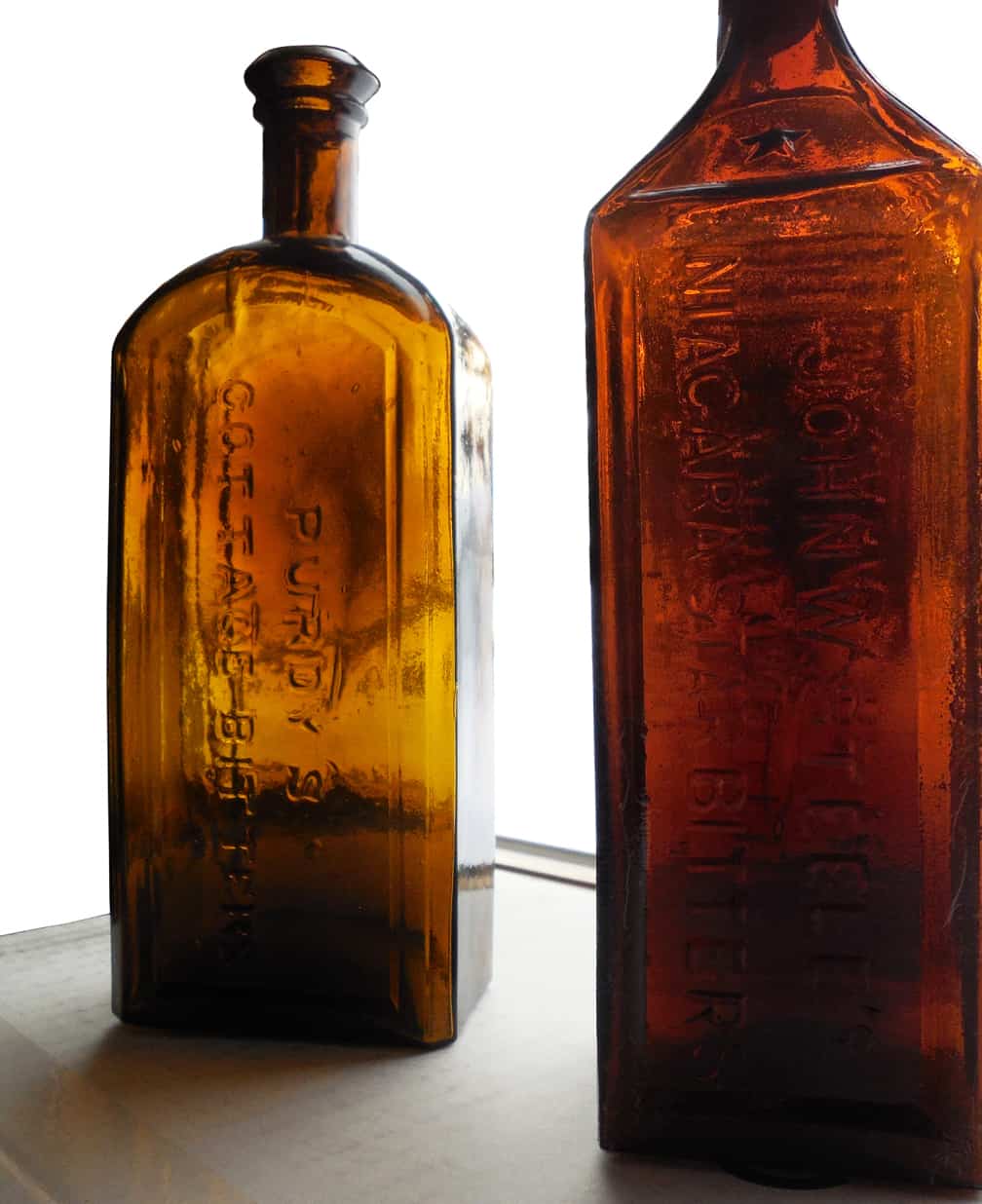 Ferdinand Meyer V is a native of Baltimore, Maryland and has a BFA in Fine Art and Graphic Design from the Kansas City Art Institute and School of Design. Ferdinand is the founding Principal of FMG Design, a nationally recognized design consultation firm. Ferdinand is a passionate collector of American historical glass specializing in bitters bottles, color runs and related classic figural bottles. He is married to Elizabeth Jane Meyer and lives in Houston, Texas with their daughter and three wonderful grandchildren. The Meyers are also very involved in Quarter Horses, antiques and early United States postage stamps. Ferdinand is the past 6-year President of the Federation of Historical Bottle Collectors and is one of the founding members of the FOHBC Virtual Museum.
View all posts by Ferdinand Meyer V →
This entry was posted in Bitters, Collectors & Collections, Humor - Lighter Side, Photography and tagged bitters, california, cottage, Denver, Houston, New York, Purdy, States, texas, United. Bookmark the permalink.

1 Response to My ‘Purdy’ new bitters