It has really been just fantastic lately to see researchers, collectors and writers submit information for posting on Peachridge Glass. The last exchanges with Stephen Atkinson have been perfect examples. Read: Henry Bolingers Maysville Glass-Works 1814-1825 and The New York State Glass Factories. In this case, Steve sent me an e-mail with some rather interesting information and imagery to share.

Check these T. W. Dyott bottles out! The Robertson’s and the small vial have had lip repairs but are about the rarest of all the collectable medicines. The vial has never been recorded (not one example!!) and the Dr. Robertson’s Family Medicine may have had ten examples show up in 80 years of glass collecting as attested to by Helen McKearin. Chris Rowell dug the Dyott vial in a deep privy in Philadelphia. The Robertson bottle was dug by Christian Raezer in Lancaster County, Pennsylvania. The paper labeled one, again never before seen. I acquired it in a trade for a damaged EG Booz bottle. I think the Dyott’s and the Lee medicine bottles out of Baltimore and New York City are about the rarest of all the collectable medicines. I have a huge write-up planned on Dyott and the Kennsington glass factory he owned. I will send you the finished pages in the next two weeks.

SOLD ONLY BY T W DYOTT 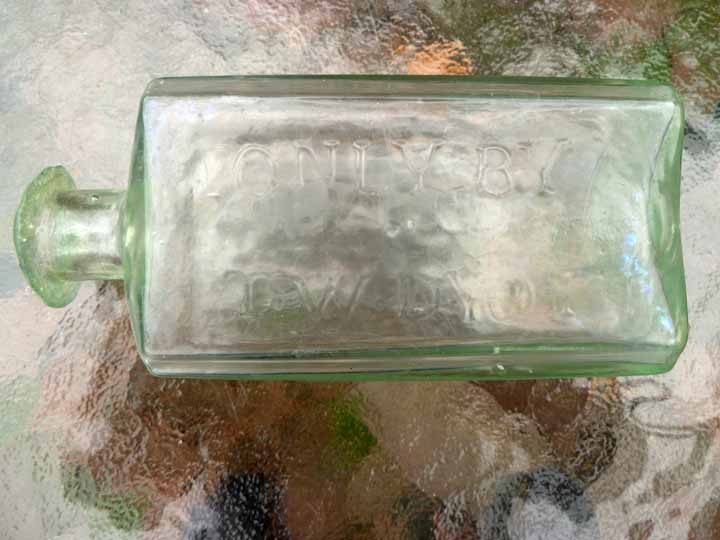 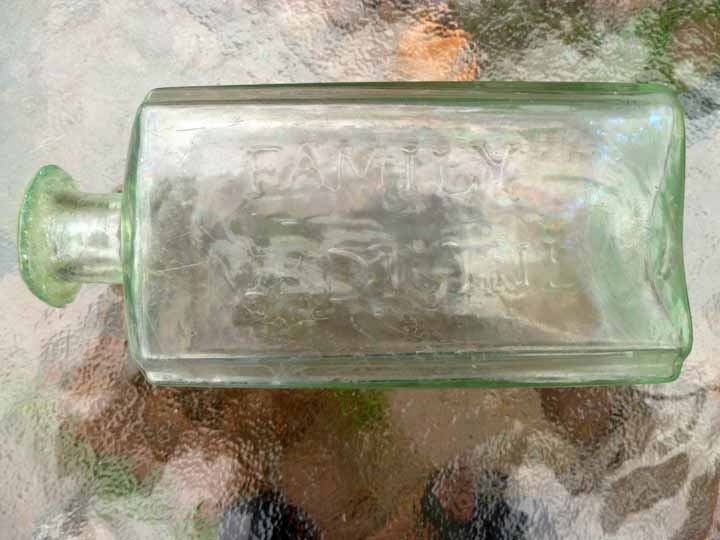 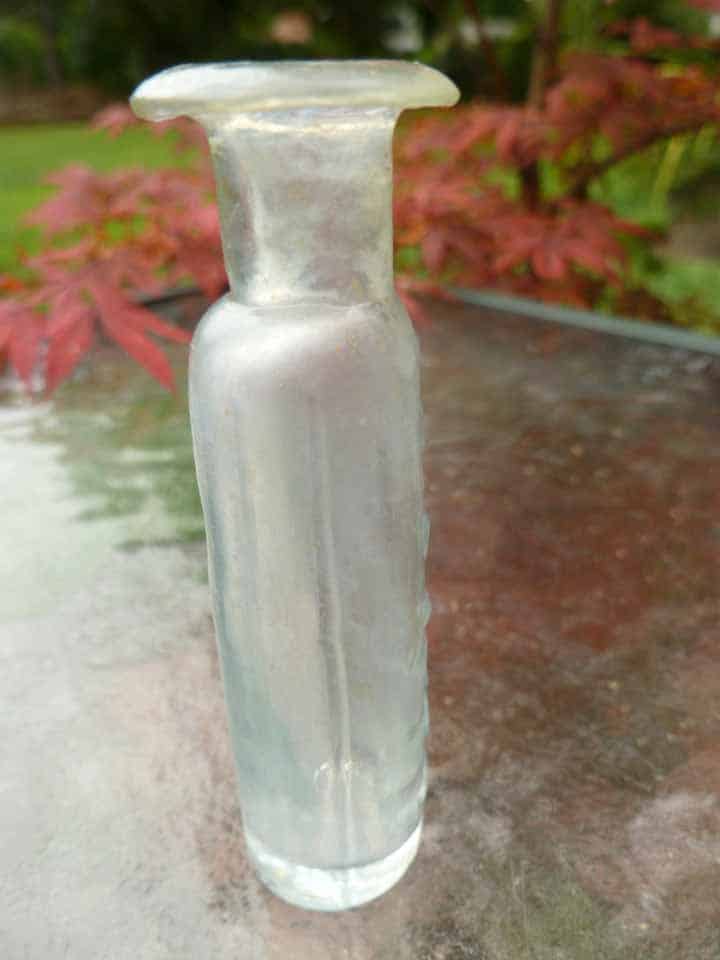 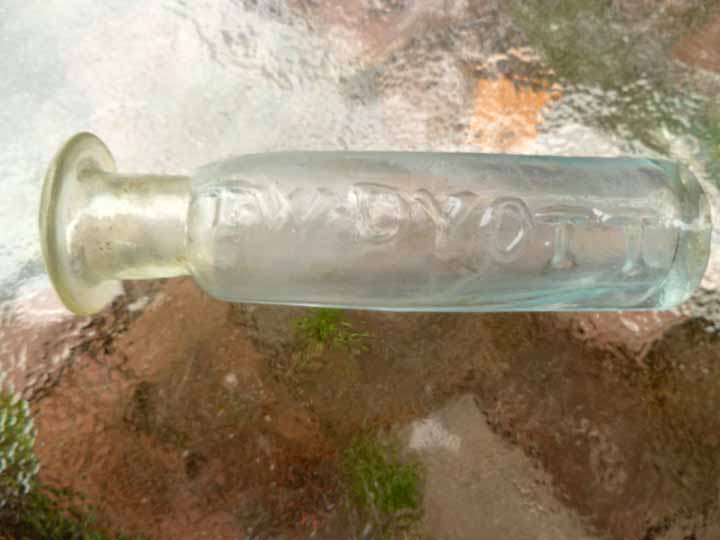 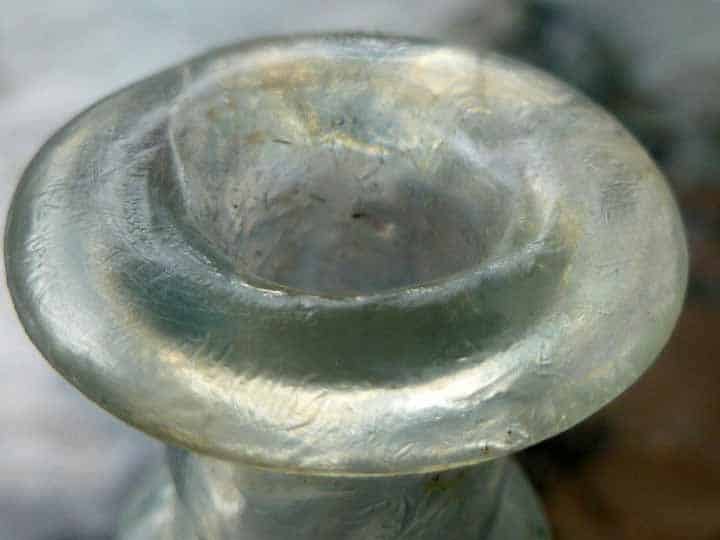 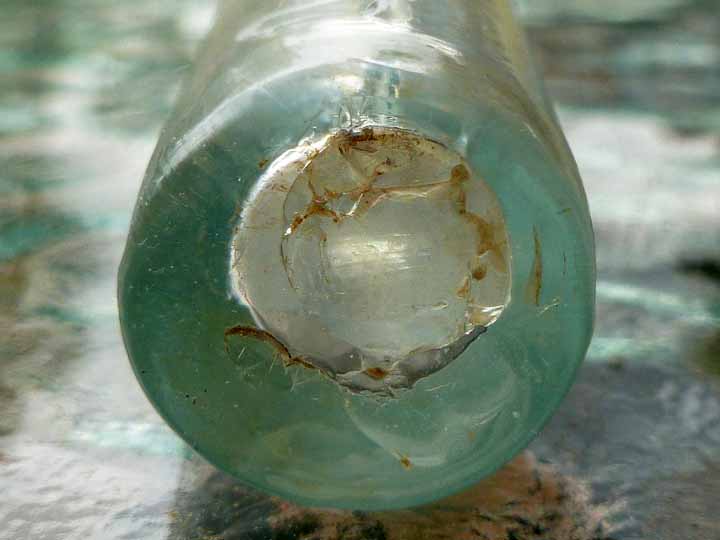 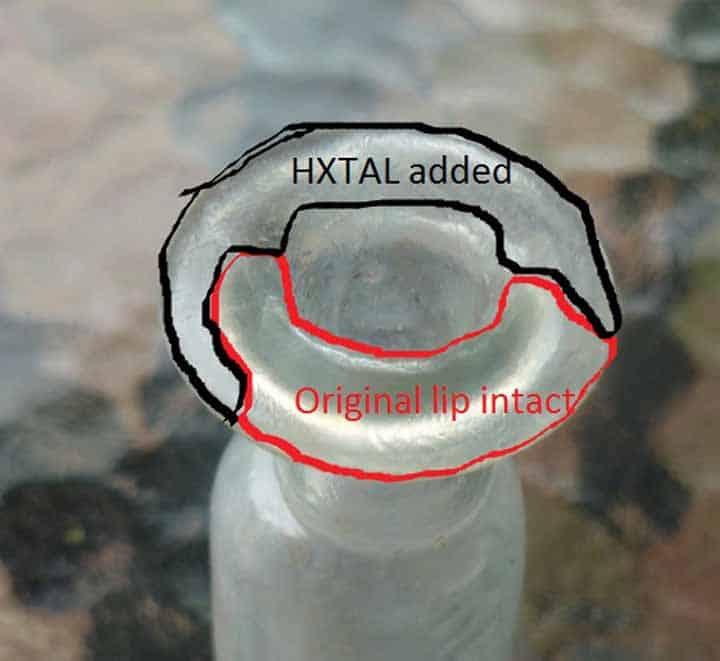 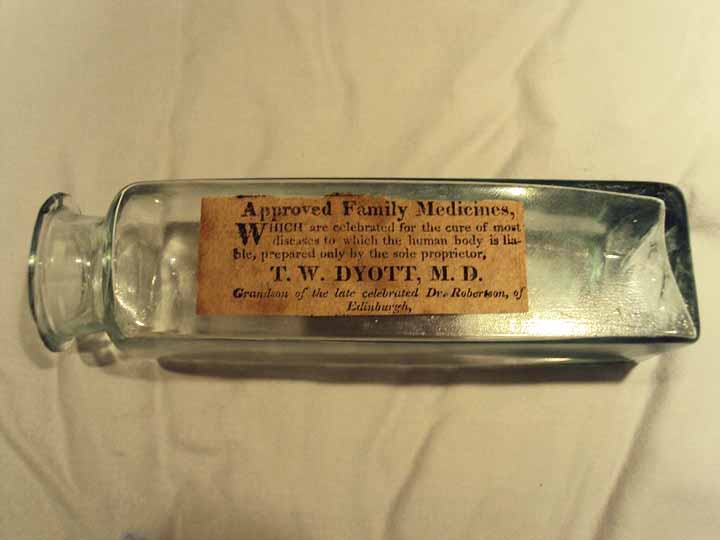 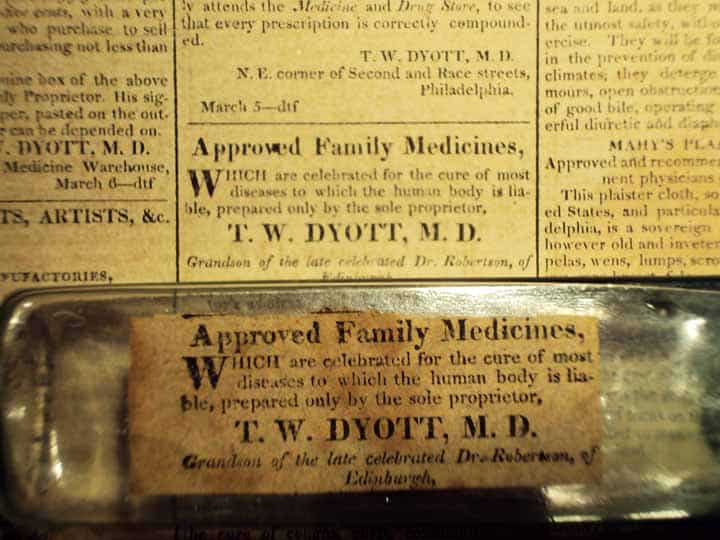 I was at Dyottville while it was exposed during the archeological dig in the winter of 2011 and was invited to the site. This was the archy’s attempt at showing the public their work. When I inquired about getting a few bricks from the site they said I needed permission from Penn DOT (well, we know how that would have gone). They didn’t even offer Corning, Wheaton, Winterthur, or even the Smithsonian, all who had representatives at the site the same day I was there, anything from the site. All finds,which were immense, were going to the Penns Landing Museum and believe me, it wasn’t much of a display. A small 10 x 10 area, as most was just being stored. I have called Corning and Wheaton and neither entity ever received anything from the dig.

Dyott owned the factory in 1820 to 1840 but It was founded much earlier in 1770. The bricks that were recovered are from the oldest part of the factory in which I sent you pictures.

The photos I sent you are the following items:

The rectangular shaped bottle Embossed with Dr. ROBERTSONS FAMILY MEDICINE SOLD ONLY BY T W DYOTT. The name TW DYOTT embossed on a small vial type bottle and a paper labeled, square flint glass bottle labled T W DYOTT. The bricks from the site and the exposed foundations of the ovens and the factory walls at Dyottville are the other pictures. Enjoy. 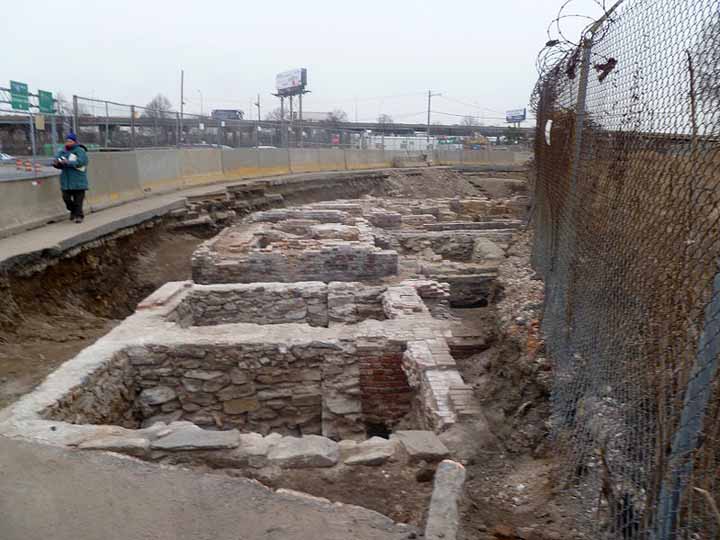 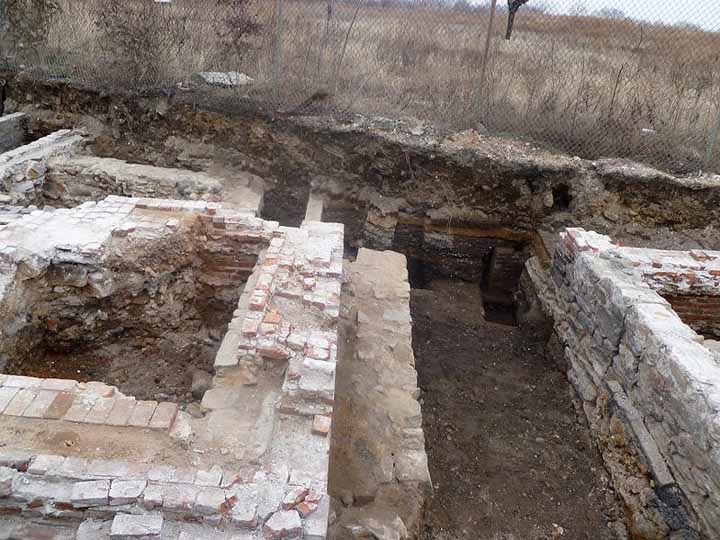 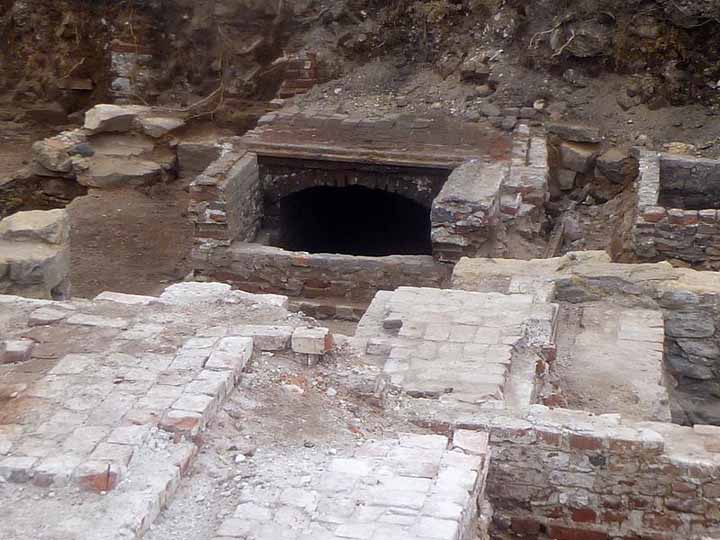 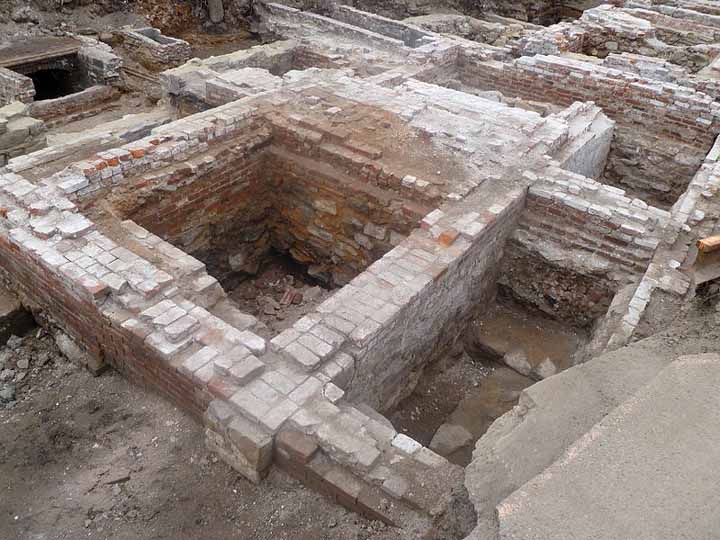 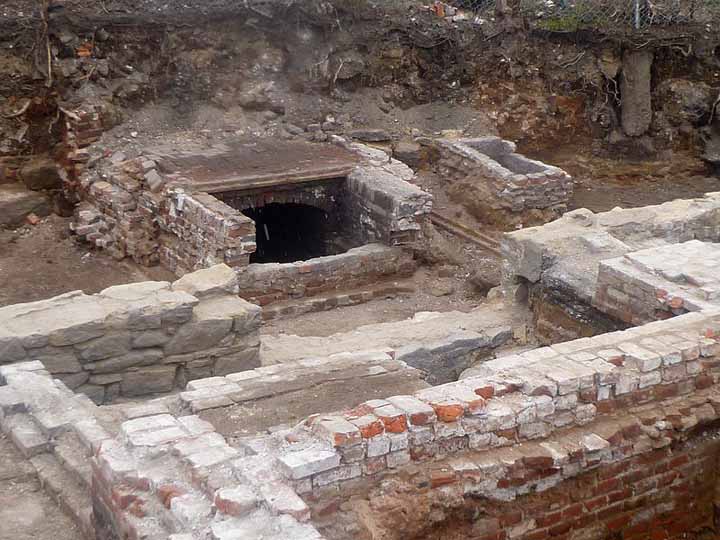 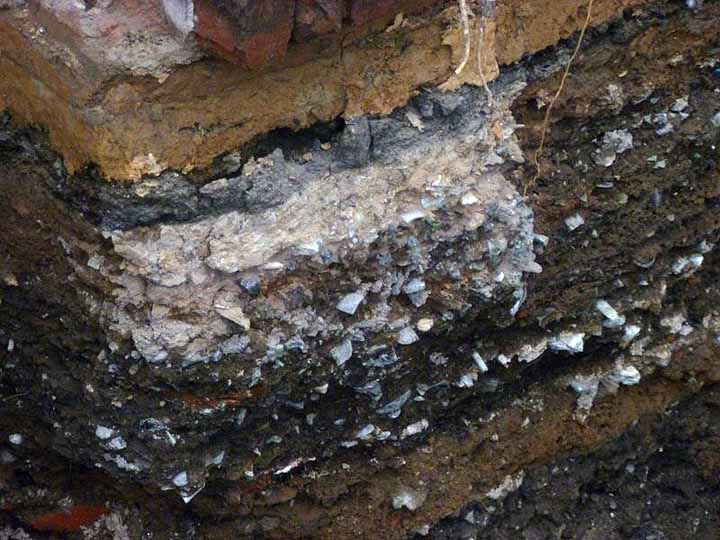 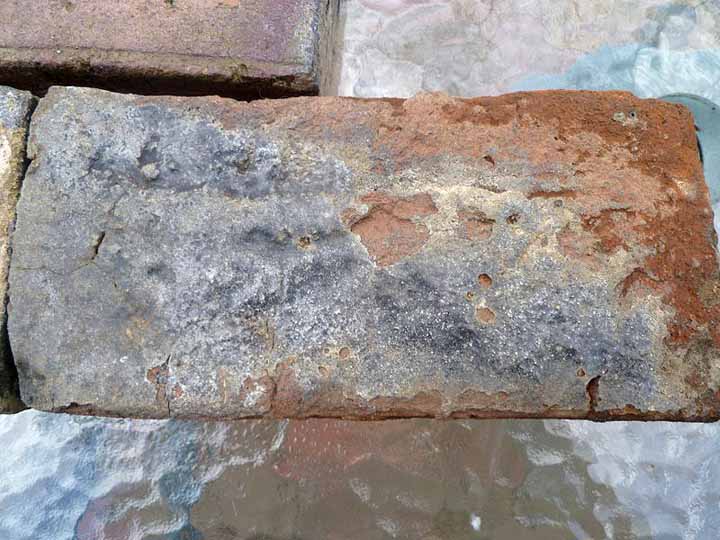 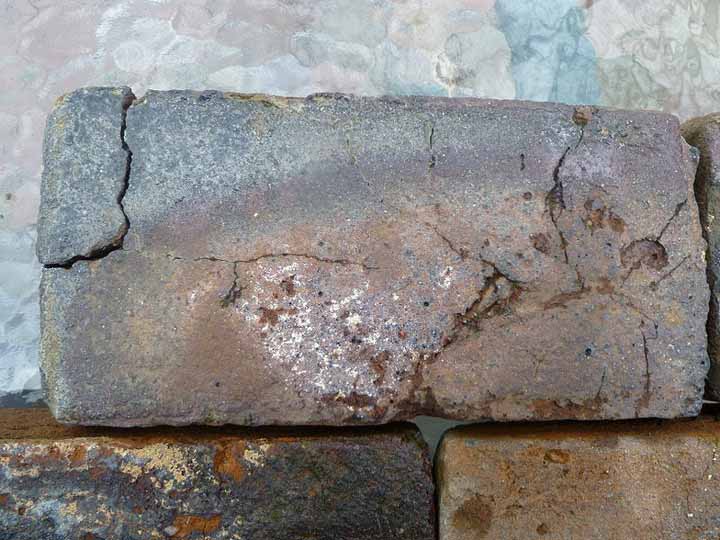 Singing along at Dyottville Glass Works

Ferdinand Meyer V is a native of Baltimore, Maryland and has a BFA in Fine Art and Graphic Design from the Kansas City Art Institute and School of Design. Ferdinand is the founding Principal of FMG Design, a nationally recognized design consultation firm. Ferdinand is a passionate collector of American historical glass specializing in bitters bottles, color runs and related classic figural bottles. He is married to Elizabeth Jane Meyer and lives in Houston, Texas with their daughter and three wonderful grandchildren. The Meyers are also very involved in Quarter Horses, antiques and early United States postage stamps. Ferdinand is the past 6-year President of the Federation of Historical Bottle Collectors and is one of the founding members of the FOHBC Virtual Museum.
View all posts by Ferdinand Meyer V →
This entry was posted in Blown Glass, Collectors & Collections, Digging and Finding, Early American Glass, Glass Companies & Works, Glass Makers, History, Medicines & Cures and tagged brick, Chris Rowell, Christian Raezer, Dr. Robertson, Dyottville, Flint, Glass, Helen McKearin, oven, Steve Atkinson, T.W. Dyott, vial. Bookmark the permalink.