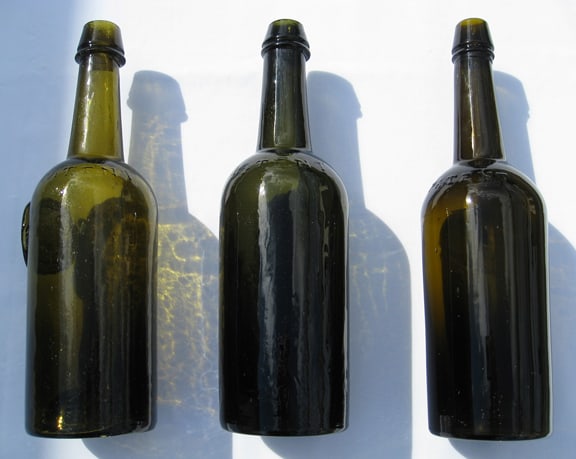 Fig 1: Three Dyottville cylinders including the “Class of 1846” example on the left. 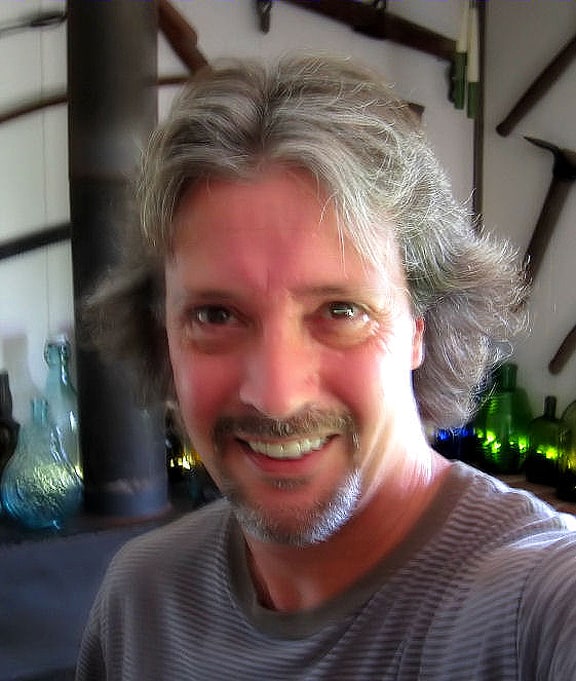 Hi again Ferdinand, A lot of collectors find Dyottville fascinating; Here are three Dyottville cylinders including the “Class of 1846” example on the left (Fig:1). That one and the center are both two-part mold, iron pontiled 1840’s to 1850’s, and could possibly be the same mold, but Dyottville was a large operation at the time. The one on the right is a later 1860-70’s example; three-part mold without the iron pontil. 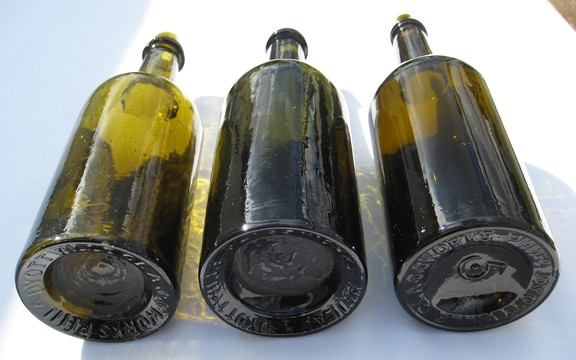 Fig 2: Three Dyottville cylinders including the “Class of 1846” example on the left. Note the 5 in the base center, that was indicative of not the mold, but a measurement of the bottle’s contents as 1/5th of a gallon.

Note the 5 in the base center (Fig: 2), that was indicative of not the mold, but a measurement of the bottle’s contents as a 1/5th of a gallon. All three have the “PATENT” embossed on the shoulder, stemming from Rickett’s patent in England in 1821, likely that Dyottville had the American rights. A nice gathering of the three cylinders for comparison study. I did see an example of the 1860’s “Freak” at the Shupp’s Bottle Show this past July that featured the base embossing completely in reverse. 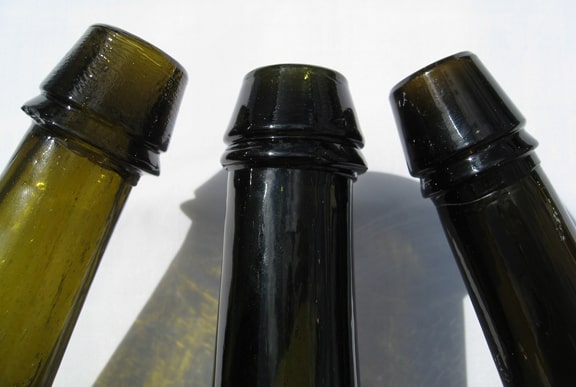 The “Dyottville Green” squat (Fig: 4) is fascinating and is what I call “Bit by a Fly in the Leer.” It has quite a story to tell. As we know, molten glass had to cooled carefully or slowly annealed and there were separate furnaces just for that purpose. 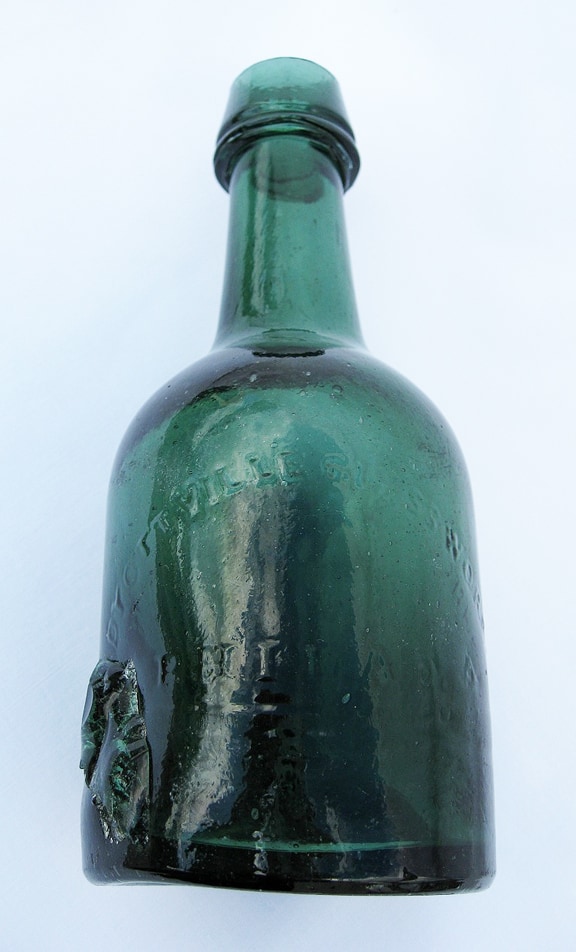 When a bottle came apart, or, literally exploded from the surface metal cooling at a much faster rate than the hotter, faster moving molecules underneath; the Gaffers and glass workers called that a “Fly.” The annealing furnace or oven was referred to a “Leer,” or “Lehr.” This curious squat was next to, or near such an occurrence. What is apparent is the bottle was still molten and it’s side was literally caved in to a degree and the whole bottle was hit with such force that it was permanently knocked, or lopped off center and the base exhibits an upward curve and it stands crooked (Fig: 6).

I can’t even begin to imagine the gruesome and agonizing injuries to any unfortunate worker experiencing a hit from one of these. 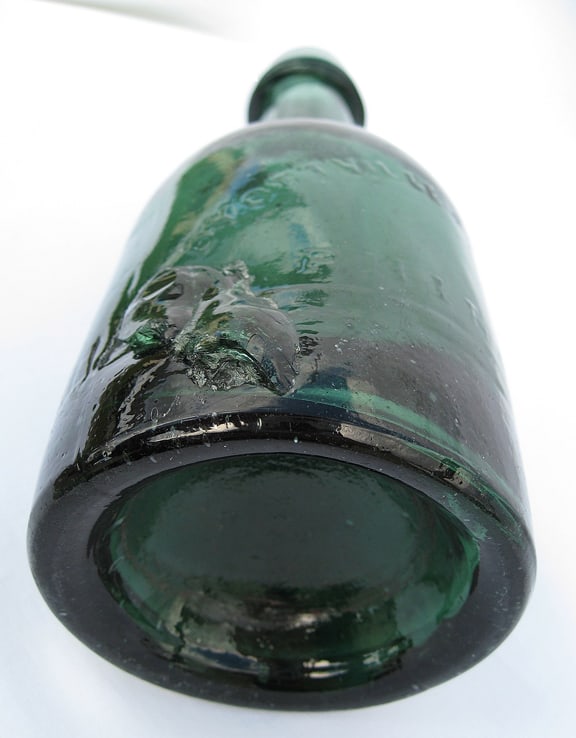 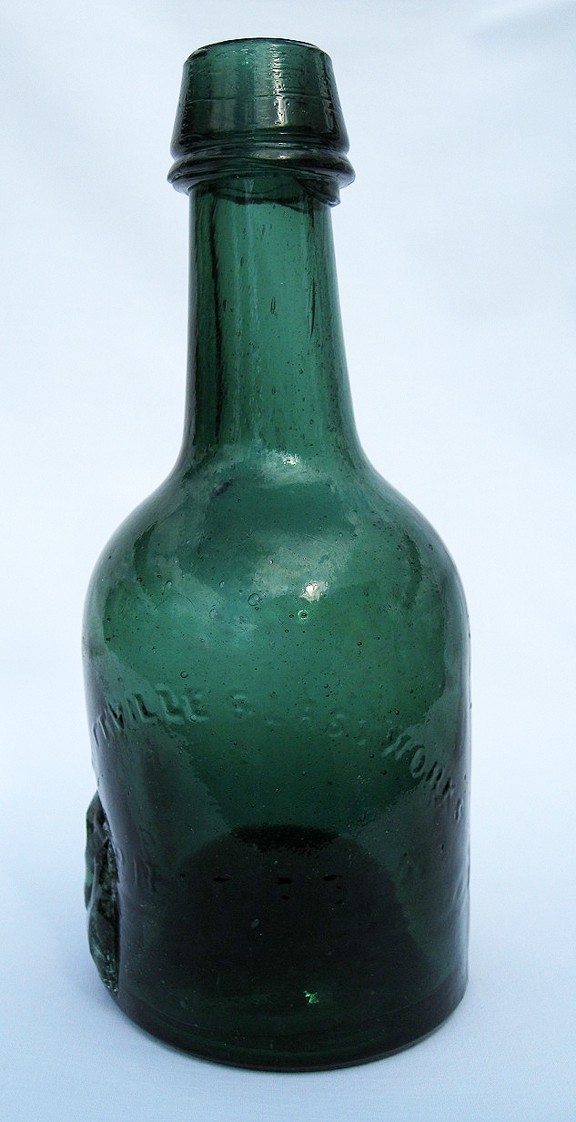 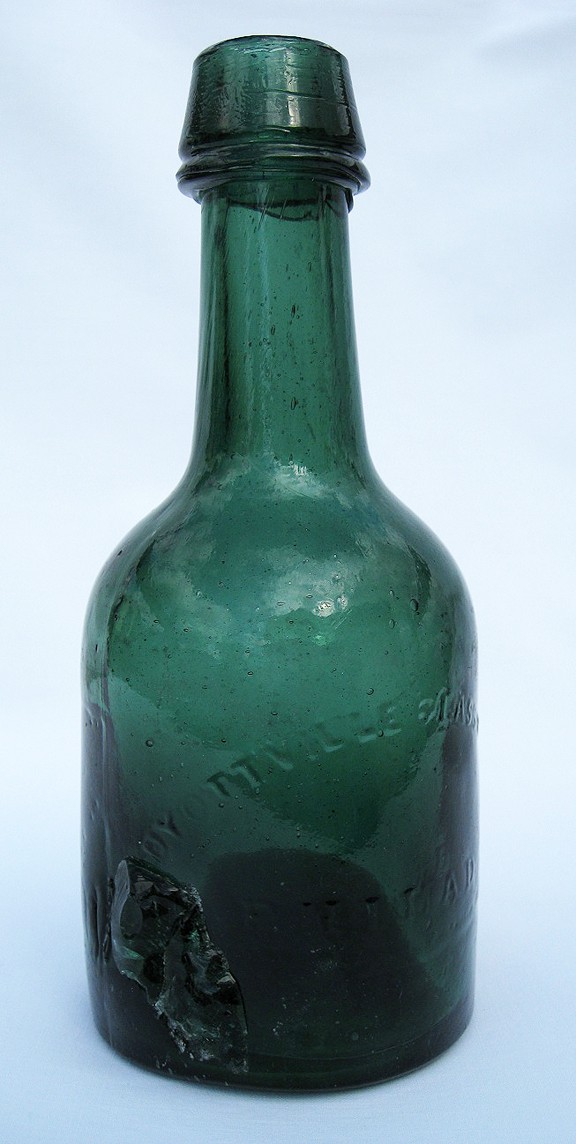 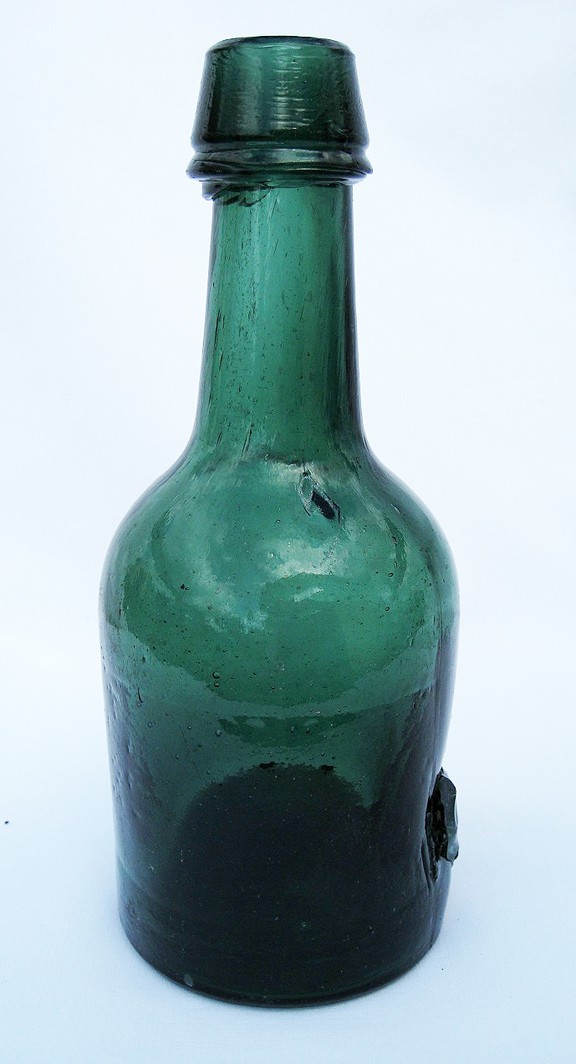 What is also interesting to note is the Gaffer allowing this “Little Piggie” to go to market and not stay home. The workers were paid by the piece or “Move” of glass bottles produced. Apparently quality control didn’t mean much as long as the bottle could still serve it’s purpose. 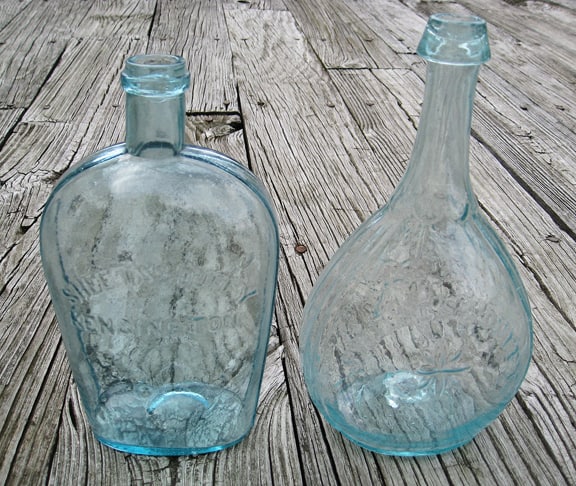 The two aqua flasks above are Daniel Sheets and Hugh Duffy Glass Works (Fig: 9) and they were Gaffers for Thomas W. Dyott in the 1830’s and when Benners, Campbell, and Smith took over just before 1840, Sheets and Duffy continued to work until they took a Glass Works of their own in the upper northwest corner of the property in 1845 until about 1869. The GXV-22 embossed quart strap flask is rare by any standards and McKearin suspects it came in pint and half pint as well, though I’ve yet to come across any. The Calabash is not easily found with the SHEETS AND DUFFY embossing and most examples have the letters mysteriously peened out for reasons that are still unknown. Lot #90 in Glass Works current Potpourri auction is an embossed example. 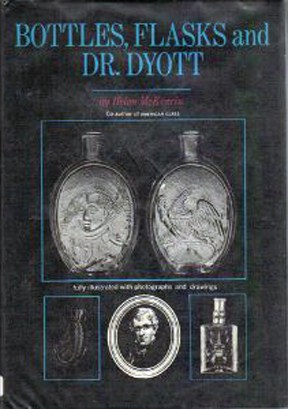 The history behind Dyottville and Thomas W. Dyott himself is expansive and fascinating; I recommend the McKearin book “Bottles, Flasks, and Dr. Dyott” (pictured above) to anyone interested.

1 Response to A lot of Collectors find Dyottville fascinating