Saloons and Establishments from Yesteryear 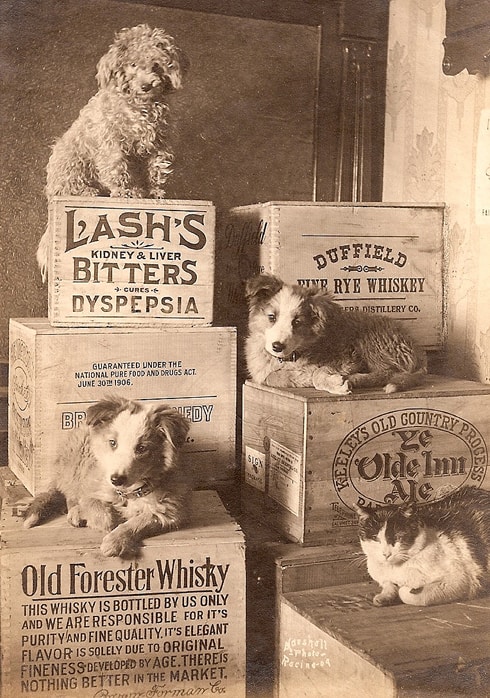 Saloons and Establishments from Yesteryear

Presenting the fifth gallery of vintage pictures from up North as new material has come in from Steve Ketcham. This is a continuation of many other historical picture posts (see bottom of this page). Just love looking at these pictures. 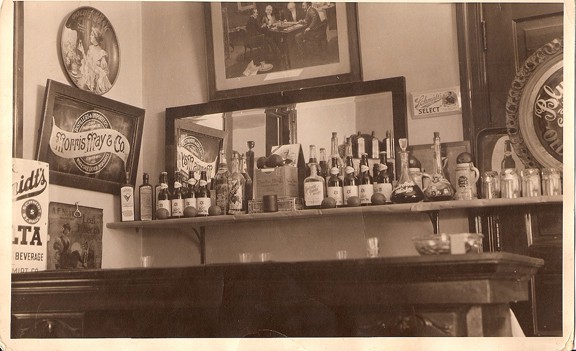 The reverse of this photo says it was taken at a Minnesota dental convention in 1923 (Yes, that’s three years after Prohibition took effect!). – Steve Ketcham 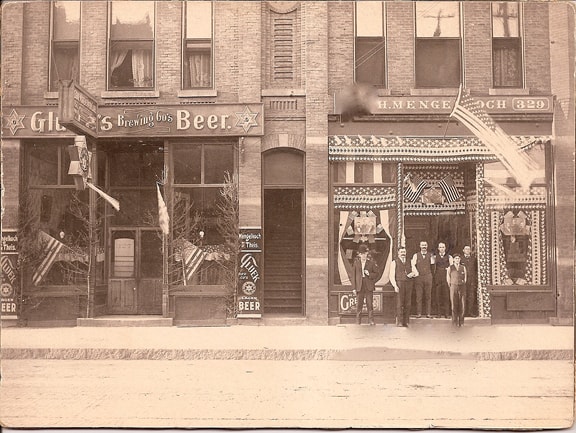 Gluek was a Minneapolis brewery, Menglekoch dealt in liquor in Minneapolis. – Steve Ketcham 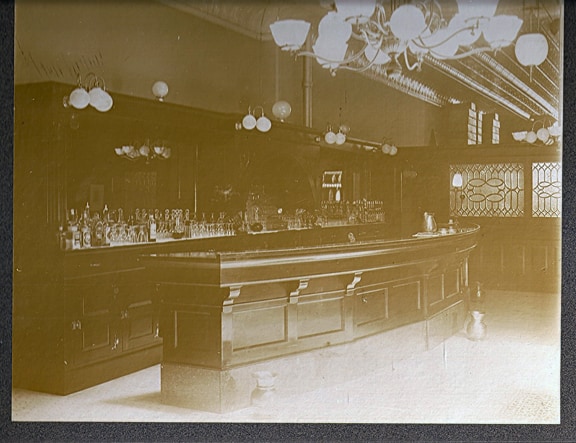 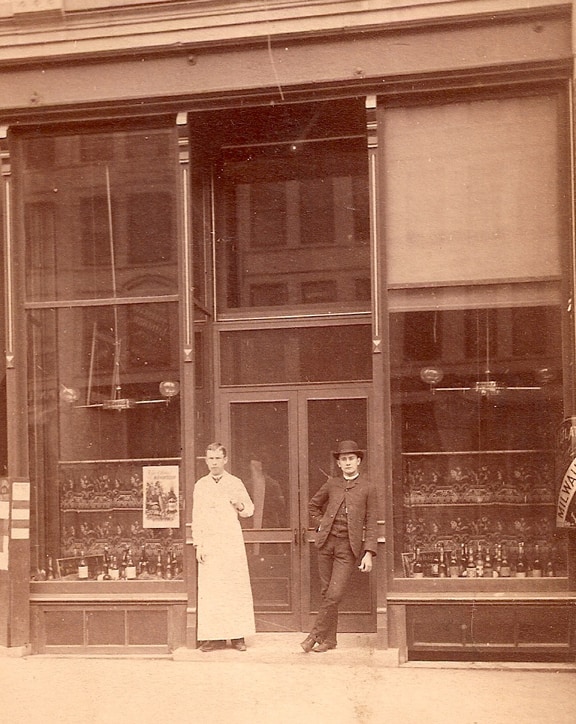 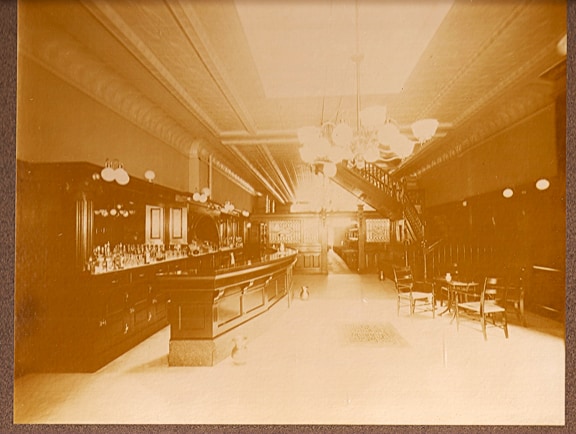 Interior view of a fancier saloon than most. – Steve Ketcham 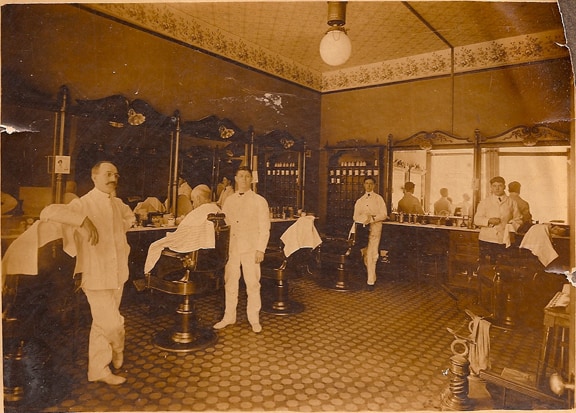 Barber shop wth bottles on the counter and mugs in the rack. – Steve Ketcham 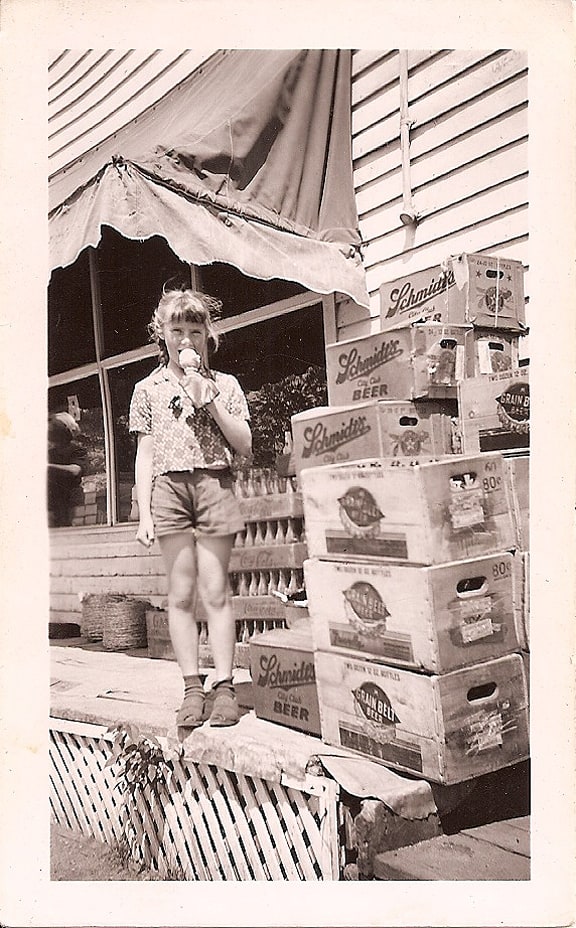 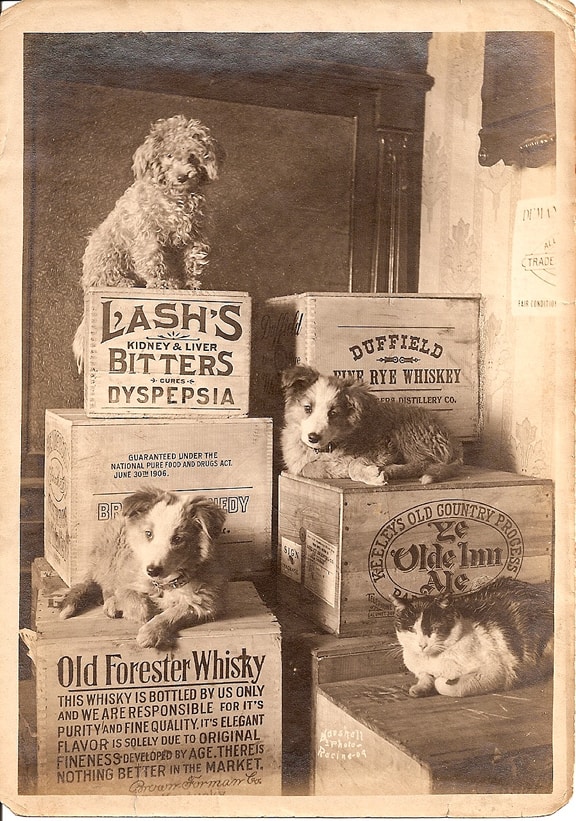 We have no history for this fun photo, but when we found it we were quite happy. We do know it is signed “Marshall Photo Racine (Wisconsin) 09. – Steve Ketcham 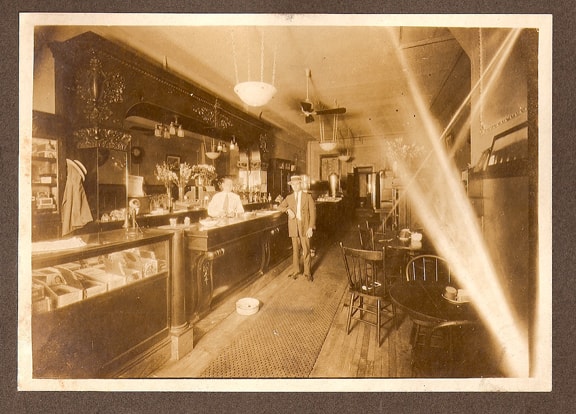 Here is one very dapper customer. Note the “free lunch” on the tables. – Steve Ketcham 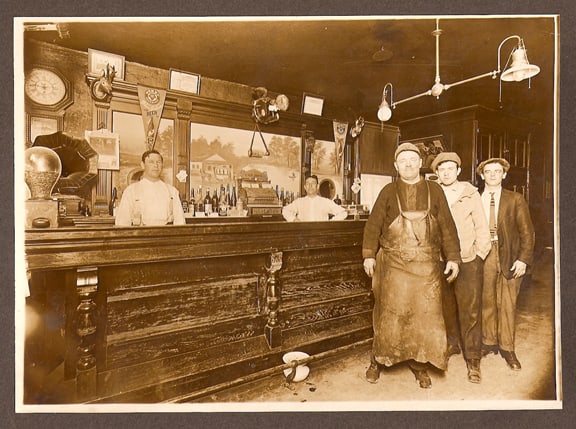 This same salon is pictured in another photo within this collection. – Steve Ketcham 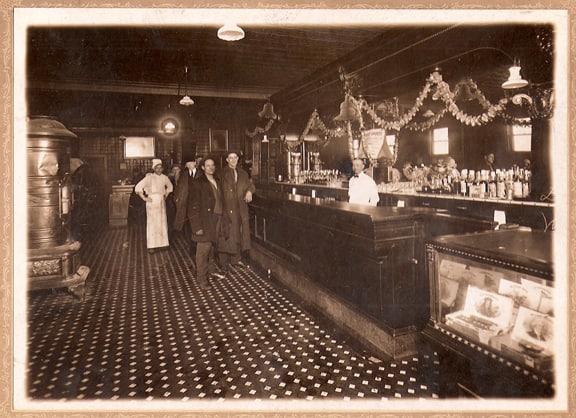 Gathering for a cup of Christmas cheer! – Steve Ketcham 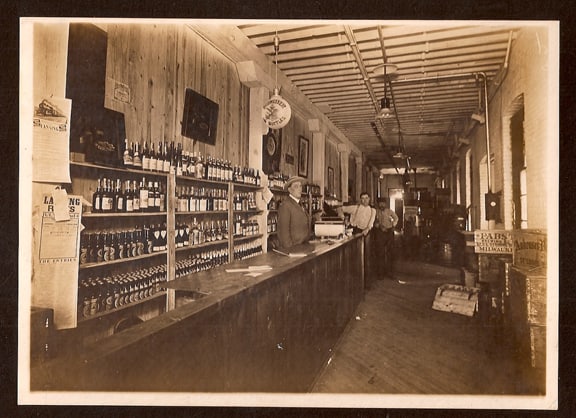 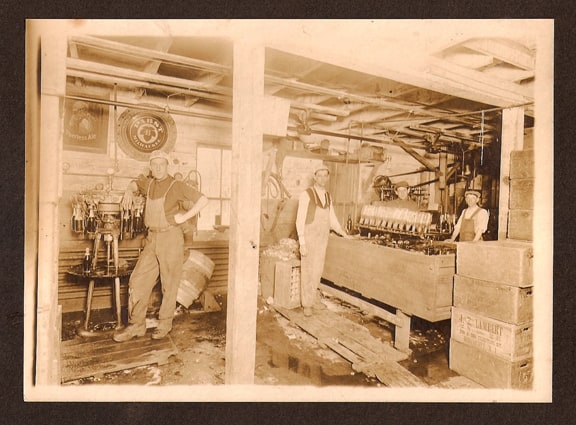 While brewers and bottlers large and small were once fond of publishing images of the exteriors of their establishments, often exaggerating their size in the process, the interiors of those buildings were less accessible to the public eye. This image was found in Saugerties, New York, last fall. It depicts a bottling operation which may be that of J. B. Lambert of Woonsocket, Rhode Island. We offer as evidence two marked wooden bottle cases, one at lower right and another behind the lanky chap in the middle of the room. Whether the photo depicts the Lambert facility or not, it is a nice glimpse of just what a bottling operation might have looked like before automation took over the process of cleaning and filling the bottles with product. The fellow at left is operating a filling machine. Most likely the product is beer which is flowing from the keg behind him. As suggested by the two pieces of advertising on the wall behind the filler, the brew may have been either Pabst beer or Hanley’s ale. We are not too familiar with the Hanley’s advertising sign, but the Pabst sign is a framed, convex, multi-colored, reverse-on-glass piece that would inspire great desire in the heart of many a breweriana collector. The bottles on the filler appear to be quarts. The three gents at right are working around the soaking tub and bottle washer. The wooden tub is filled to the brim with bottles being soaked to remove old labels. (The pile of refuse behind the middle fellow may be the remains of the soaked-off labels.) The bottles are then placed on a device where they are washed, rinsed, and allowed to dry. It appears the bottles are crown tops, and it seems there are numerous crown caps scattered about on the floor beneath the tub. That the crew members are standing on pallets suggests the room was often damp. In fact, the water on the floor next to the tub is sufficient to reflect portions of the room. We checked with Hutchinson soda expert and FOHBC Hall of Famer Ron Fowler to be sure there were no rare Rhode Island hutch sodas hiding in the photo. Ron told us, “We have 12 different Hutchinsons catalogued for Rhode Island bottlers. All 12 are classified as Rare (1-10 known). This total includes one each for East Providence, Narragansett, Nasonville, and Newport, six for Providence, and two from Westerly. We have no knowledge of any Hutchinsons from Woonsocket, or of any RI bottlers by the name of Lambert.” Our thanks to Ron for this information and for helping us identify the bottling apparatus and its uses. – Steve Ketcham 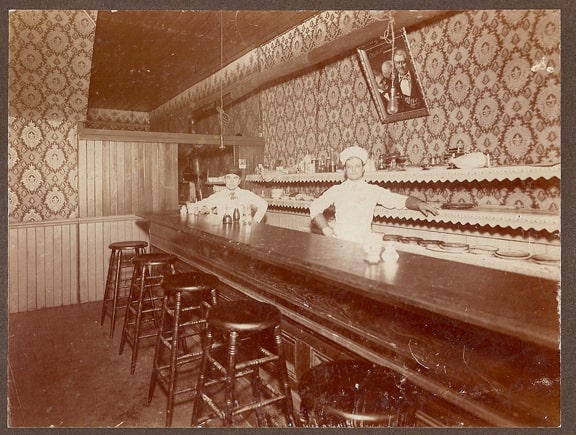 Once a saloon, now a lunch counter. Notice the pies! One remnant of the wet days gone by is the whiskey ad above the chef’s head. – Steve Ketcham 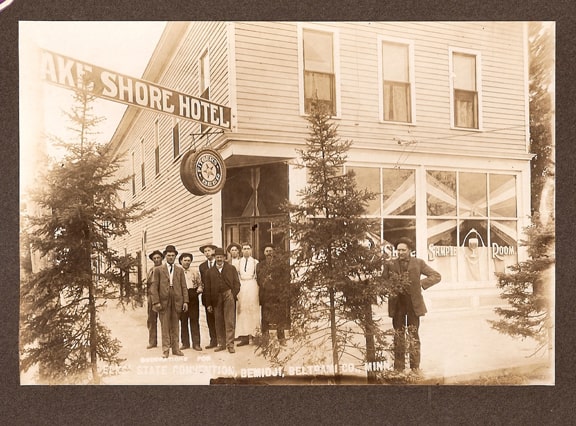 Taken at a Minnesota state Elks convention in Bemidji. Note the words “Sample Room” on the window. – Steve Ketcham 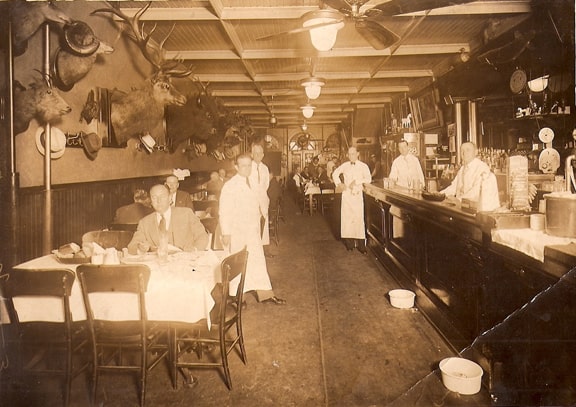 What do you bet they served a lot of wild game here? – Steve Ketcham 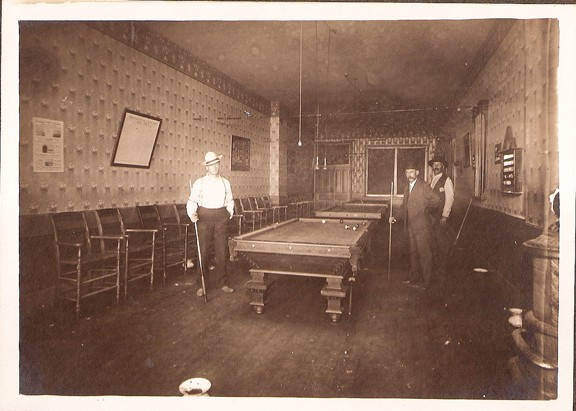 Same pool hall as above, ame proprietor in both images. These sad-looking fellows clearly need a nip to put smiles back on their faces. – Steve Ketcham 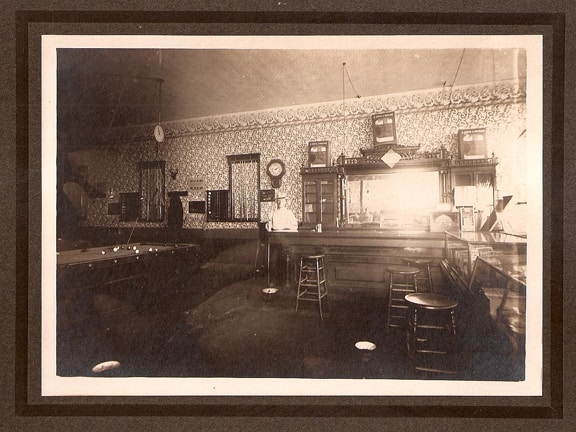 This image was likely taken after Prohibition was enacted. Not much to offer the customer without the beer and the booze! – Steve Ketcham 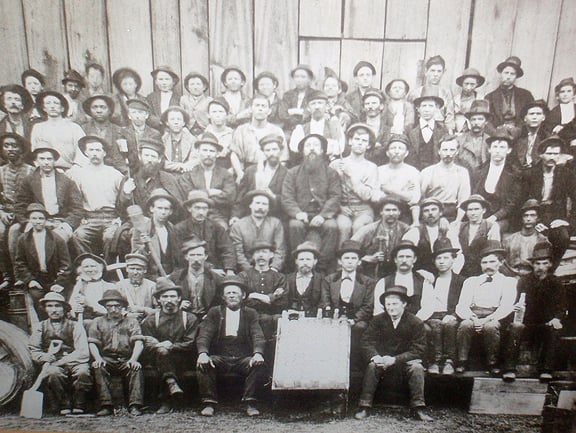 We found this image, already framed, during the final hours of a Minneapolis estate sale several years back. It was lying on the floor, face down, and the wording “Employees of the Illinois Glass Company – 1875,” printed on the reverse, caught our eye. This company was formed in Alton, Illinois, in 1873. – Steve Ketcham 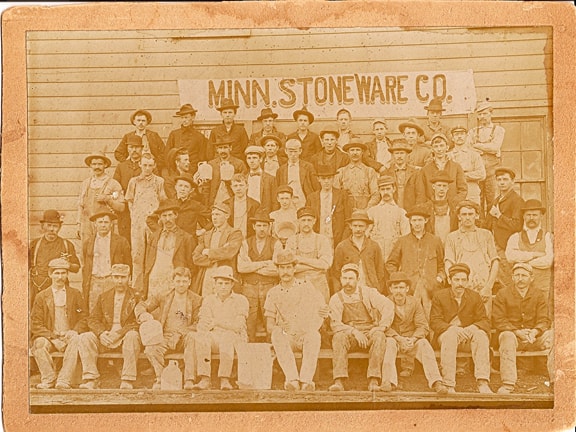 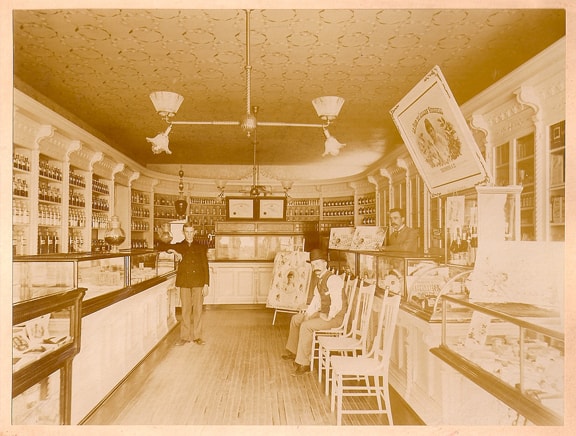 At first we did not notice that we owned two different images of the same drug store, clearly taken at different times. Compare this photo with the one below it and notice what has changed and what has stayed the same. – Steve Ketcham 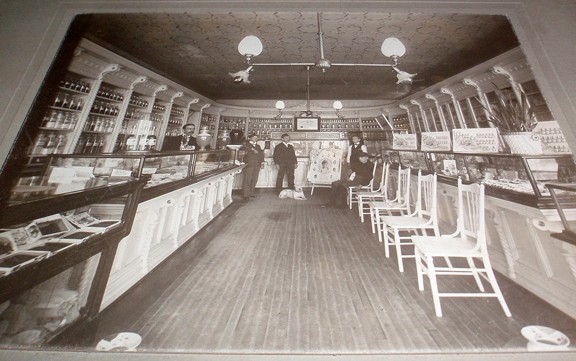 At first we did not notice that we owned two different images of the same drug store, clearly taken at different times. Compare this photo with the one above it and notice what has changed and what has stayed the same. – Steve Ketcham

Read More: Boys in Glass Houses – Taking on the Mannerisms of Men

Read More: How we Transported our Goods, Beer and Liquor Back Then