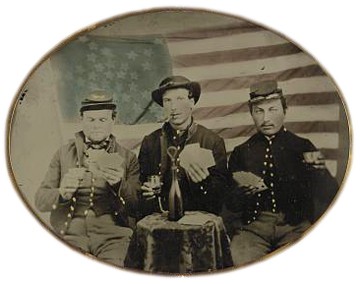 PART I of a Series

I wanted to create a gallery of my favorite vintage drinking pictures. Some are in my collection. If you have any candidates for inclusion, please forward. Thanks. 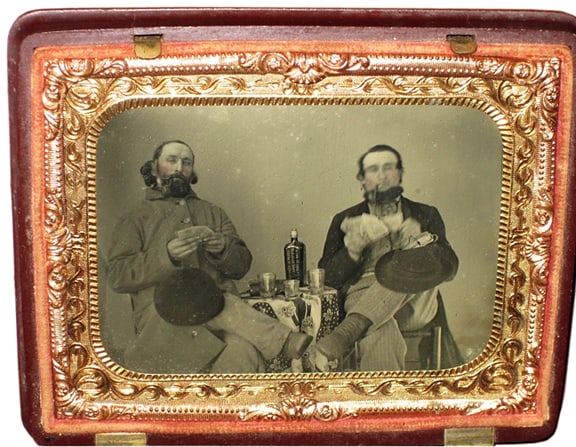 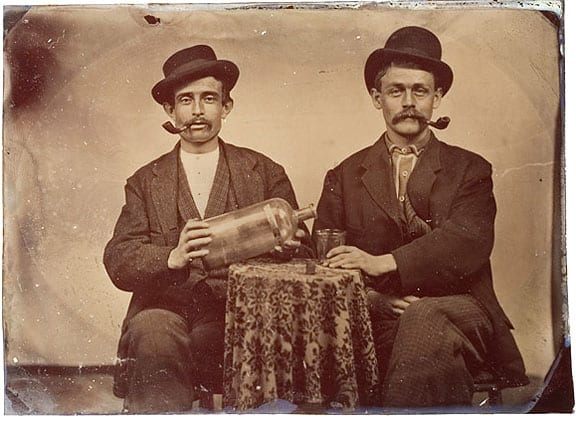 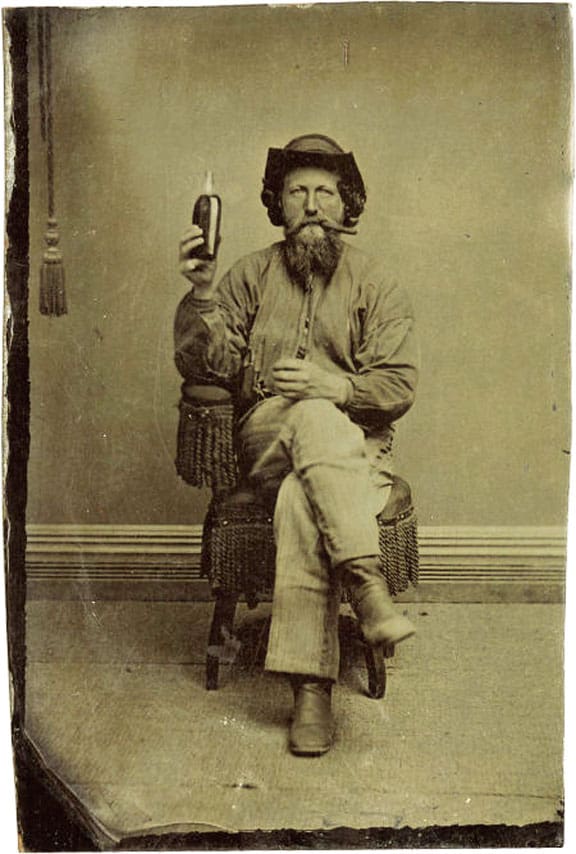 A Drink and a Good Cigar Tintype – Heritage Auctions 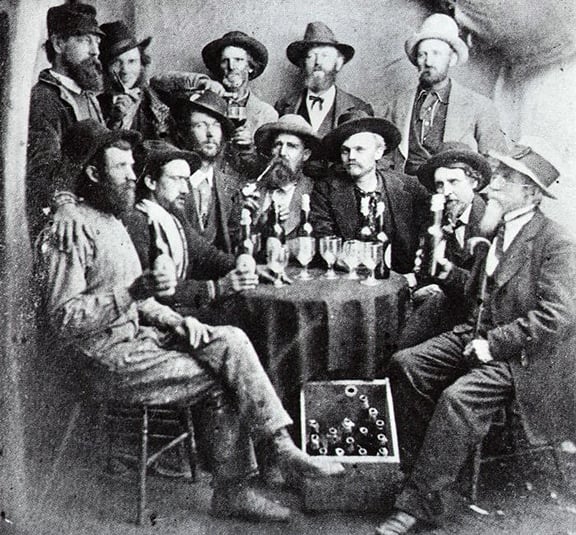 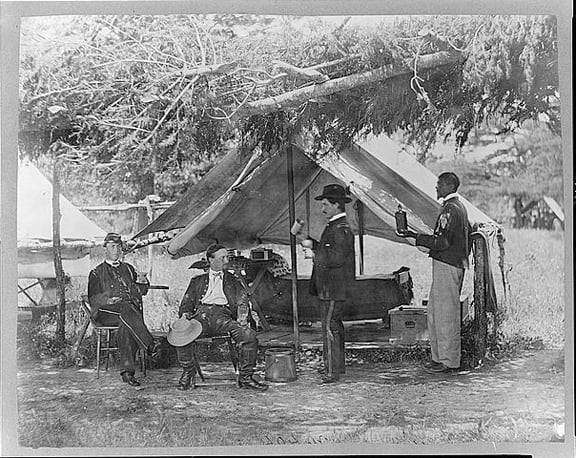 Maj. H.H. Humphrey and others – Library of Congress 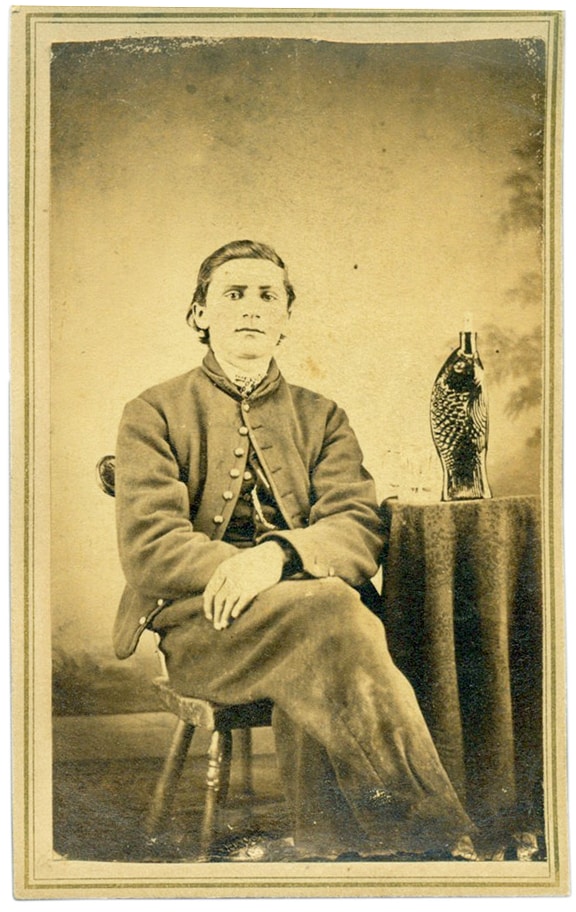 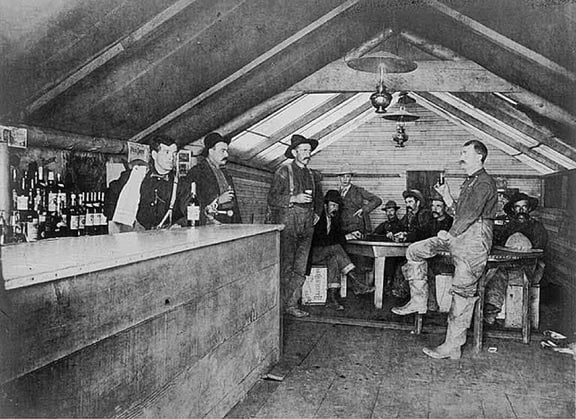 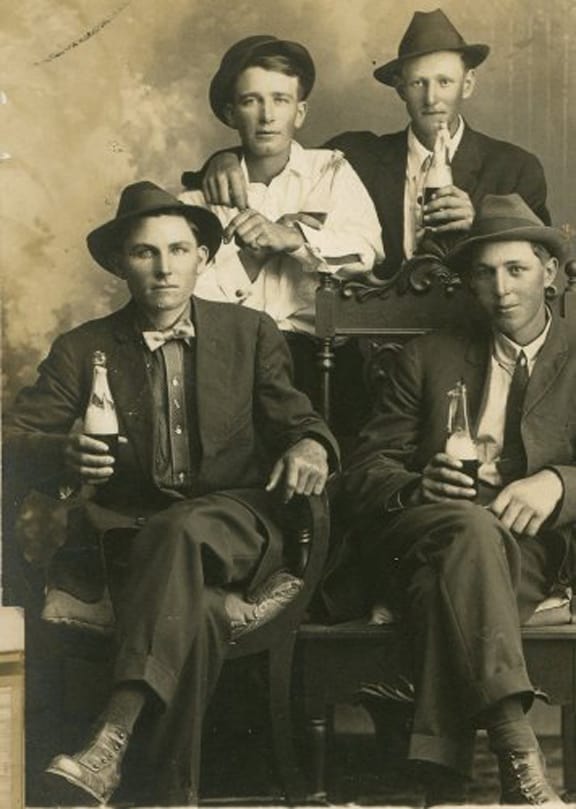 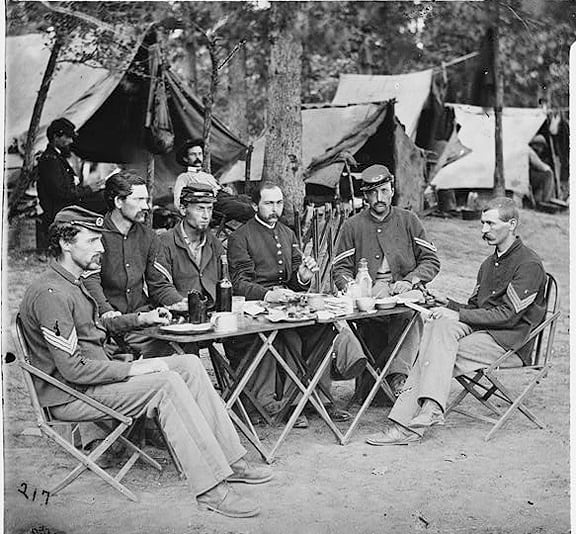 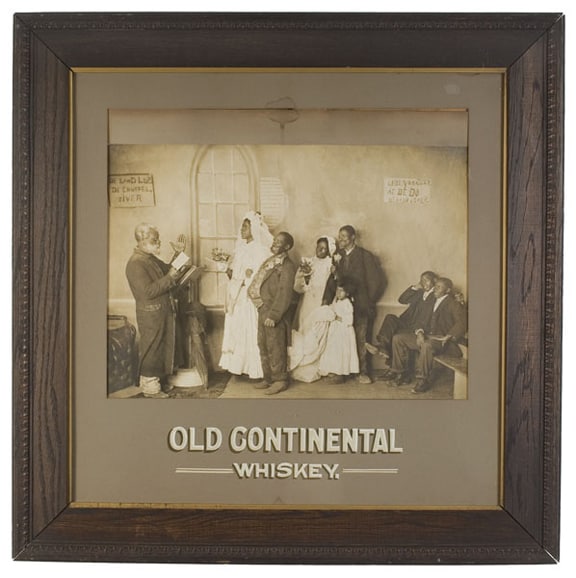 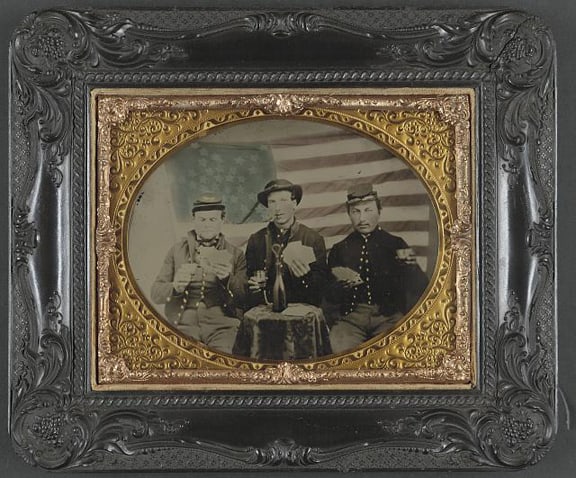 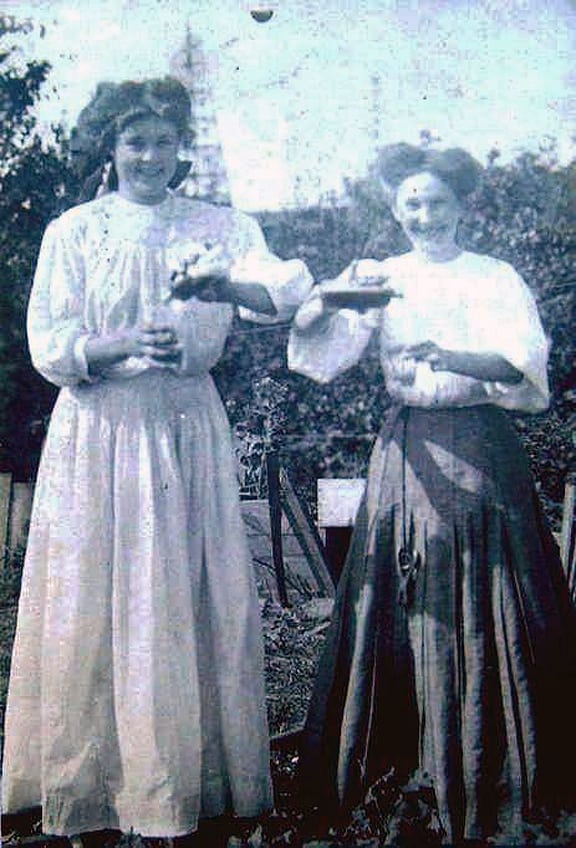 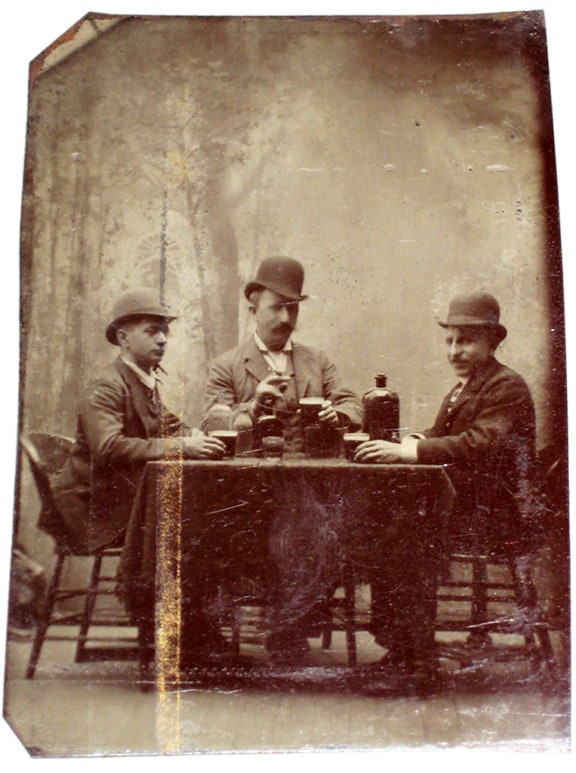 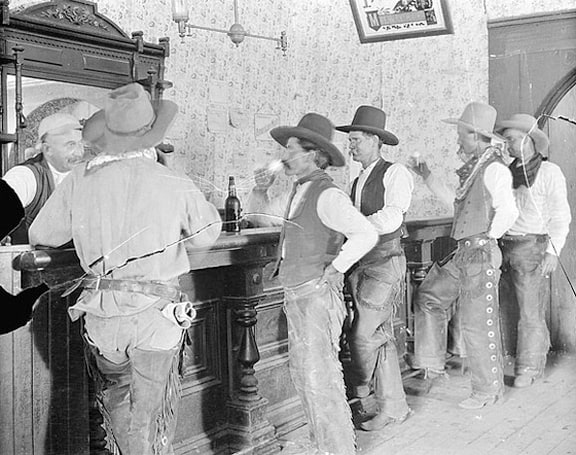 Cowboys drinking in a saloon bar 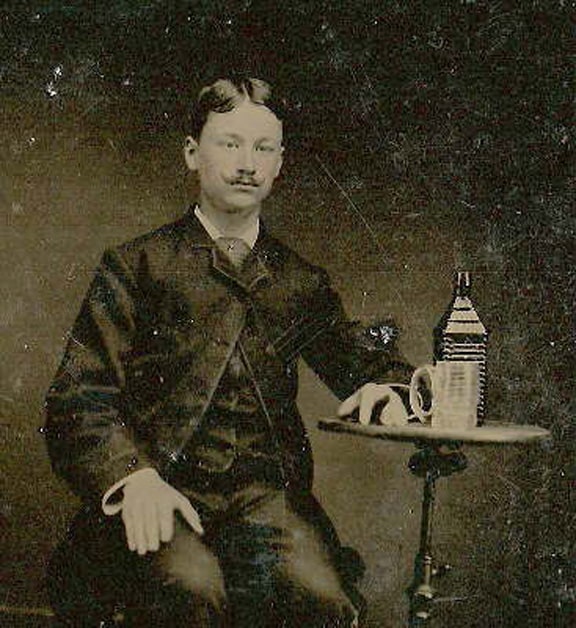 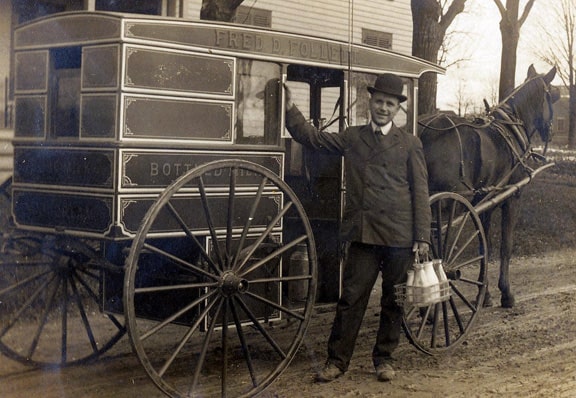 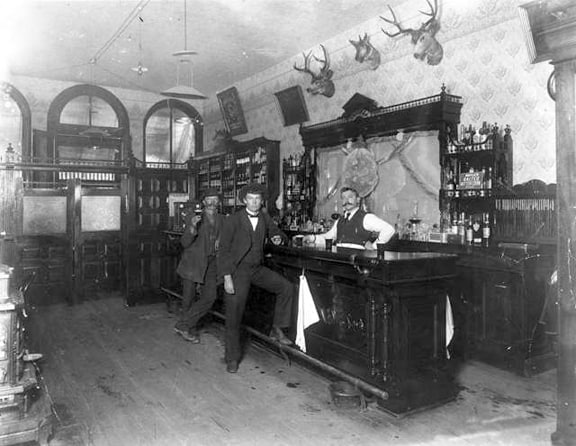 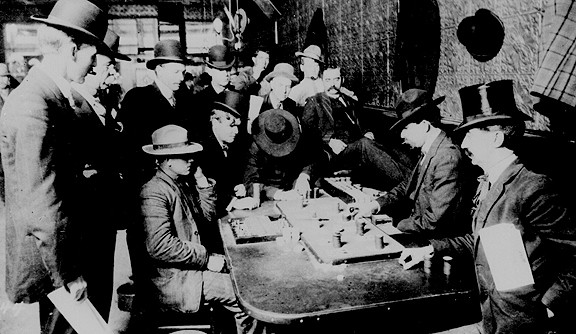 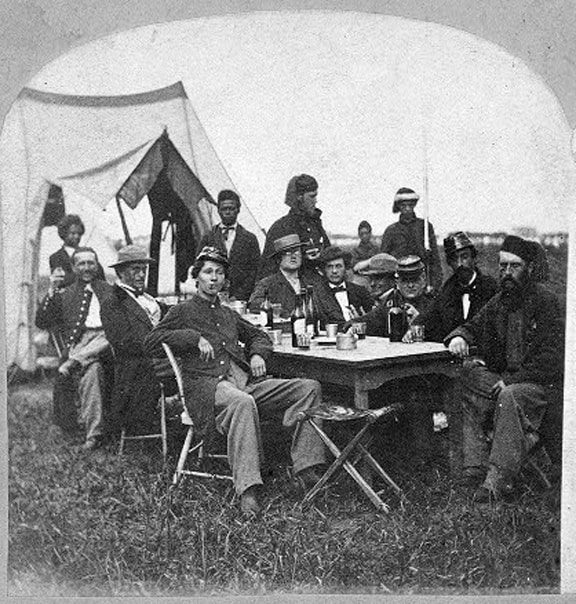 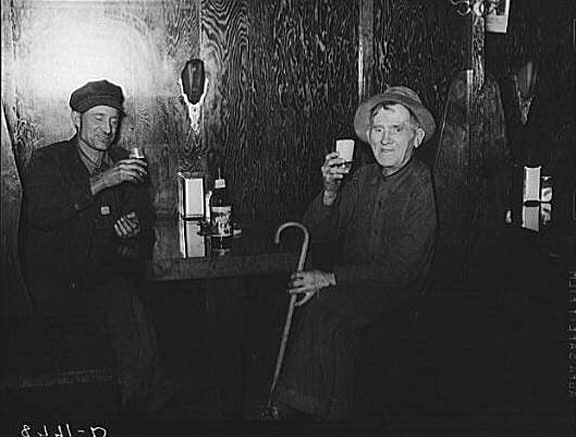 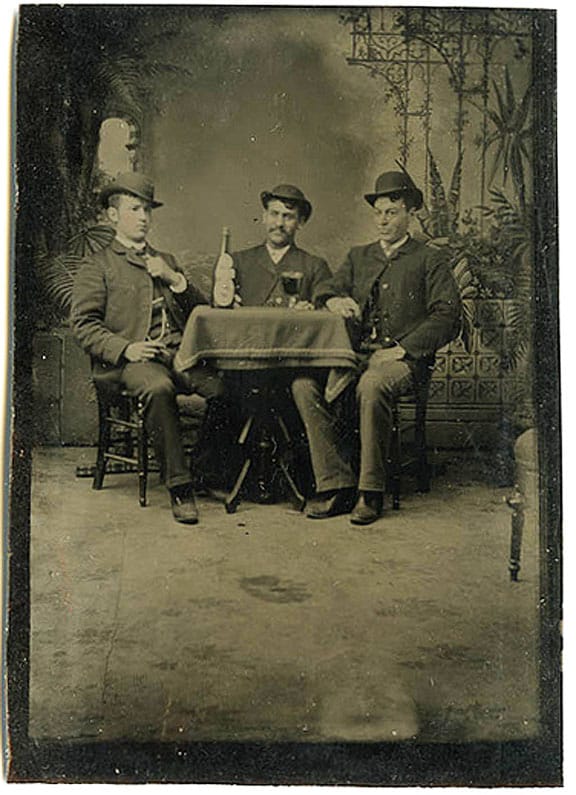 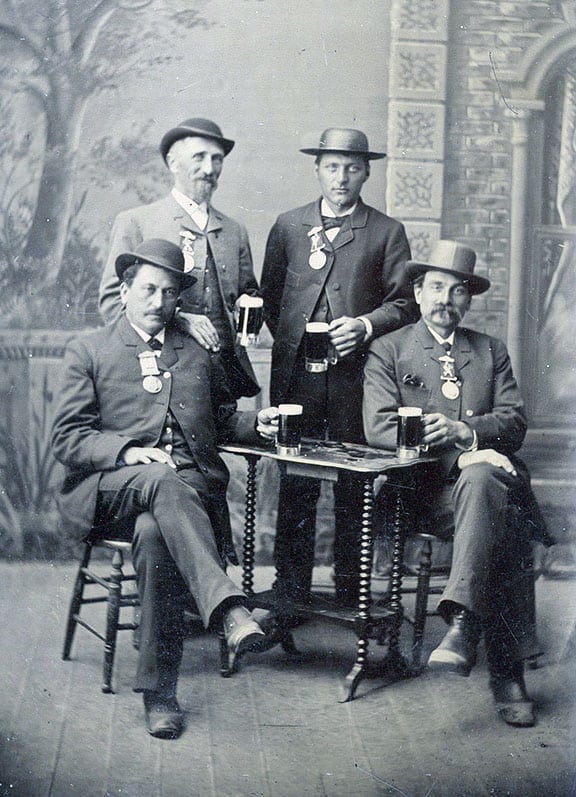 Unknown men in unknown location. They appear to be drinking beer and all are wearing medals of some type. – Brodhead Historical Society 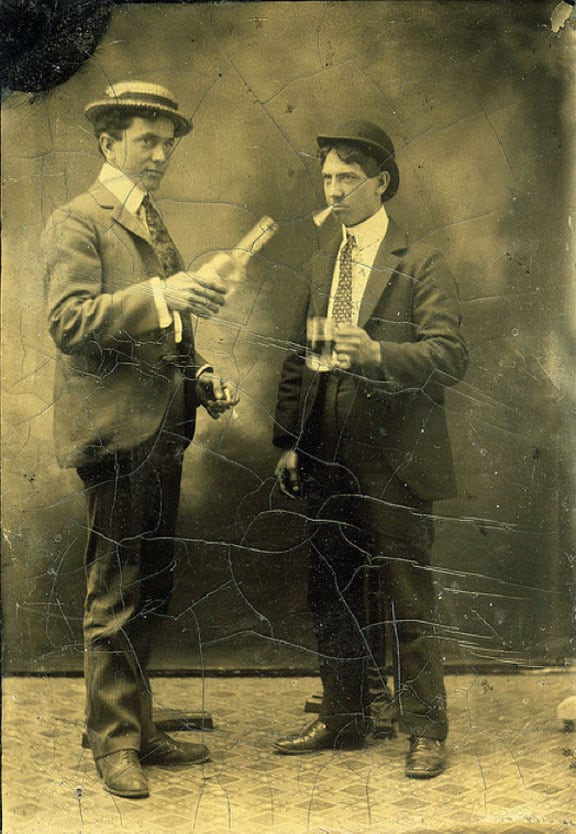 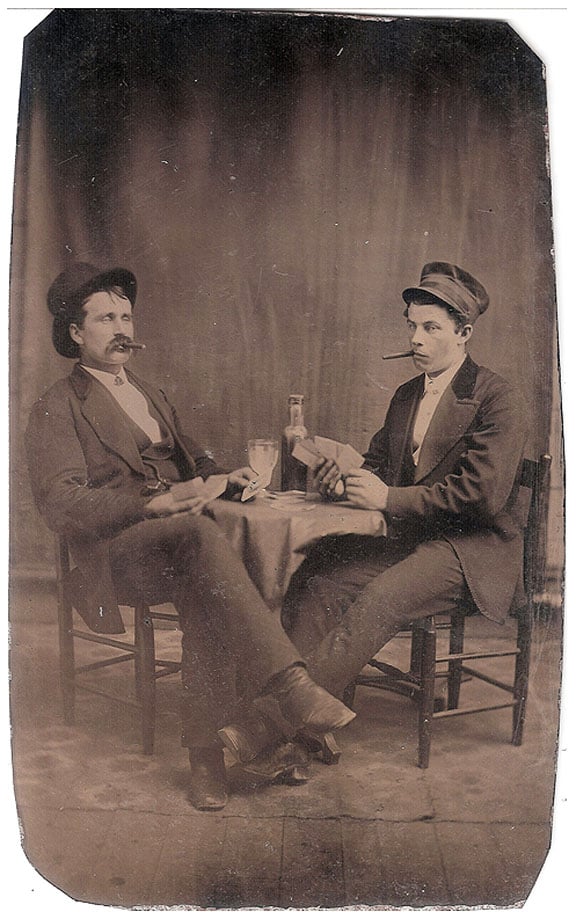 Drinking, smoking & poker. 3 things that do go well together! 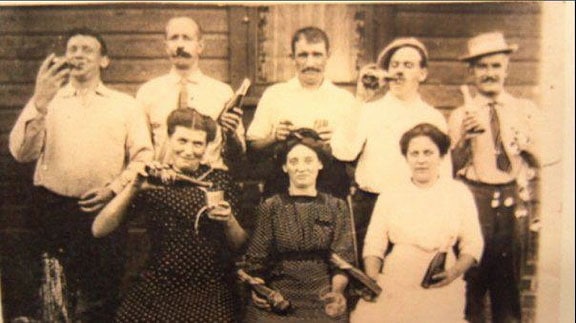 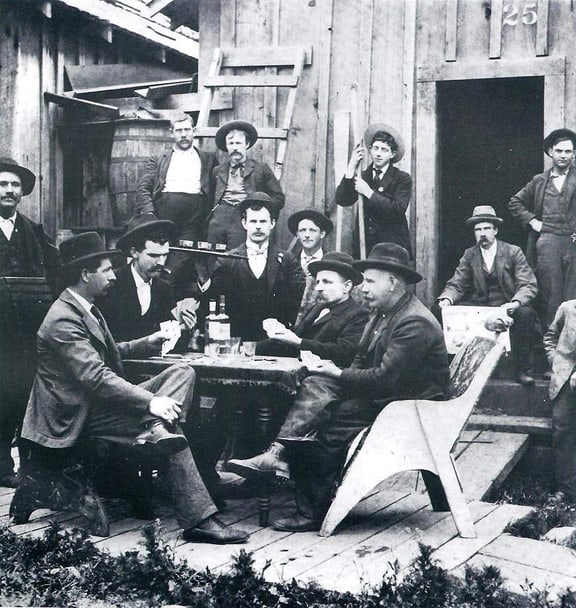 A Quiet Sunday at Scotia – The photo was taken in front of a bunkhouse at the company town of Scotia just south of Eureka, in Humboldt County, Ca. Scotia was big redwood lumber company town in the 1800′s. The town still exists but not as a company town. You can see the bunkhouse number on the wall behind the men and you can see hobnails on the bottom of the boots on one of the men playing cards. – photo Martin Ludtke 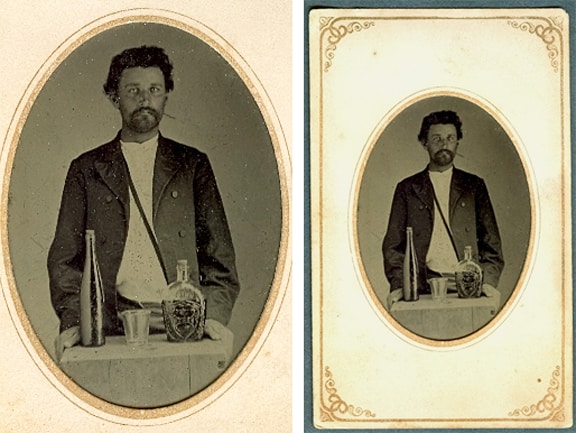 Ferdinand Meyer V is a native of Baltimore, Maryland and has a BFA in Fine Art and Graphic Design from the Kansas City Art Institute and School of Design. Ferdinand is the founding Principal of FMG Design, a nationally recognized design consultation firm. Ferdinand is a passionate collector of American historical glass specializing in bitters bottles, color runs and related classic figural bottles. He is married to Elizabeth Jane Meyer and lives in Houston, Texas with their daughter and three wonderful grandchildren. The Meyers are also very involved in Quarter Horses, antiques and early United States postage stamps. Ferdinand is the past 6-year President of the Federation of Historical Bottle Collectors and is one of the founding members of the FOHBC Virtual Museum.
View all posts by Ferdinand Meyer V →
This entry was posted in Ales & Ciders, Bitters, Civil War, History, Hutches, Milk & Creamers, Photography and tagged Alaska, bars, Bluff City, cowboys, Drakes, Fish Bitters, Hutchinsons, Martin Ludtke, men drinking, Milk, Miners, Old Continental Whiskey, Orient Saloon, saloons, Scotia, taverns, Tintype, Turner Brothers. Bookmark the permalink.

3 Responses to Photographs of People Drinking