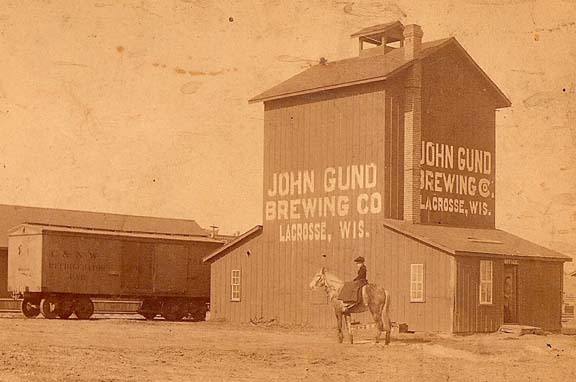 Presenting the fourth gallery of vintage pictures from up North as new material has come in from Steve Ketcham. If you have any candidates for inclusion in future galleries, please forward. Thanks. 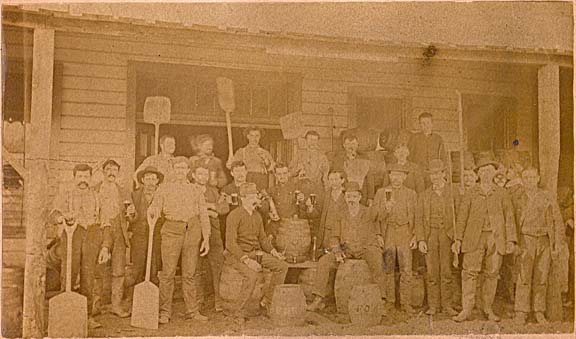 The reverse of this photo says it was taken at one of the Minneapolis Brewing Company sites, but we cannot confirm it. Note the fellows holding tools of their trade (especially the maltsters with their shovels) as well as the fruits of their labors. – Steve Ketcham 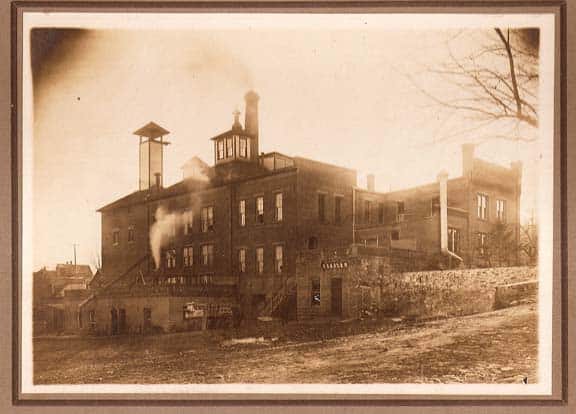  
Though unconfirmed, we believe this is an image of the Joseph Schmucker Brewery of New Ulm, Minnesota. The name on the wagon seems to read “Schmucker.” – Steve Ketcham 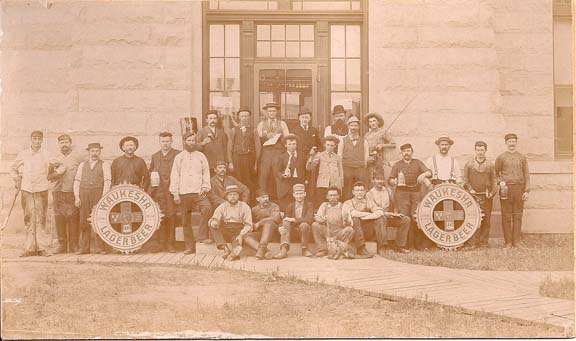 One of our all-time favorite images shows employees of the Milwaukee Waukesha Brewing Company of Waukesha, Wisconsin. They produced Fox Head Beer. Note the fox on a leash at the front of the group. Here again, many of the fellows are holding either tools of the trade or a glass, stein, or bottle of brew. – Steve Ketcham 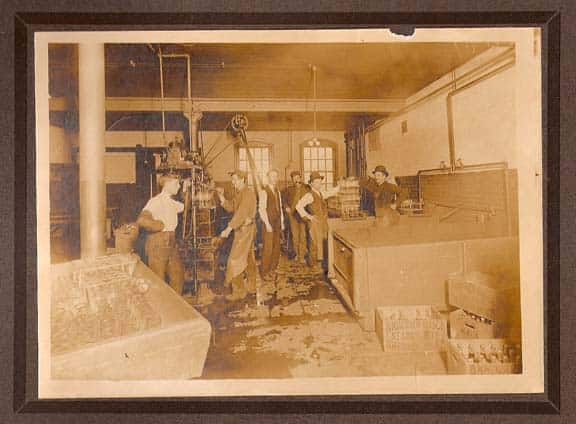 Another one of our favorites. This photo captures the crew at the St. Paul, Minnesota, bottling plant of the Anheuser-Busch Brewing Company. It is dated 1909 on the reverse, and the location is listed as being at the foot of Chestnut Street. – Steve Ketcham 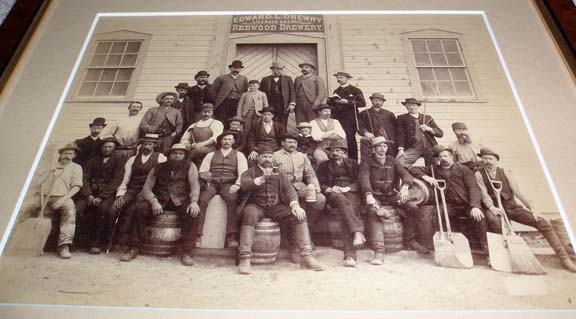 Edward Drewry bought the Redwood Brewery in 1877. The company eventually brewed in Indiana for the American market. Edward Drewry is said to be related to the Drewry brewing and bottling family of St. Paul, Minnesota. Look for the tools of the various brewery trades these boys are holding. – Steve Ketcham 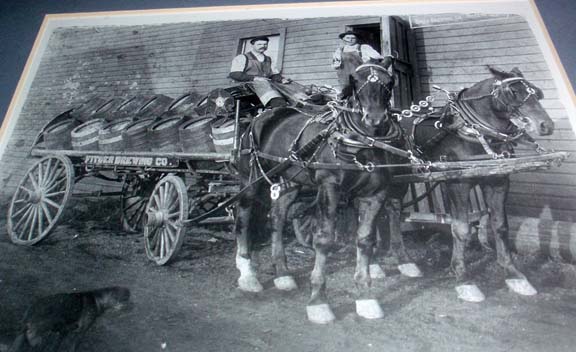 Louis Sadar, my wife’s grandfather, is shown here driving the Fitger Beer wagon in the Iron Range town of Eveleth, Minnesota. This photo was taken prior to 1917, the year Louis died. – Steve Ketcham 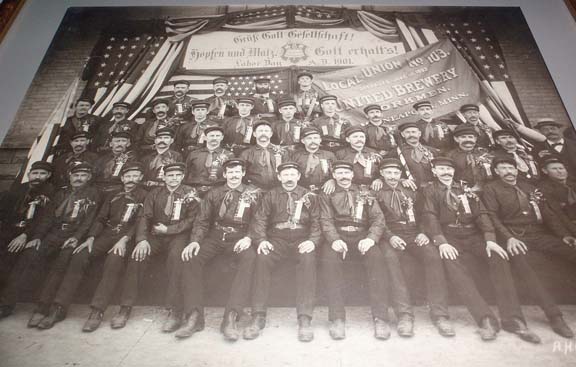 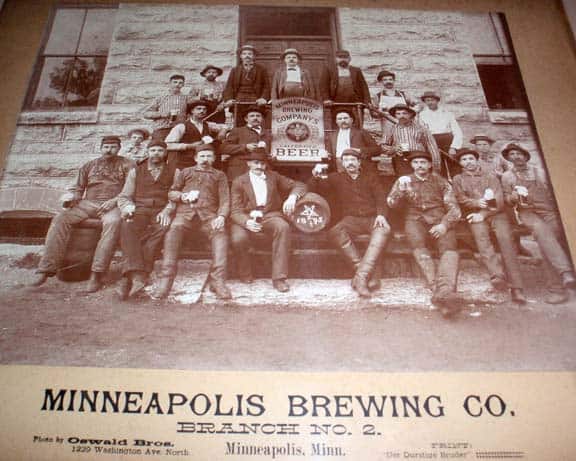 Originally owned by the Heinrich Brewing Association, this facility became a part of the Minneapolis Brewing Company in 1890 when it merged with three other breweries. Nearly everyone is enjoying a cold one, and these fellows chose to exaggerate the foam atop their steins just a bit. Maybe some crumpled paper? – Steve Ketcham 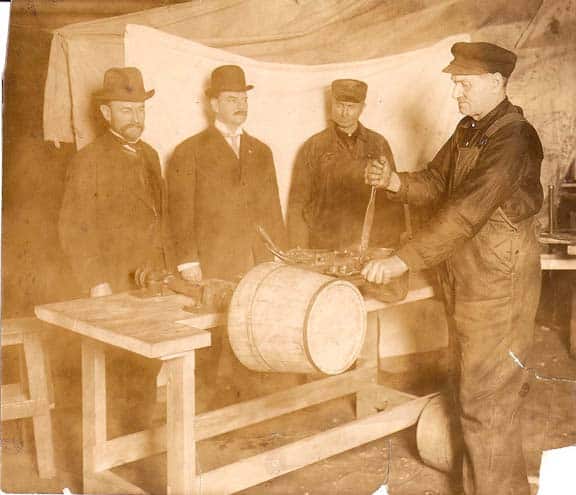 According to writing found on the reverse, this photo was taken at the cooperage of the Lauritzen Malt Company of Minneapolis. – Steve Ketcham 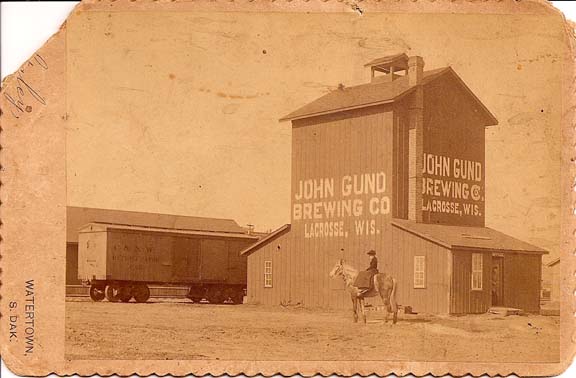 Because this image was taken in Watertown, South Dakota, we believe this elevator was used to store South Dakota grain prior to shipping it to the Gund Brewing Company in La Crosse. – Steve Ketcham 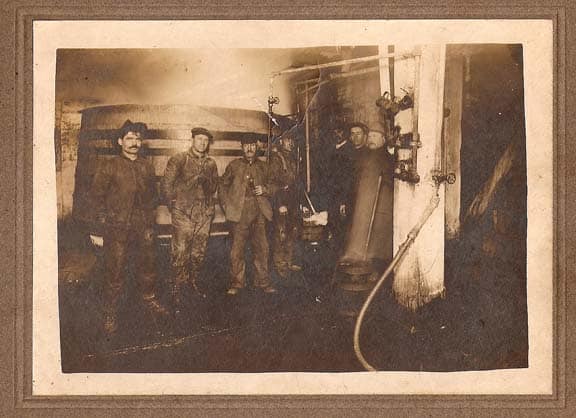 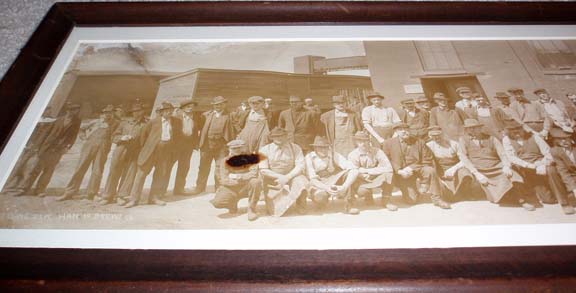 (Left Picture – see below) This pre-Prohibition photo of the crew at the Hamm’s Brewing Co. Bottling Department is over 24 inches long. We had to take two shots to get it all. Sorry, but we have no photo stitch software. – Steve Ketcham

(Right Picture – see above) This pre-Prohibition photo of the crew at the Hamm’s Brewing Co. Bottling Department is over 24 inches long. We had to take two shots to get it all. Sorry, but we have no photo stitch software. – Steve Ketcham