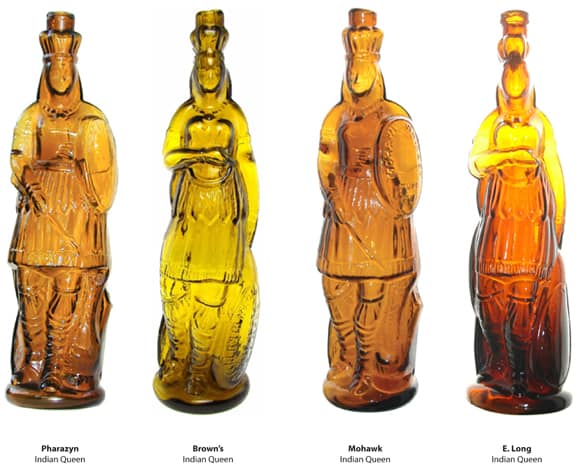 So far in this rather limited figural ‘Queen’ series, we have looked the Brown’s Celebrated Indian Herb Bitters, H. Pharazyn ‘Queen‘, and the Mohawk Queen.

Today we will look at the E. Longs Indian Herb Bitters ‘Queen’ which is found (assuming you can find) in shades of amber. Specimens of all four Queens are pictured above. You would have to suspect that these bottles were all made in the Northeast and that the proprietors all knew of the other brands as the molds are so similar. Even the names are similar in that the word ‘Herb’ is used in the Brown’s and Longs name and related possibly to the maker of the Pharazyn Queen.

You will also notice that the E. Long ‘Queen’ has a mold similar to the other ‘Queens’ but is actually different upon closer inspection. The arm is crossed and the shield is low with the product embossing on the face of the shield. This makes this mold unique. There is also an applied mouth on both of the examples I have seen. Additionally, the body is 1/2 inch shorter than the Brown’s Indian Queen with a small variation in the fringe. Yes, I said both. There are two examples that I am aware of and I have pictured both in this post. I suspect there may be a few more specimens squirreled away deep in collections but they have not surfaced. You hardly ever get to see this great bottle. 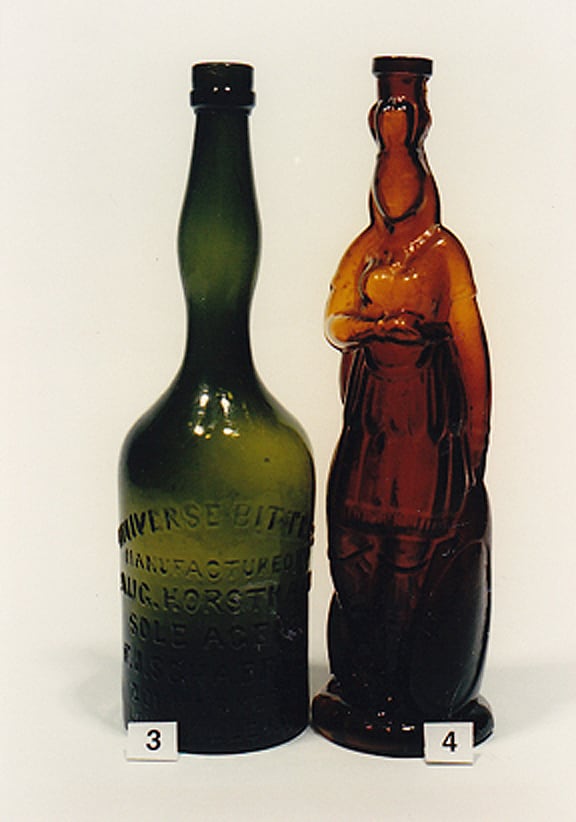 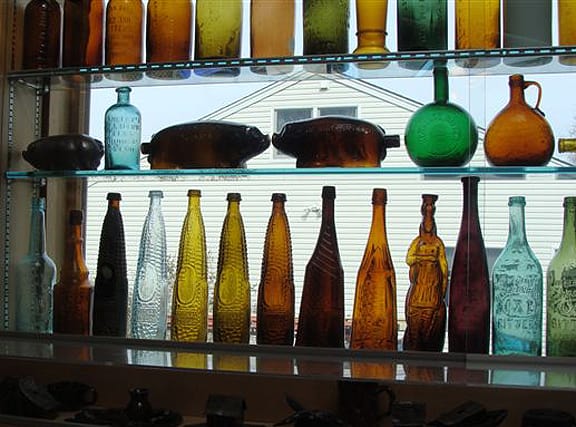 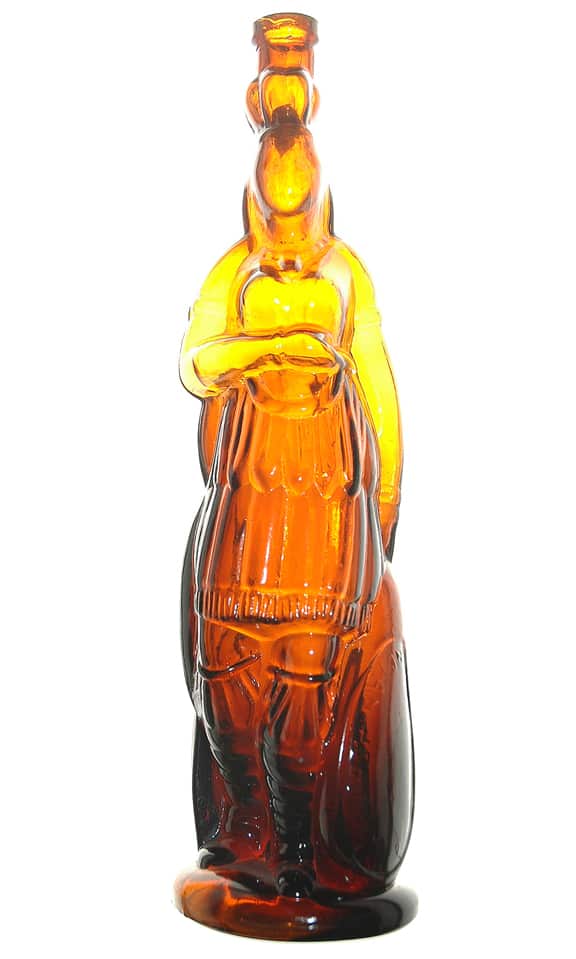 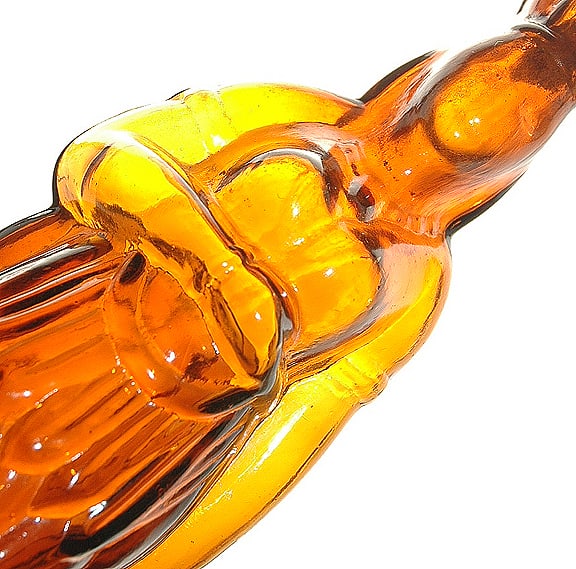 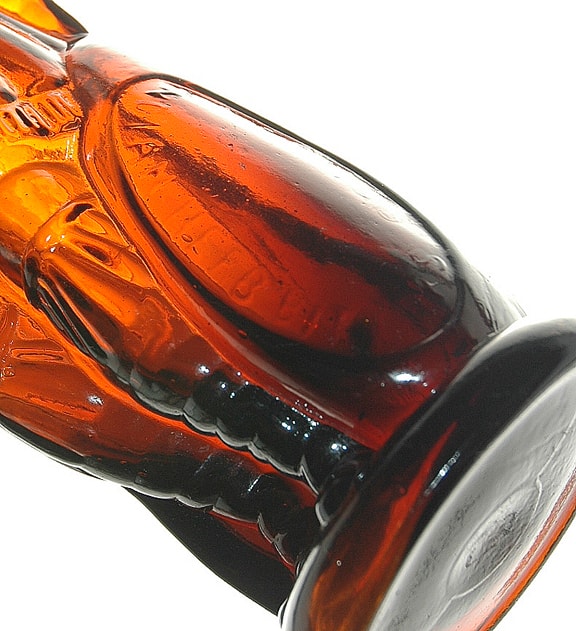 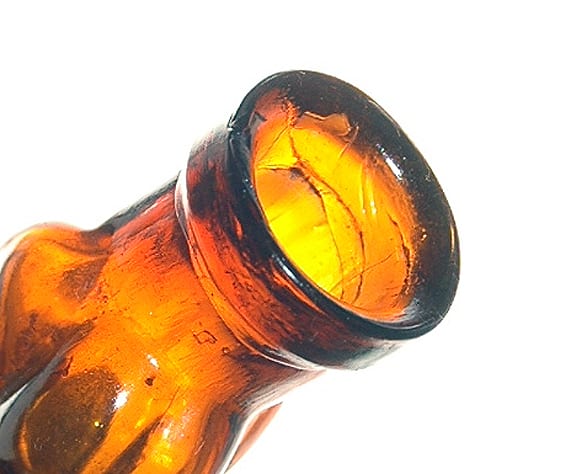 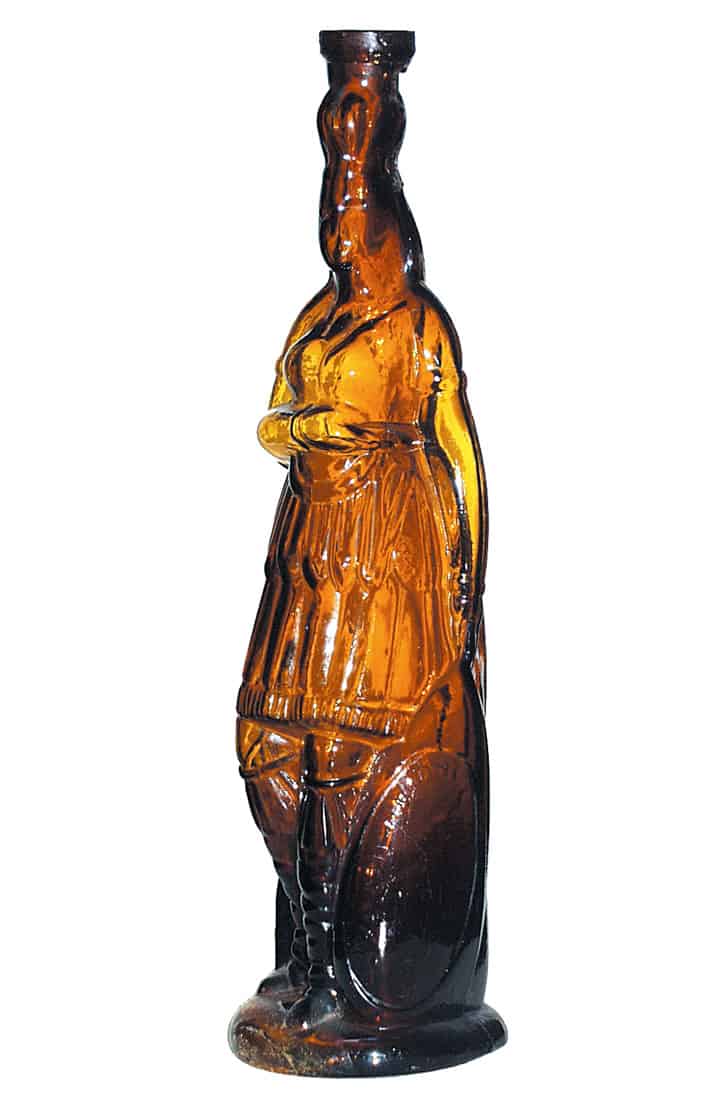 Ferdinand Meyer V is a native of Baltimore, Maryland and has a BFA in Fine Art and Graphic Design from the Kansas City Art Institute and School of Design. Ferdinand is the founding Principal of FMG Design, a nationally recognized design consultation firm. Ferdinand is a passionate collector of American historical glass specializing in bitters bottles, color runs and related classic figural bottles. He is married to Elizabeth Jane Meyer and lives in Houston, Texas with their daughter and three wonderful grandchildren. The Meyers are also very involved in Quarter Horses, antiques and early United States postage stamps. Ferdinand is the past 6-year President of the Federation of Historical Bottle Collectors and is one of the founding members of the FOHBC Virtual Museum.
View all posts by Ferdinand Meyer V →
This entry was posted in Bitters, Collectors & Collections, Figural Bottles and tagged bitters, E. Long, Figural, Herb, Indian, Queen. Bookmark the permalink.