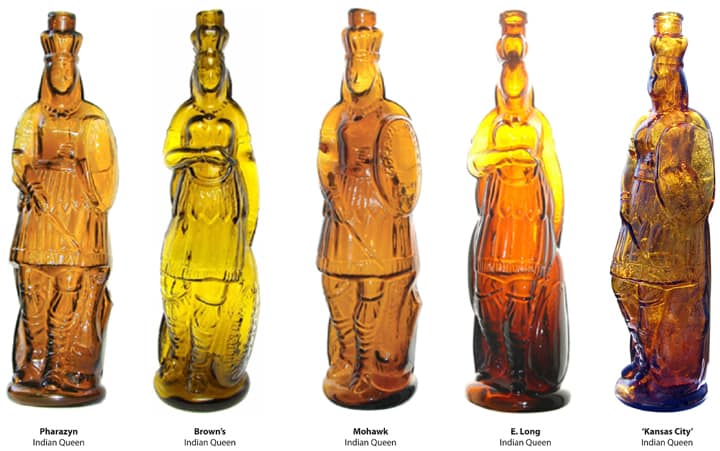 Well I took a left turn today as I finished up the Indian Queen Series. I have to say, I was a bit disappointed that I could not find any advertising for the Browns, Mohawk, Pharazyn, Longs or Kansas City Queens. I did however come across some wonderful Indian Queen, Princess and Maiden advertising which I have reposted below. Wouldn’t it have been great if I could find an old black & white illustration similar to the Mazola corn girl below. 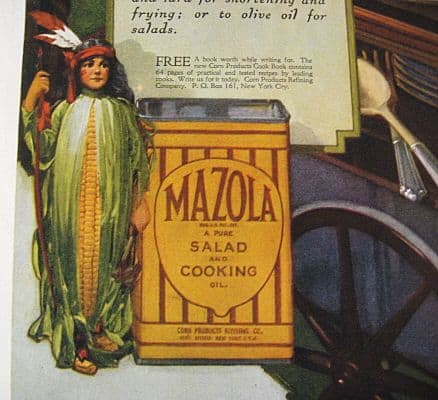 Detail from Mazola Oil Ad With Indian Maiden Circa 1920 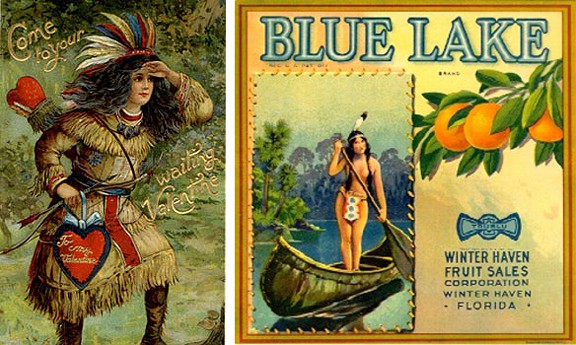 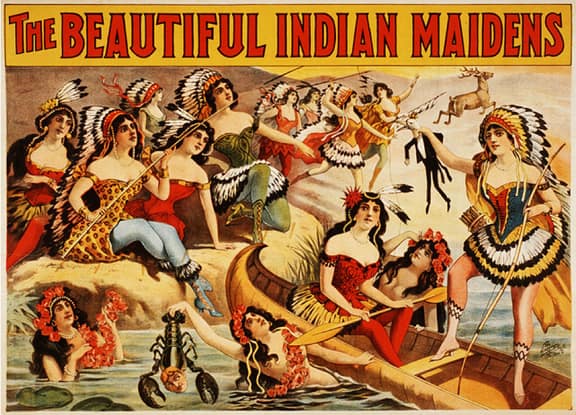 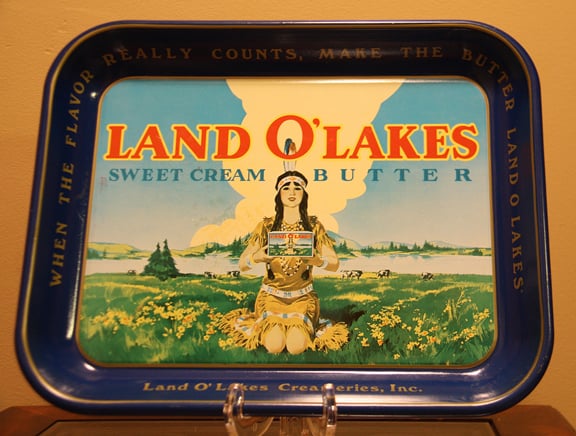 Vintage Land O’Lakes Sweet Cream Butter Metal Tray, Land O’Lakes was founded in 1921 in Minnesota by representatives from 320 co-op creameries to improve marketing and quality of butter. In 1924 the uniformly graded sweet cream butter was given the name Land O’Lakes. The Land O’Lakes Indian Maiden holding a butter box was first painted in 1928 by Arthur Hanson. – Etsy 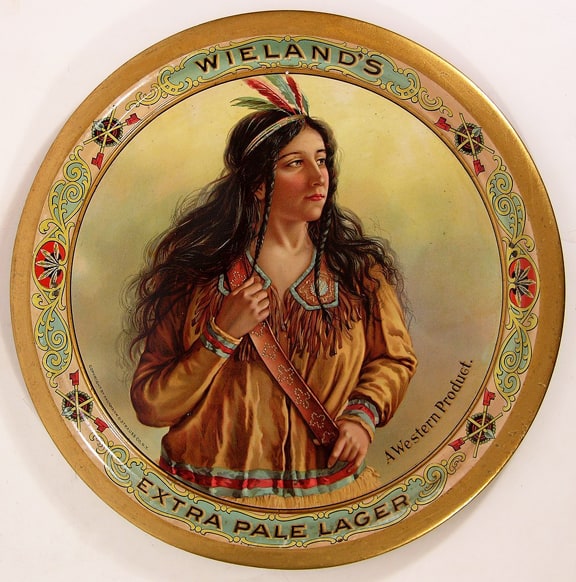 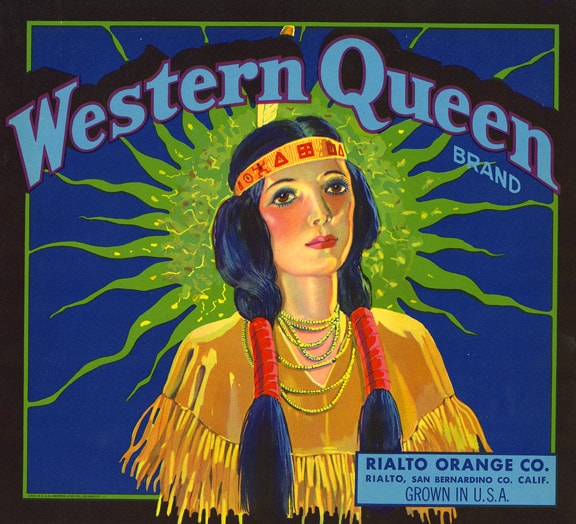 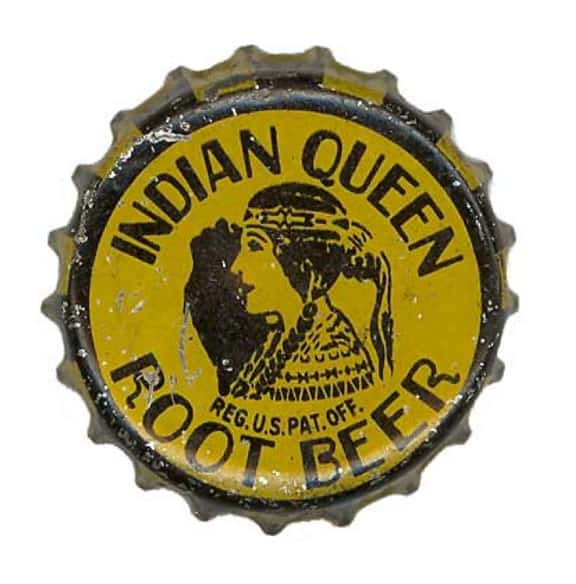 Indian Queen Root Beer. Indian Queen started in 1927 and this cap is probably from that era. – flickr 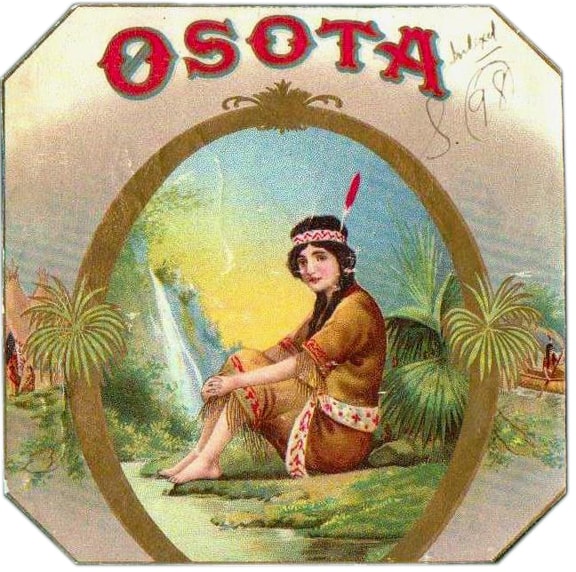 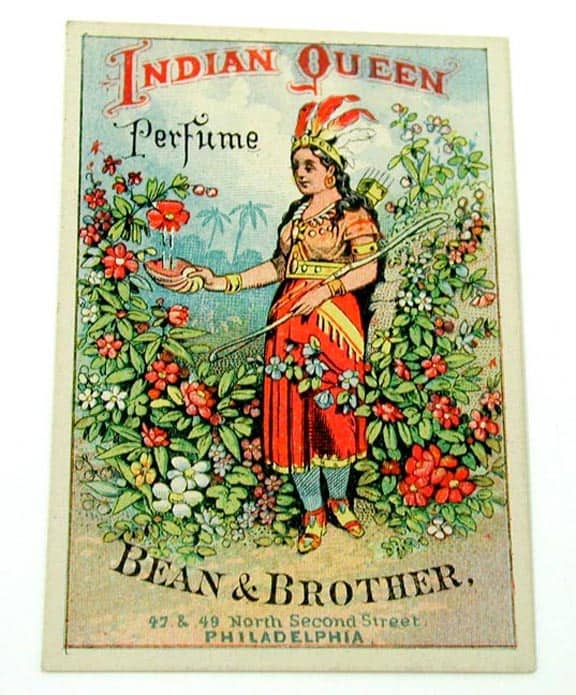 This handsome small trade card is for Indian Queen Perfume by Bean & Brother of Philadelphia. It’s an image of a Native American woman gathering nectar from a flower in a seashell. – eBay 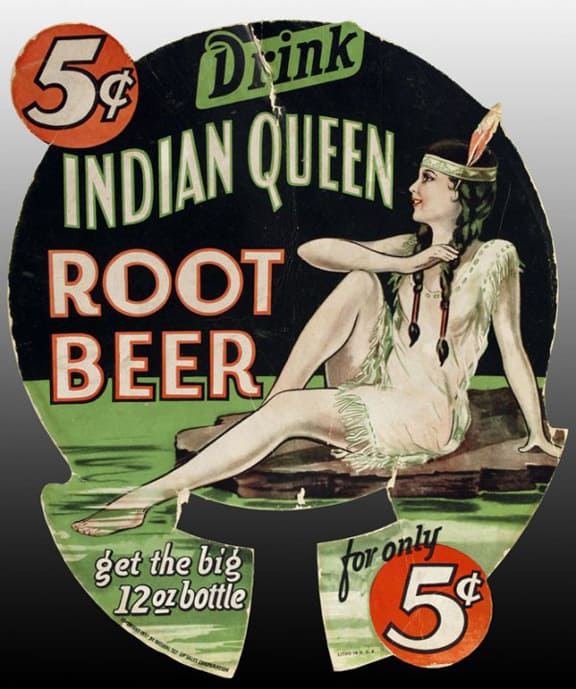 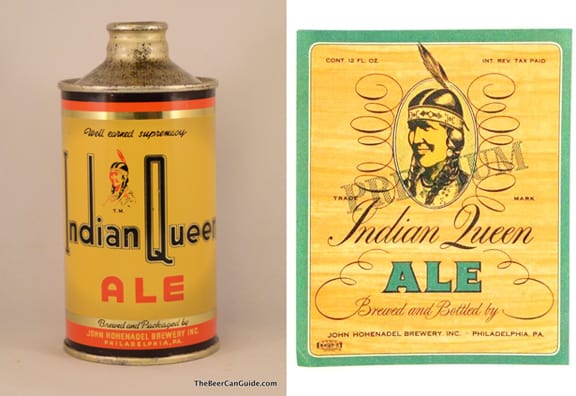 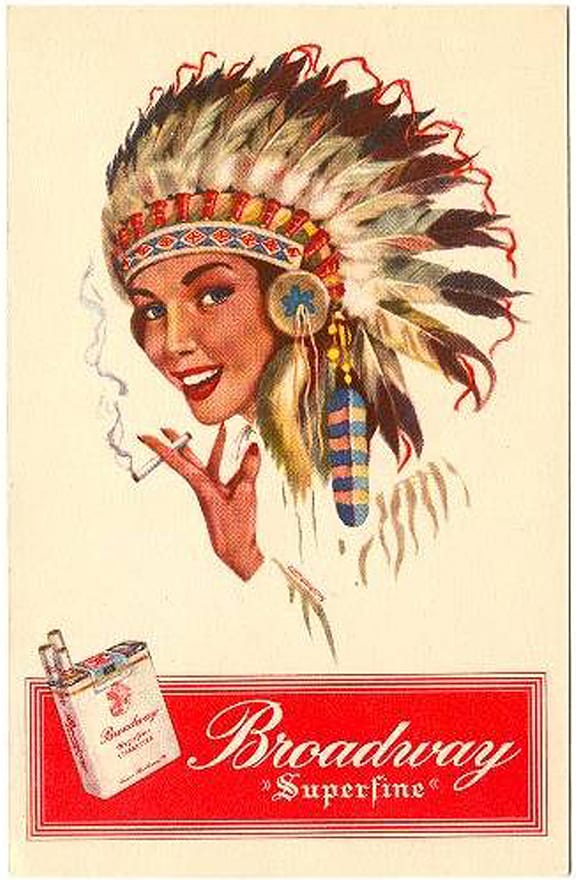 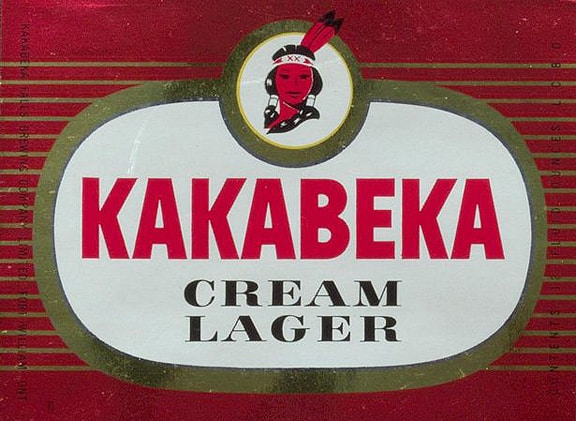 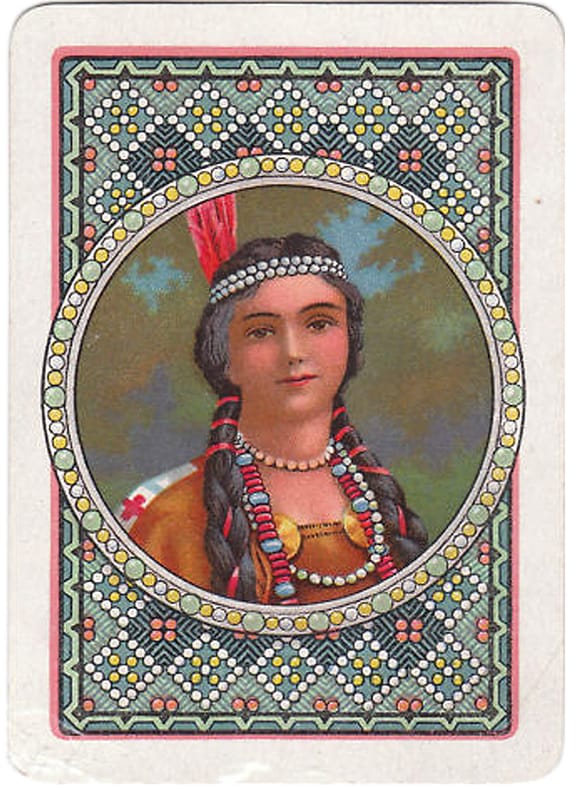 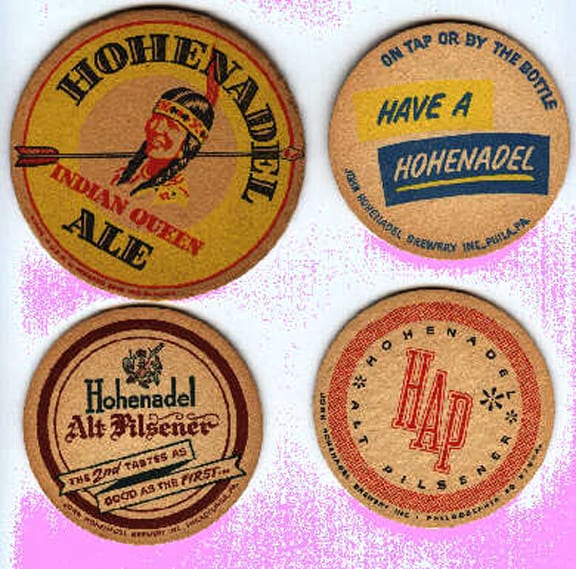 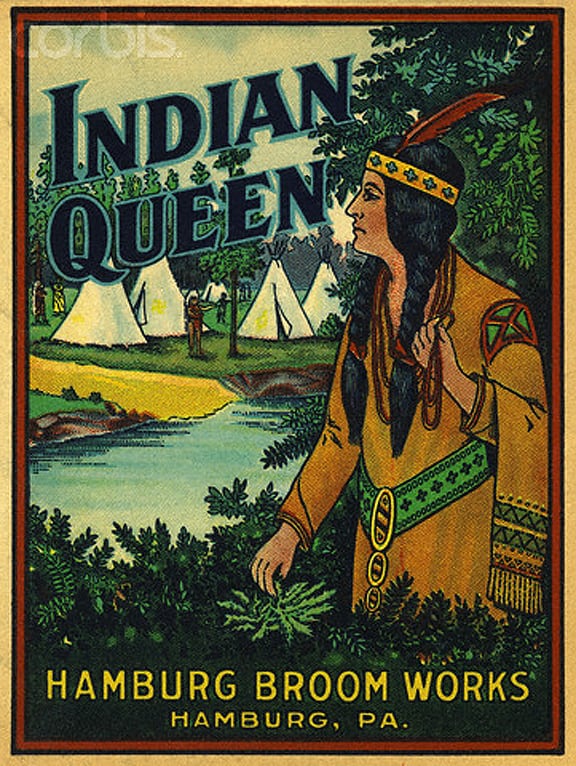 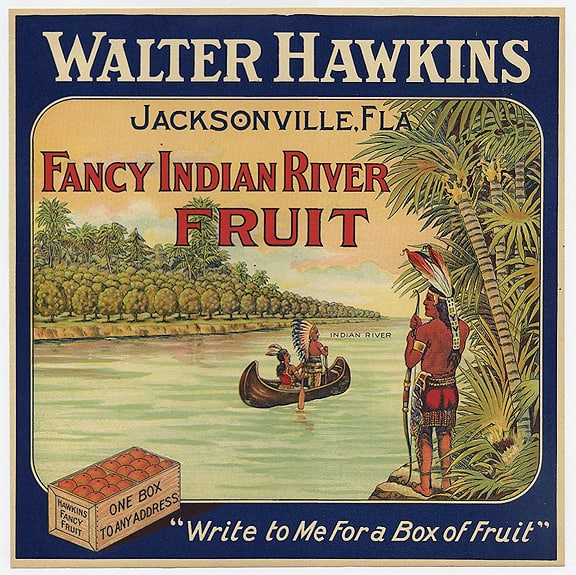 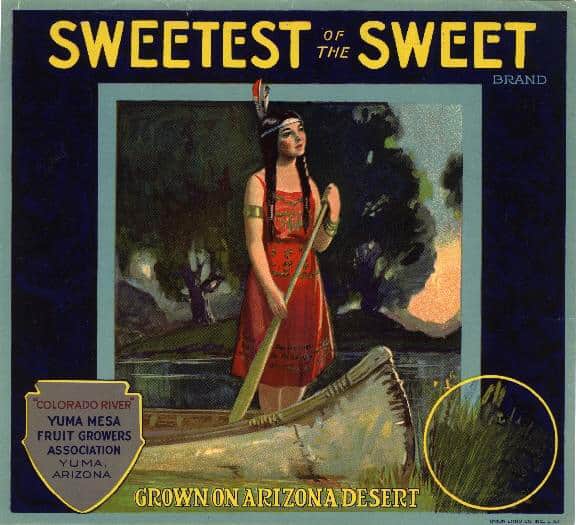 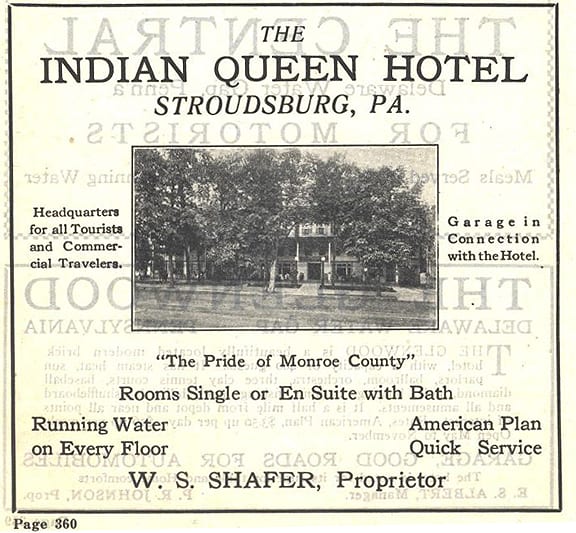 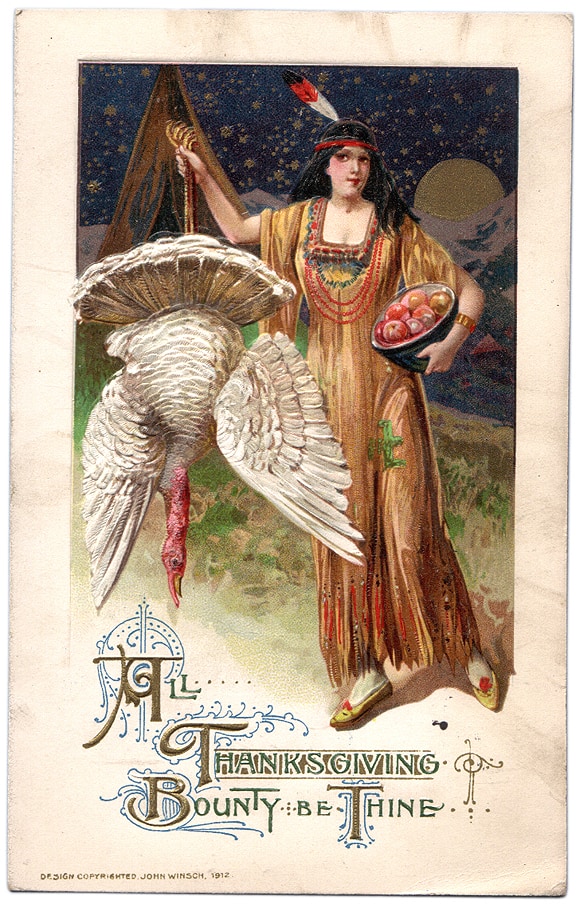 A wonderful vintage Thanksgiving postcard showing a lovely Indian Maiden holding up a white turkey and also holding a bowl of apples. This is done by the artist Schmucker, but unsigned. Design copyright by John Winsch 1912. – eBay 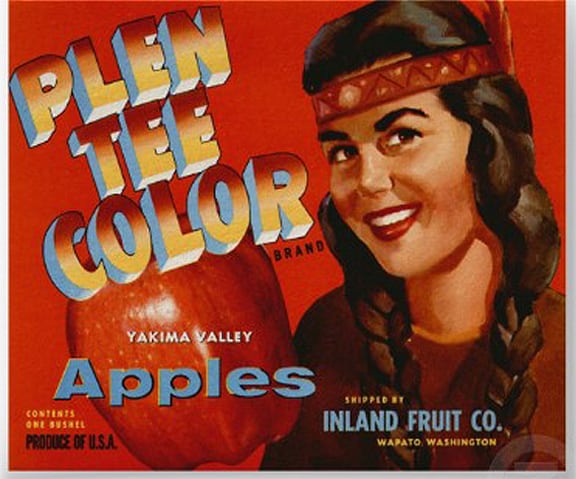 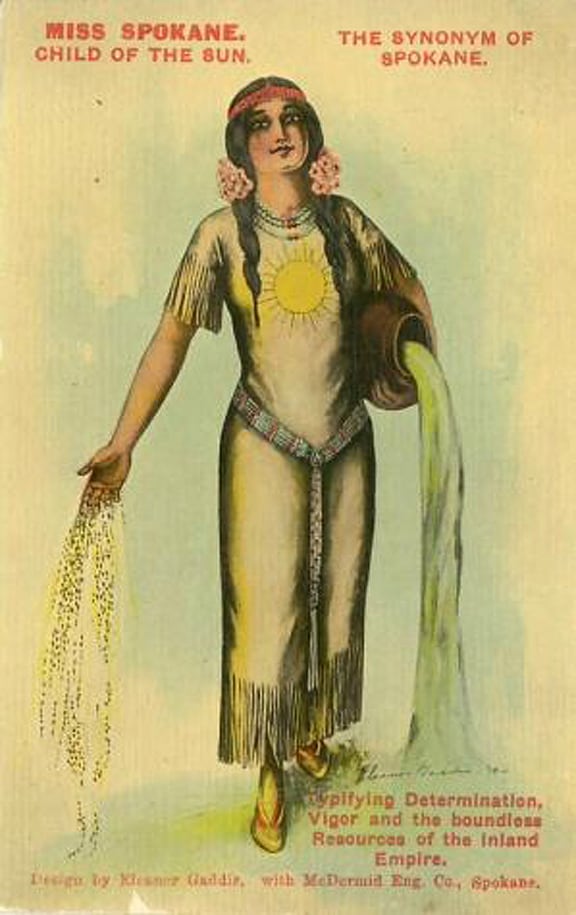 Graphically striking and unused c. 1912 postcard of Miss Spokane, the symbol of Spokane, WA. Artist Eleanor Gaddis drew the design for the Spokane Advertising Club, a group of Spokane businessmen who sponsored the first Miss Spokane contest as a means to promote the city. In March 1912, they picked 17-year-old Marguerite Motie (1895-1982) as Miss Spokane, the city’s first official hostess. The smiling Motie is seen here with grain falling from one hand and water spilling from a jug in her left hand, intended to depict the area’s bounty. The card reads: “Typifying Determination, Vigor and the boundless Resources of the Inland Empire.” Motie served as Miss Spokane until 1939, when the Chamber of Commerce assumed sponsorship of the contest; the city symbol was retired in 1977, as the use of Indian mascots became controversial. 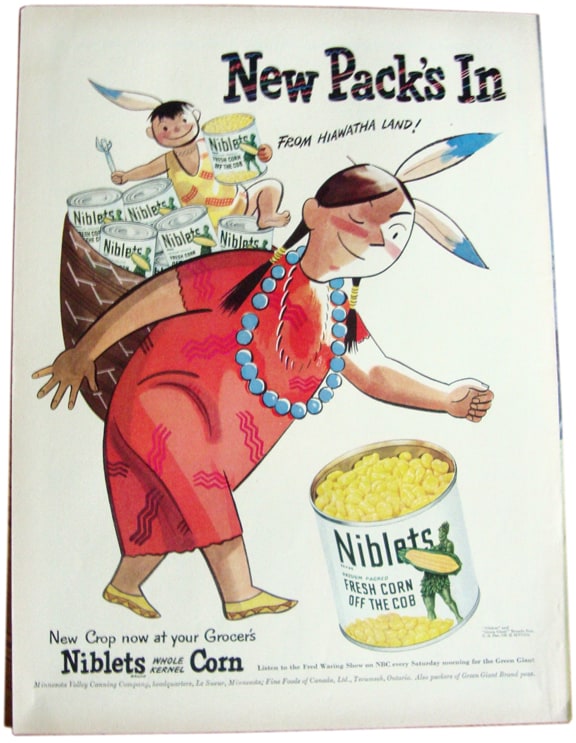 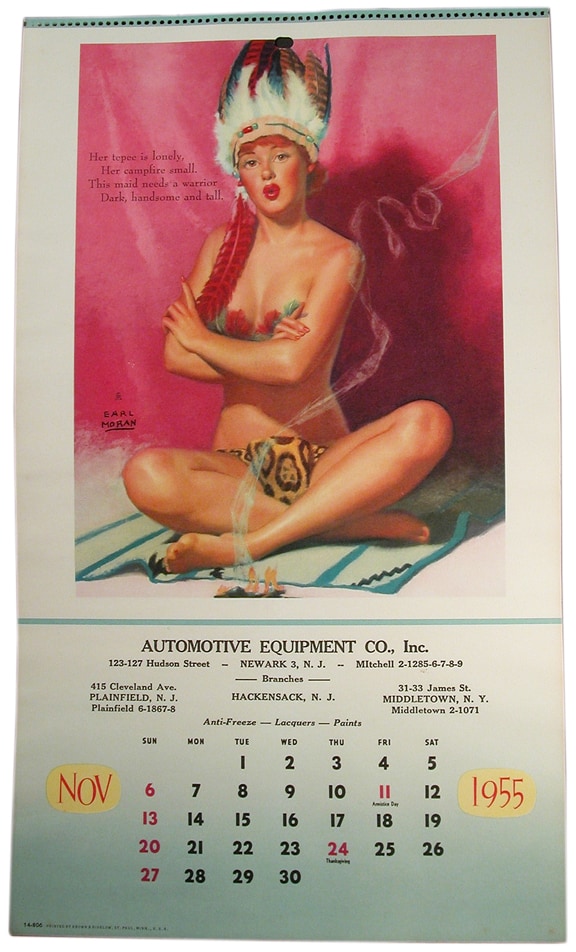 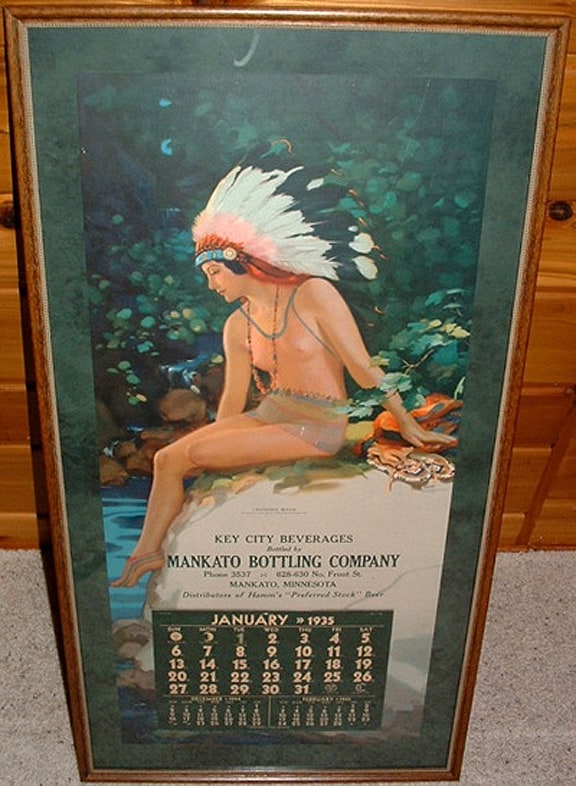 Ferdinand Meyer V is a native of Baltimore, Maryland and has a BFA in Fine Art and Graphic Design from the Kansas City Art Institute and School of Design. Ferdinand is the founding Principal of FMG Design, a nationally recognized design consultation firm. Ferdinand is a passionate collector of American historical glass specializing in bitters bottles, color runs and related classic figural bottles. He is married to Elizabeth Jane Meyer and lives in Houston, Texas with their daughter and three wonderful grandchildren. The Meyers are also very involved in Quarter Horses, antiques and early United States postage stamps. Ferdinand is the past 6-year President of the Federation of Historical Bottle Collectors and is one of the founding members of the FOHBC Virtual Museum.
View all posts by Ferdinand Meyer V →
This entry was posted in Advertising, Ales & Ciders, Art & Architecture, Bitters, Breweriana, eBay, Ephemera, Figural Bottles, History, Root Beer, Trade Cards and tagged advertising, Indian, Maiden, princess, Queen. Bookmark the permalink.