After looking at the well known Brown’s Celebrated Indian Herb Bitters (figural Indian Queen) yesterday we will move next to the oddly named H. PHARAZYN Queen which is a different mold than the Brown’s ‘Indian Queen’ and very similar to the Mohawk Whiskey Pure Rye Queen. This bottle always comes in shades of amber which is a major difference from the broad range of colors associated with the Brown’s Queen. Because the bottle is also embossed ‘PHILA RIGHT SECURED’ this allowed me to search the Pharazyn name online in Philadelphia as not much information is available other than past auction sales of the bottle. 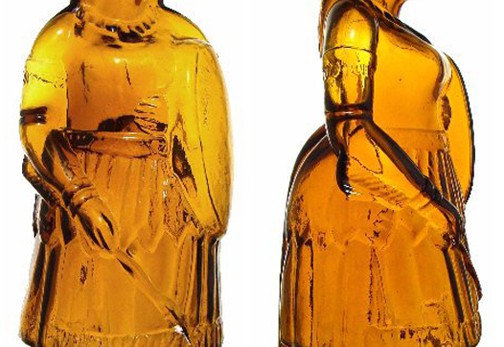 Figure 1: The H. PHARAZYN Queen varies from the BROWN’S Queen in that the right arm is well below the waist and is holding a sword. The left arm is bent and holding a shield to the body. The shield for the PHARAZYN Queen is unembossed and the area usually used for the patent date has ‘H. PHARAZYN PHILA RIGHT SECURED’. 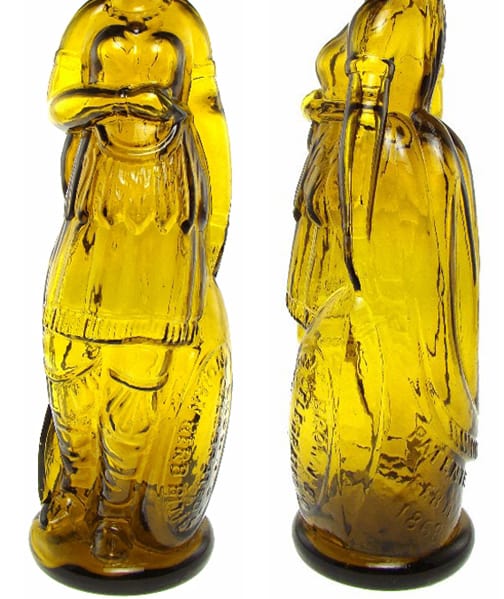 Figure 2: The BROWN’S Queen varies from the PHARAZYN Queen in that the arms are not holding the shield (embossed with the product name) and sword.

The meaning of Pharazyn come may come from a trade, such as the name “Carpenter” which was given to woodworkers. A lot of these craft-based family names can be a profession in another language. For this reason it is useful to research the country of origin of a name, and the languages spoken by it’s family members. Many western names like Pharazyn originate from religious texts such as the Quran, the Bhagavadgītā, the Bible, and other related texts. Often these family names are shortened versions of a religious sentiment such as “Favored of God”. (AncientFaces)

The most probable match for our Queen bottle is Henry Pharazyn in Philadelphia. I have a hunch that he tried to knock off the famous Brown’s Celebrated Indian Herb Bitters which he certainly must have been aware of as both products are related to the same city, Philadelphia. Henry had many professions and seemed to move around but he did work in a saloon and he did sell herbs. 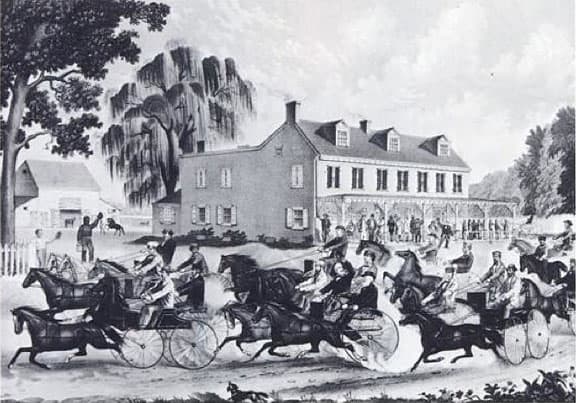 Henry Pharazyn, born ca. 1822 in England, brother of colorist and lithograph publisher Alfred Pharazyn, worked as an artist, jeweler, frame dealer, colorist, and lithograph publisher in Philadelphia during the mid nineteenth century. Known lithographs issued by Pharazyn include “Trotting Cracks of Philadelphia Returning from the Race at Point Breeze Park,…” (1870) published at his frame establishment at 1725 Lombard Street.
During the 1840s city directories listed Pharazyn as a “military artist” at 13 Dugan Street (Center City), while in the 1850s he was listed as a jeweler at 199 1/2 (i.e., 500 block) South Street. The 1860 and 1870 censuses record him as an artist (resident of Ward 3) and colorist (resident of Ward 7), respectively, whose personal estate had increased from $100 to $1000. According to the 1870 city directory, he also worked at a saloon. During the 1870s, he was employed as a carpenter, and later a herbs dealer (529 South Seventh Street), the latter which he continued as an occupation into the 1880s. Pharazyn died a pauper and known as an eccentric in December 1902; his body found in January 1903, days after his death in his cellar residence at 303 South Seventh Street.
Pharazyn was married to Ann (b. ca. 1825) with whom he had a son Alfred (b. ca. 1852), reported as mentally and physically challenged. Ann, described as deaf in the 1870 census, died in the 1880s and son Alfred resided in Pennsylvania Hospital at the time of his father’s death. 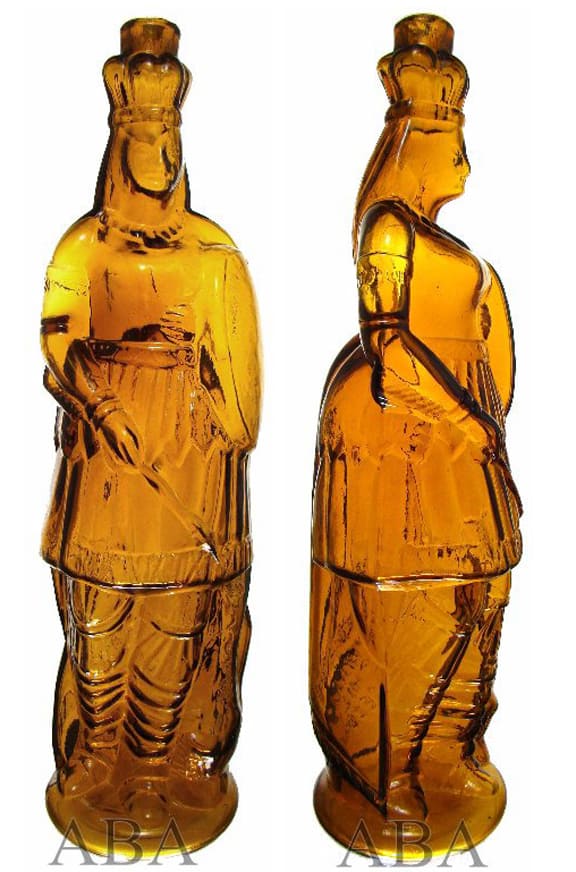 H. PHARAZYN PHILA RIGHT SECURED. Rolled lip. A fine overall example, these were made as early as 1860. – American Bottle Auctions 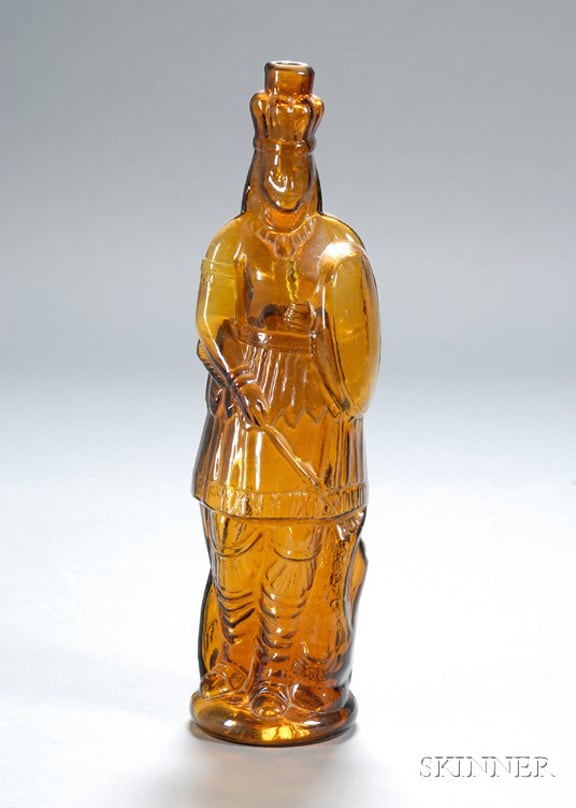 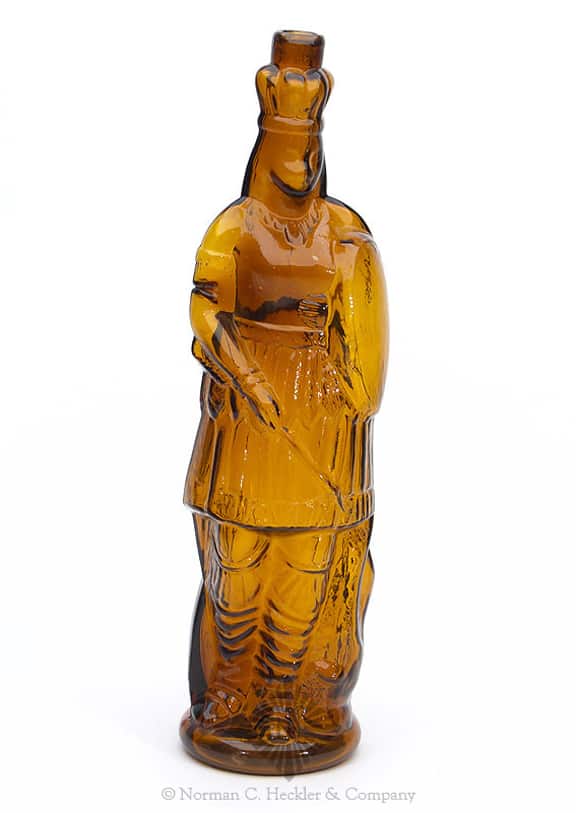 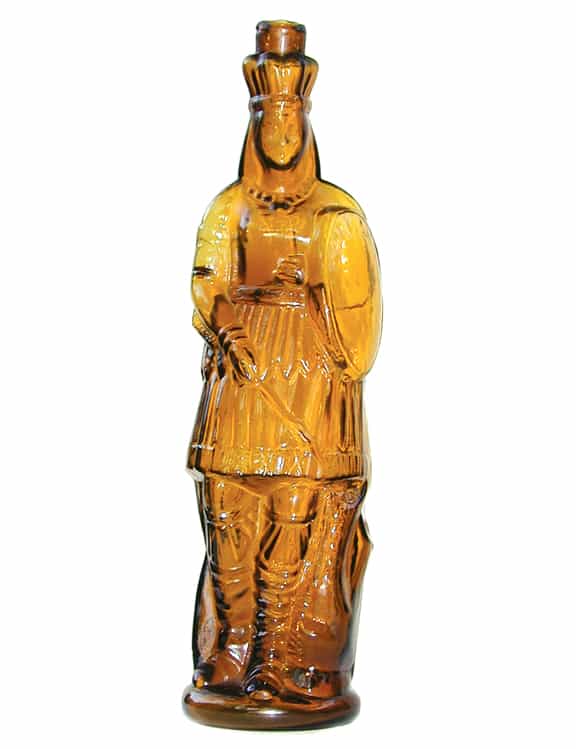 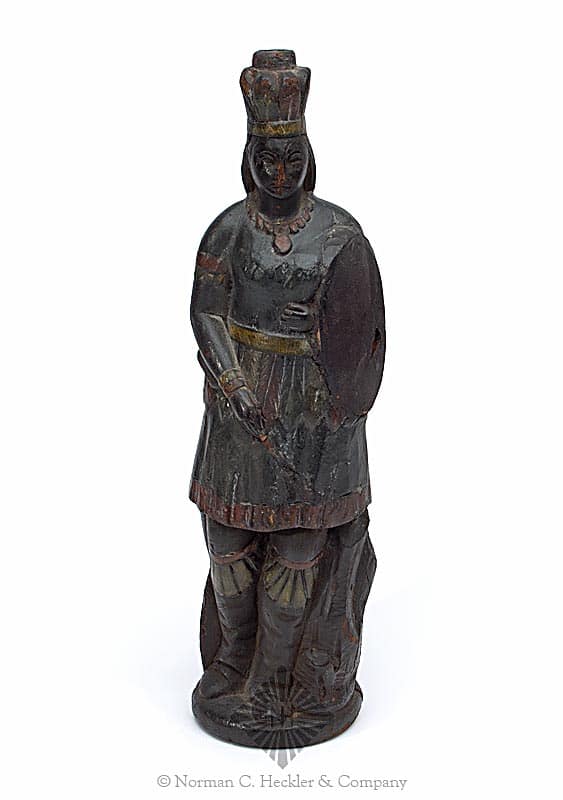 Ferdinand Meyer V is a native of Baltimore, Maryland and has a BFA in Fine Art and Graphic Design from the Kansas City Art Institute and School of Design. Ferdinand is the founding Principal of FMG Design, a nationally recognized design consultation firm. Ferdinand is a passionate collector of American historical glass specializing in bitters bottles, color runs and related classic figural bottles. He is married to Elizabeth Jane Meyer and lives in Houston, Texas with their daughter and three wonderful grandchildren. The Meyers are also very involved in Quarter Horses, antiques and early United States postage stamps. Ferdinand is the past 6-year President of the Federation of Historical Bottle Collectors and is one of the founding members of the FOHBC Virtual Museum.
View all posts by Ferdinand Meyer V →
This entry was posted in Figural Bottles, Whiskey and tagged colorist, Figural, H. Pharazyn, Indian, lithograph, Philadelphia, princess, Queen. Bookmark the permalink.