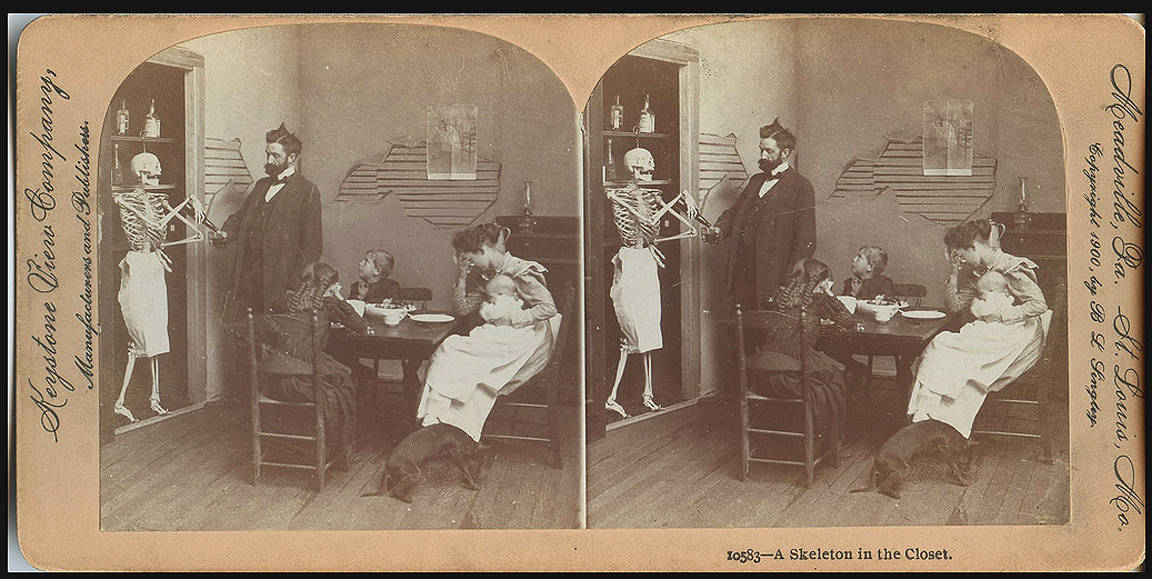 “Skeleton in Closet” pouring drink- my favorite! What a strong message.

PART V of a Series

Presenting the Fifth Gallery of vintage pictures of “People Drinking”. This is a continuation of a series. See bottom of post for index. If you have any candidates for inclusion in future galleries, please forward. Thanks. 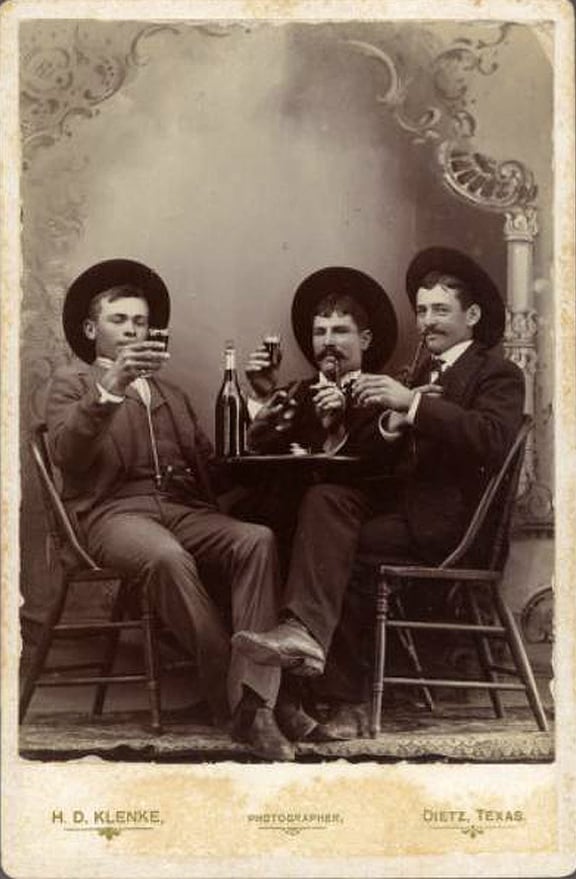 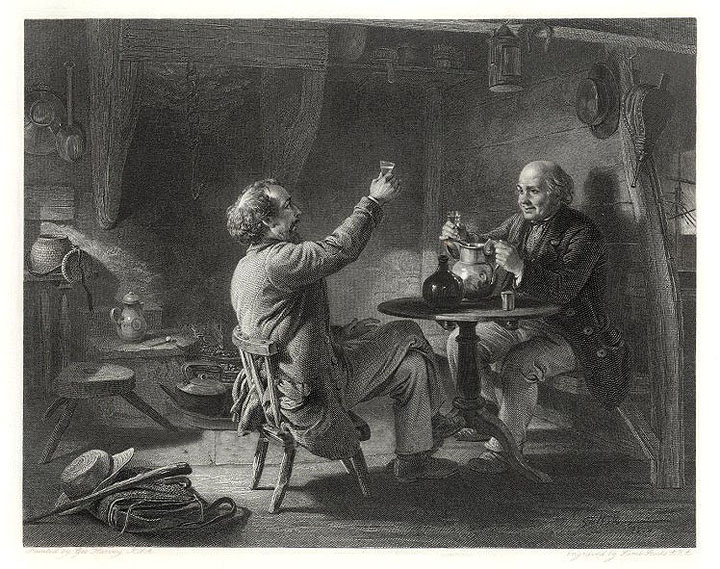 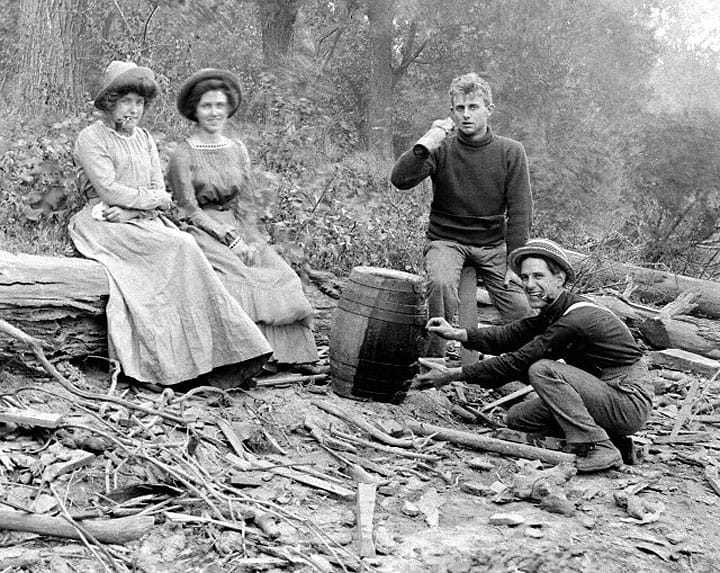 Circa. 1905– Two couples smoking, and drinking whiskey and beer from a wooden keg on the beach. –Image DaZo Vintage Stock Photos/Images.com/Corbis 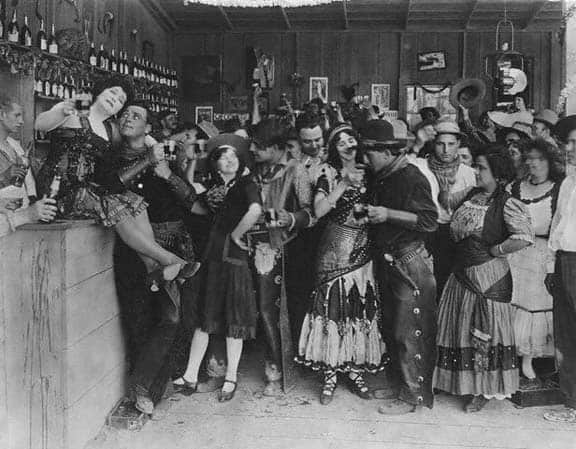 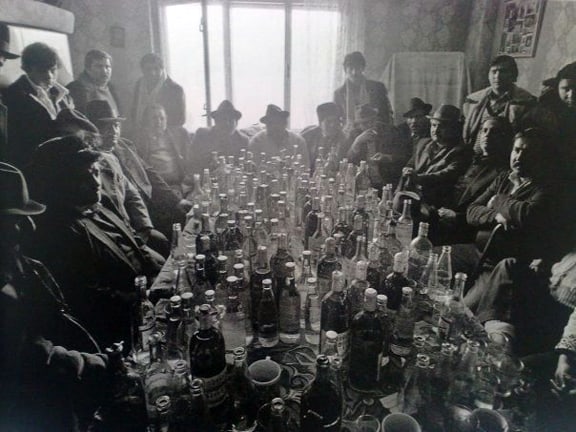 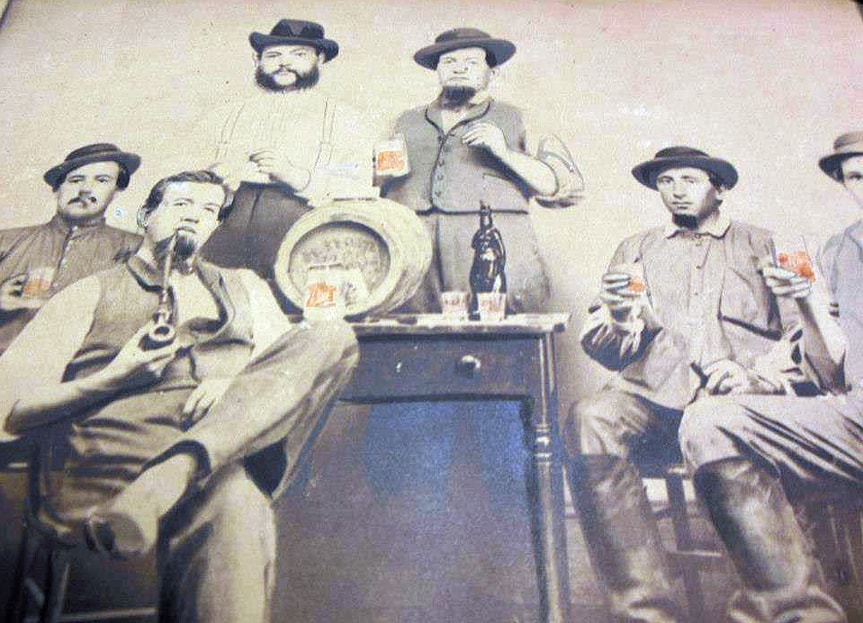 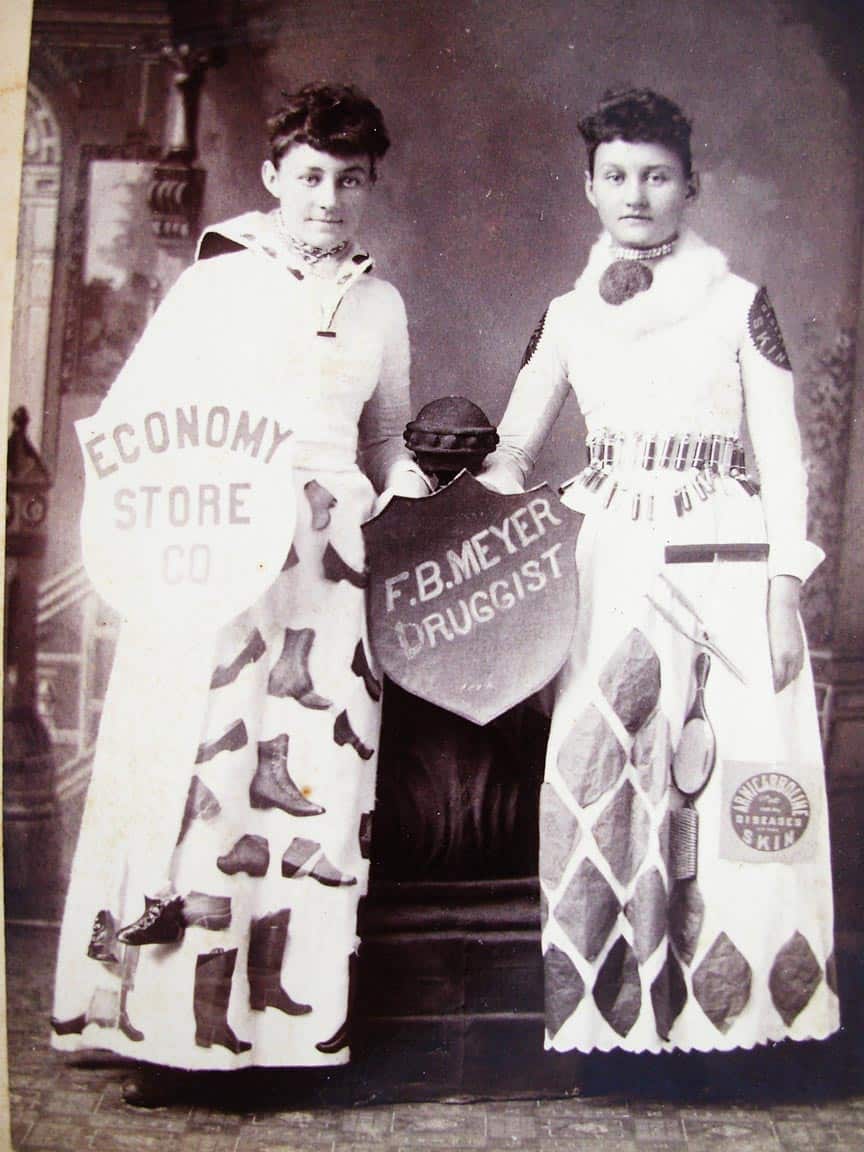 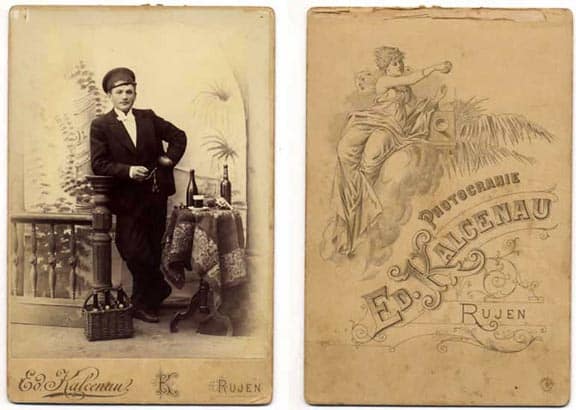 Gent with bottles in the basket and on table. Photographer Ed Kalgenau – Rujen 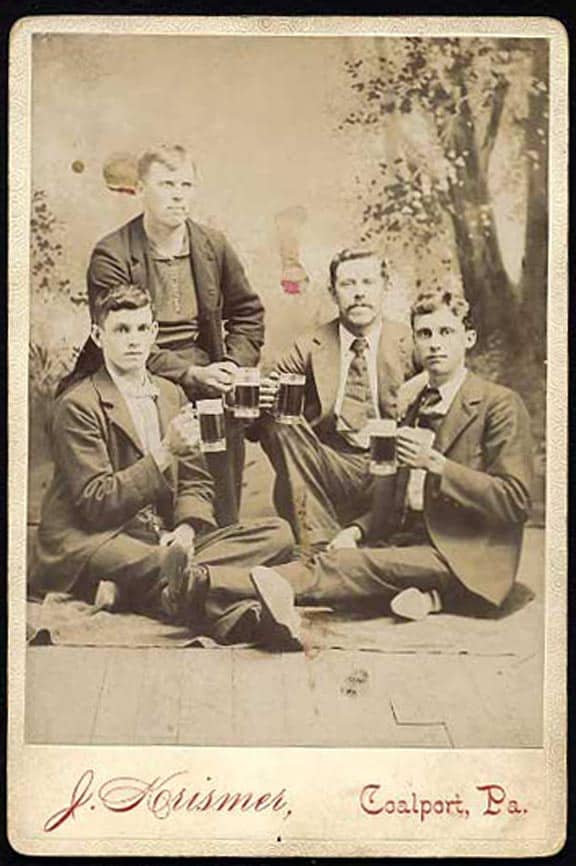 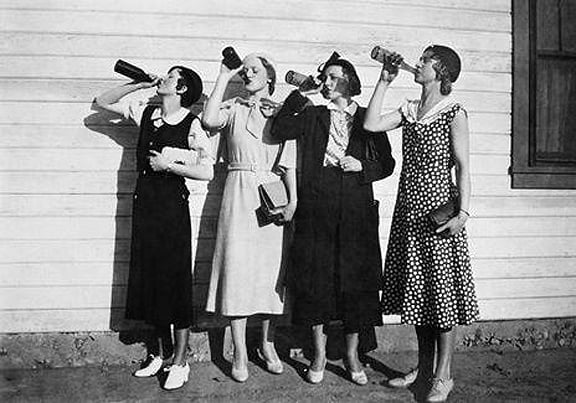 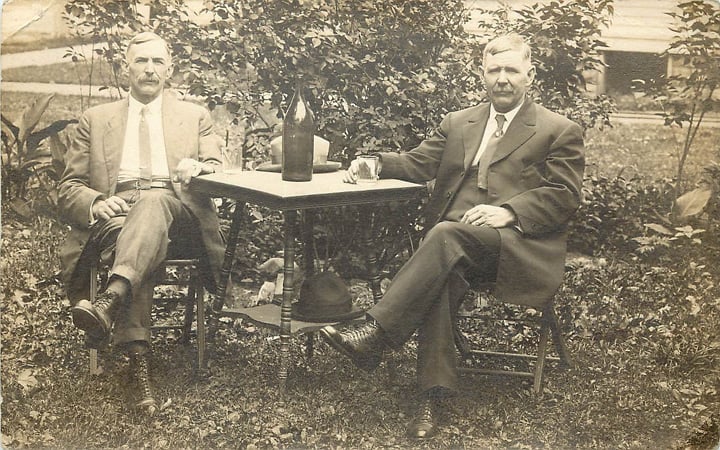 These two gentlemen must be brothers! 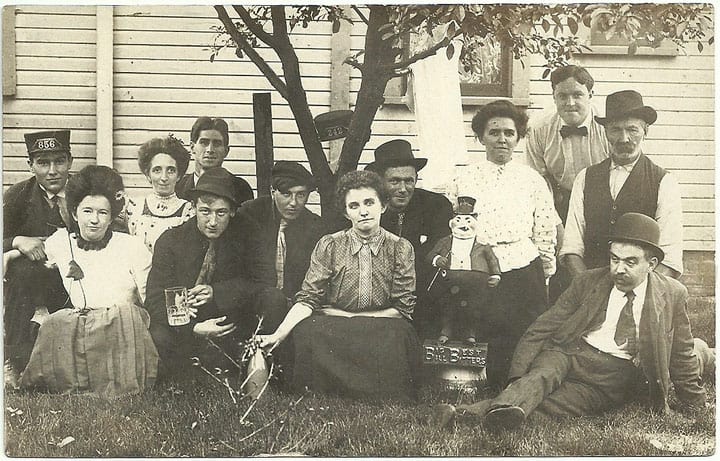 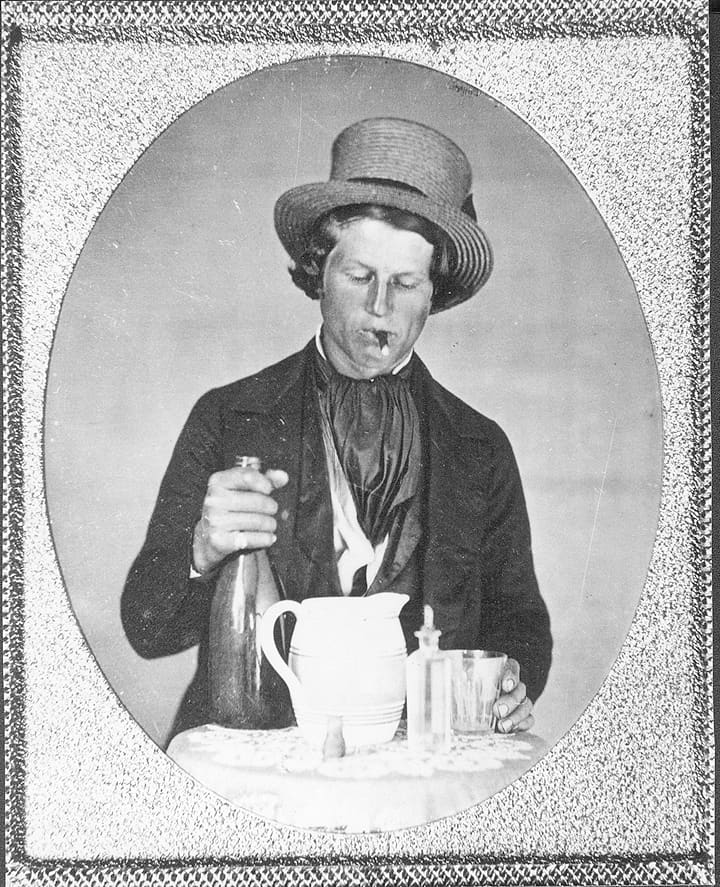 I am not sure what this guy is mixing and I certainly wouldn’t drink it! 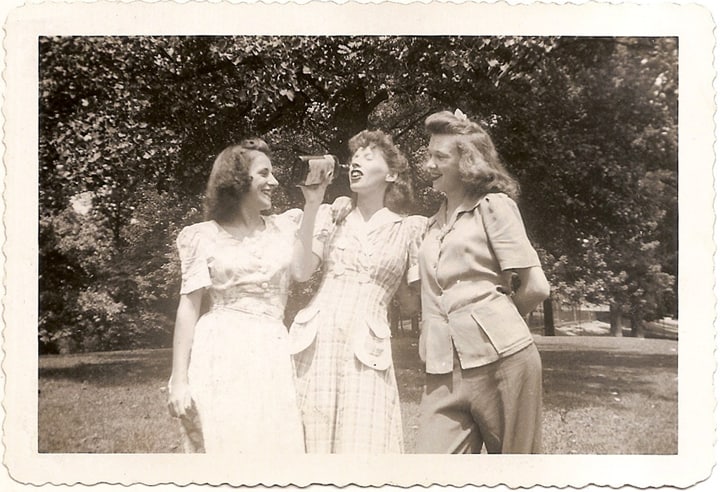 Three Girlfriends and a Bottle of Whiskey 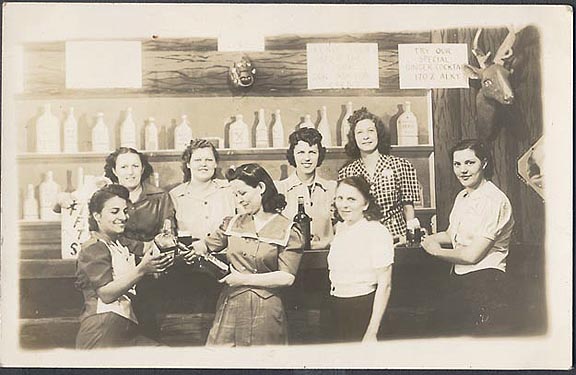 Who says “blondes have more fun?” 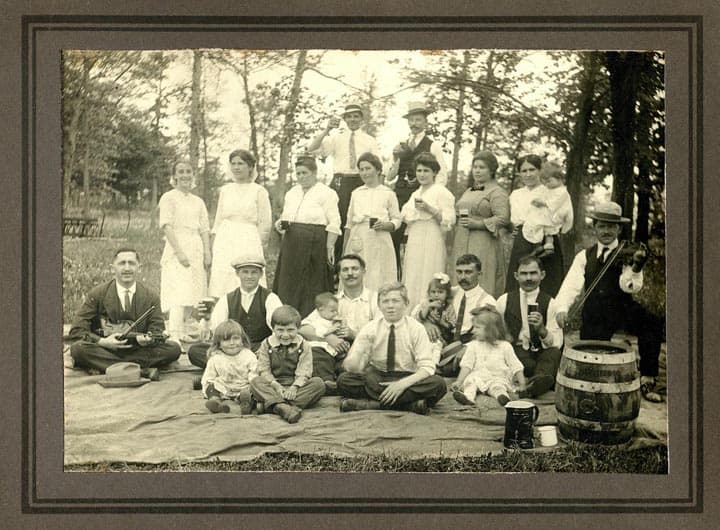 Family Picnic with Violins, the Kids and a Keg of Schlitz Beer 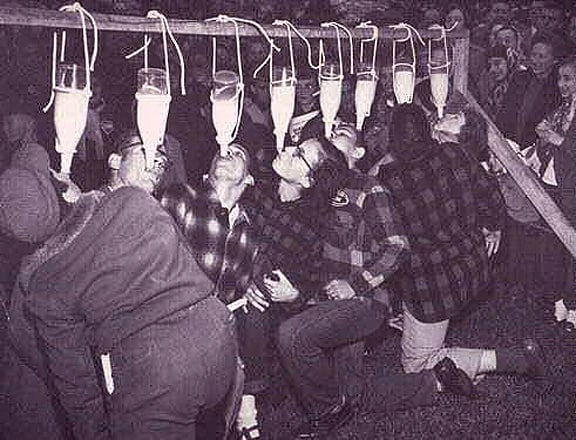 On the more wholesome side, Lumberjack Milk Drinking Contest 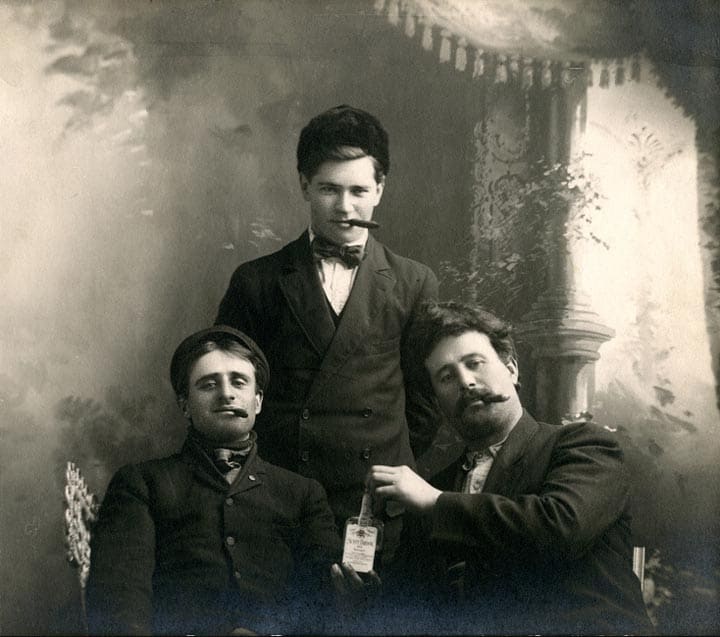 Three male characters posing with Cigars, a bottle of Whiskey and one really bad toupee. 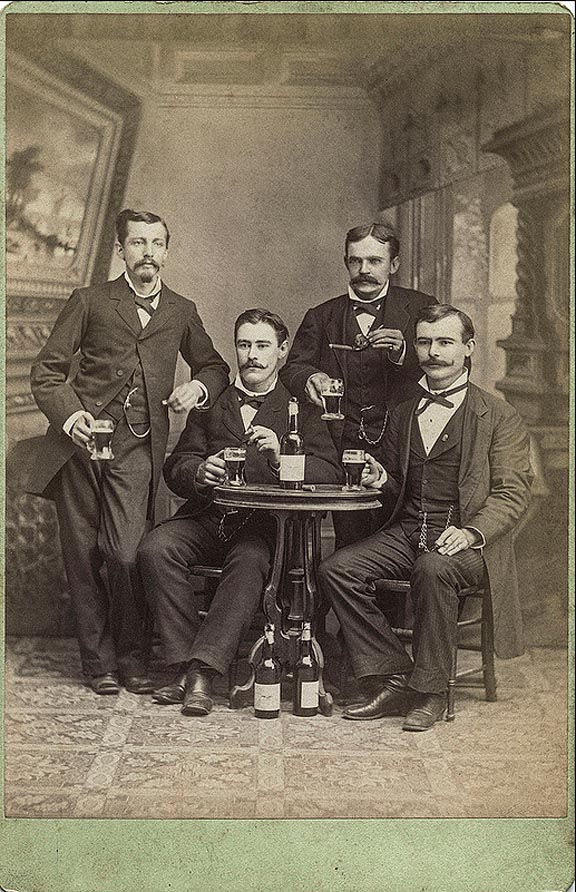 “May He Rest in Peace” Stereoscopic Card – “McCarthy’s Wake” 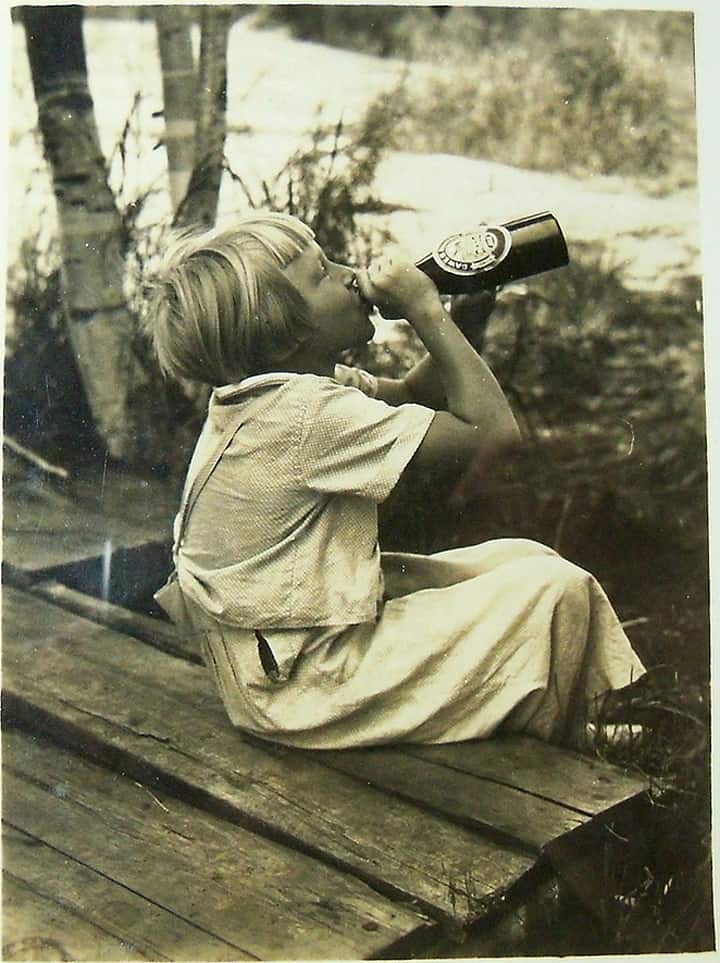 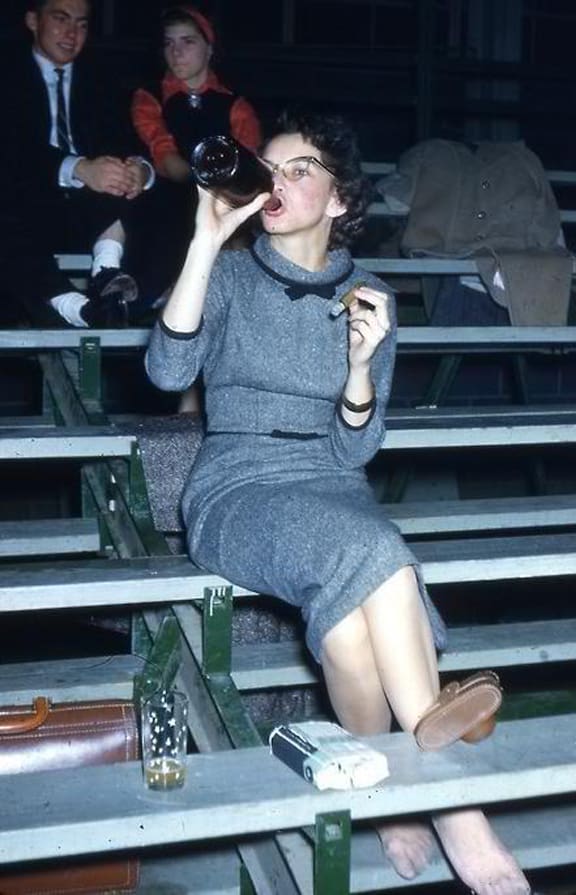 Ferdinand Meyer V is a native of Baltimore, Maryland and has a BFA in Fine Art and Graphic Design from the Kansas City Art Institute and School of Design. Ferdinand is the founding Principal of FMG Design, a nationally recognized design consultation firm. Ferdinand is a passionate collector of American historical glass specializing in bitters bottles, color runs and related classic figural bottles. He is married to Elizabeth Jane Meyer and lives in Houston, Texas with their daughter and three wonderful grandchildren. The Meyers are also very involved in Quarter Horses, antiques and early United States postage stamps. Ferdinand is the past 6-year President of the Federation of Historical Bottle Collectors and is one of the founding members of the FOHBC Virtual Museum.
View all posts by Ferdinand Meyer V →
This entry was posted in Advertising, Breweriana, Ephemera, History, Humor - Lighter Side, Photography, Spirits, Tobacco, Whiskey and tagged cigar, Drinking, gallery, keg, party, people, Saloon, Smoking, vintage. Bookmark the permalink.