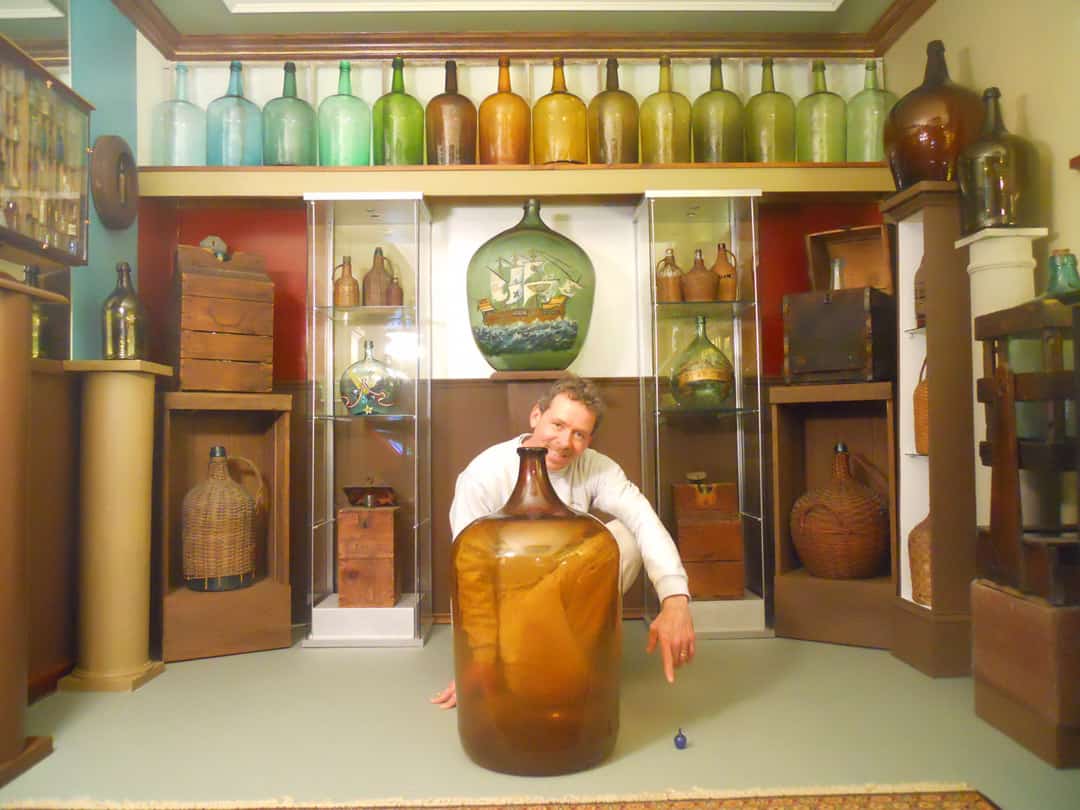 Having fun in the bottle room and wanted to show off my two newest demijohns. We can call this the big, the small, and the ugly! Doing stuff like this is what my friend Brian calls “crapping around with bottles.” – Gene Ainsworth

Here we go with the March 2014 group of pictures culled from a few of the web and Facebook sites that we all like. It looks like snow backgrounds are dominating the group of pictures this month which makes sense. What a great way to show off bottle colors! Truly some spectacular pictures. My favorite is the top picture Gene Ainsworth and some of his demijohns. Make sure you enlarge the picture and look at the small demijohn. 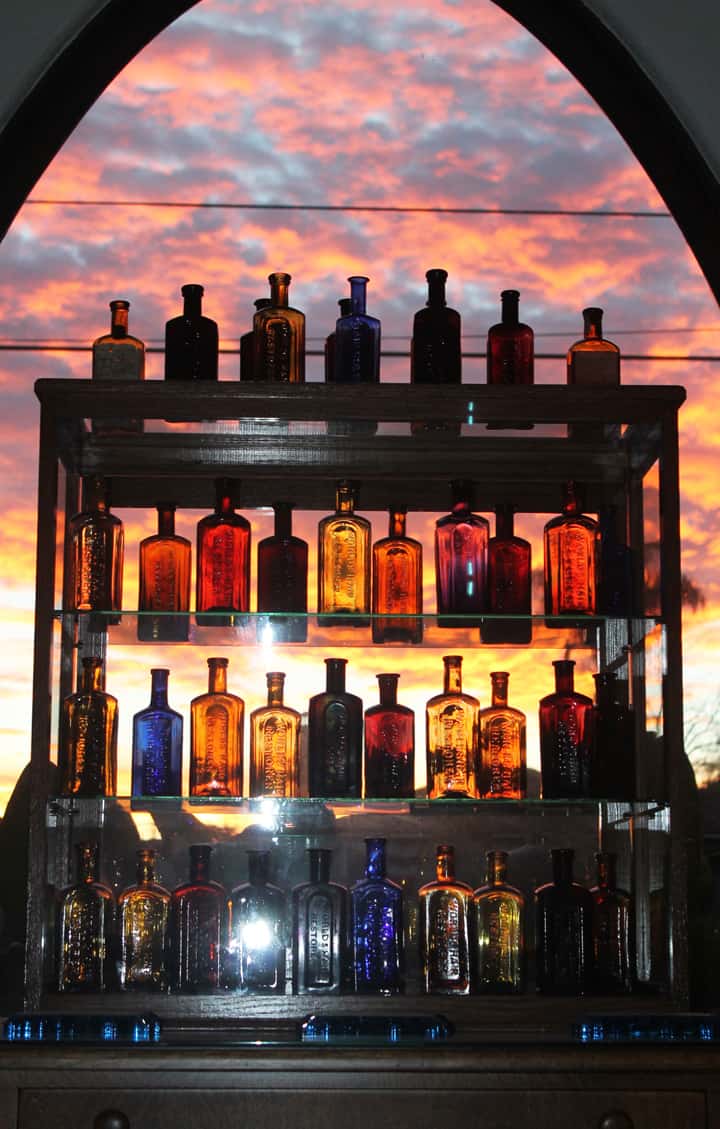 Good morning. I opened up the front drapes when we got up to get our dose of color and this is what we saw. Doesn’t get much better than this. – Pam Selenak 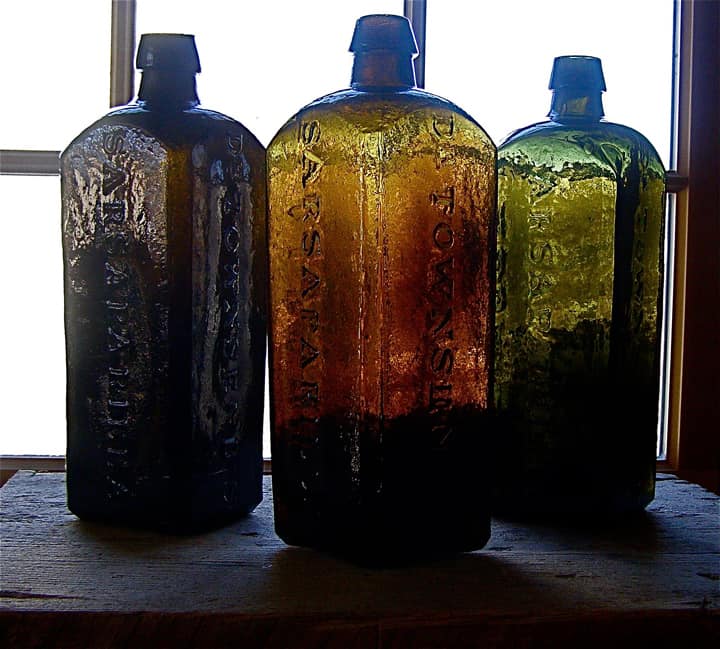 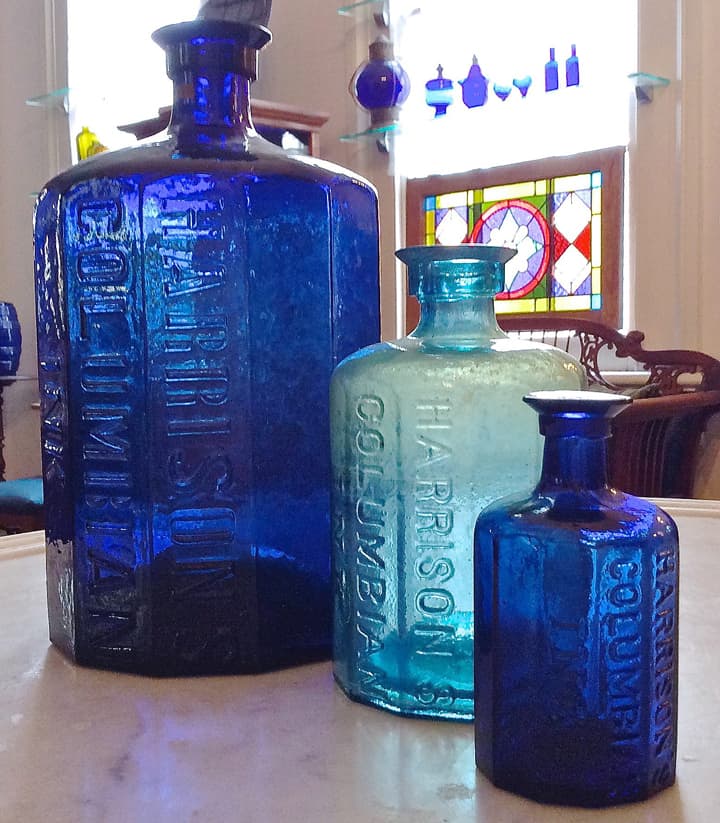 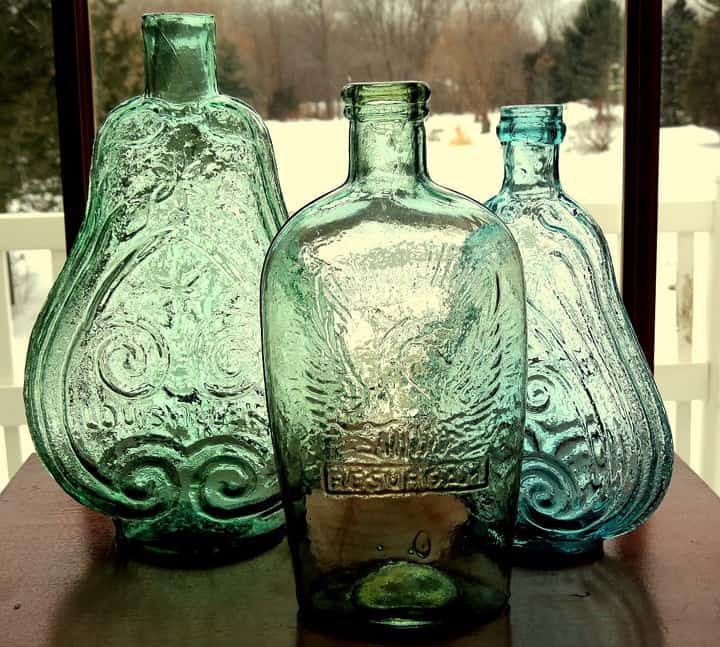 And last but not least (if I don’t get these on now, I won’t have the time later). My flask finds. I’ve been searching for quite awhile for a quart Louisville Glass Works embossed scroll. The few I’ve encountered over the years always had lip damage or extra roughness that I didn’t like. Not only does this have the best lip I’ve seen, it is decidedly a hue of green….not dark, but not aquamarine either. McKearin GIX-6 mold w/red iron pontil (forgot a picture of that). Next was this awesome GXIII-53 Resurgam pint in sort of a smoky clear but a slight hint of greenish w/striations all thru the base & lower half. Ex Paul Richards w/applied top. Picked it up & would not put it down (with someone right at my shoulder waiting for me to do exactly that). Last scroll is for comparison only had that in the window here, ice blue to show against the greenish hues… – Mike Stephano 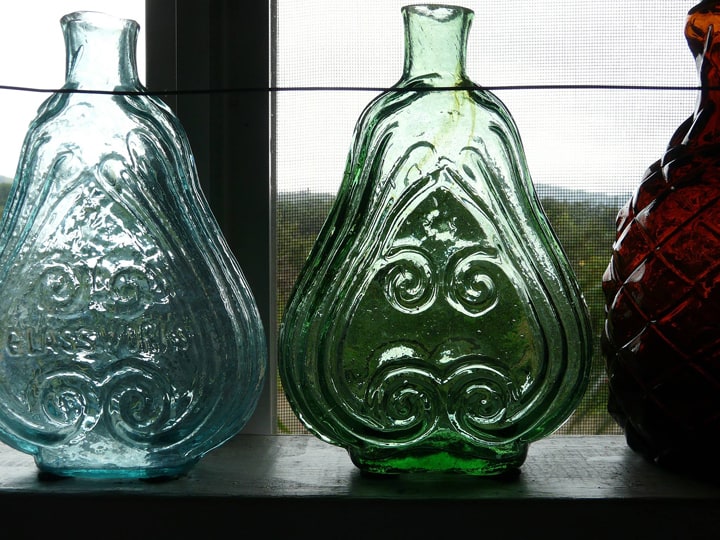 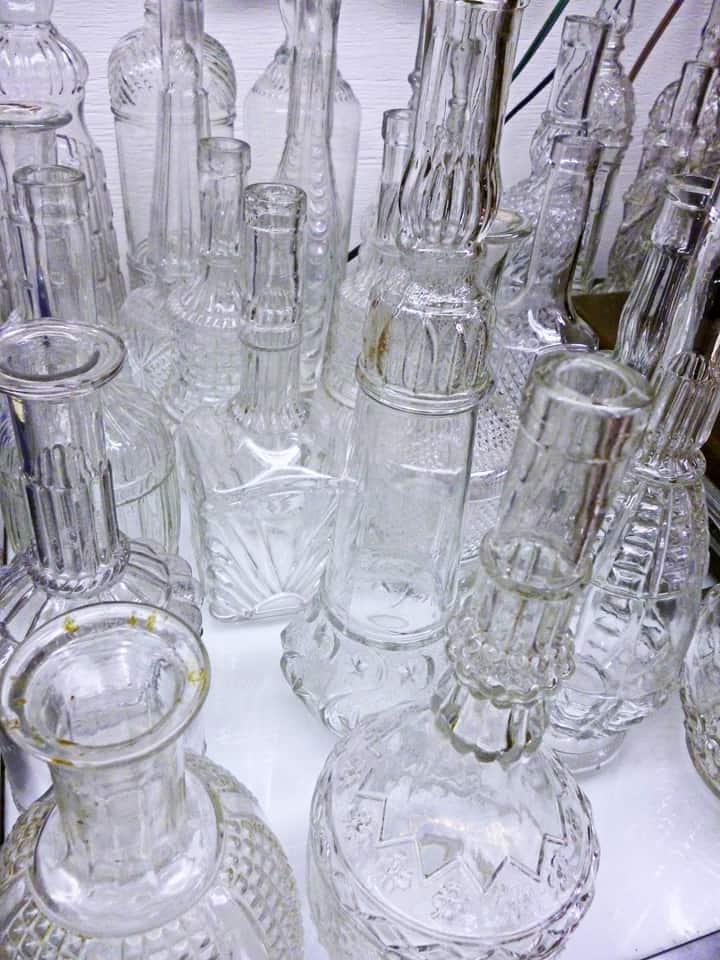 Sorting more of my fancy clear liqueurs today. Want to get up a nice display. Have about 75 of them all dating 1860-1900. Many are open pontilled. Some have been in boxes for years – Marlena VanHelsing 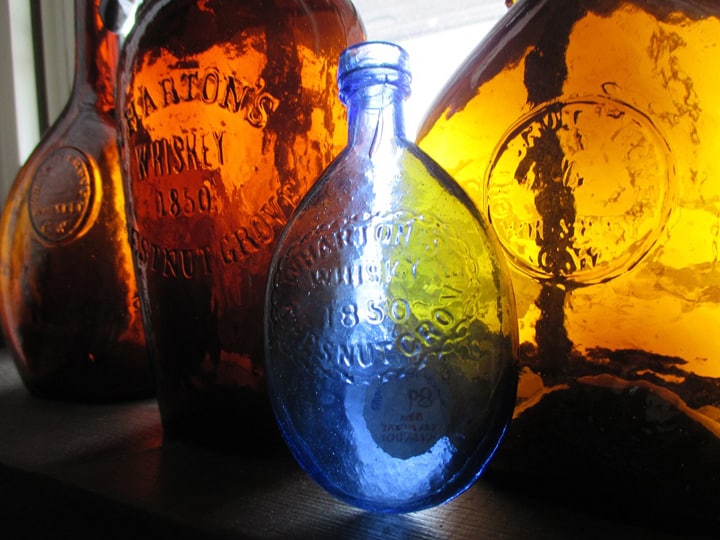 The flask I came to the show hoping to find, a Charles Wharton Chestnut Grove pocket flask in a brilliant blue. I had been wanting one to go with my Wharton’s Philadelphia whiskey collection. These four were all blown at Whitney Glass Works in Glassboro, New Jersey circa 1860. The real kicker here is that this example comes from the renowned Bryan Grapentine Collection. It’s always great to find the best example possible with provenance from a famous collection. – Eric Richter 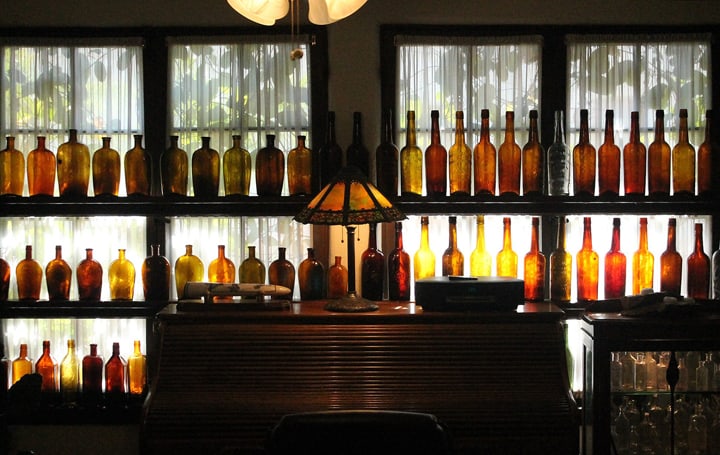 That is my morning wake up call (see top sunrise). This is my afternoon visual. – Pam Selenak 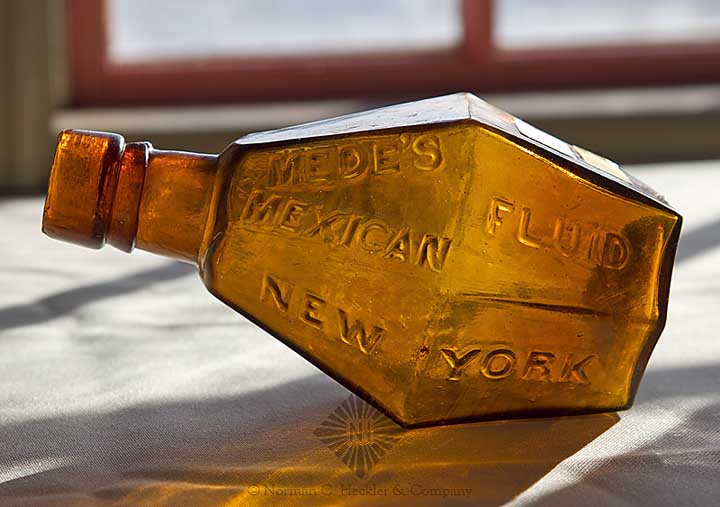 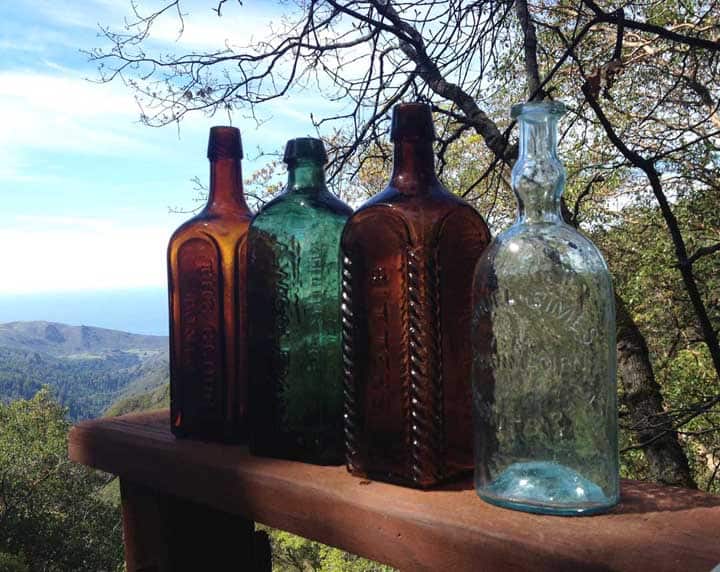 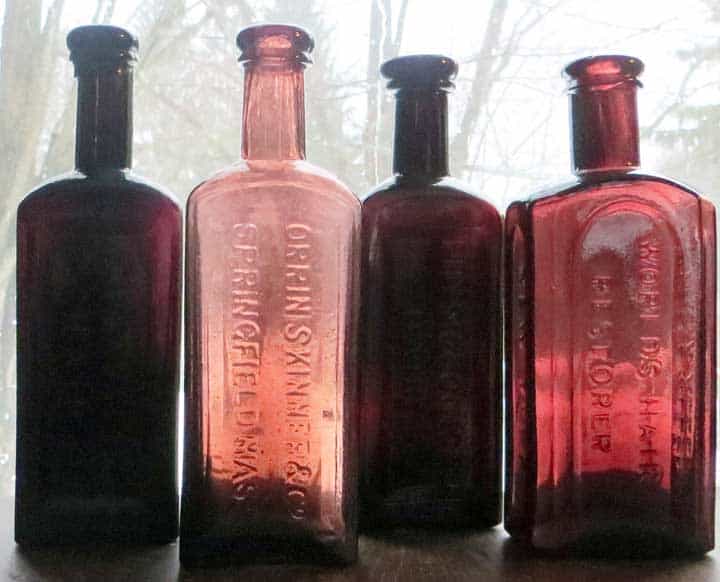 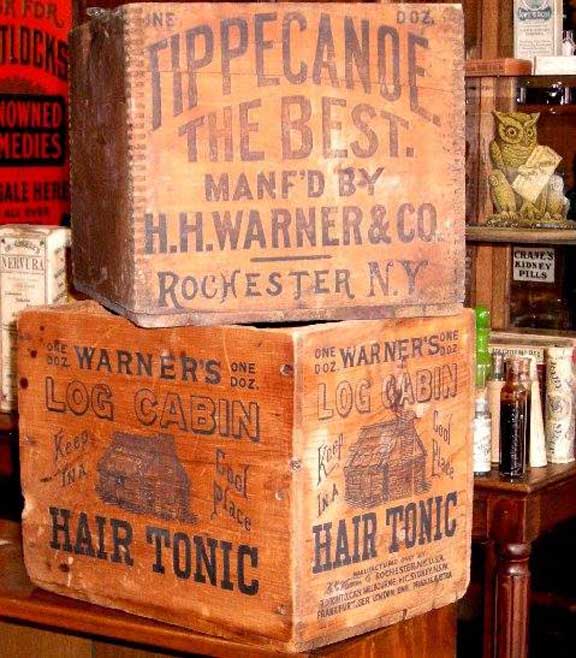 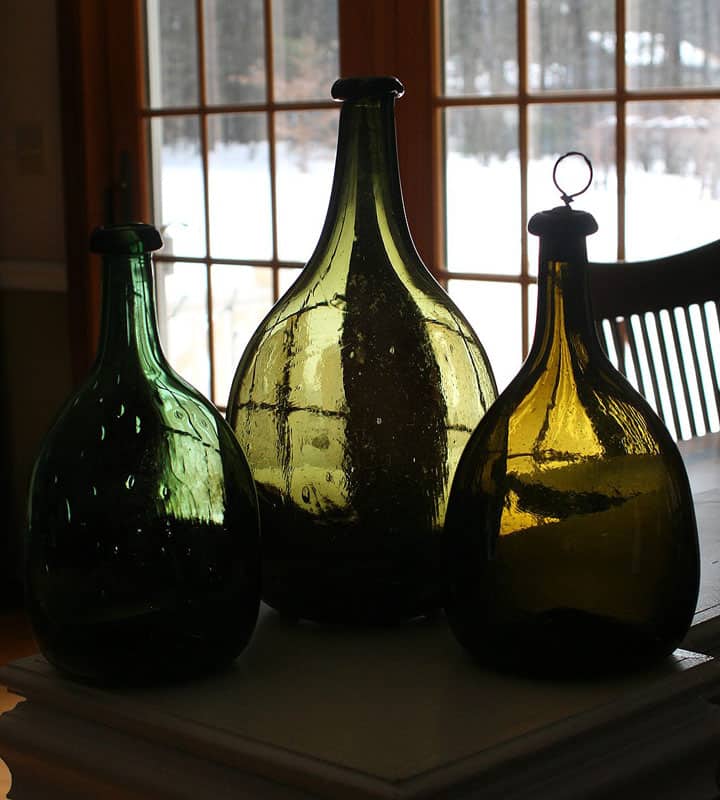 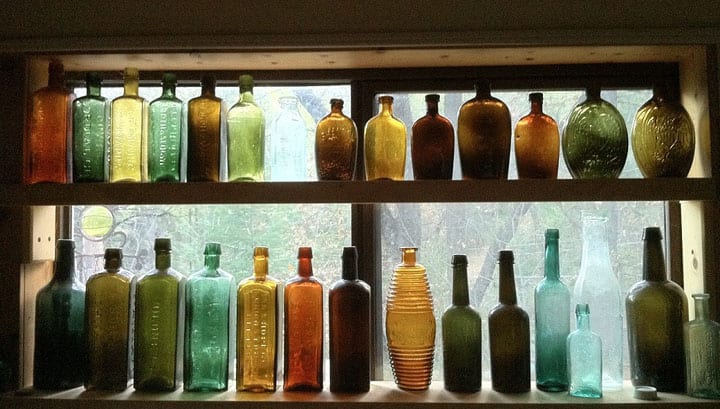 My morning vista, them squares are getting a hold – Matthew Tigue Levanti 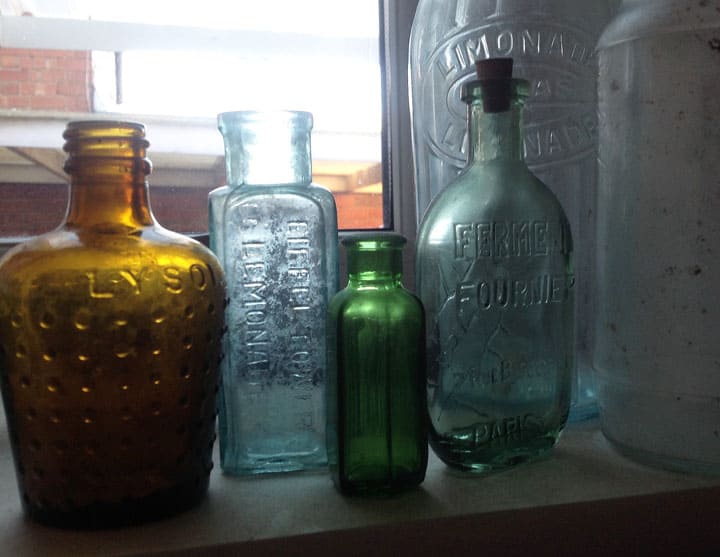 I have been collecting bottles and glass since I was given my first “poison” bottle aged 5, most have been presents or ones I’ve bought here in England, but a few have been dug up on my Dads property in France. I’m sending you some pictures as your website looks brilliant and thought it might be nice for you to see some things from this side of the pond! – Vickie Sutton Here’s what I`ve done with some of the nicer pieces I’ve dug over the years. Put them in a couple clear jars and let the sun shine through. If only they could have been whole…. – Bill Steele 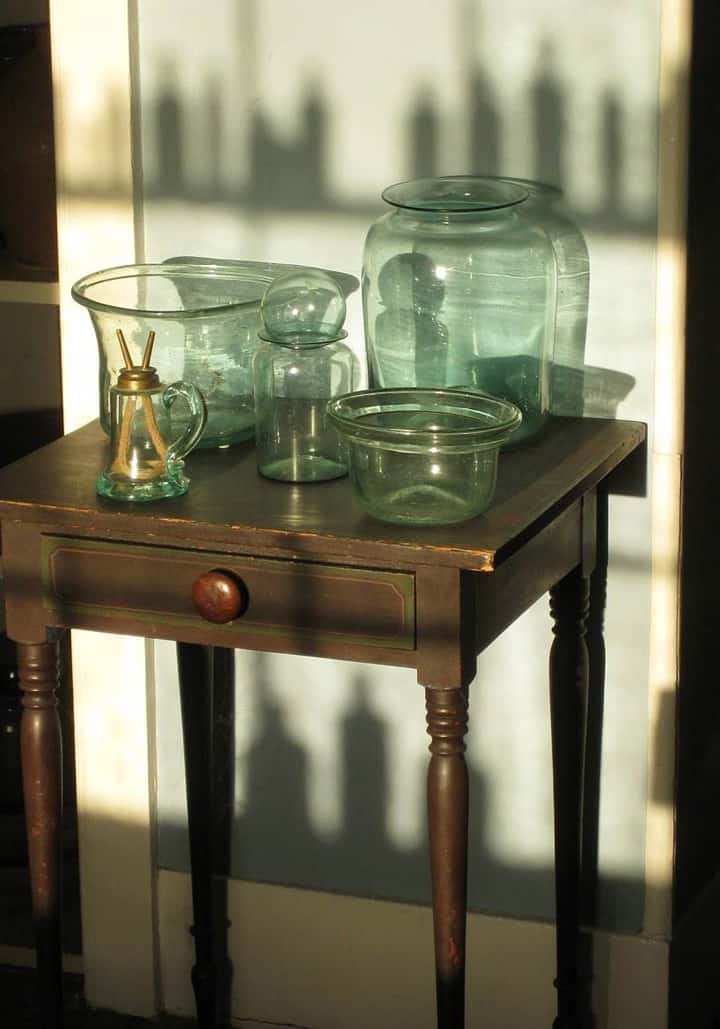 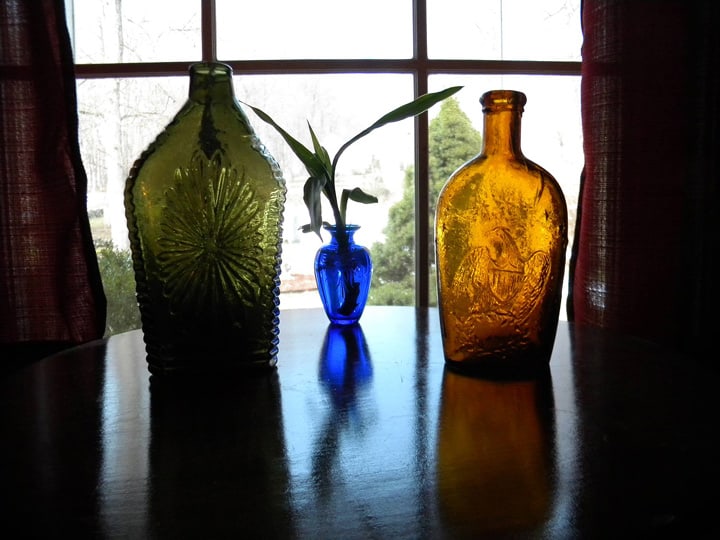 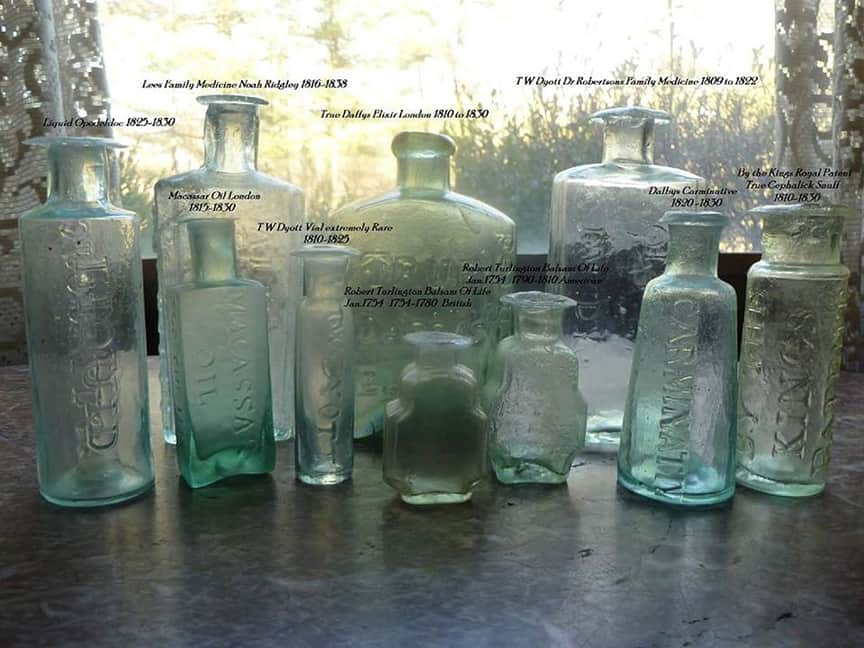 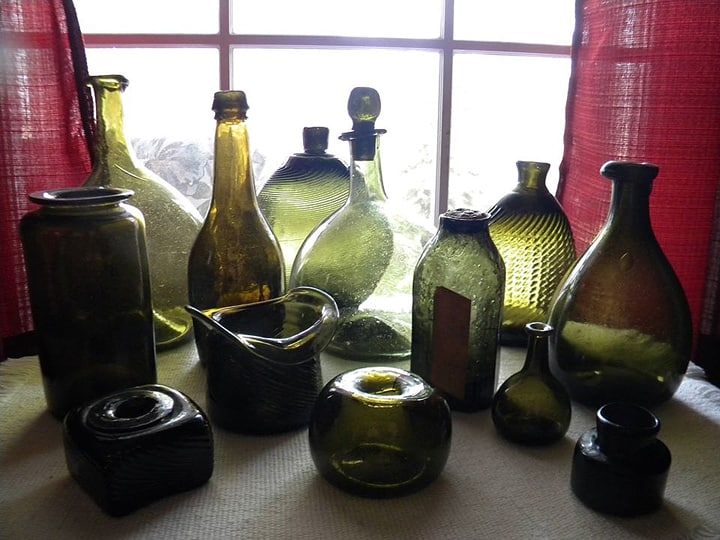 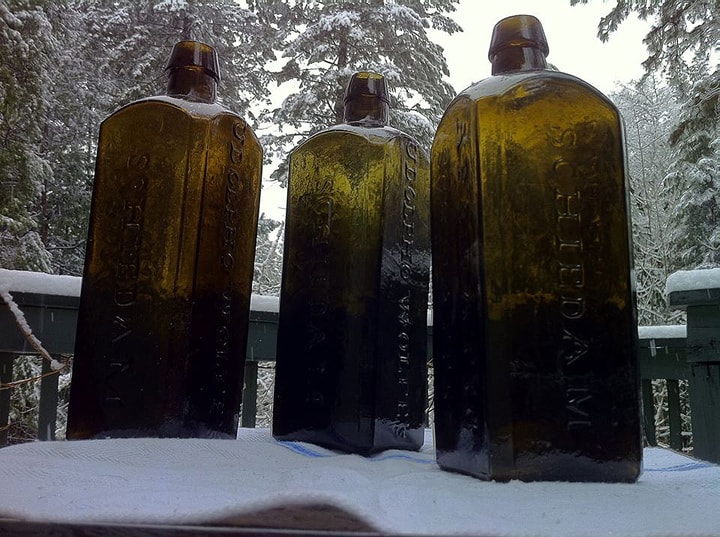 More Wolfe’s! I just love these, got a little snow in the high country today – Mathew Tigue Levanti 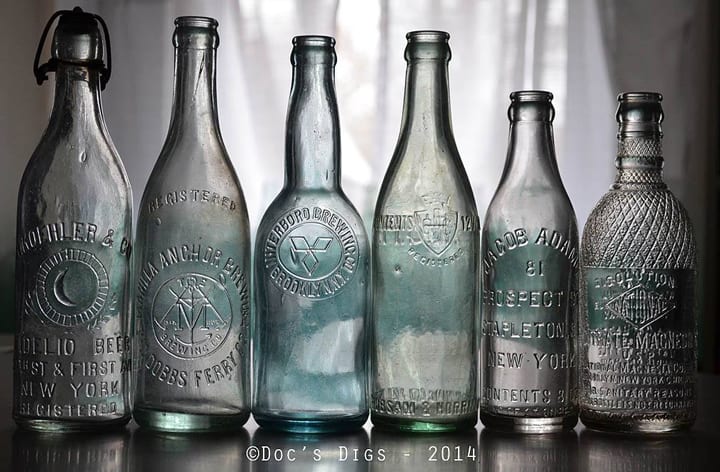 Ferdinand Meyer V is a native of Baltimore, Maryland and has a BFA in Fine Art and Graphic Design from the Kansas City Art Institute and School of Design. Ferdinand is the founding Principal of FMG Design, a nationally recognized design consultation firm. Ferdinand is a passionate collector of American historical glass specializing in bitters bottles, color runs and related classic figural bottles. He is married to Elizabeth Jane Meyer and lives in Houston, Texas with their daughter and three wonderful grandchildren. The Meyers are also very involved in Quarter Horses, antiques and early United States postage stamps. Ferdinand is the past 6-year President of the Federation of Historical Bottle Collectors and is one of the founding members of the FOHBC Virtual Museum.
View all posts by Ferdinand Meyer V →
This entry was posted in News, Photography and tagged gallery, March, photography. Bookmark the permalink.