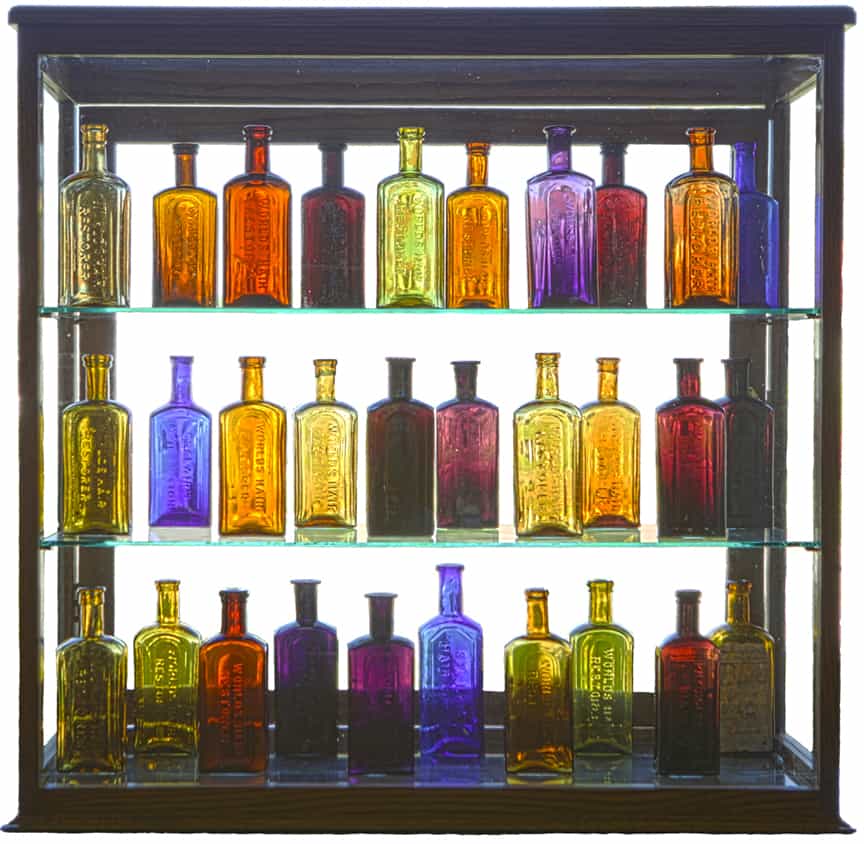 “Just wanted to send a couple of pictures that Scott took of our hair bottles in our new display cabinet. When the sun comes up in the morning, the colors just light up the living room… “ – Pam Selenak

He we go with the December 2013 group of pictures culled from a few of the Facebook sites. It looks like the color green is really dominating the collection this month which makes sense. Truly some spectacular pictures. 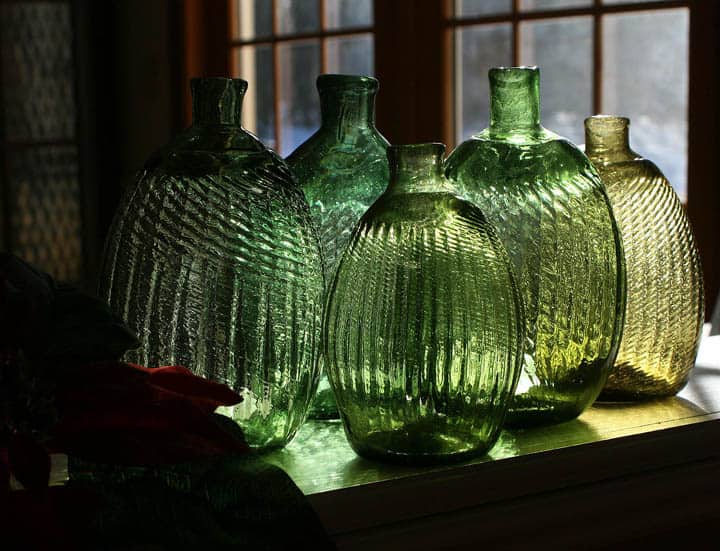 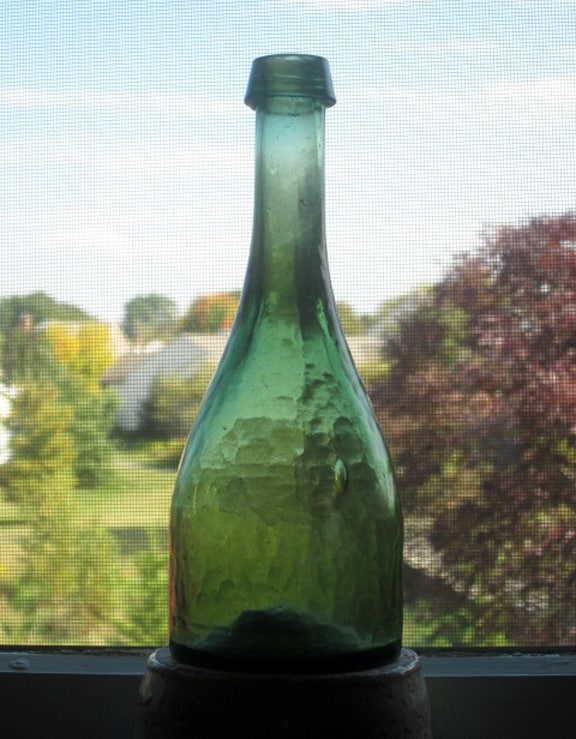 Green, open pontiled, teepee, from the same mold as the Harvey sodas from Rhode Island. I got the bottle from a fellow digger. As far as I can tell it is proba