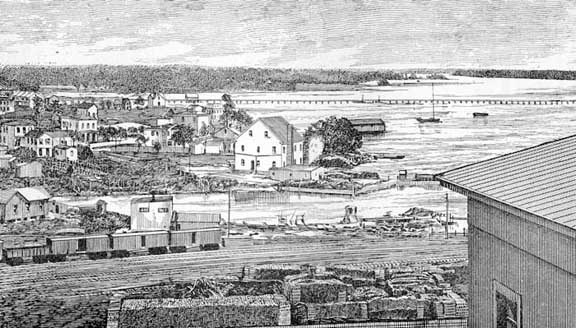 or Vegetable Elixir of Life

Bitters trade card authority Joe Gourd (Chicago, Illinois) sent me the pictured advertising trade cards below for Yaupon Bitters put out by John R. Ludlow in Norfolk, Virginia. We have spent the last week or so looking at extremely rare bitters from Chester and Petersburg, Virginia. Let’s move a little more southeast, to the mouth of the Chesapeake, and look at Norfolk and this unlisted bitters.

Trade card
Y 1.5 YAUPON BITTERS, Humorous illustration “Her bright smile haunts me still. Reverse: Yaupon Bitters or Elixir of Life. The Great Remedy of the Age. No Family Should Be Without It. Sold and Prepared by John R. Ludlow, Norfolk, Va.
Malaria! “Yaupon Bitters,” The Daily Journal (New Bern, North Carolina), October 28, 1882.
John R. Ludlow was a druggist and was twice elected Mayor of Norfolk. 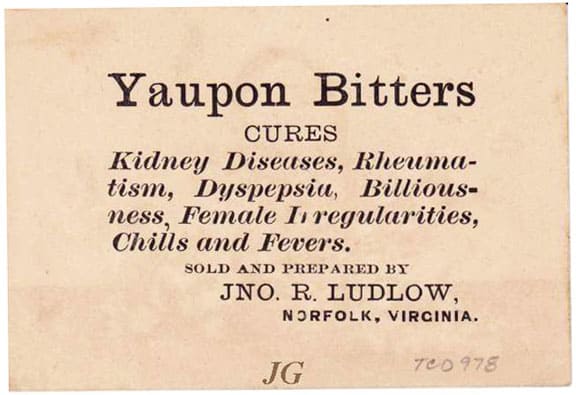 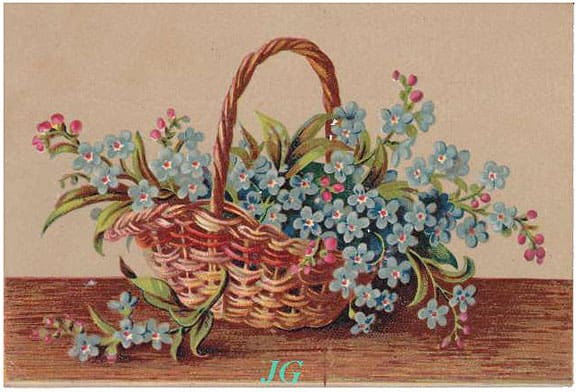 Captain John R. Ludlow (1827 – 1896) had a long and very interesting life in Norfolk, Virginia. The earliest records I could find list him as a druggist from about 1850 to 1883. He had various partners, worked at various locations and must have gathered a following as he was twice elected Mayor of Norfolk. He served briefly when first elected in 1866, but was “removed by military authorities”, presumably occupying Federal troops. He was elected again in 1872 and served his full term to 1874. He was also elected City Collector and was active in Confederate Veteran and Masonic groups.

Ludlow entered Confederate service at the start of the Civil War as Captain of the Norfolk Light Infantry, which became Company D of the 6th Virginia regiment. In the Antietam Campaign, Ludlow was in command of the depleted Regiment as senior officer present at Crampton’s Gap and Sharpsburg. He is listed as Major in his newspaper obituary, but it is not clear when or if he attained that rank during the war.

In 1872, Ludlow expanded his business reach and services and is listed solely, and with various partners, in the auctioneer and real estate fields. These listings occur up to 1892 or so. Ludlow died on February 9, 1896 in Norfolk, Virginia and is buried at Cedar Grove Cemetery. 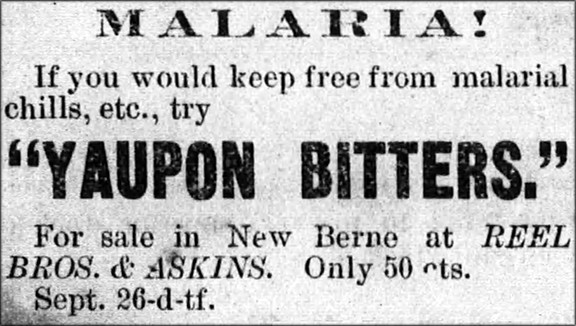 The Yaupon bitters must have been a relatively short run as I can only find listings in 1882 and 1883. The bitters is unlisted in Ring and Ham. I am unaware of any bottles in collections.

Read about another Mayor who produced a bitters: The Honorable Stephen Buhrer and his Gentian Bitters 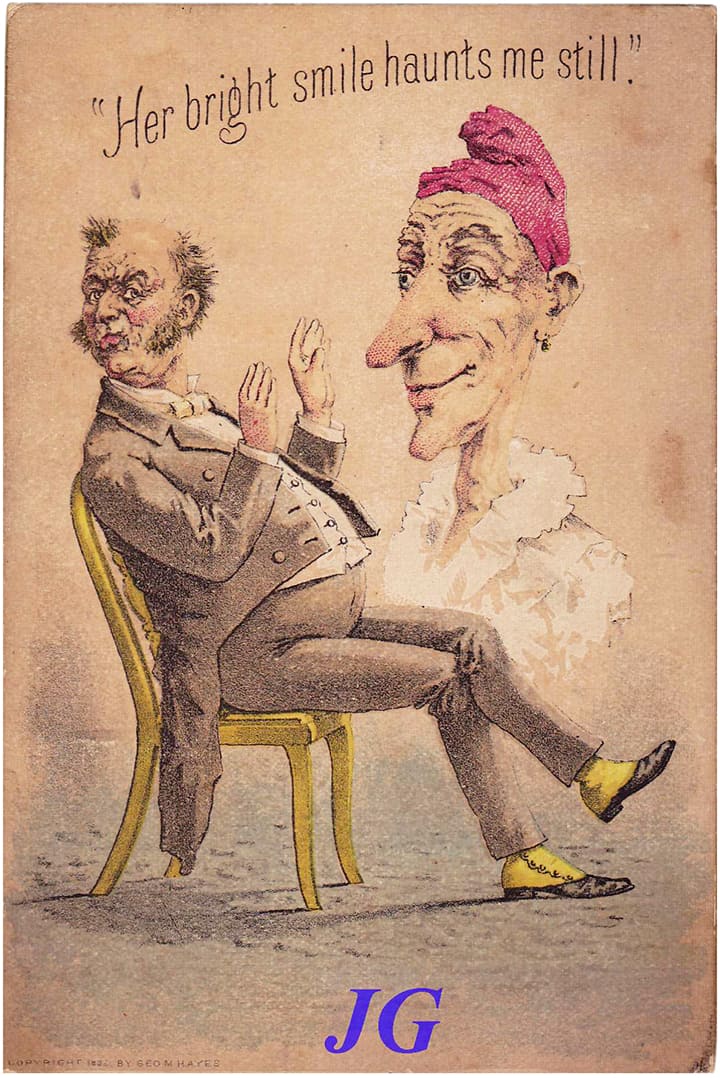 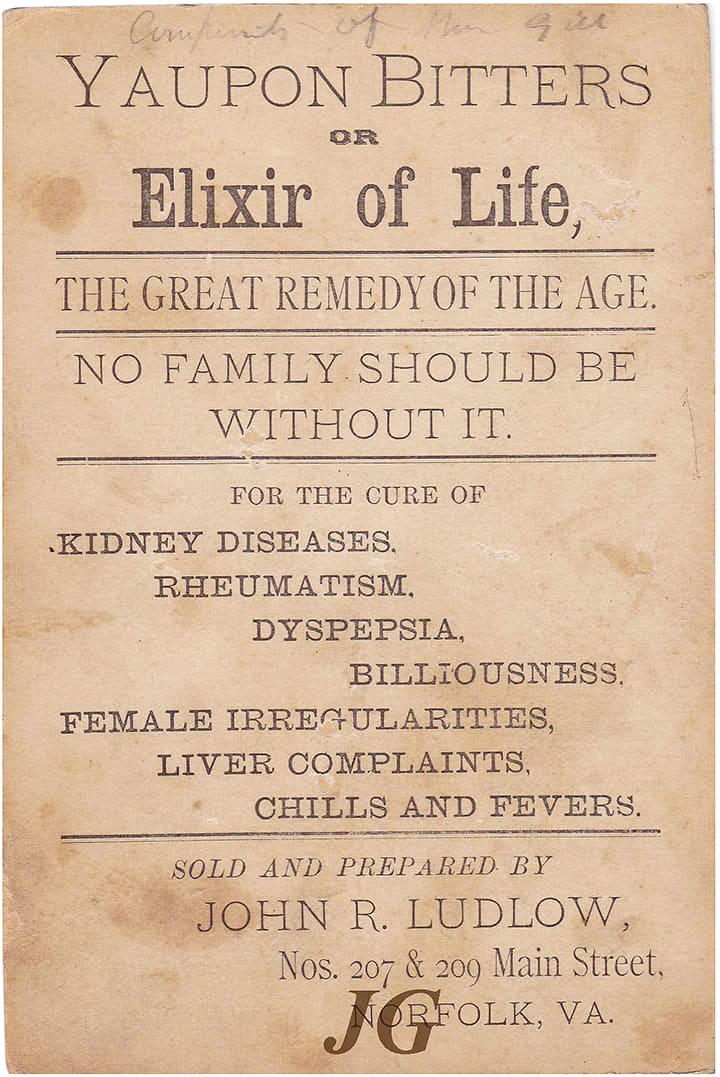 Ilex vomitoria, commonly known as yaupon or yaupon holly, is a species of holly that is native to southeastern North America. The word yaupon was derived from its Catawban name, yopún, which is a diminutive form of the word yop, meaning “tree”. Native Americans used the leaves and stems to brew a tea, commonly thought to be called asi or black drink for male-only purification and unity rituals. The ceremony included vomiting, and Europeans incorrectly believed that it was Ilex vomitoria that caused it (hence the Latin name). 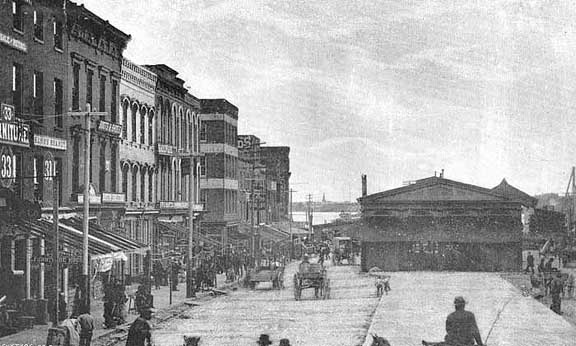 1867: VIRGINIA.; Destructive Fire at Norfolk-Burning of the Atlantic Hotel, – A terrible fire broke out a 1 o’clock this morning at the Atlantic Hotel…stores consumed, Ludlow & Wilson, druggists – January 9, 1867, New York Times 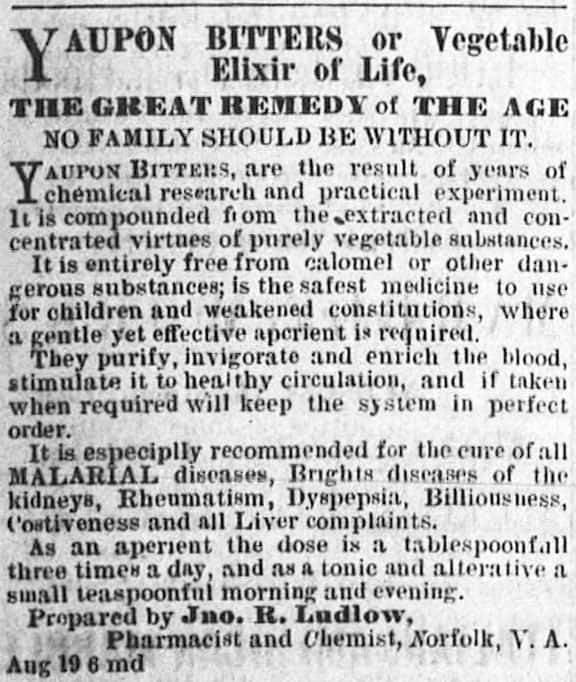 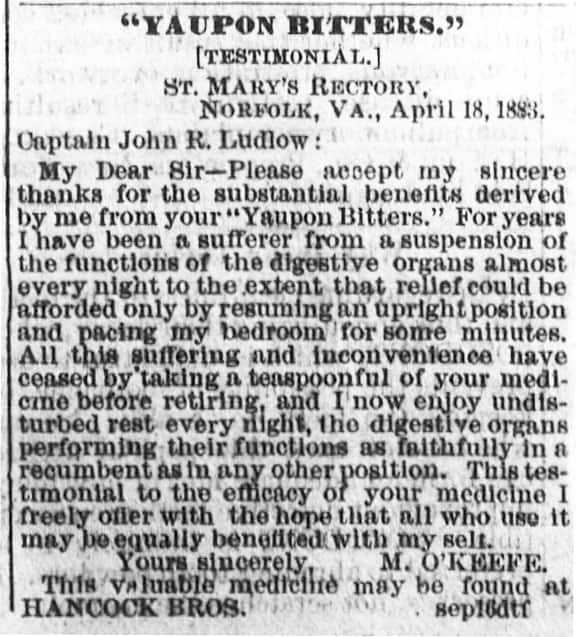 Read: Is the Magic Bitters related to the Penn’s Pony Bitters?

Ferdinand Meyer V is a native of Baltimore, Maryland and has a BFA in Fine Art and Graphic Design from the Kansas City Art Institute and School of Design. Ferdinand is the founding Principal of FMG Design, a nationally recognized design consultation firm. Ferdinand is a passionate collector of American historical glass specializing in bitters bottles, color runs and related classic figural bottles. He is married to Elizabeth Jane Meyer and lives in Houston, Texas with their daughter and three wonderful grandchildren. The Meyers are also very involved in Quarter Horses, antiques and early United States postage stamps. Ferdinand is the past 6-year President of the Federation of Historical Bottle Collectors and is one of the founding members of the FOHBC Virtual Museum.
View all posts by Ferdinand Meyer V →
This entry was posted in Advertising, Bitters, Civil War, Druggist & Drugstore, Ephemera, History, Medicines & Cures, Tea, Trade Cards and tagged Antietam, auctioneer, bitters, Captain, Carolinas, Druggist & Drugstore, estate, Gourd, John R. Ludlow, mayor, Norfolk, real, tea, Virginia, Yaupon. Bookmark the permalink.