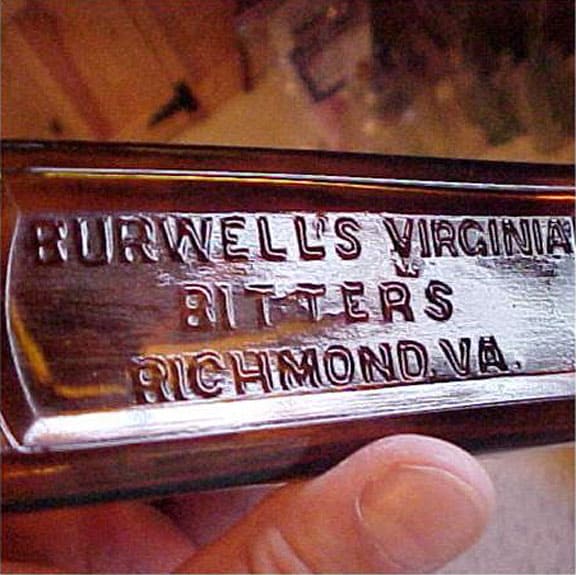 I have been tracking the elusive and unlisted Burwell’s Virginia Bitters from Richmond for a year or two and was finally able to see an example in person this past weekend at the Baltimore Antique Bottle Show. So who is Burwell? Is it William R. Burwell, Blair Burwell, George W. Burwell, William Meade Burwell or some other Burwell all together? 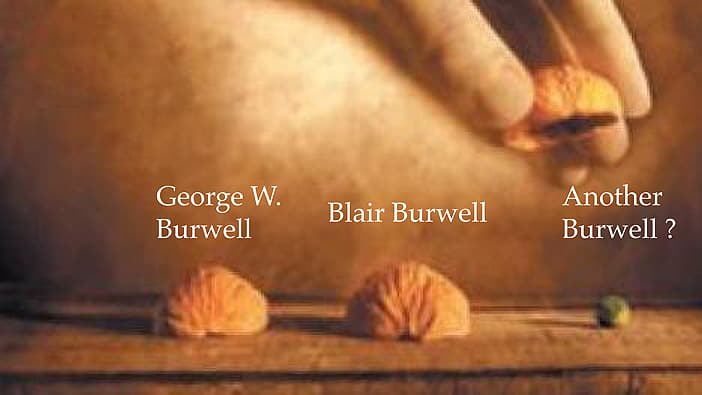 There are quite a few Burwells in Virginia and North Carolina during the late 1700s and 1800s. Many are related as you might think. Here are a few of the possibilities: 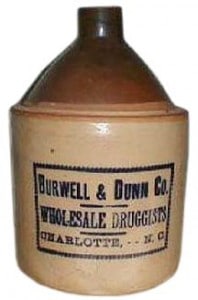 William R. Burwell was a druggist in Charlotte, North Carolina. Burwell & Dunn Co. (see jug above) were widely known in the wholesale drug business in Charlotte with extensive market reach in Virginia and other southern states. Burwell was president of the firm in 1899. This Burwell was probably too late to be a candidate for the bottle as listings appear around the turn of the century and up into 1916 or so. 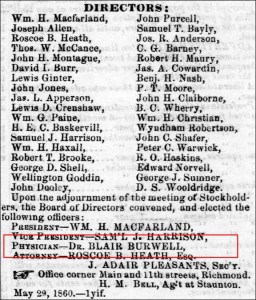 Blair Burwell, born about 1831 in Virginia, was a prominent physician in Richmond who served as a surgeon in the 8th Virginia Infantry in a hospital in Richmond and in Pickett’s Division. In 1860 he practiced at the northeast corner of 5th & Broad. In 1871, the Blair Burwell Co. tobacco factory was referenced in news clippings. He is referenced in Virginia newspapers from 1854 when he accepted the surgeon position until 1919 or so in social sections of newspapers from Richmond. He also had a son named Blair Burwell. There is even an earlier Blair Burwell meaning three generations.

George W. Burwell was a physician, planter, and businessman of Mecklenburg County, Virginia. He had family and business connections to Henderson, Granville County, North Carolina, and other locations along the North Carolina-Virginia border, largely through his brothers H. H. Burwell, Louis Burwell, William Burwell, and Armistead R. Burwell, and the family of his wife Elizabeth Gayle Burwell, particulary her parents Thomas Gayle (d. 1855?) and Elizabeth Gayle (d. 1868?). George W. Burwell died in 1873.

Folks, I’m stumped by this one! Anybody out there have any ideas on Burwell or more information on this bottle? The pictures below were taken at the Baltimore Show. A collector from Virginia named Judy shared with me. 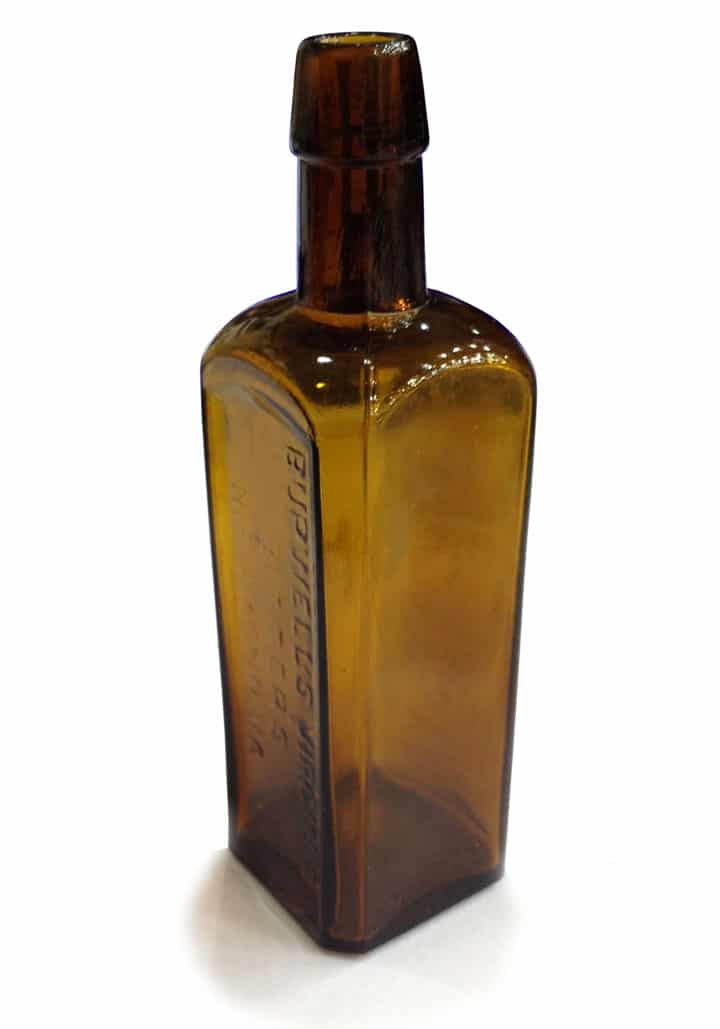 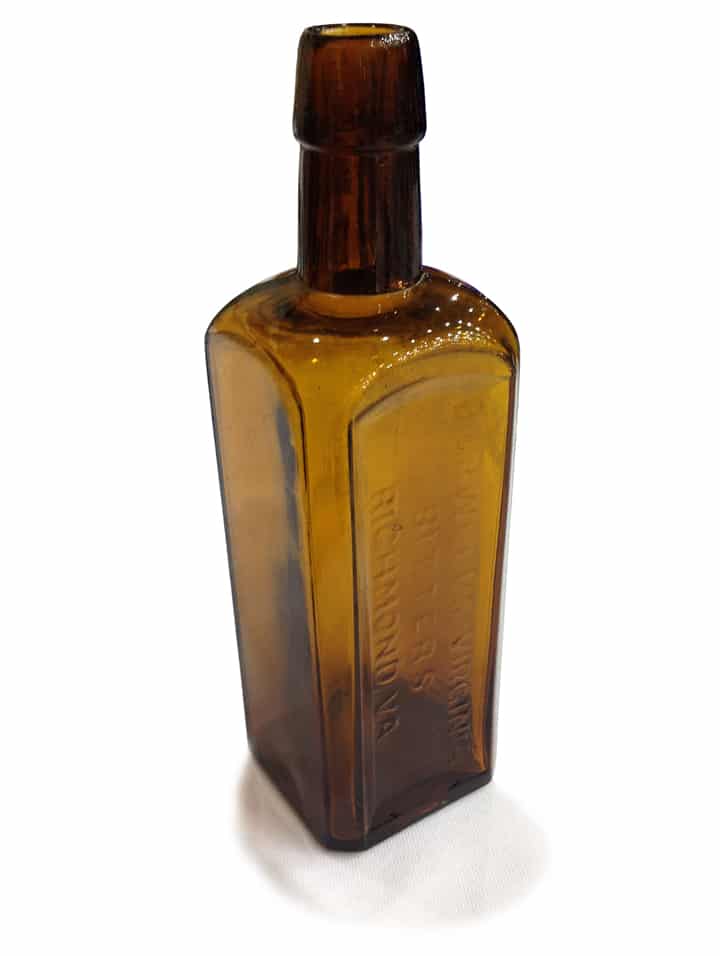 Thanks to Marianne Dow, who suggested I look at Burgundy Bitters made by R. P. Burwell (see Ring & Ham listing and picture below). Burgundy Bitters, happens to be a bitters in my collection and was patented by Robert Burwell in Richmond. I searched the digital universe, the globe, United States and Virginia but not my own files and collection.  After starting a new search, it seems that we would now be talking about Robert Pickett Burwell (born 1o September 1865 – 1931) who patented Burgundy Bitters in Richmond, Virginia. He, interestingly enough, was the brother of Dr. Blair Burwell, mentioned further above. Their father and grandfather was also a Blair Burwell. I suspect that somewhere along the way, he concocted a bitters product or two and marketed it for a very short time. The search continues…

Bill Ham has designated the following new number for the Burwell’s Virginia Bitters featured in this post that will appear in the next Bitters Bottles Supplement:

From Bill Ham: “I found a a rubbing I had taken on a BURWELL’S at a bottle show. There are two variants of the bottle. Not sure when or where, but I think that it was at a Baltimore show quite a while ago. It is as follows:

This bottle has BURWELL”S on first line, Then VIRGINIA BITTERS on second line then RICHMOND. VA. on the third line. It is AQUA rather than amber, and has rounded corners”. 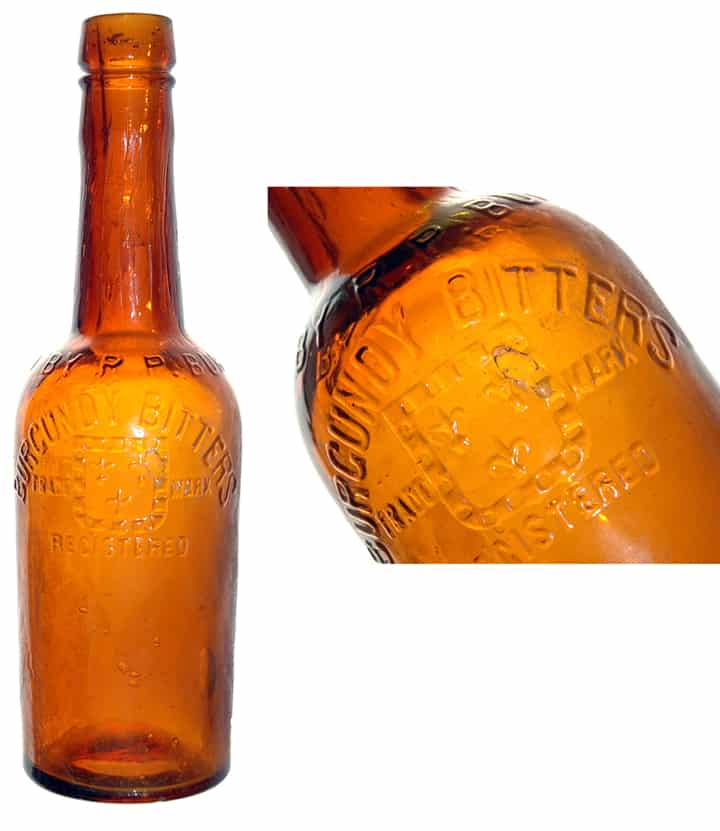 Ferdinand Meyer V is a native of Baltimore, Maryland and has a BFA in Fine Art and Graphic Design from the Kansas City Art Institute and School of Design. Ferdinand is the founding Principal of FMG Design, a nationally recognized design consultation firm. Ferdinand is a passionate collector of American historical glass specializing in bitters bottles, color runs and related classic figural bottles. He is married to Elizabeth Jane Meyer and lives in Houston, Texas with their daughter and three wonderful grandchildren. The Meyers are also very involved in Quarter Horses, antiques and early United States postage stamps. Ferdinand is the past 6-year President of the Federation of Historical Bottle Collectors and is one of the founding members of the FOHBC Virtual Museum.
View all posts by Ferdinand Meyer V →
This entry was posted in Bitters, History, Medicines & Cures, Questions and tagged Armistead, Baltimore, bitters, Blair, Burgundy, Burwell, charlotte, Dow, drug, Dunn, George, Marianne, Meade, Mecklenburg, physician, Pickett, Richmond, Robert, Virginia, William. Bookmark the permalink.