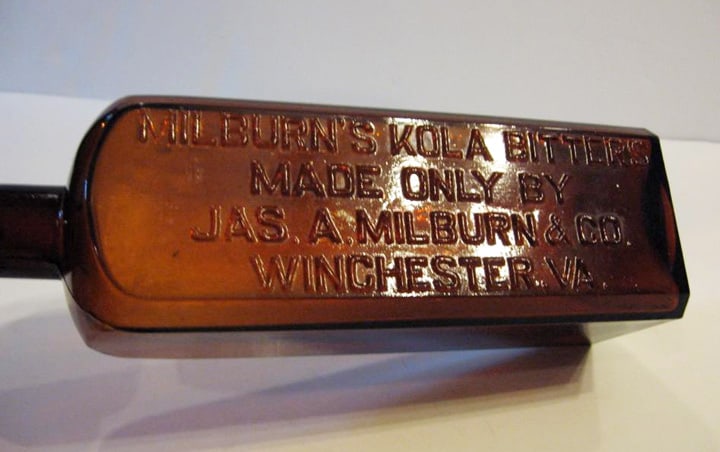 Tom Leveille teased me late last week with a bitters bottle I was not immediately familiar with, which usually means I do not have an example. The pictures he sent represented an amber, Milburn’s Kola Bitters from Winchester, Virginia. 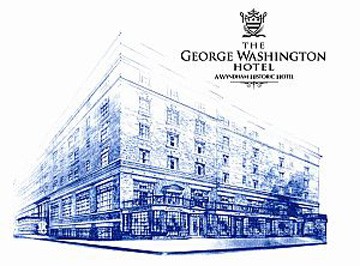 The past two or three years, I have spent quite a bit of time in Winchester as a consultant and typically stay at the renovated George Washington Hotel in historic downtown Winchester. George Washington is represented on many historical markers and Winchester changed hands many times during the Civil War, according to historical records so you really feel close to early America development, historical events and battles when you travel the area and walk the downtown mall.

From Wikipedia: In February 1752, the Virginia House of Burgesses granted the fourth city charter in Virginia to Winchester; as Frederick Town was renamed after Colonel Wood’s birthplace in England. In 1754, Abraham Hollingsworth built the local residence called Abram’s Delight, which served as the first local Quaker meeting house. George Washington spent a good portion of his young life in Winchester helping survey the Fairfax land grant for Thomas Fairfax, Sixth Lord Fairfax, as well as performing surveying work for Colonel Wood. In 1758 Colonel Wood added 158 lots to the west side of town; In 1759 Thomas Lord Fairfax contributed 173 more lots to the south and east. 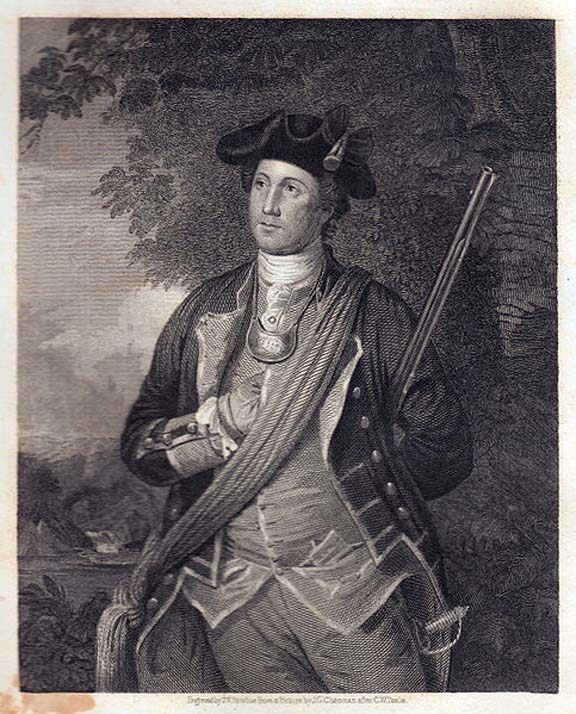 The order he was able to impose earned him the title “Hero of the Monongahela” and brought military glory and fame to the young colonel.

During the French and Indian War, relying on his knowledge of the area, George Washington volunteered as aide-de-camp to General Edward Braddock and joined his expeditionary march to Fort Duqesne at the age of 23. Also joining the march as a wagoner was Winchester resident Daniel Morgan. The march proved fatal for General Braddock, who was shot off his horse and killed at the Battle of Monongahela. Colonel Washington, however, had formed a rear guard, which allowed the remnants of the retreating British forces to disengage. The order he was able to impose earned him the title “Hero of the Monongahela” and brought military glory and fame to the young colonel. 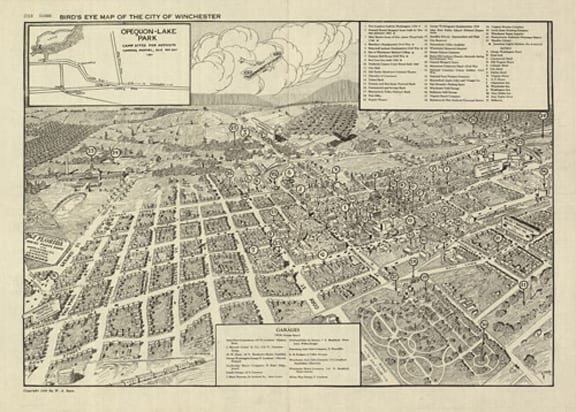 Birds Eye View map of the City of Winchester, Virginia

There is scarce information available on this brand though I did find this recent listing on ebay for a bottle that did not sell. 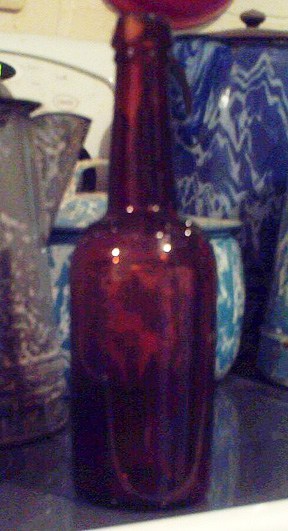 Fresh dug today in an early dump site in the eastern end of the upper peninsula of Michigan. I have been digging and dealing with old bottles for a solid 27 years now and this is only the first one of this bottle that I have ever seen. The antique bottle does have damage. No cracks but it has a chipped mouth and in no way can you take away from the extreme beauty of this bottle and this is why I rescued it from the old bottle dump for it is still of historical significance to the right person who can still appreciate the bottle for how I believe very super rare it is.

The bottle is a small size and looks to be around a 6 oz. size., stands 8 3/8 inches, beautiful light golden honey amber in color. Looks stunning held up to the sun. I just did that to the bottle just a very short while ago and was the first time the bottle has seen the light of day in well over a solid century plus. Bottle dates to the 1890’s or earlier and is blown in mold with a tooled sloping collard mouth. Bottle is embossed around the shoulder boldly and reads: James A. Milburn & Co., boldly embossed on the bottom is: James A. Milburn & Co. Winchester, Va., I don’t see a makers mark embossed. [websbottles1] 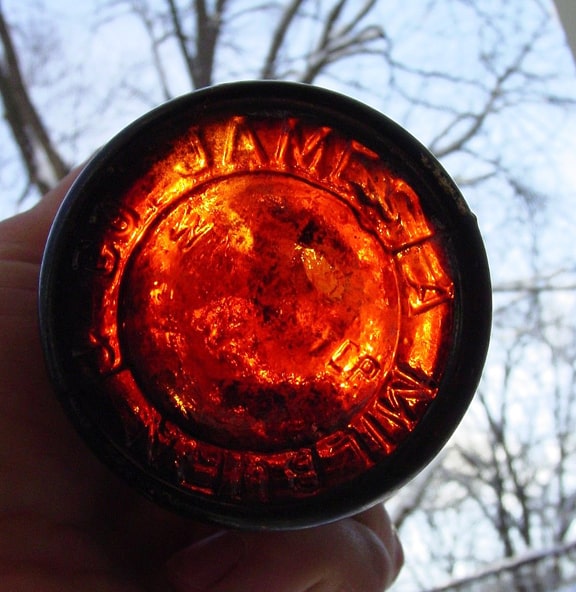 Boldly embossed on the bottom is: James A. Milburn & Co. Winchester, Va., – ebay

What is perplexing is that I keep pulling up a Milburn & Co. in Baltimore around the turn of the century. They made a Milburn’s Kola and Celery Bitters along with a few other bitters products such as:

Somewhere, embedded in some notes or archives, we will most likely find that James A. Milburn set up shop in Winchester. Sure, maybe he sold out or moved to Baltimore but the story starts in Winchester. 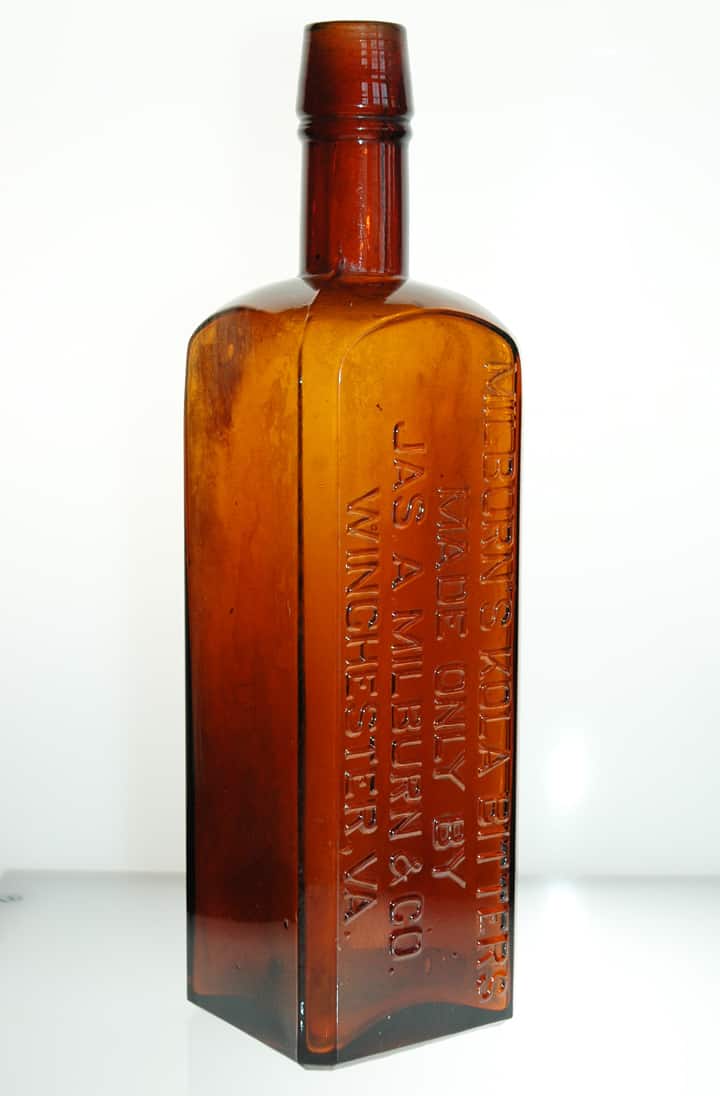 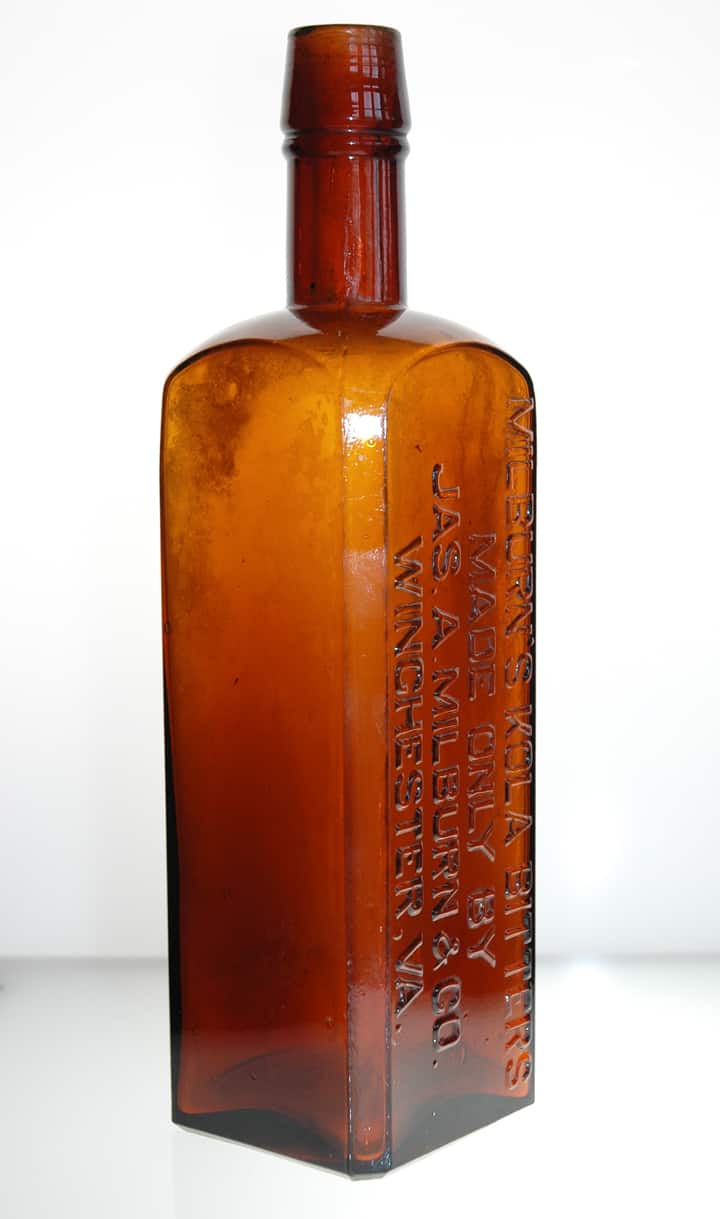 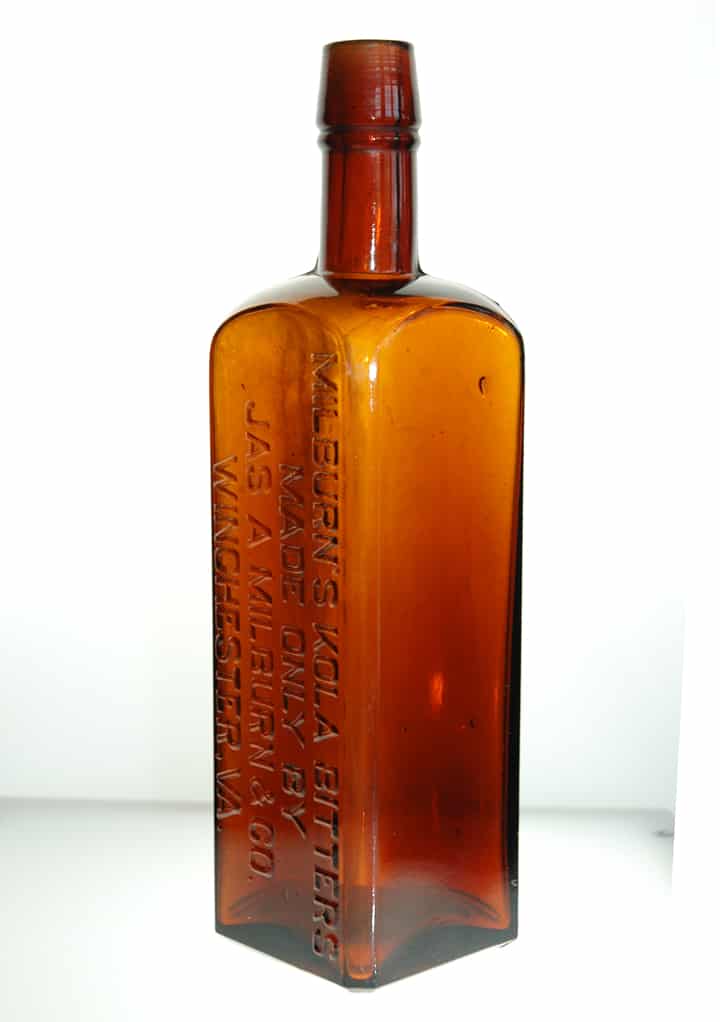 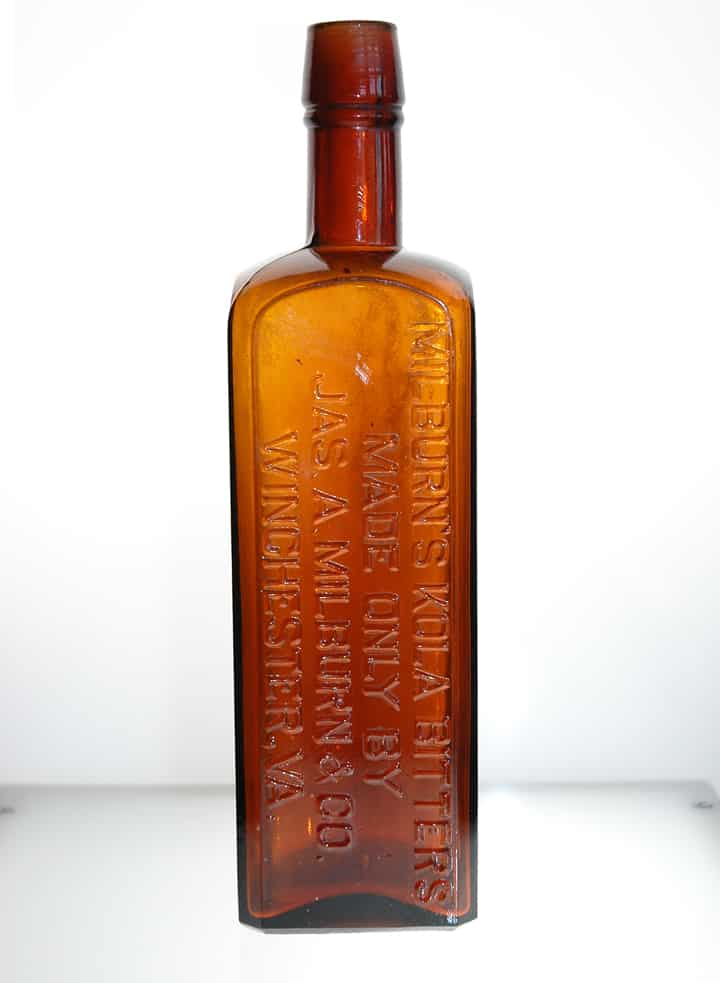 Ferdinand Meyer V is a native of Baltimore, Maryland and has a BFA in Fine Art and Graphic Design from the Kansas City Art Institute and School of Design. Ferdinand is the founding Principal of FMG Design, a nationally recognized design consultation firm. Ferdinand is a passionate collector of American historical glass specializing in bitters bottles, color runs and related classic figural bottles. He is married to Elizabeth Jane Meyer and lives in Houston, Texas with their daughter and three wonderful grandchildren. The Meyers are also very involved in Quarter Horses, antiques and early United States postage stamps. Ferdinand is the past 6-year President of the Federation of Historical Bottle Collectors and is one of the founding members of the FOHBC Virtual Museum.
View all posts by Ferdinand Meyer V →
This entry was posted in Bitters, Civil War, History and tagged Baltimore, celery, George Washington, Jas. A. Milburn, Kpla, Meyer, Milburn & Co., Milburn's Kola Bitters, Tom Leveille, Virginia, Winchester. Bookmark the permalink.