Forty Up Vigor Bitters – Who are You? 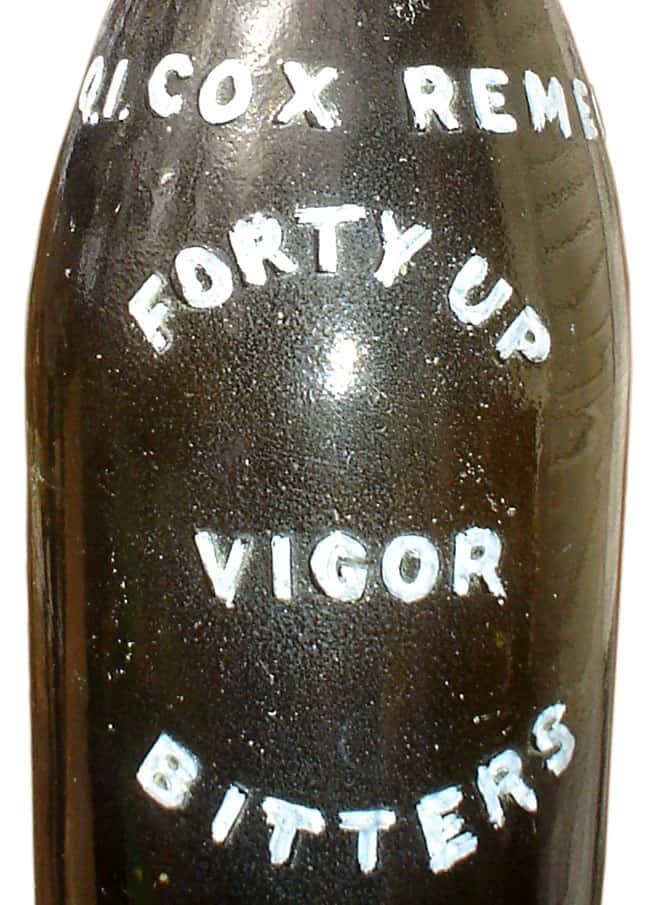 Forty Up Vigor Bitters – Who are You?

About a year or two ago, Ellen & Curt Faulkenberry, from up Saint Louis, Missouri way, sent me some pictures of some extremely rare bitters from their collection. I didn’t know what to expect but I was hoping to see the Pony Bitters. Curt had shown me this baby once before at one of the FOHBC National Shows. 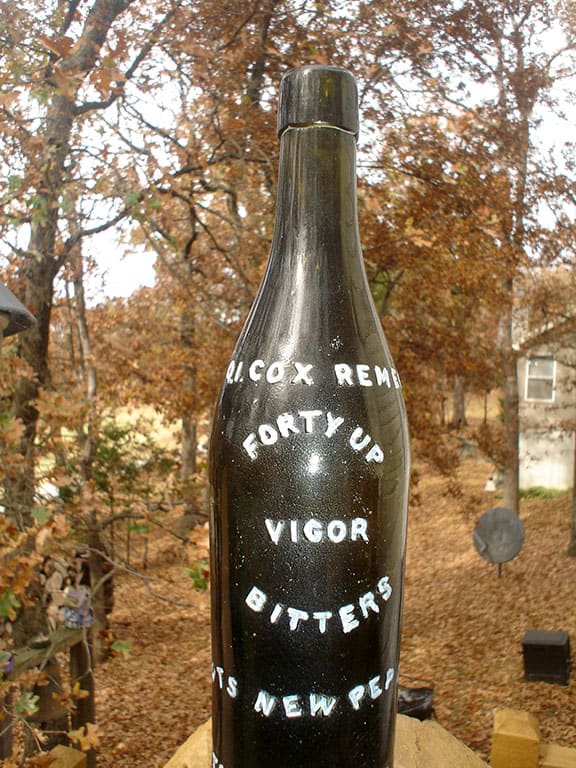 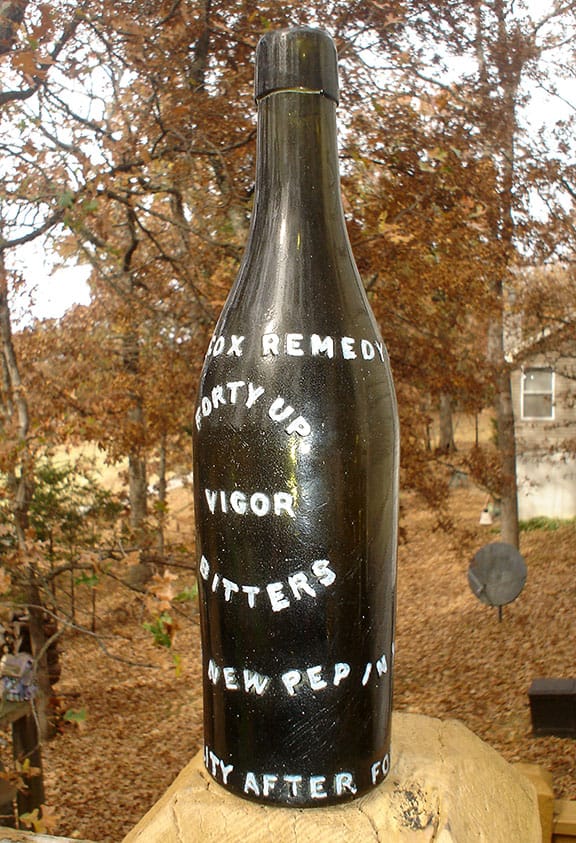 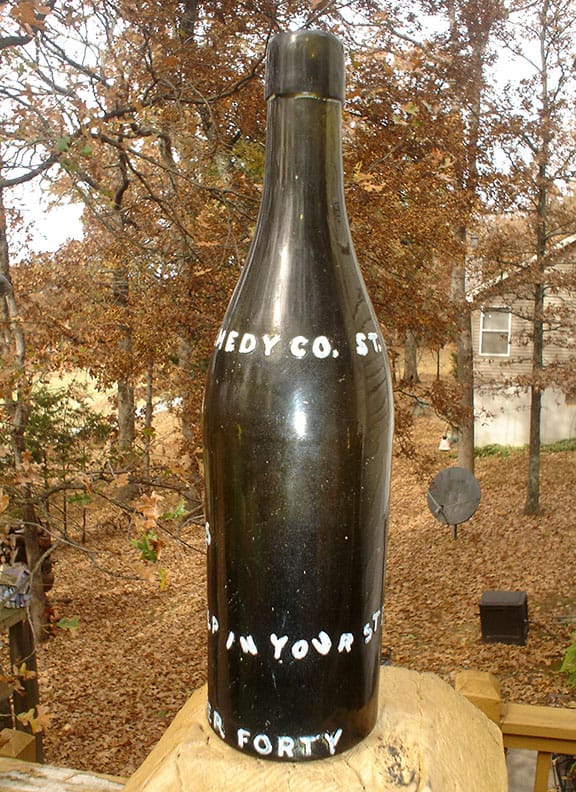 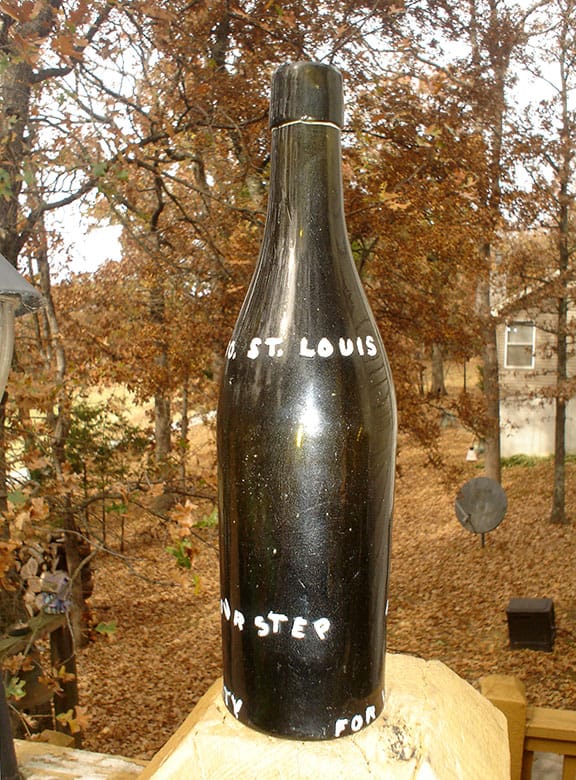 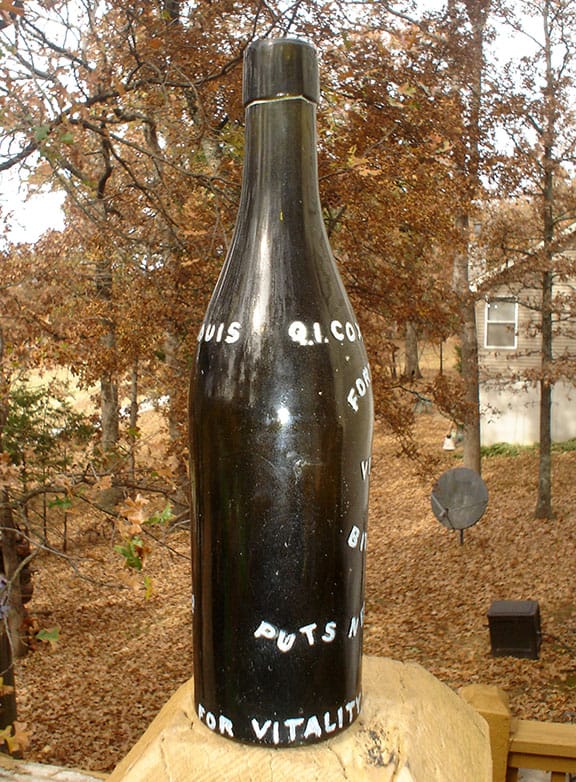 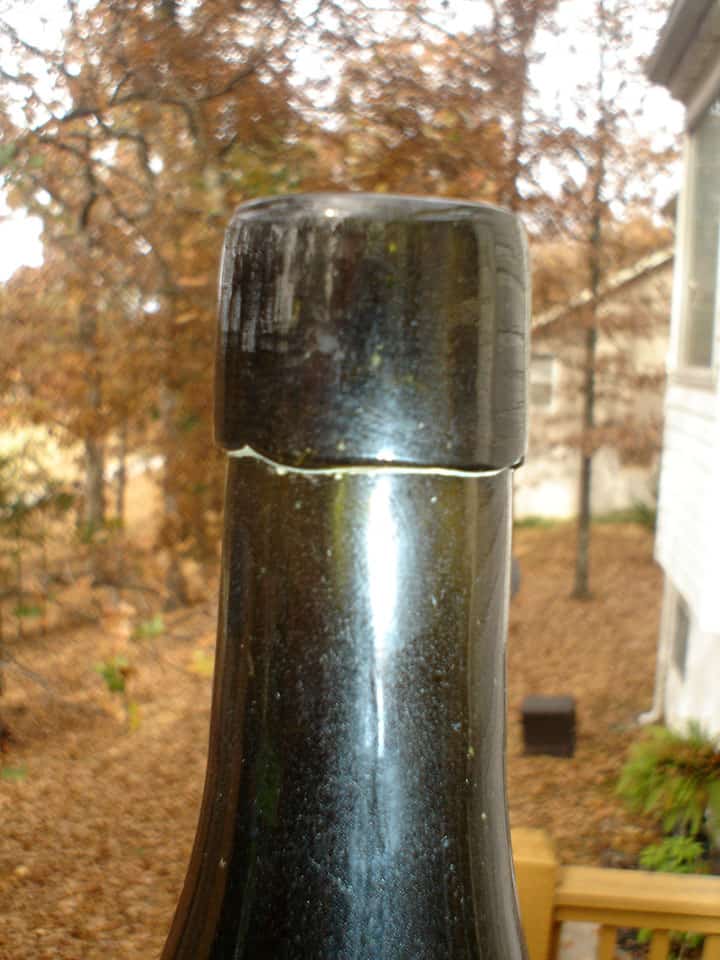 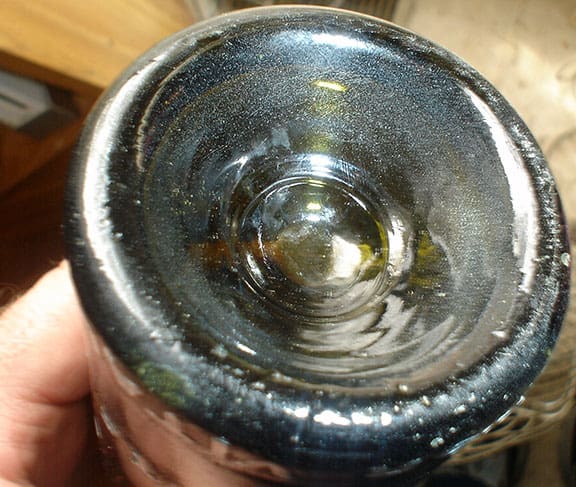 You have to admit, this is a pretty strange bitters bottle including the shape, name, typography placement and dancing letters at the bottom. At first glance, it looked like the lettering was painted on the bottle, at least on the original image that is not included in this post. Maybe it was a joke bottle? That is clearly not the case as you can see from the image enlargements below. The bottle has raised characters. Yes the painting is poor, but some collectors paint their bottles. My father did. 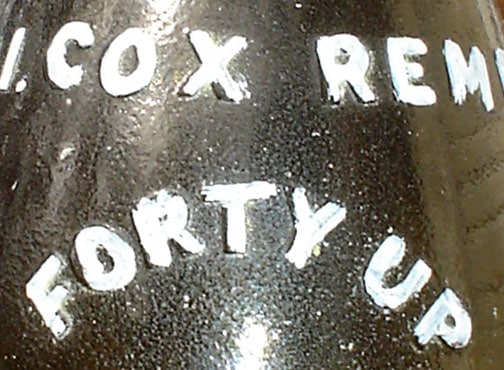 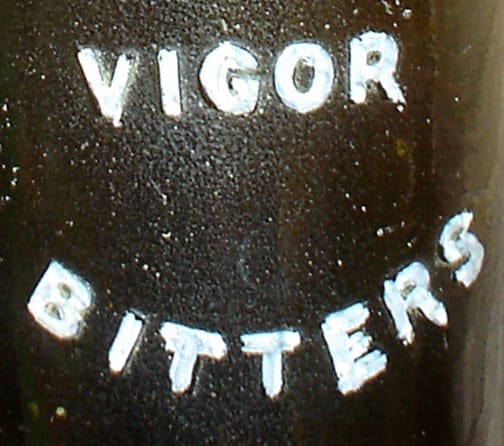 A thought was then put forward that the letters were applied, kind of like that goofy Dr. Wonser’s Bitters square that I saw at Jeff Wichmann’s in Sacramento this past September. I don’t believe that is the case either though the enlargement below does show some action around the “New Pep” letters

I contacted Ellen and she confirmed that the bottle typography was 100% embossed which was reassuring and added that they got the bottle about ten years ago. I will press for more information. I wish I could get it in my hands, wash the paint off and inspect the bottle.

Anyway, I am going to put these pictures out there and ask for some help. My initial searches reveal absolutely no information on this bottle. I could not find a Q. I. Cox in St. Louis in the second half of the 1800s.

I would also like to ask the Doctor, Marianne Dow, to see if she has time to look into this bottle. She has a master in internet search configuration. Stay tuned.

1866: Advertisement for Bagot & Cummings proprietors of St. Louis Glass Works. They made bottles. There was a glassmaker named Bernard Cox who worked at the glassworks. – 1866 St. Louis City Directory

Ferdinand Meyer V is a native of Baltimore, Maryland and has a BFA in Fine Art and Graphic Design from the Kansas City Art Institute and School of Design. Ferdinand is the founding Principal of FMG Design, a nationally recognized design consultation firm. Ferdinand is a passionate collector of American historical glass specializing in bitters bottles, color runs and related classic figural bottles. He is married to Elizabeth Jane Meyer and lives in Houston, Texas with their daughter and three wonderful grandchildren. The Meyers are also very involved in Quarter Horses, antiques and early United States postage stamps. Ferdinand is the past 6-year President of the Federation of Historical Bottle Collectors and is one of the founding members of the FOHBC Virtual Museum.
View all posts by Ferdinand Meyer V →
This entry was posted in Bitters, Collectors & Collections, Questions, Remedy and tagged bitters, Curt, Ellen, Faulkenberry, Forty Up, Missouri, New, Pep, Q. I. Cox, Remedy, Saint Louis, St. Louis, Step, Vigor. Bookmark the permalink.