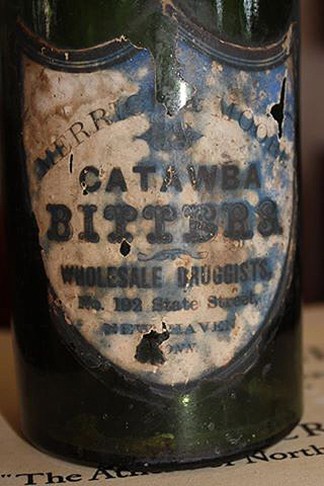 What is interesting here is that noted bottle authority, Dr. Richard Cannon once said in an article called SACHEM AND SHOSHONEES regarding  Old Sachems Bitters and Wigwam Tonic, “Apparently George Hunnewell was not the same person as John L. or Joseph W. Hunnewell of Boston who began to put out Hunnewell’s Tolu Anodyne and Universal Cough Remedy in the 1840s. We know that William Goodrich was the proprietor and was located at 145 Water Street. Old Sachem Bitters & Wigwam Tonic was advertised in April, 1859. I do not know how early the product appeared, but probably earlier that 1859. Merrick and Moore Company was in control of the brand when they appeared in the New Haven, Conn. City Directories from 1864-1867. Mr. Merrick resided in several of the local hotels during this period.”

I can not substantiate this connection and find it a bit odd. My research does find a Merrick & Moore (William Merrick & Lucius C. Moore), wholesale druggists and patent medicines, at 192 State in the 1866-1867 Benham’s New Haven Directory and Annual Advertiser. These two guys grew up in New Haven, and were obviously acquaintances as they “clerked” at a number of places until they joined up in late 1850s and 1860s. Their company is only listed for two years. No mention of the Old Sachems.

Anyway, an unlisted bottle that now will have a listing by Bill Ham in the Ring and Ham Bitters Bottles Supplement 2 book. 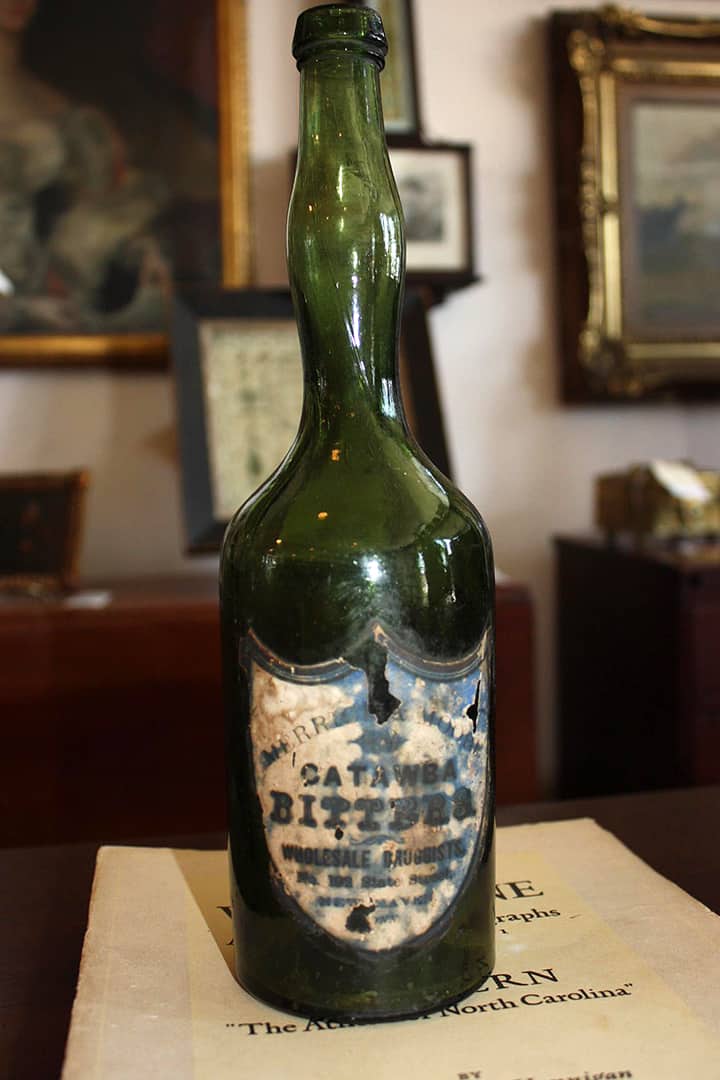 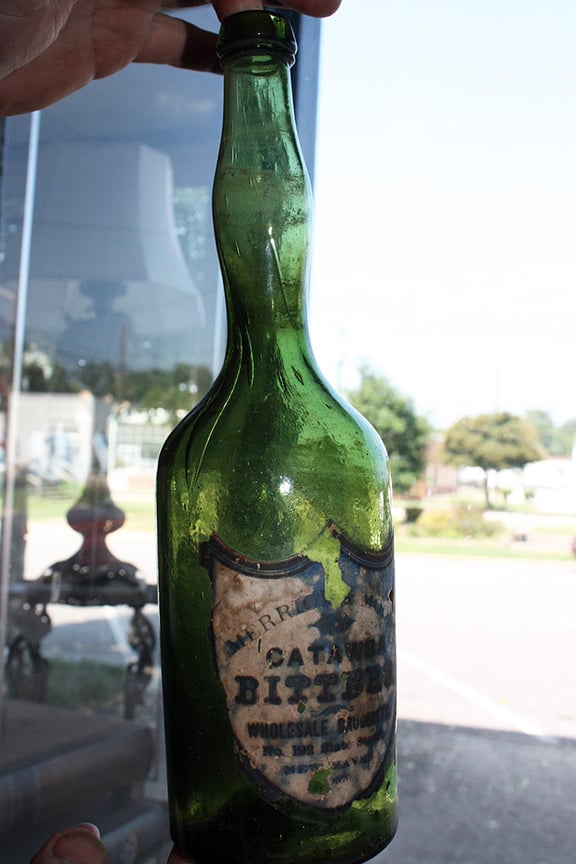 Ferdinand Meyer V is a native of Baltimore, Maryland and has a BFA in Fine Art and Graphic Design from the Kansas City Art Institute and School of Design. Ferdinand is the founding Principal of FMG Design, a nationally recognized design consultation firm. Ferdinand is a passionate collector of American historical glass specializing in bitters bottles, color runs and related classic figural bottles. He is married to Elizabeth Jane Meyer and lives in Houston, Texas with their daughter and three wonderful grandchildren. The Meyers are also very involved in Quarter Horses, antiques and early United States postage stamps. Ferdinand is the past 6-year President of the Federation of Historical Bottle Collectors and is one of the founding members of the FOHBC Virtual Museum.
View all posts by Ferdinand Meyer V →
This entry was posted in Bitters, Druggist & Drugstore, Figural Bottles, History, Liquor Merchant and tagged bitters, Catawba, Connecticut, David Jackson, Dr. Cannon, Druggist & Drugstore, Figural, lady's, leg, Lucius, merrick, Moore, New Haven, wholesale, William. Bookmark the permalink.