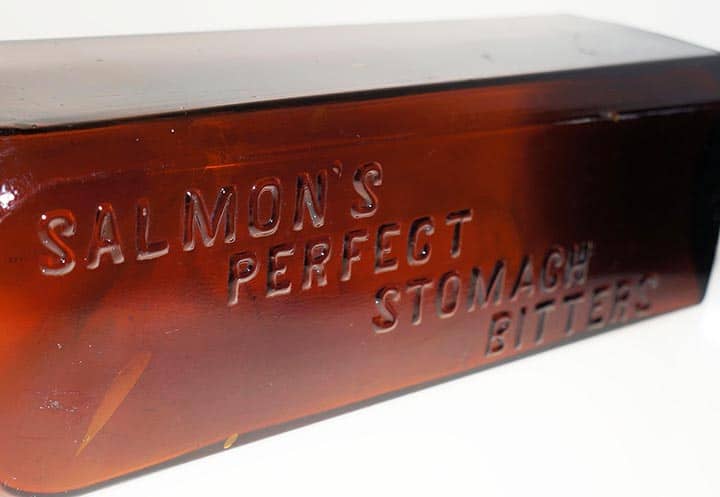 Bill Ham picked up a pretty rare Salmon’s Perfect Stomach Bitters on a table at the recent FOHBC 2014 Lexington National and flipped it to me for a couple hundred bucks. Not a terribly exciting bottle but a tough one to find. We both thought it should be rated extremely rare though Bill and Carlyn Ring rated it rare previously in Bitters Bottles. We both had not seen another example before and the book says one was dug in New York State. Could this be that example?

Not much to go on here but I look at New York as the example was dug there. Bingo! I quickly figure out that we are talking about Maximillian or Max Salmon. Max was Canadian born and spent time in his early 20’s as a liquor store clerk in Baltimore. His father, Philip Salmon had a liquor store in Baltimore so presumably, Max worked there. Max’s sister was Sarah Salmon Grosner of the Grosner’s menswear dept store in Baltimore. Finding a wife in New York City leads Max to move to Manhattan and become a wine and liquor merchant in the early 1890s.

Max stays in this profession until about 1915 when he moves to the insurance business. From 1907 to 1912 he is the proprietor of Salmon Bitters Company at 1954 3rd Avenue in Manhattan. Make sure you read the news clipping from 1893 below where Max gets in trouble with the law for selling wine to two thirteen year olds who also purchased a gun to accompany their mischief. You might get in a wee bit more trouble if you did that nowadays. 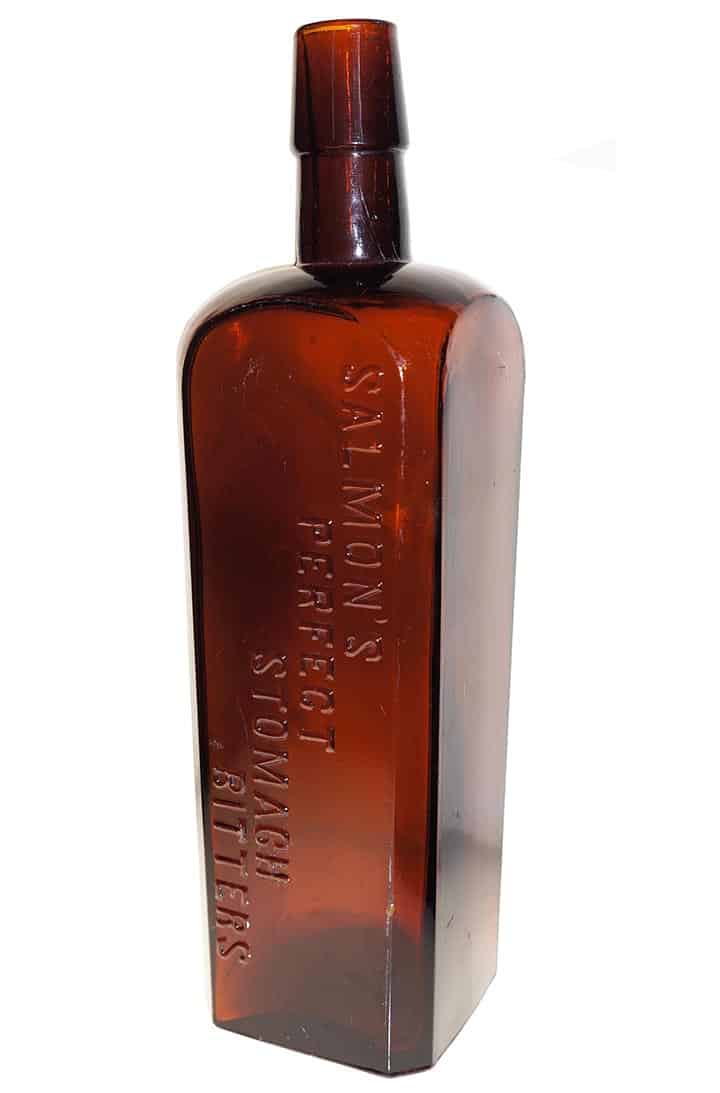 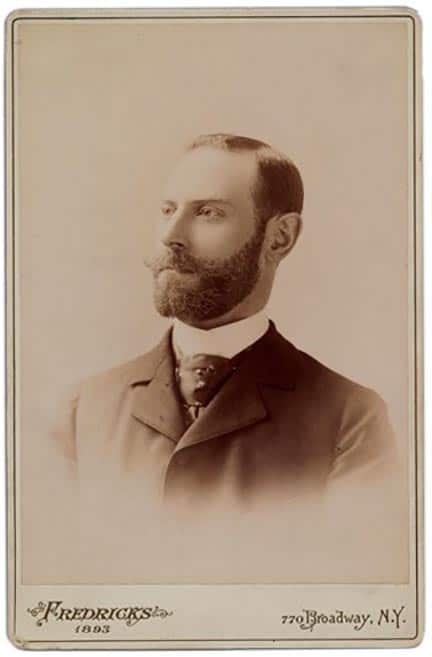 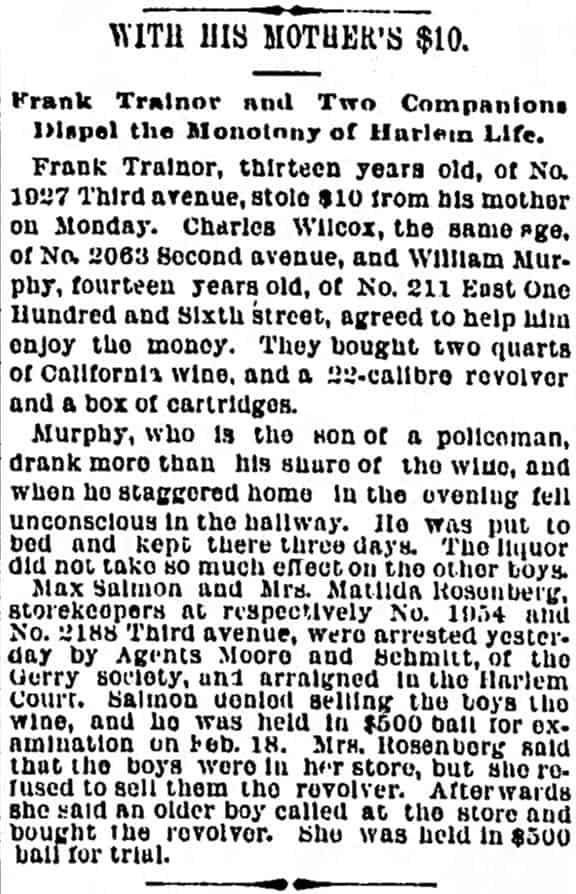 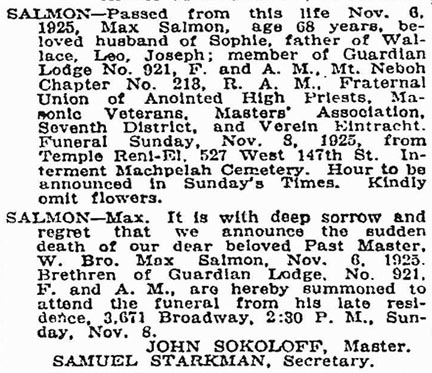 Ferdinand Meyer V is a native of Baltimore, Maryland and has a BFA in Fine Art and Graphic Design from the Kansas City Art Institute and School of Design. Ferdinand is the founding Principal of FMG Design, a nationally recognized design consultation firm. Ferdinand is a passionate collector of American historical glass specializing in bitters bottles, color runs and related classic figural bottles. He is married to Elizabeth Jane Meyer and lives in Houston, Texas with their daughter and three wonderful grandchildren. The Meyers are also very involved in Quarter Horses, antiques and early United States postage stamps. Ferdinand is the past 6-year President of the Federation of Historical Bottle Collectors and is one of the founding members of the FOHBC Virtual Museum.
View all posts by Ferdinand Meyer V →
This entry was posted in Bitters, History, Liquor Merchant, Wine & Champagne and tagged Baltimore, bitters, canada, insurance, liquor, Manhattan, Max, Maximilian, Maximillian, merchant, New York, perfect, Salmon, Sophie, Stern, Stomach, Wine. Bookmark the permalink.