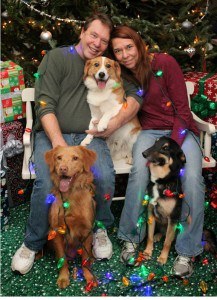 I really like it when I see David Jackson posting pictures from his collection. Recently David has been primarily posting pictures of his applied seal bottles over at Bottle Collectors on facebook.

David and Jo Jackson are fixtures at most of the mid-Atlantic bottle shows and represent a power couple in bottle collecting. I thought the Jackson’s were primarily collecting Casper Co. Carolina whiskey cylinders and go withs. It seems that somewhere down the road recently they expanded into applied seals. I thought it would be nice to group and look at a few of their pictures.

I also like their facebook profile Christmas picture above. What a great picture! Elizabeth and I should do one with our six dogs. That would be something as our dogs range in size from a miniature Dachshund to a Great Pyrenees. 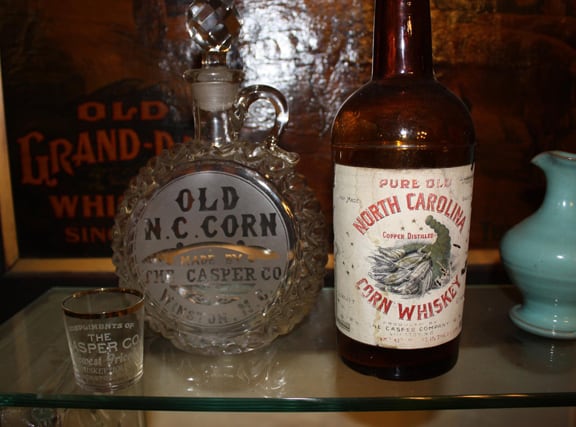 There is an additional method of embossed labeling which was used in the 17th century and continued into the 19th century. That method involves the use of a slug or glob of molten glass added to the outside of the bottle. After the bottle is formed, but still hot, a hot glass slug is placed on the side of the bottle, usually on the shoulder or high on the side, and then formed flat against the bottle with a tool, that is inscribed with letters or a symbol. This produces a round or oval glass form, attached to the bottle, with the desired words or symbol permanently visible. These embossed slugs are referred to as seals or applied seals. The application of the seal is permanent to the bottle and cannot be removed without damaging the bottle. 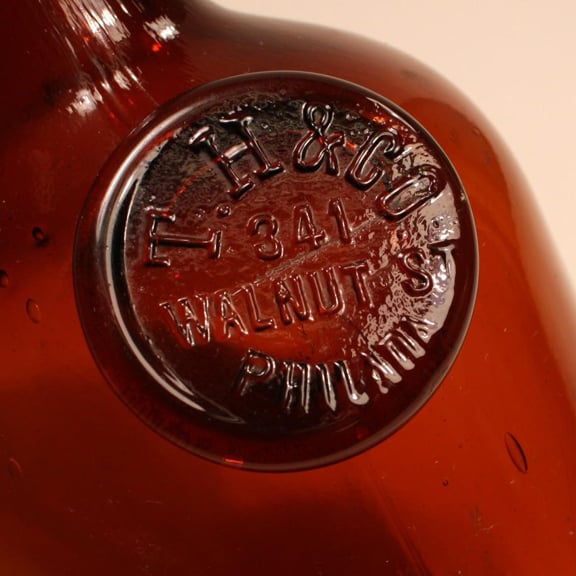 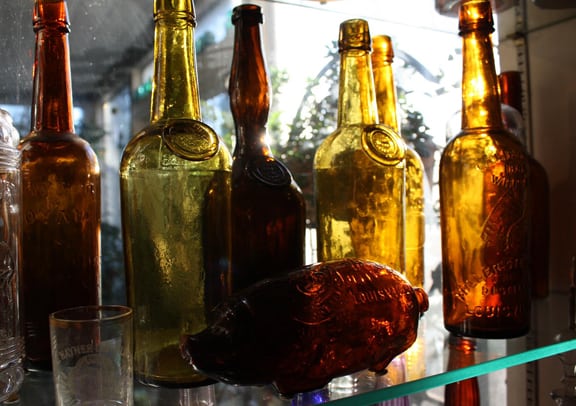 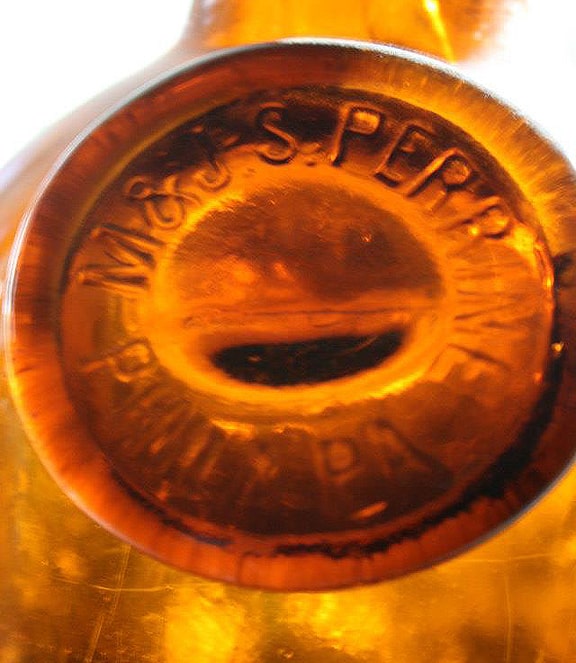 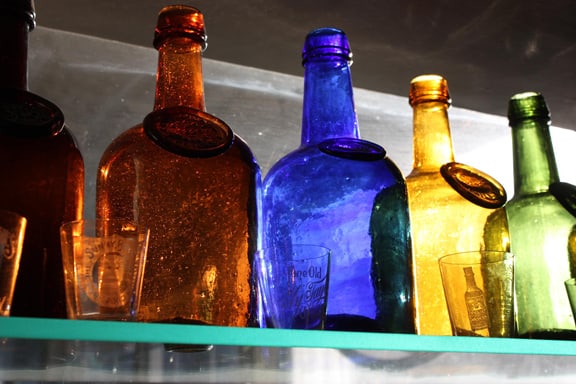 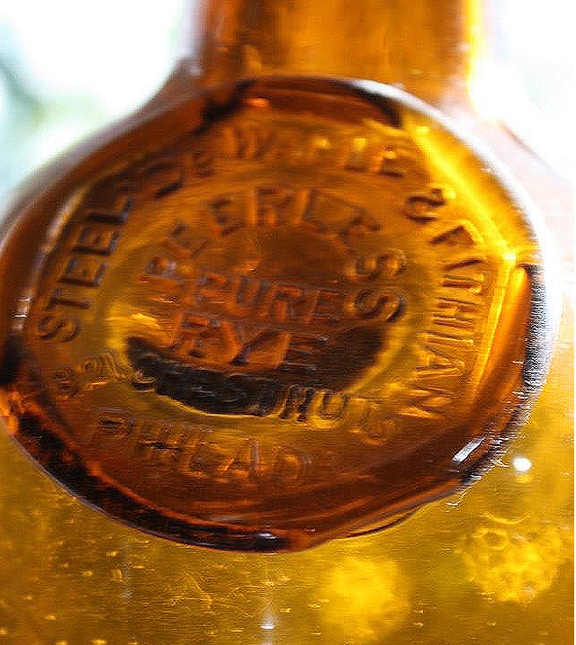 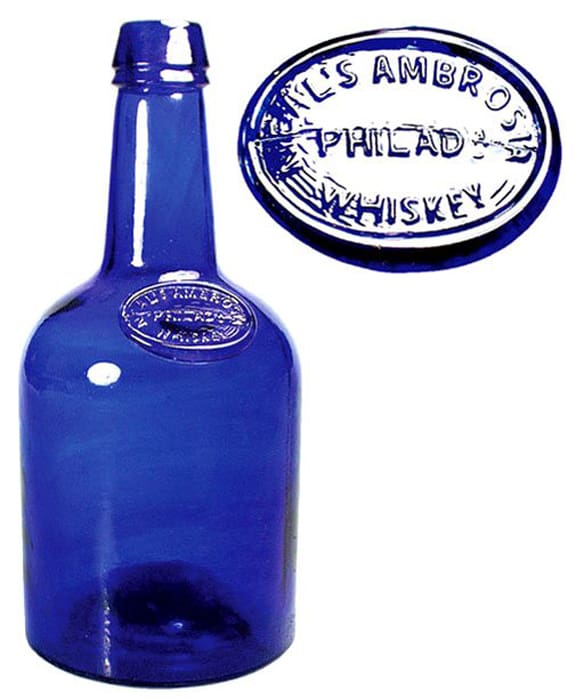 NEALS AMBROSIA WHISKEY in cobalt blue. Look what Santa brought Me. I know I was a very bad boy this year and I still got a nice present!!! – David Jackson 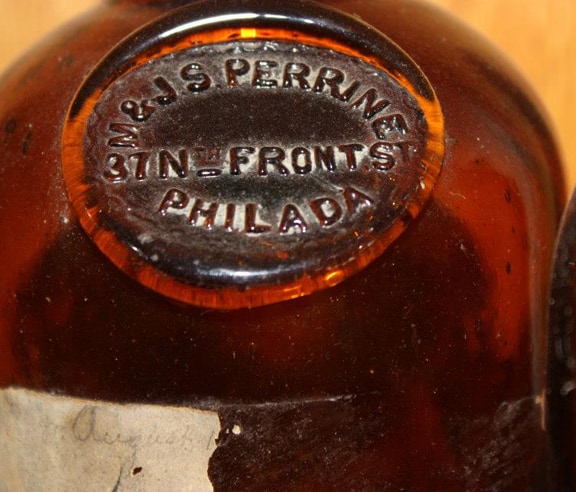 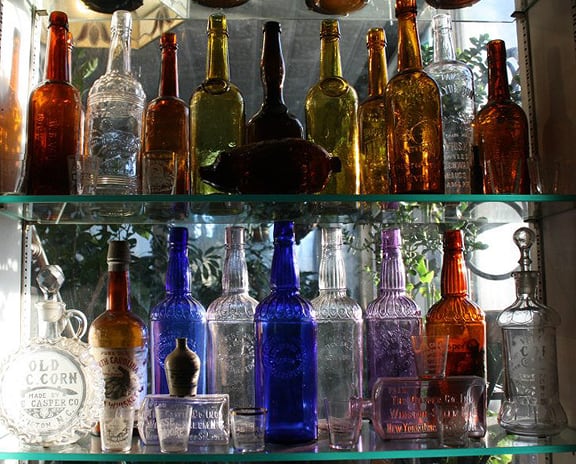 These are all Casper whiskey items. The mini jug is sitting on a 1/2 pint square 4 cities is a Merry Christmas Casper Roanoke, Va. – David Jackson 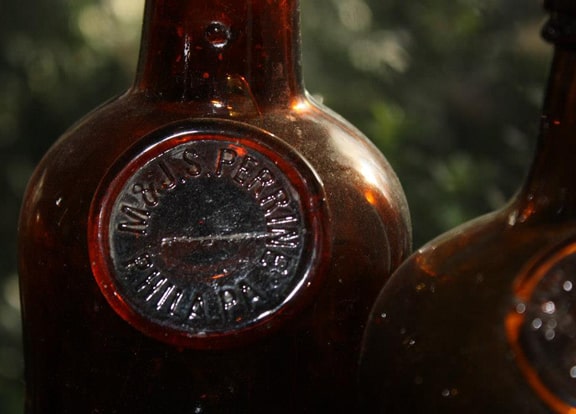 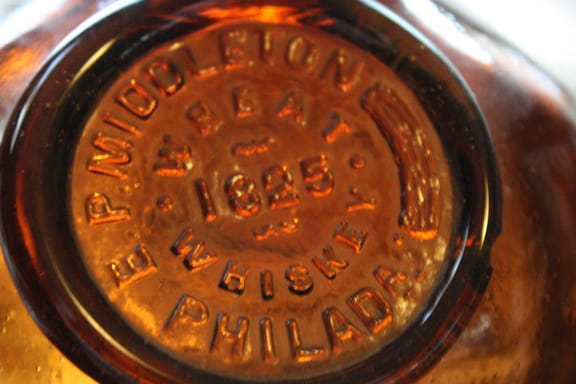 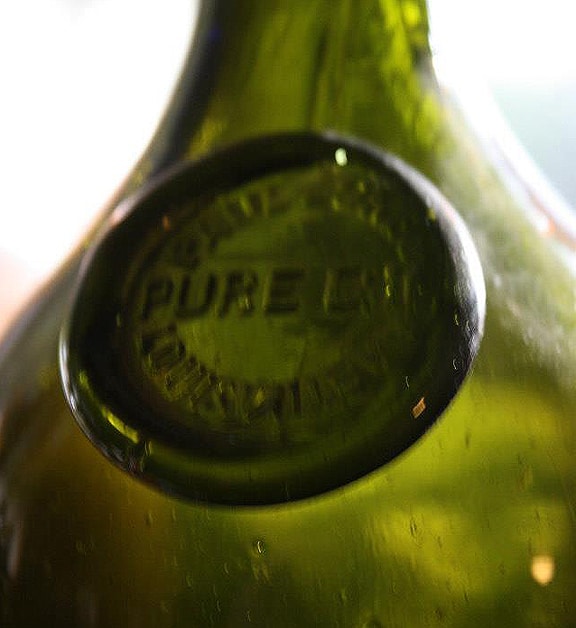 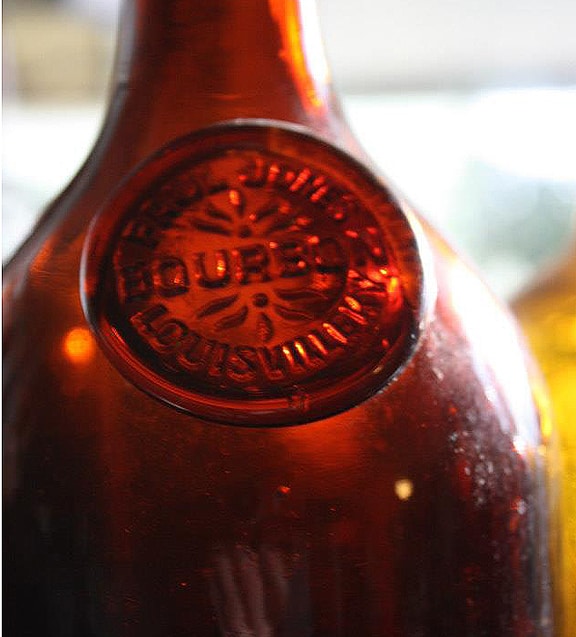 Ferdinand Meyer V is a native of Baltimore, Maryland and has a BFA in Fine Art and Graphic Design from the Kansas City Art Institute and School of Design. Ferdinand is the founding Principal of FMG Design, a nationally recognized design consultation firm. Ferdinand is a passionate collector of American historical glass specializing in bitters bottles, color runs and related classic figural bottles. He is married to Elizabeth Jane Meyer and lives in Houston, Texas with their daughter and three wonderful grandchildren. The Meyers are also very involved in Quarter Horses, antiques and early United States postage stamps. Ferdinand is the past 6-year President of the Federation of Historical Bottle Collectors and is one of the founding members of the FOHBC Virtual Museum.
View all posts by Ferdinand Meyer V →
This entry was posted in Collectors & Collections, Facebook, History, News, Spirits, Whiskey and tagged applied, Bourbon, Carolina, cylinder, Dale Murschell, David Jackson, Facebook, Jo Jackson, M & J S, Middleton, Neal's Ambrosia, Paul Jones, Perrine, Philadelphia, seal, Whiskey. Bookmark the permalink.