Now, here is one of my favorite bitters bottles that I have cherished since the day I obtained my example. I have written about the triangular S (star) C Brown’s Herb Bitters before as it is such an extremely rare and beautiful bottle. I have no clue as to who or what S C Brown is, and I searched more today. Just a great bottle with that embossed star. Last week I heard of another example and I have permission to share some super pictures and related correspondence. 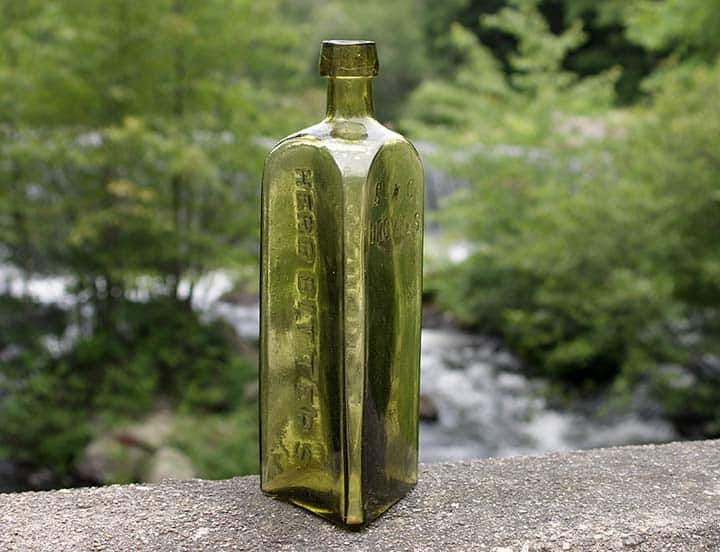 I met you for the first time at the FOHBC national show in Manchester, New Hampshire last year. Since then, I have frequented your site many times. I’ve read about your S (star) C Brown’s Herb Bitters with great interest. I have been pursuing one for the past 5-1/2 years. Just in time for my 58th birthday, my five plus years of persistence has finally paid off and I have acquired a spectacular piece from an 81 year old gentleman who picked it in a large collection of bottles from a barn in Carlisle, PA back in 1978. He has had it in a corner cabinet with a handful of historic Pittsburgh flasks and a few scarce bitters bottles ie., Lippman’s Great German Bitters (Savannah, Georgia), etc. If I send a few images, can you possibly substantiate this piece? Thanks,

I am equally curious about this bottle as it doesn’t seem possible to pick up two EXCEPTIONAL examples with 5 or less known from the same collection. I would just make the assumption that more strap sided examples of the DE WITTS have appeared over the years unlike the S  BROWNS which is seemingly has very few surviving authenticated examples. For what its worth, I have only reported this find to you. No one else has knowledge of their existence to date. Would love your thoughts at your convenience.

Dan: I posted about both brands/bottles before. Suspect you have seen though I will add links. Congrats on the Browns. Suspect $10k plus easily if marketed and sold correctly. The DeWitts Stomach Bitters flask is rated scarce in Bitters Bottles by Ring & Ham. Tough to find. I don’t have one which makes me think it is tougher to get. Congratulations too! Wonderful finds. 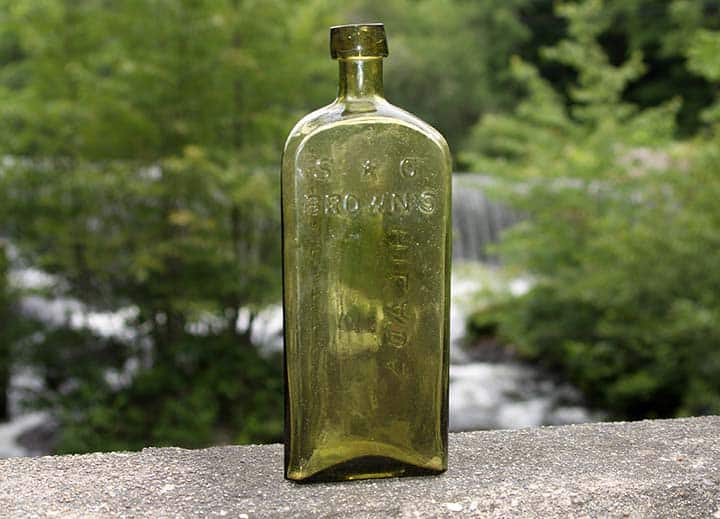 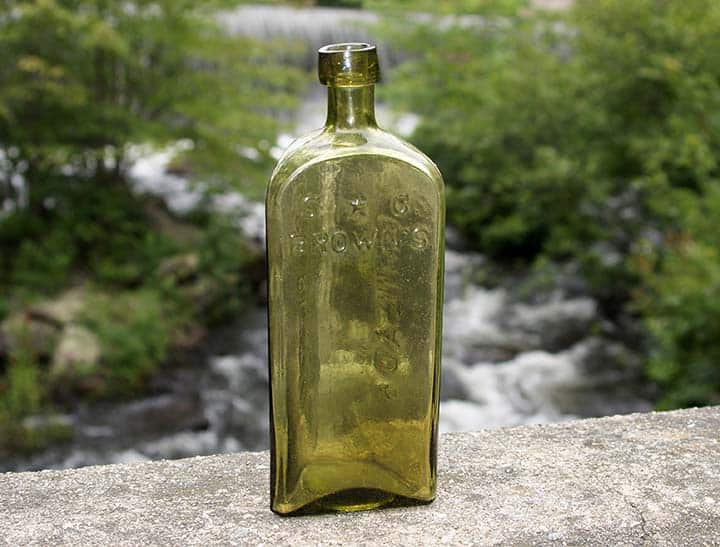 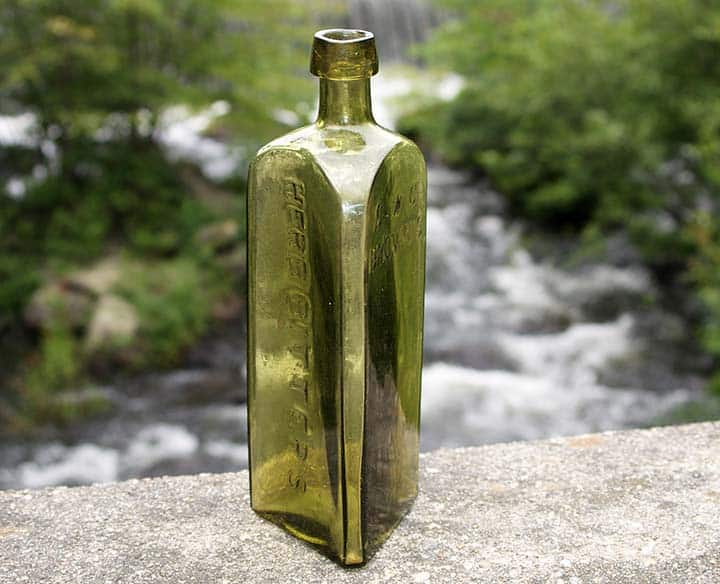 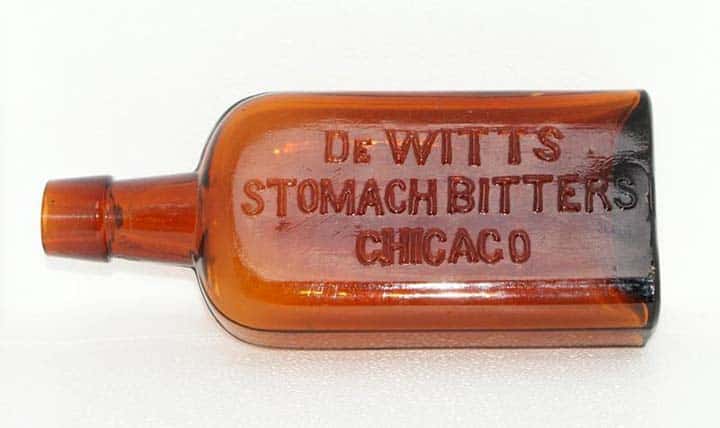 Ferdinand Meyer V is a native of Baltimore, Maryland and has a BFA in Fine Art and Graphic Design from the Kansas City Art Institute and School of Design. Ferdinand is the founding Principal of FMG Design, a nationally recognized design consultation firm. Ferdinand is a passionate collector of American historical glass specializing in bitters bottles, color runs and related classic figural bottles. He is married to Elizabeth Jane Meyer and lives in Houston, Texas with their daughter and three wonderful grandchildren. The Meyers are also very involved in Quarter Horses, antiques and early United States postage stamps. Ferdinand is the past 6-year President of the Federation of Historical Bottle Collectors and is one of the founding members of the FOHBC Virtual Museum.
View all posts by Ferdinand Meyer V →
This entry was posted in Advice, Bitters, Digging and Finding, Questions and tagged bitters, brown, Brown's, Fossil-Glass, Herb, Lakatos, Maine, SC, triangular. Bookmark the permalink.