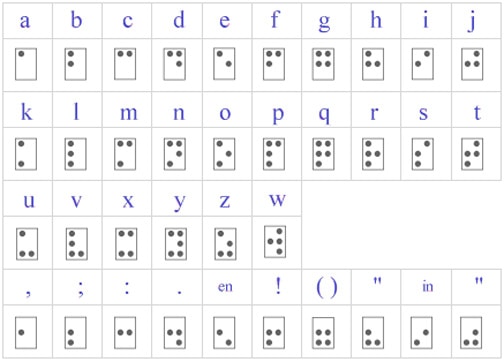 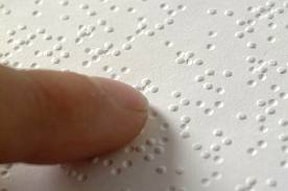 Bark Bitters over on facebook posted these two (2) pictures below of  DeWitts Stomach Bitters from E. C. DeWitt & Co. in Chicago with raised dots and asked if anyone was familiar with the mold. Wow, this is an odd bird. Reminds me of Braille. This is pretty cool! I also posted a labeled example from my collection. Updated on 29 April with an example presented by Ed Faulkner. 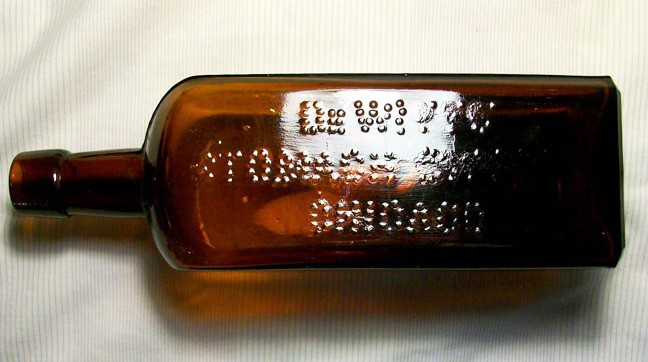 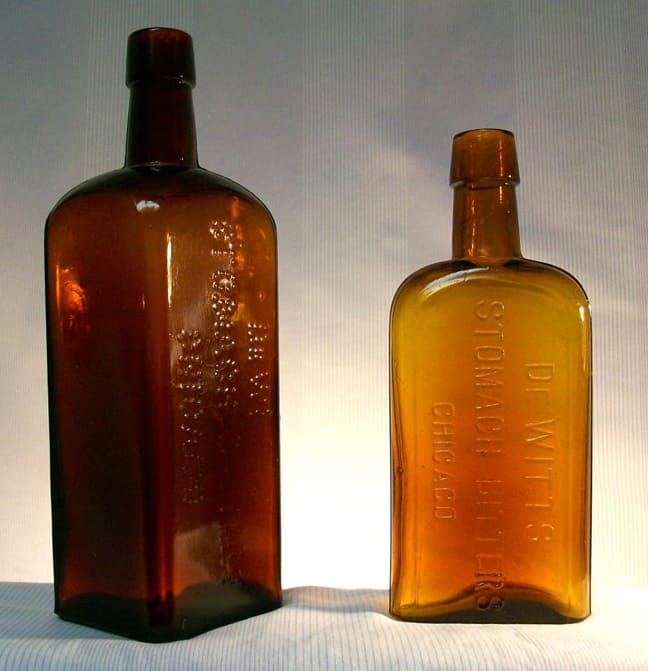 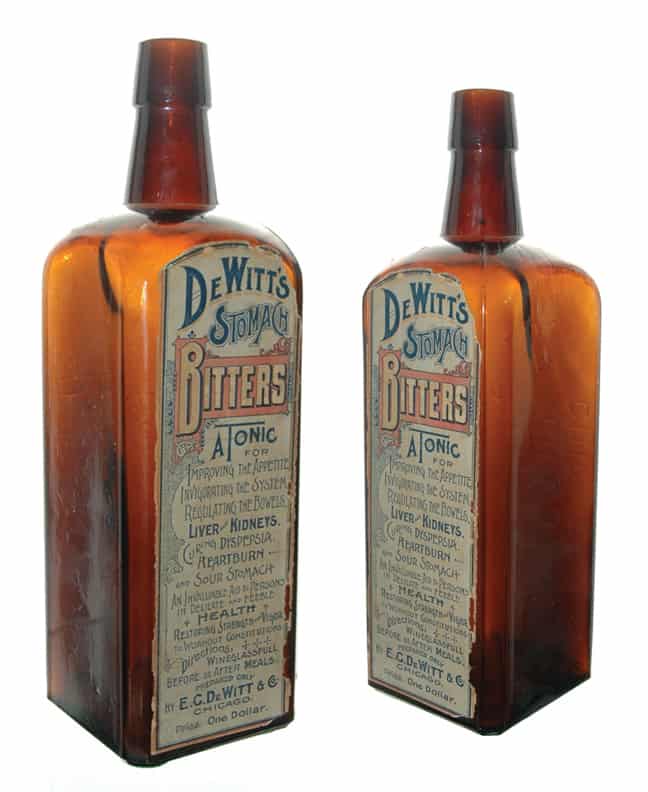 Sometime during 1880, Charles W. Beggs proposed a partnership with E. C. DeWitt who had been manufacturing and selling patent medicines to a local market. Both men at that time were residents of Elk Point, Dakota Territory. A partnership was formed and by 1883 the patent medicine firm of Beggs & DeWitt had moved to Sioux City, Iowa. During 1886 the business was moved to Chicago and eventually the partnership was dissolved. – Collecting Bottles by State, The Ioway, Part 3 – Bitters Bottles, by Mike Burggraaf 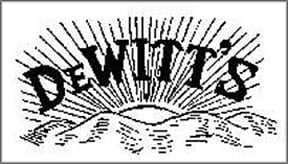 The advertisement above suggests that De Witts Bitters was being sold earlier than thought. The trademark with the sun and mountains was register much later in 1906.

Ferdinand Meyer V is a native of Baltimore, Maryland and has a BFA in Fine Art and Graphic Design from the Kansas City Art Institute and School of Design. Ferdinand is the founding Principal of FMG Design, a nationally recognized design consultation firm. Ferdinand is a passionate collector of American historical glass specializing in bitters bottles, color runs and related classic figural bottles. He is married to Elizabeth Jane Meyer and lives in Houston, Texas with their daughter and three wonderful grandchildren. The Meyers are also very involved in Quarter Horses, antiques and early United States postage stamps. Ferdinand is the past 6-year President of the Federation of Historical Bottle Collectors and is one of the founding members of the FOHBC Virtual Museum.
View all posts by Ferdinand Meyer V →
This entry was posted in Bitters, Facebook, Questions and tagged Bark Bitters, braille, chicago, De Witts Stomach Bitters, dots, Ed Faulkner, Meyer Collection. Bookmark the permalink.

1 Response to Braille Dots on a DeWitts Stomach Bitters