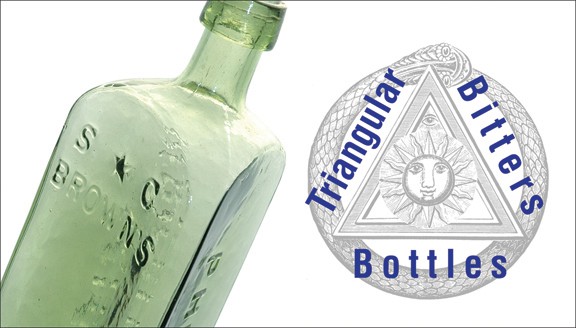 My continuing effort to document triangular bitters bottles leads us now to the extremely rare, S (star) C Brown’s Herb Bitters from Philadelphia. The Brown’s was an elusive and tough bottle for me to obtain. It was first offered to me by a bottle broker from the East Coast for big dollars and I foolishly passed because I was not familiar with the bottle (probably classified it in my mind as a three-sided square bitters – Ha!). Boy was I wrong. I was finally able to track the example down again after a Glass Works Auctions miss when I was the successful bidder in the American Bottle Auctions, Grapentine 1 | Auction 41 (Lot #170) in April 2007. My bottle was classified as near mint and is in superb condition with lots of whittle and crudity. It is also ex: Carlyn Ring (see sticker).

The Brown’s has been seen in amber (not by me). It was believed that there were only two (2) known examples in this stunning color shade. You can imagine my (and others) surprise when an example showed up in the recent Heckler Auction 95 | The Thomas McCandless Collection | Session II in October 2010. Estimated to sell from $10,000 – $20,000, the bottle sold for far less. Somebody really got a great bottle for a great price. Congratulations. 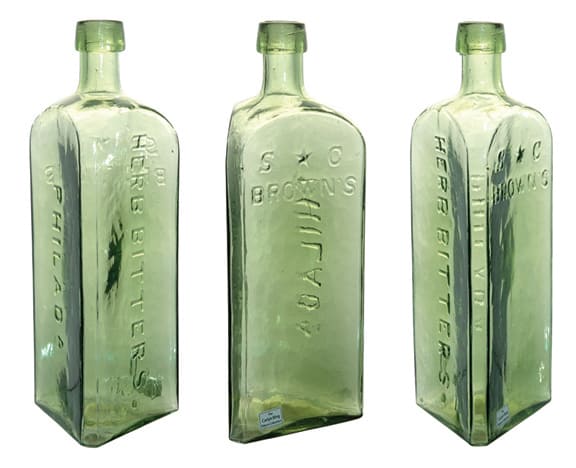 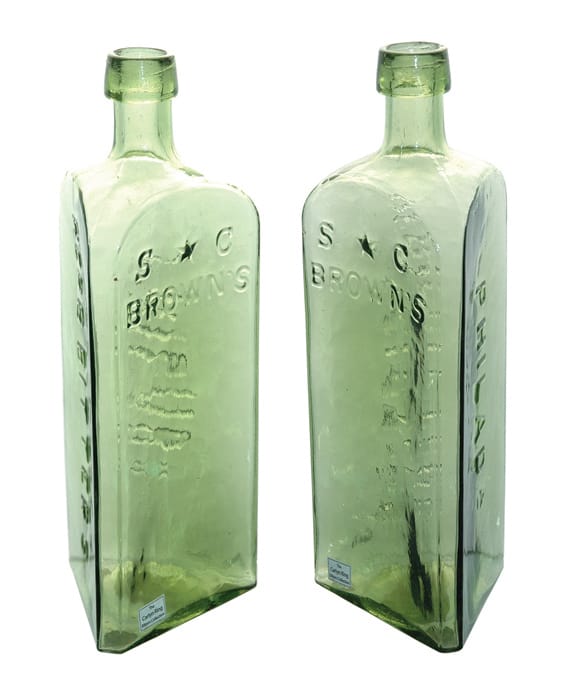 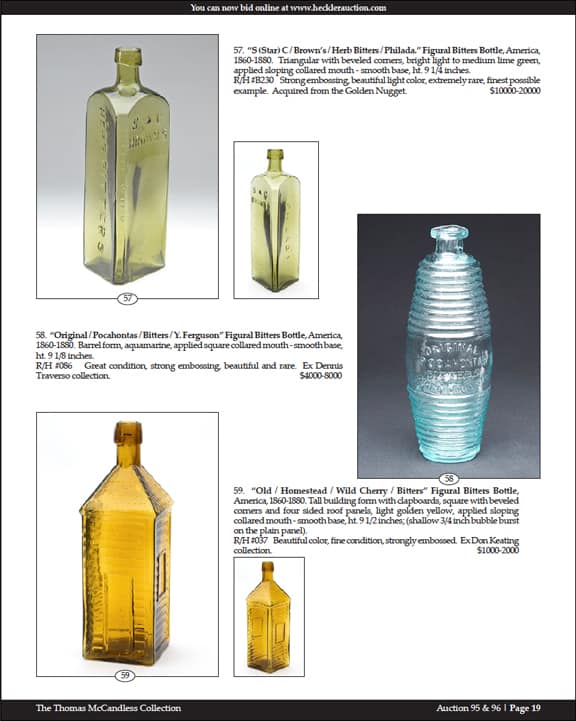 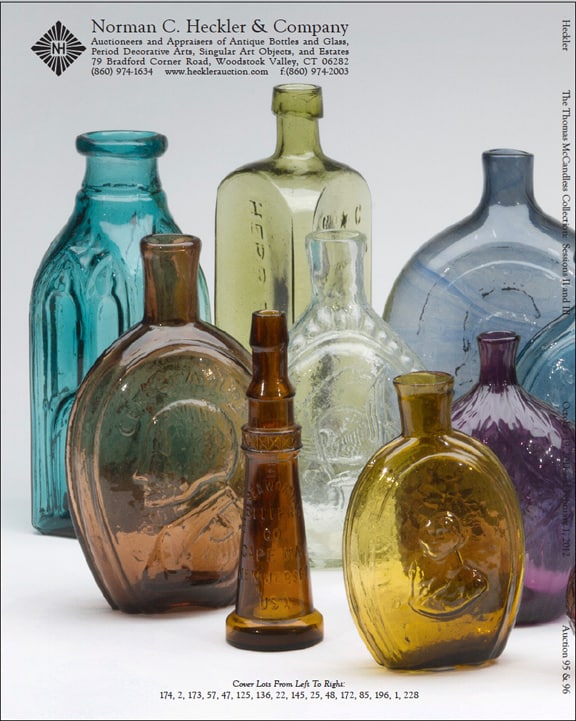 Ferdinand Meyer V is a native of Baltimore, Maryland and has a BFA in Fine Art and Graphic Design from the Kansas City Art Institute and School of Design. Ferdinand is the founding Principal of FMG Design, a nationally recognized design consultation firm. Ferdinand is a passionate collector of American historical glass specializing in bitters bottles, color runs and related classic figural bottles. He is married to Elizabeth Jane Meyer and lives in Houston, Texas with their daughter and three wonderful grandchildren. The Meyers are also very involved in Quarter Horses, antiques and early United States postage stamps. Ferdinand is the past 6-year President of the Federation of Historical Bottle Collectors and is one of the founding members of the FOHBC Virtual Museum.
View all posts by Ferdinand Meyer V →
This entry was posted in Auction News, Bitters, Collectors & Collections and tagged American Bottle Auctions, auction, Carlyn Ring, Grapentine, Heckler, McCandless, Meyer Collection, SC Brown's Herb Bitters. Bookmark the permalink.