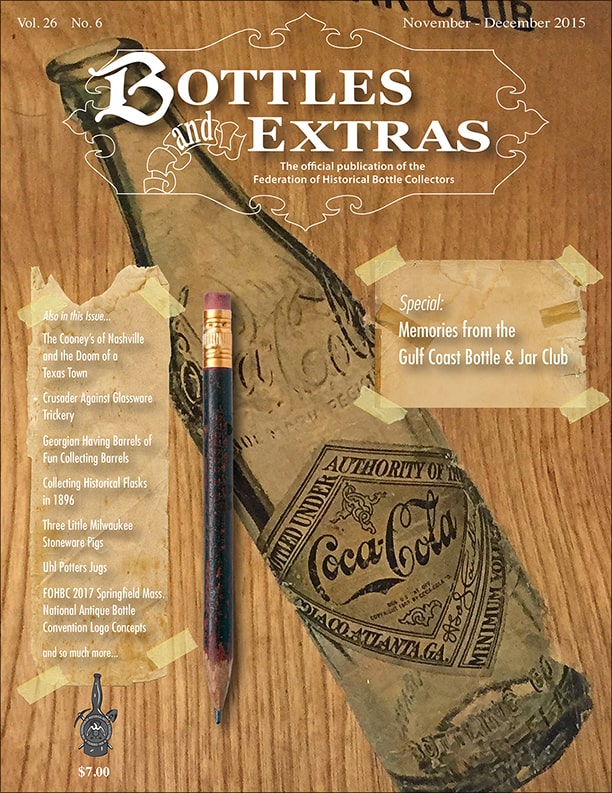 In the pretty city of Greenville S.C. the next few days. Cover design for the next issue of BOTTLES and EXTRAS went to the editor last week. 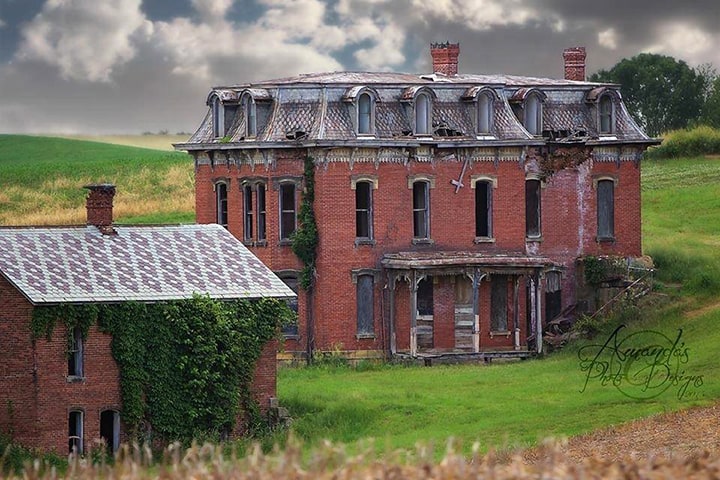 Ferd, this is near my home town of Lancaster, Ohio. Could there be a “Henry Weavers” in the privy? If only the old house could tell its story.  Gary (Beatty) 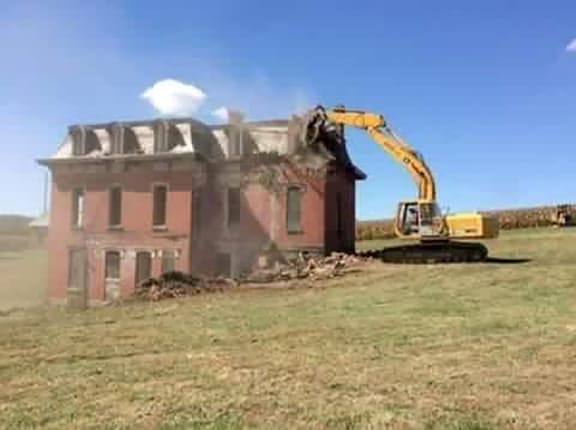 Updated the Bininger Gallery with this fine example of a Bininger Golden Apple. 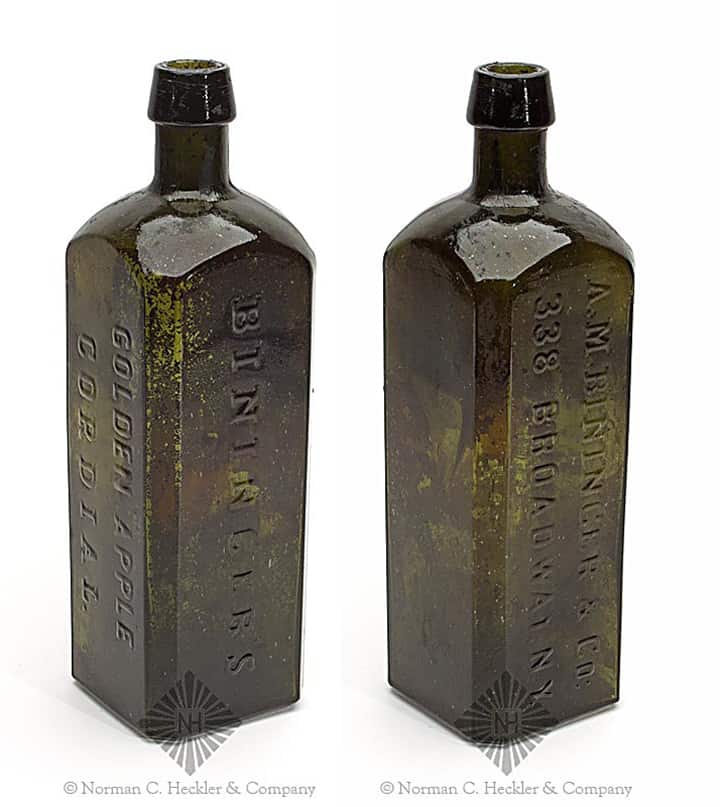 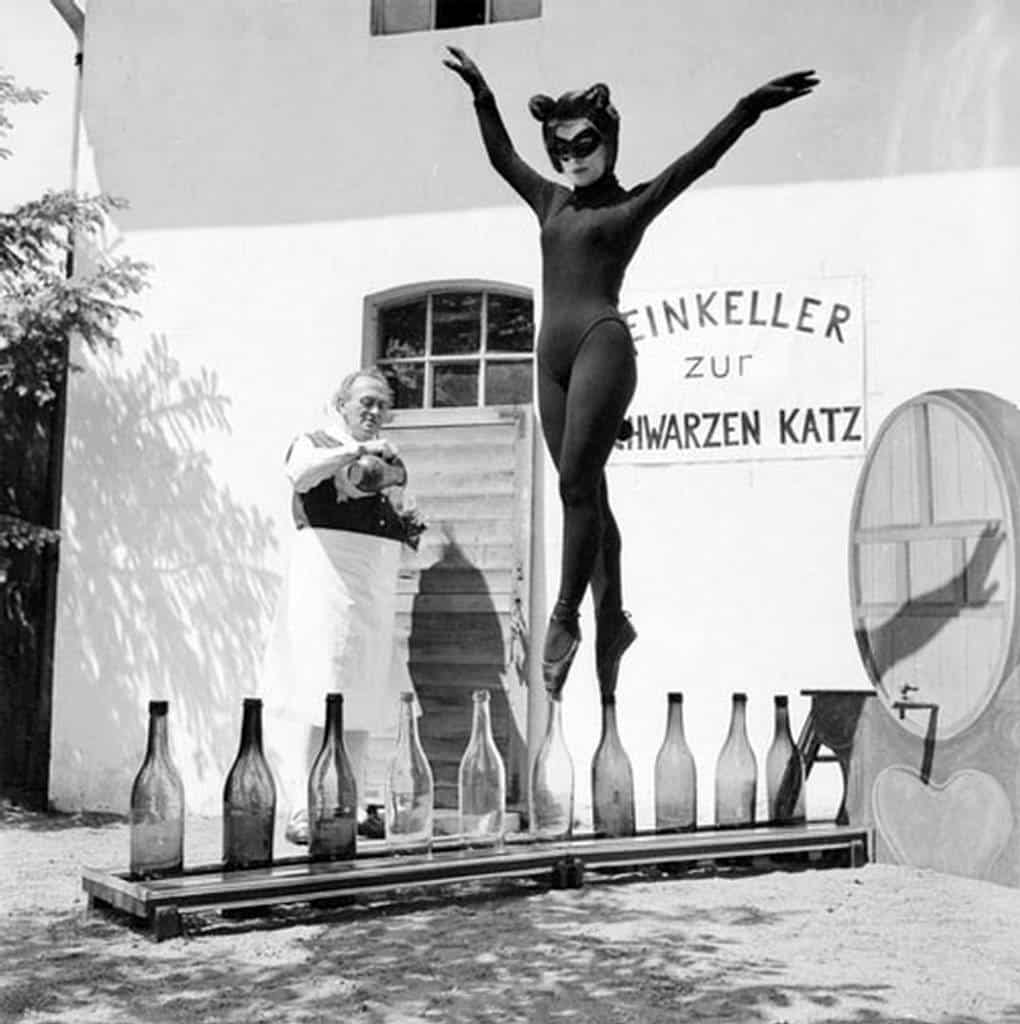 17 year old Bianca Passarge of Hamburg dresses up as a cat, complete with furry tail and dances on wine bottles. Her performance was based on a dream and she practiced for eight hours every day in order to perfect her dance. (1958)

Bee cool if these were IXL’s 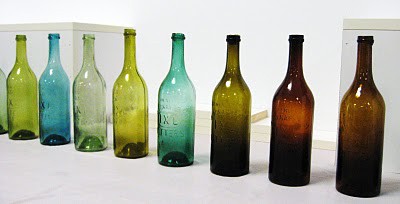 Hope everyone had a great Labor Day Weekend. Leaving for Sacramento Thursday morning. Full FOHBC 2016 Sacramento National Antique Bottle Convention & Expo team meeting Friday morning at the Lions Gate Hotel. Then Coco and I will head off to Downieville for the great bottle show event. 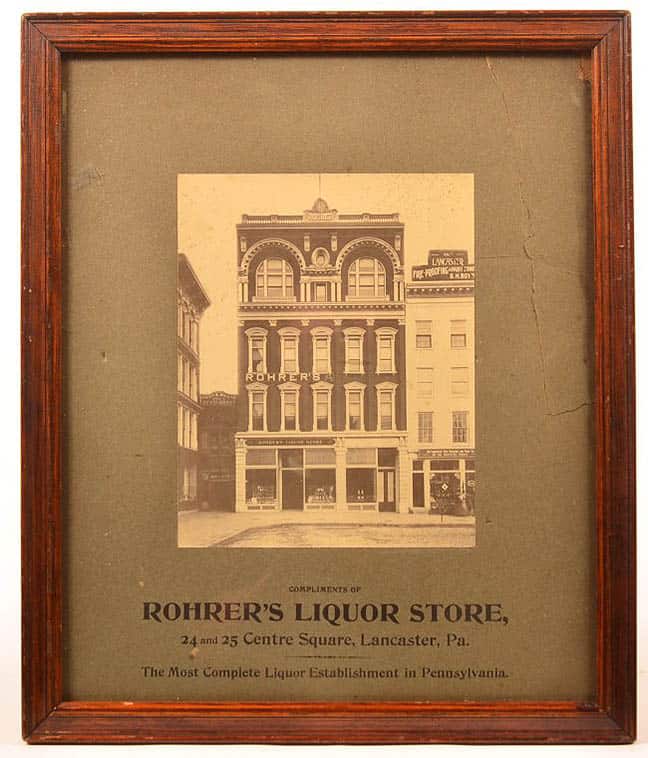 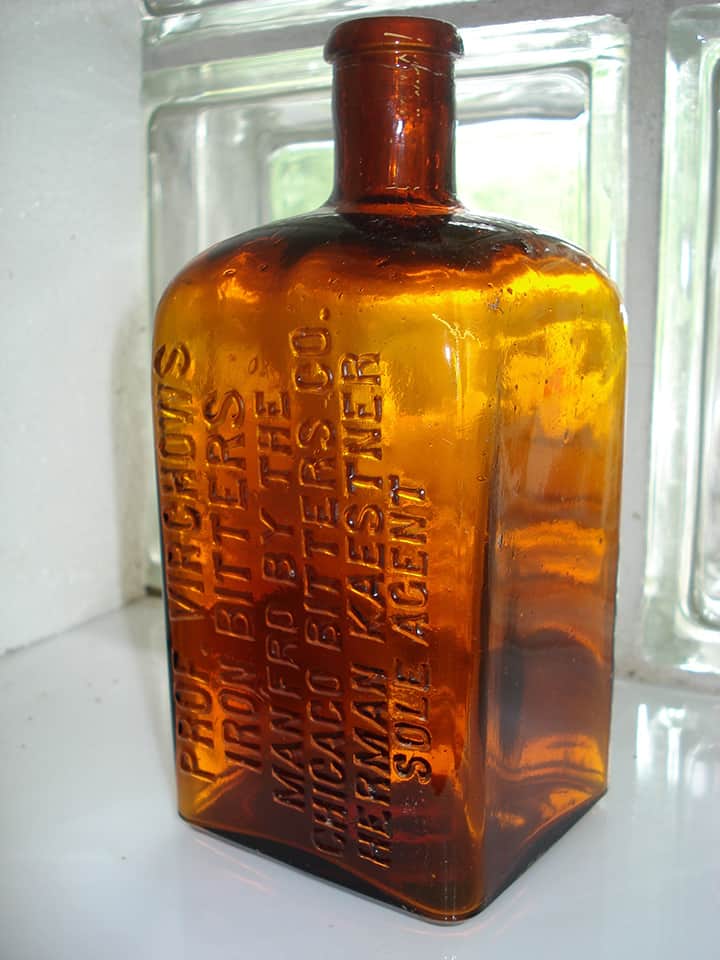 In from Jeff Burkhardt, aka Froggy…

Just picked up a PROF. VIRCHOW’S IRON BITTERS, a bitters that I’d never seen before. A quick search reveals that HERMAN KAESTNER was a pioneer tobacco merchant and possible saloon owner(609 Wells St.) in CHICAGO in late 1890’s.

The bottle, V-23 in the Ham/Ring listing is rated extremely rare and came from an old Wisconsin collection. Carlyn listed in her FOR BITTERS ONLY so she may have had one. This is what makes Bitters collecting so exciting- always a new/ex.-rare find around the corner! 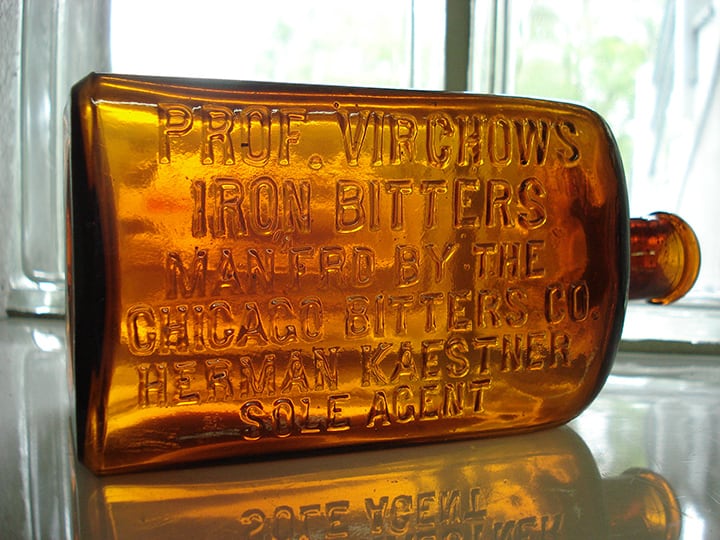 Up in Washington DC today for business. Looking forward to Sacramento and Downieville next week. Interesting color here on this Angostura Bitters…

Ferdinand, How’s that for a subject line? Should grab most people’s attention. Anyhow, I dug this little beauty a couple months ago but haven’t really been able to find anything out about it?  Do you have any idea what would be worth?  I’ve seen hundreds of greenish ones but never a deep Prussian blue one. Any ideas would be helpful.

Read: The Wizard of Oz and Angostura Bitters 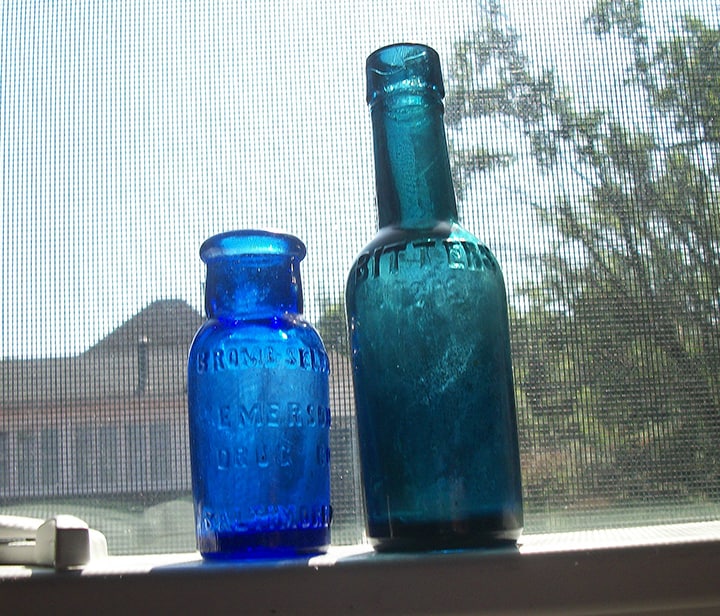 I wonder if it is related to the more well-known John Hart & Co. Canteen Bitters from Lancaster, Penn? 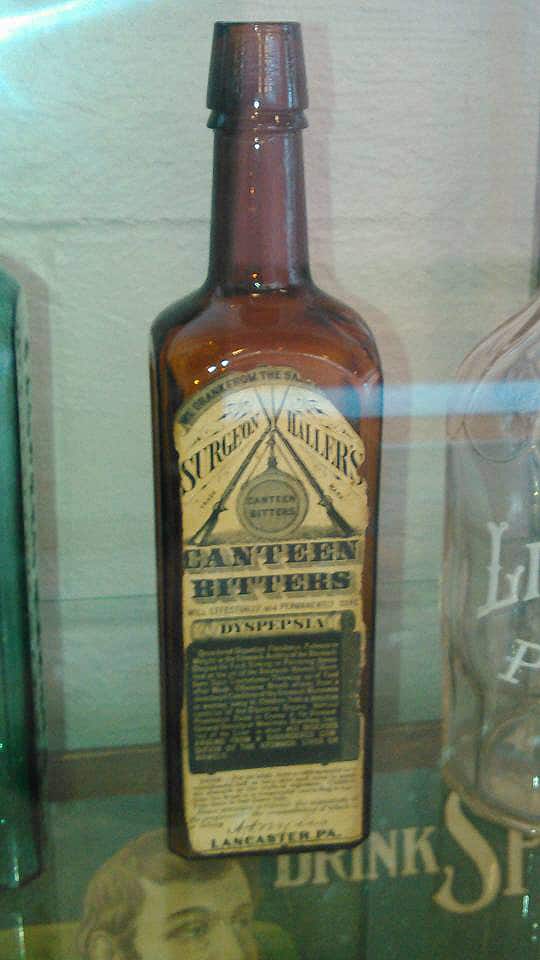 Ferdinand Meyer V is a native of Baltimore, Maryland and has a BFA in Fine Art and Graphic Design from the Kansas City Art Institute and School of Design. Ferdinand is the founding Principal of FMG Design, a nationally recognized design consultation firm. Ferdinand is a passionate collector of American historical glass specializing in bitters bottles, color runs and related classic figural bottles. He is married to Elizabeth Jane Meyer and lives in Houston, Texas with their daughter and three wonderful grandchildren. The Meyers are also very involved in Quarter Horses, antiques and early United States postage stamps. Ferdinand is the past 6-year President of the Federation of Historical Bottle Collectors and is one of the founding members of the FOHBC Virtual Museum.
View all posts by Ferdinand Meyer V →
This entry was posted in Bitters, Daily Dose, News and tagged 2015, Daily, Dose, September. Bookmark the permalink.