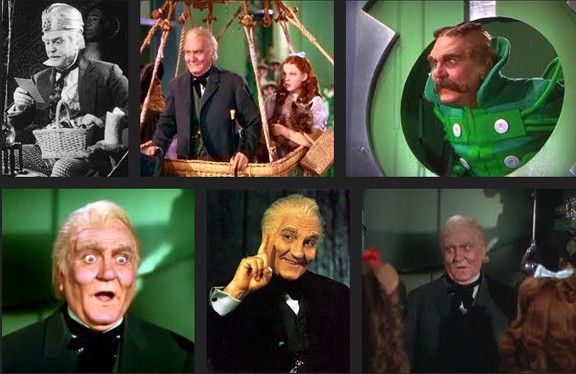 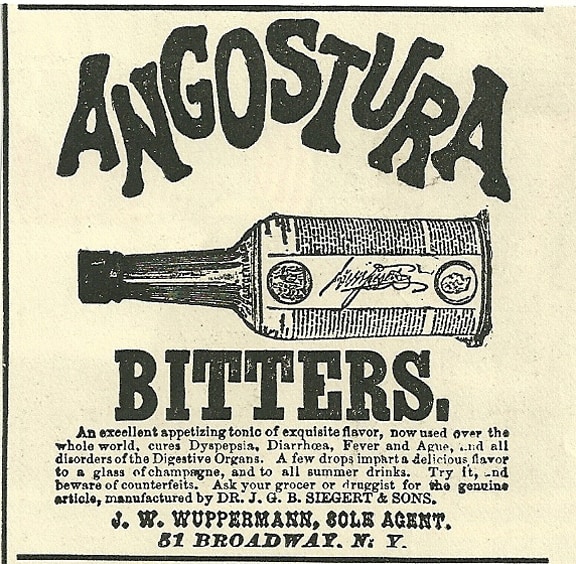 His mother was born in the U.S. of English descent. The family earned its wealth distributing Angostura Bitters, permitting Frank to attend Cornell University where he joined Phi Kappa Psi Fraternity.

Two things I didn’t know…until last night. Frank Morgan (born Wuppermann) from The Wizard of Oz, played five parts in the movie. I suppose I just thought it was two parts, the black & white medicine man, and of course, the wizard. I also did not know that the Morgan aka Wuppermann family earned its wealth distributing Angostura Bitters which is a concentrated bitters made of water, 44.7% alcohol, herbs and spices. The recipe was developed as a tonic by German Dr. Johann Gottlieb Benjamin Siegert, a Surgeon General in Simon Bolivar’s army in Venezuela, who began to sell it in 1824 and established a distillery for the purpose in 1830. Siegert was based in the town of Angostura, now Ciudad Bolívar, and used locally available ingredients, perhaps aided by botanical knowledge of the local Amerindians. 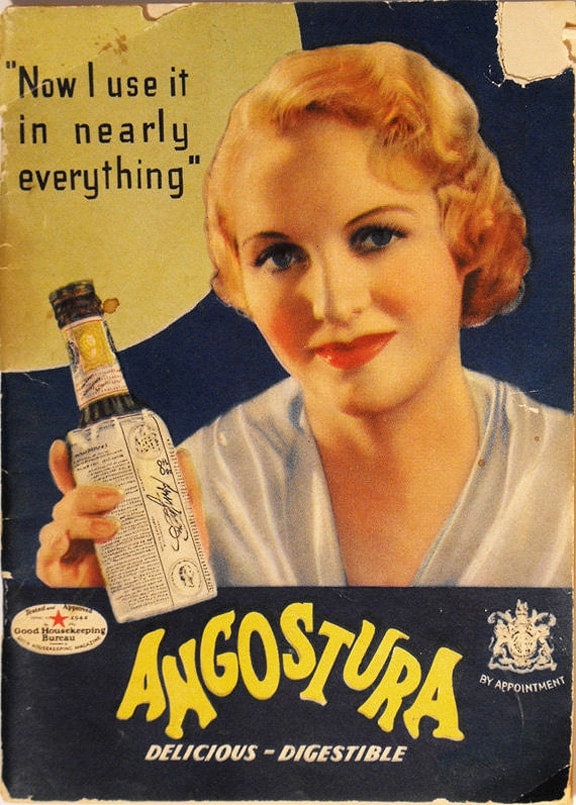 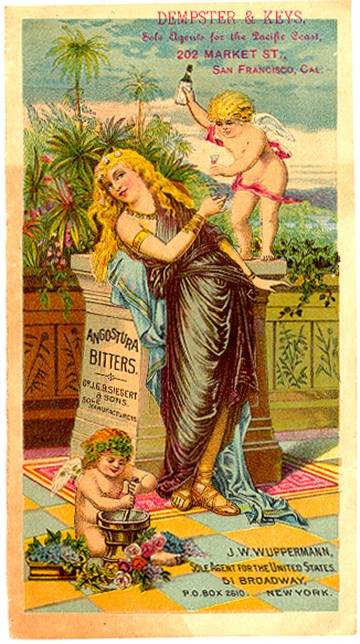 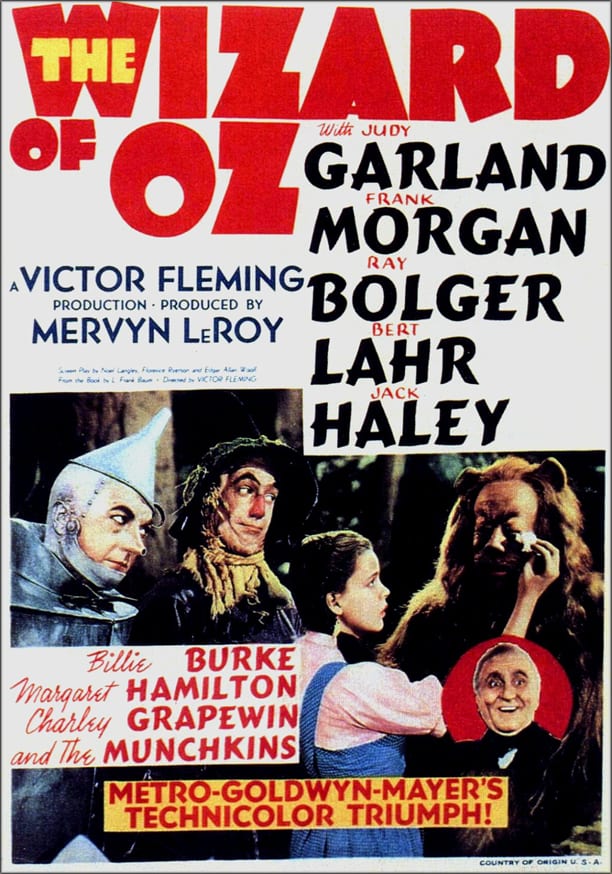 Morgan was born Francis Phillip Wuppermann in New York City, the youngest of eleven children (six boys and five girls) born to Josephine Wright (née Hancox) and George Diogracia Wuppermann. His father was born in Venezuela, of German and Spanish descent, and was raised in Hamburg, Germany. His mother was born in the U.S. of English descent. The family earned its wealth distributing Angostura Bitters, permitting Frank to attend Cornell University where he joined Phi Kappa Psi Fraternity. He then followed his older brother Ralph Morgan into show business, first on the Broadway stage and then into motion pictures. 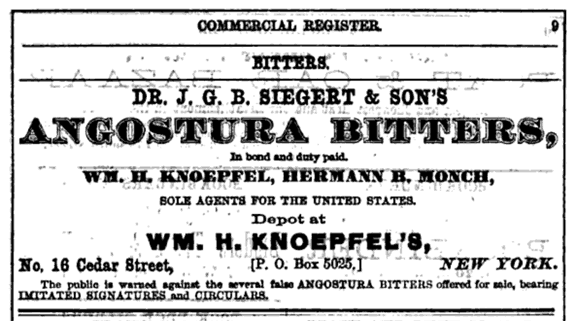 According to Ginger Ale authority Ken Previtali, there’s another piece to the Wuppermann story. During prohibition, they distributed ginger ale under the Angostura name. Note the “Fragrance of the Tropics” neck label (see image below) which could have been implying that the South American botanicals used in the alcoholic bitters recipe were part of the ginger ale flavor. How much of the bitters flavoring was actually used in the ginger ale is left to our imagination. The copyright date on the label is 1929. 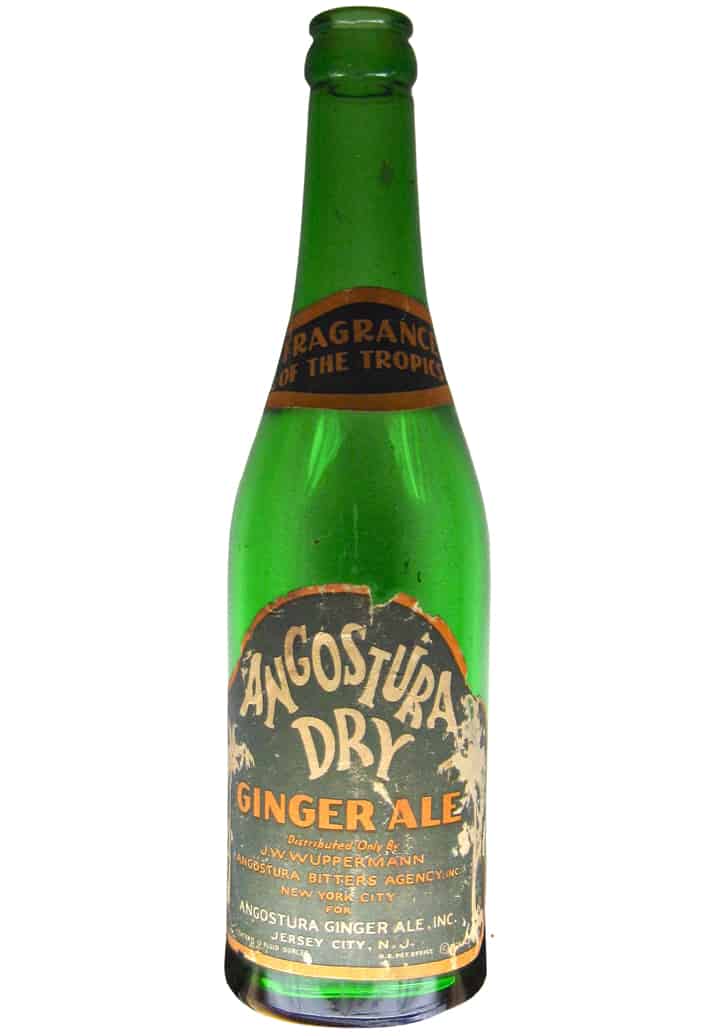 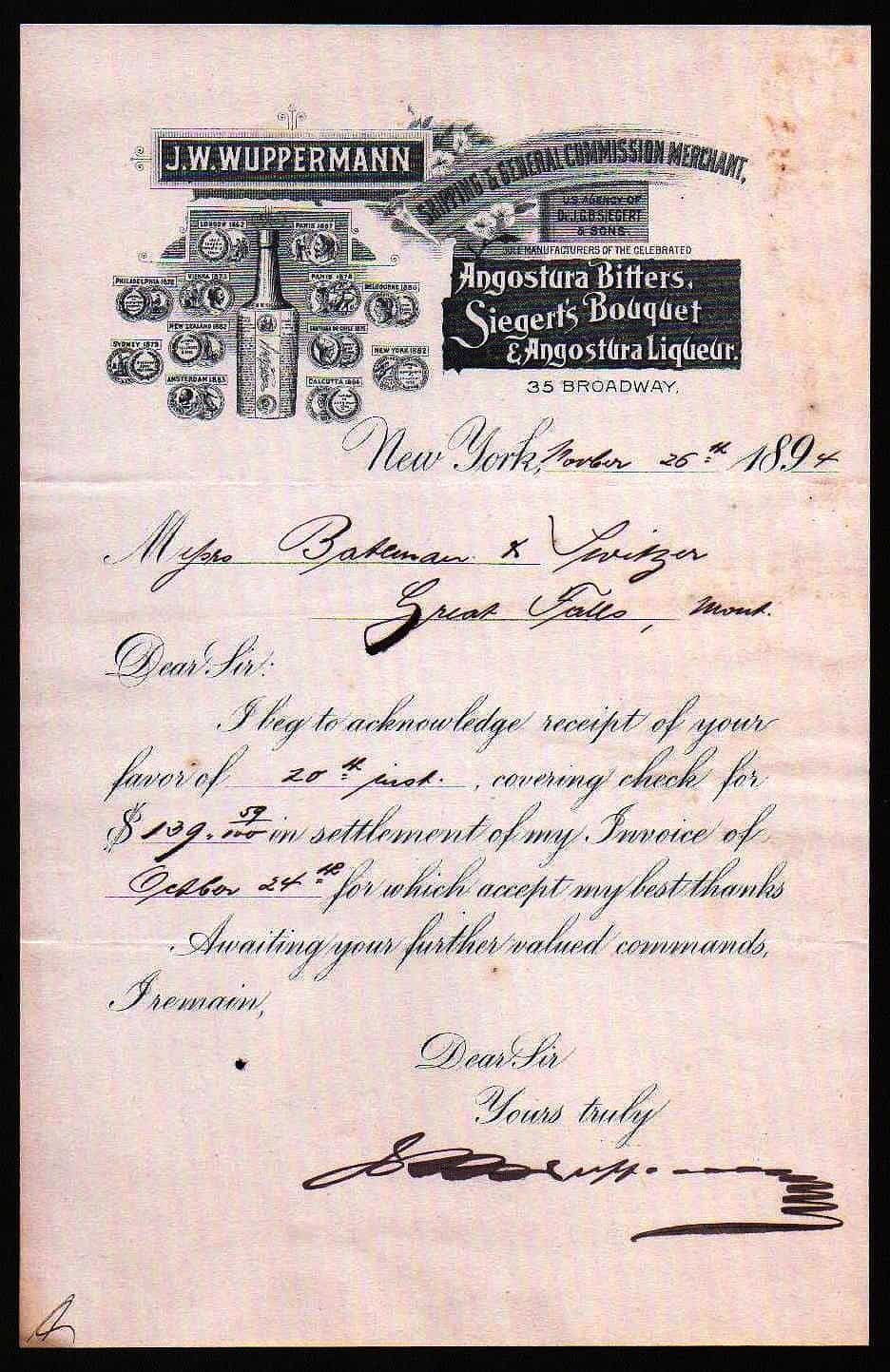 Ferdinand Meyer V is a native of Baltimore, Maryland and has a BFA in Fine Art and Graphic Design from the Kansas City Art Institute and School of Design. Ferdinand is the founding Principal of FMG Design, a nationally recognized design consultation firm. Ferdinand is a passionate collector of American historical glass specializing in bitters bottles, color runs and related classic figural bottles. He is married to Elizabeth Jane Meyer and lives in Houston, Texas with their daughter and three wonderful grandchildren. The Meyers are also very involved in Quarter Horses, antiques and early United States postage stamps. Ferdinand is the past 6-year President of the Federation of Historical Bottle Collectors and is one of the founding members of the FOHBC Virtual Museum.
View all posts by Ferdinand Meyer V →
This entry was posted in Advertising, Bitters, Ginger Ale, History, Humor - Lighter Side, Medicines & Cures and tagged Angostura, bitters, Ciudad Bolívar, Frank Morgan, German, Ginger Ale, Johann Gottlieb Benjamin Siegert, Ken Previtali, Venezuela, Wizard of Oz, Wuppermann. Bookmark the permalink.