The Lash’s Gentleman in a Hat

The Lash’s Gentleman in a Hat

Here is an interesting e-mail I received yesterday about Lash’s Bitters. This seems like a question for bitters trade card authority Joe Gourd. Is there a gentleman in a hat? 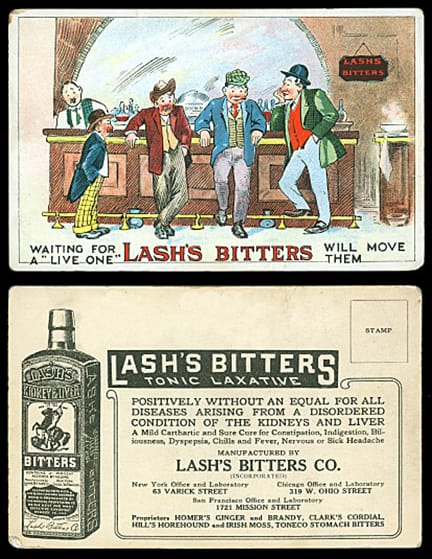 First off, great write-up on the Lash Bitters Company. I am wondering if you might be able to help me and a few friends out with a project we are working on. Back in 1909-1911, the American Lithographic Company (ALC) printed a massive series of baseball cards for the American Tobacco Company (ATC). This set was widely circulated as a promotional giveaway with one/two cards inserted in 18 different ATC brands. The set is known as the T206 White Border series and is still today widely collected, in fact the most expensive card in the world (T206 Honus Wagner) is from this set. 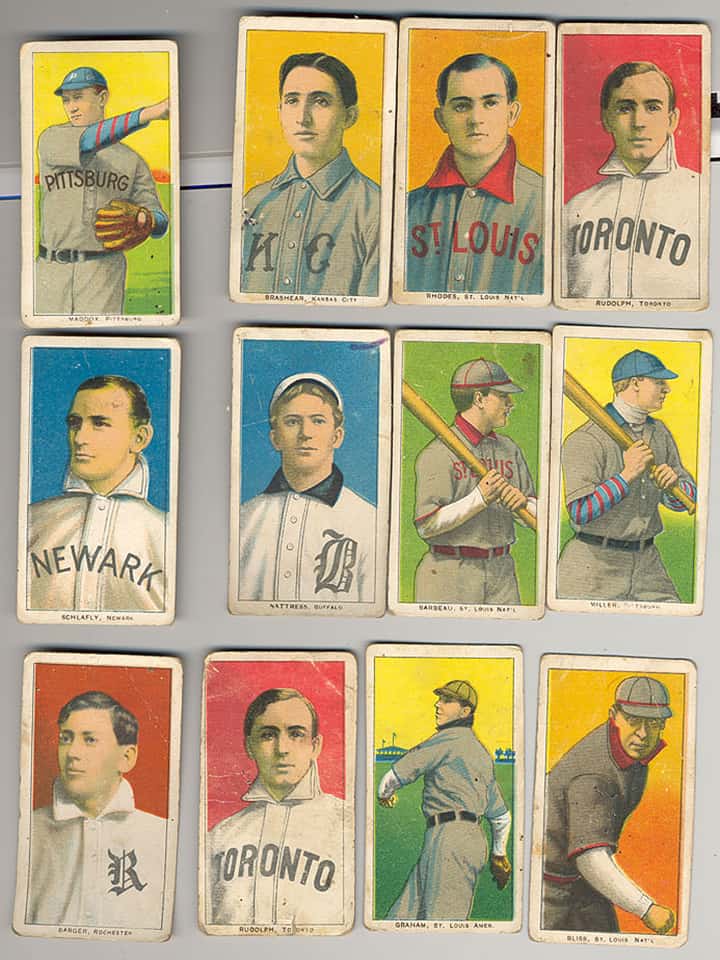 Why am I interested in the Lash Bitters? A collector found 12 of these T206 cards that appeared to be from an original test sheet used at the ALC factory. The cards are all hand cut and are missing a few layers of ink and oddly have several unfinished Lash Bitter’s post card fronts and backs printed on them. We are thinking this unfinished T206 sheet was used to test the printing of the Lash Bitters post cards. So far we have found the back Lash image used and one of the front but there appears to be a second front printed on the backs of the T206 cards.

Below are scans of the cards found, the front/back Lash Bitters ad and the mysterious missing front. I realize it is a long shot but have you seen anything from Lash that has a gentleman in a hat as shown and a large red “LASH BITTERS” logo? 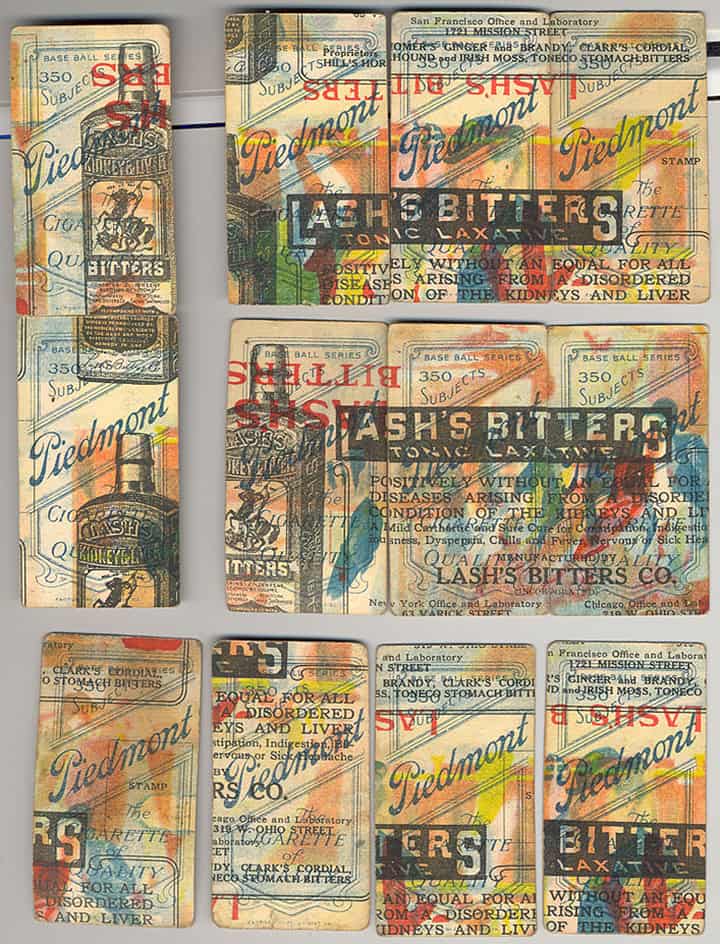 Ferd, We’re talking Baseball, Mom and Apple Pie! I recognize the mystery image. It is another version of the post card used in your post. It too is entitled “Waiting for a live one”. 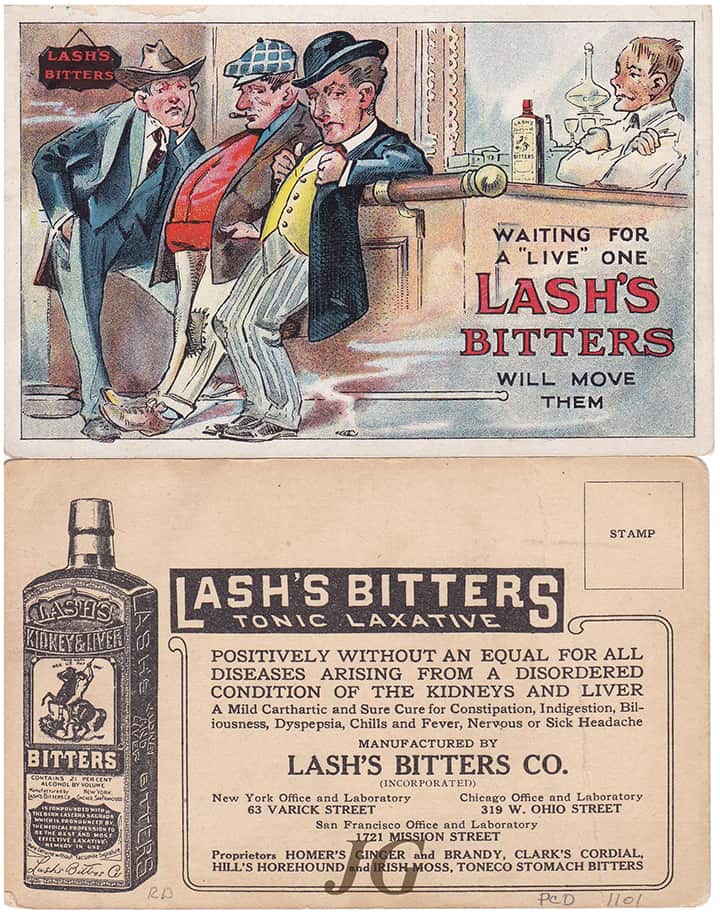 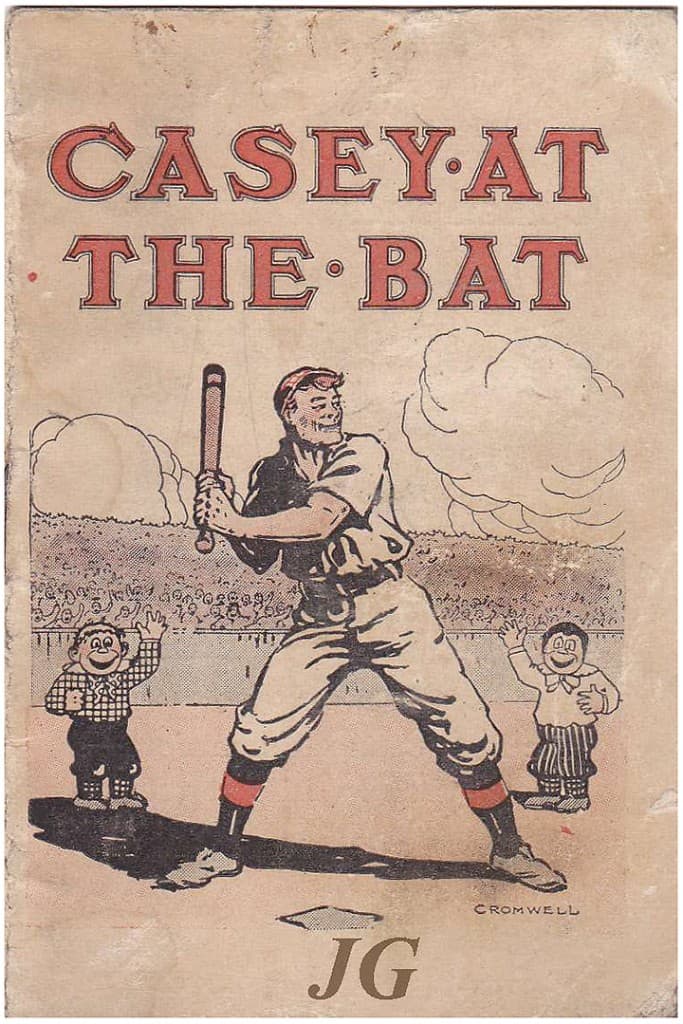 Since we are on the subject of baseball and Lash’s, here’s another Lash’s advertising item. It is a booklet illustrating the well known poem “Casey at the Bat” (see below). Also, I have a number of trade cards with baseball as their theme, Your writer probably has seen them too. Mystery solved……..Joe 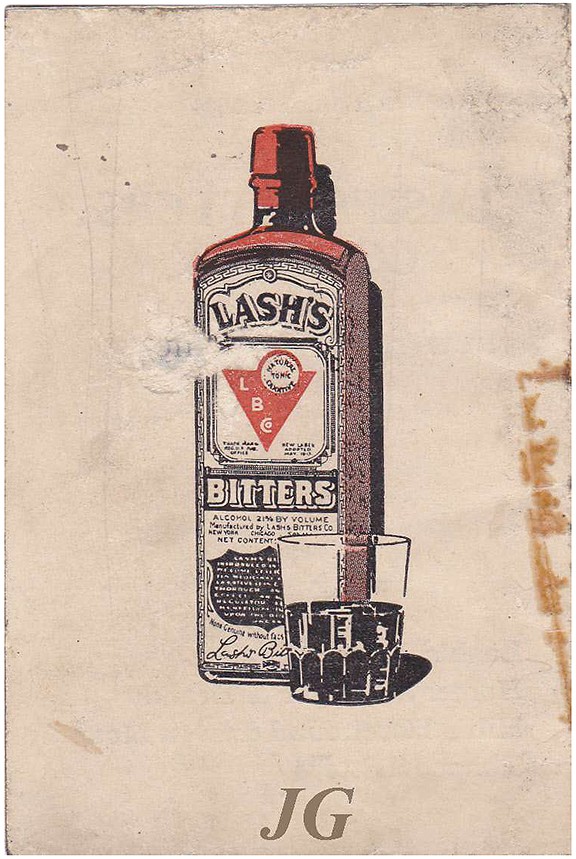 Ferdinand Meyer V is a native of Baltimore, Maryland and has a BFA in Fine Art and Graphic Design from the Kansas City Art Institute and School of Design. Ferdinand is the founding Principal of FMG Design, a nationally recognized design consultation firm. Ferdinand is a passionate collector of American historical glass specializing in bitters bottles, color runs and related classic figural bottles. He is married to Elizabeth Jane Meyer and lives in Houston, Texas with their daughter and three wonderful grandchildren. The Meyers are also very involved in Quarter Horses, antiques and early United States postage stamps. Ferdinand is the past 6-year President of the Federation of Historical Bottle Collectors and is one of the founding members of the FOHBC Virtual Museum.
View all posts by Ferdinand Meyer V →
This entry was posted in Advertising, Bitters, Ephemera, History, Mailbox Letters, Questions, Tobacco, Trade Cards and tagged advertising, american, Baseball, bat, bitters, card, cards, Casey, ephemera, error, Gourd, Hat, Honus, Ink, Lash's, Lithographic, misprint, sheet, tobacco, trade, Wagner. Bookmark the permalink.