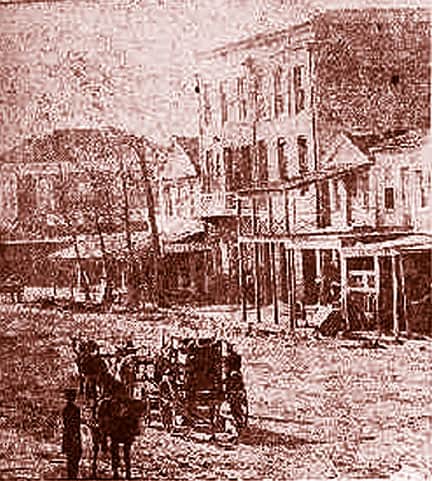 Yesterday I started a series about ‘looking in my own back yard’ for Texas history relating to the bottles we collect. You see, I live in Houston, aka “Bayou City”. Read: Allen’s Landing – Houston (not everything is new here) – Part I I know I am not going to discover a Houston Glass Works or rows of  houses and privies from the late 18th or early to mid 19th century but I want to see what is, in reality, under my feet. I mean, somewhere here downtown, there had to have been recycling plants, warehouses and dumps for the medicine and liquor that was available to the early Houston settlers, railroad workers, cotton exporters and wheelers and dealers. Houston is now a city on an old city. Everything, just about, has been covered up. 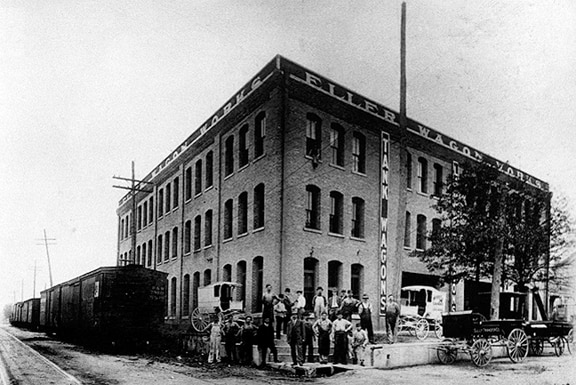 I have lived and worked downtown since 1983 and know quite a bit about how to navigate the complex roadways, pathways, railroad right-of-ways and bayou paths. That is the great thing about being a runner (actually jogger as I get older) and a dog walker. We have eight dogs here at our office on the corner of Crawford and Commerce Streets. The building pictured above is a historical photograph of the Eller Wagon Works Building where we have about 5,000 sq ft of studio space on the dock level, first floor. My space is the three windows on each side of the corner behind the workers. Read more about FMG.

Last year I did a post on St. Nicholas Stomach Bitters and was surprised to find out that cases of the stuff were, at some much earlier time, sitting close to my office. Probably off-loaded right at Allen’s Landing. This led me today to look at what else was being pushed and sold in early Houston. That is the topic of today’s post. 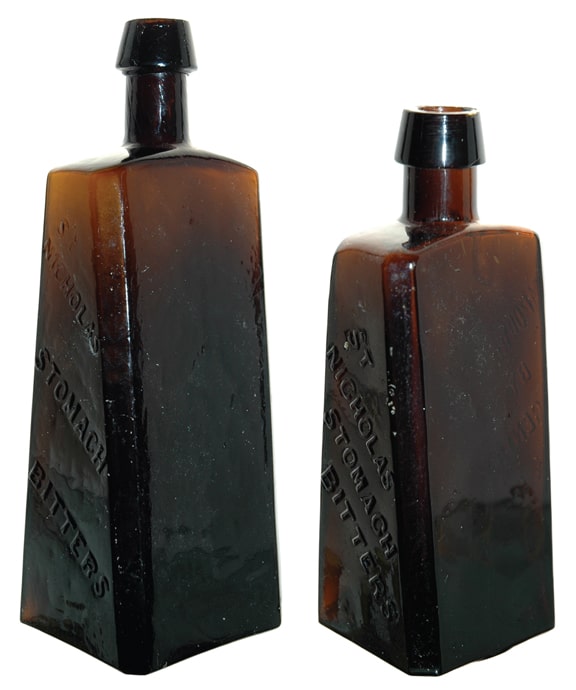 The large and small size of the pontiled ST. NICHOLAS STOMACH BITTERS (These bitters were being sold in Houston) – Meyer Colection 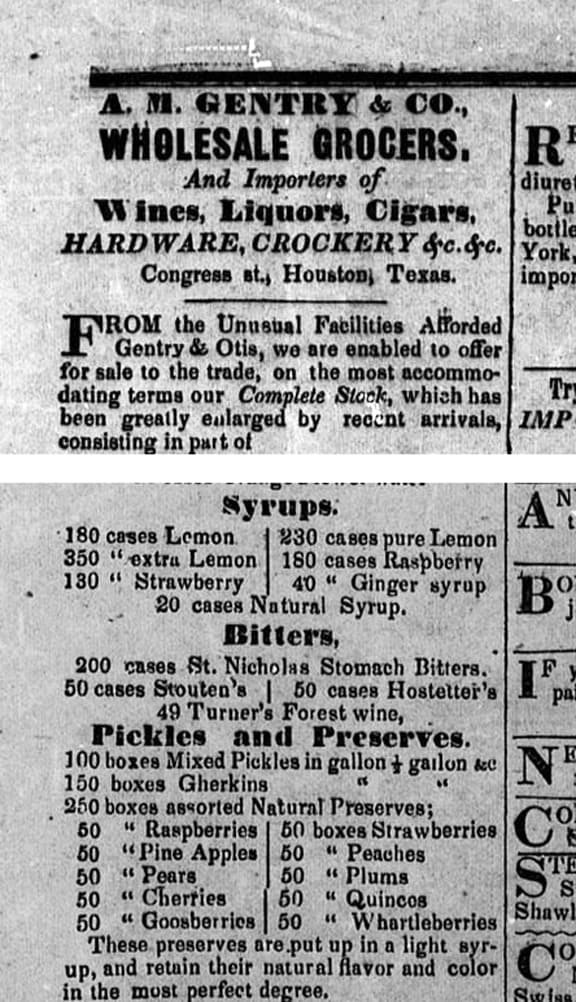 Here is an advertisement from the Southern Democrat. (Waco, Texas), Vol. 1, No. 39, Ed. 1 Thursday, November 18, 1858. Wow…200 cases of ST. NICHOLAS STOMACH BITTERS and 50 cases of HOSTETTER’S STOMACH BITTERS sitting blocks from where I am sitting now.

the issue for April 14 was being readied when publication was again interrupted by the Mexicans, who captured the printers and threw the press into Buffalo Bayou.

The Telegraph and Texas Register, later variously known as the weekly, tri-weekly, or daily Telegraph, was the first newspaper in Texas to achieve a degree of permanence. The paper was begun on October 10, 1835, at San Felipe de Austin by Gail Borden, Jr., Thomas H. Borden, and Joseph Baker. It became the official organ of the Republic of Texas, which was organized a few months later. By December 14 the paper claimed a circulation of 500. The advance of Antonio López de Santa Anna’s force compelled the publishers to retire after issuing their paper on March 24, 1836. On April 5 Baker withdrew from the firm to join the army. The press was removed to Harrisburg, and the issue for April 14 was being readied when publication was again interrupted by the Mexicans, who captured the printers and threw the press into Buffalo Bayou. Texas State Historical Association 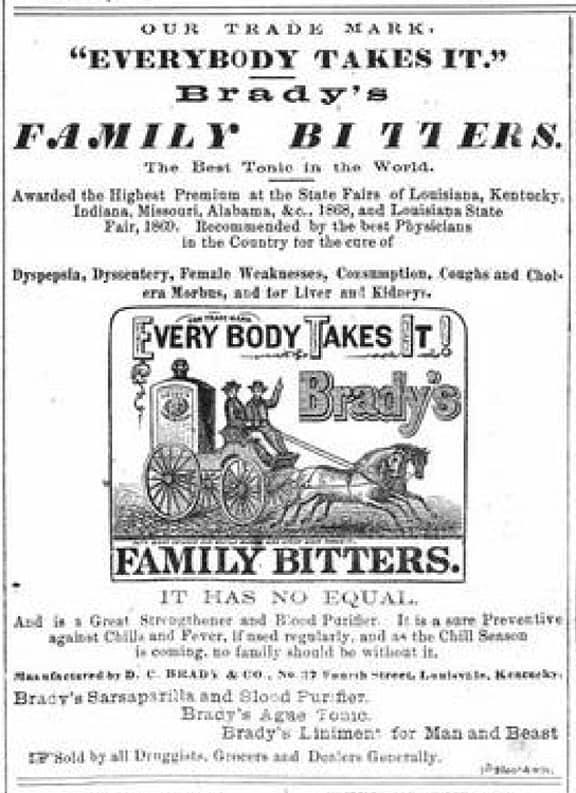 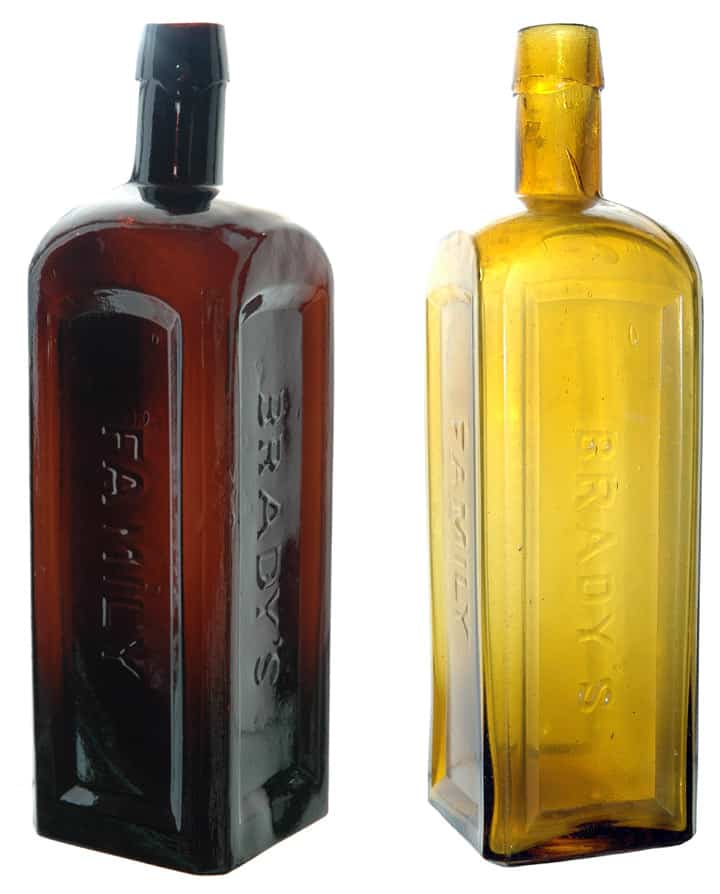 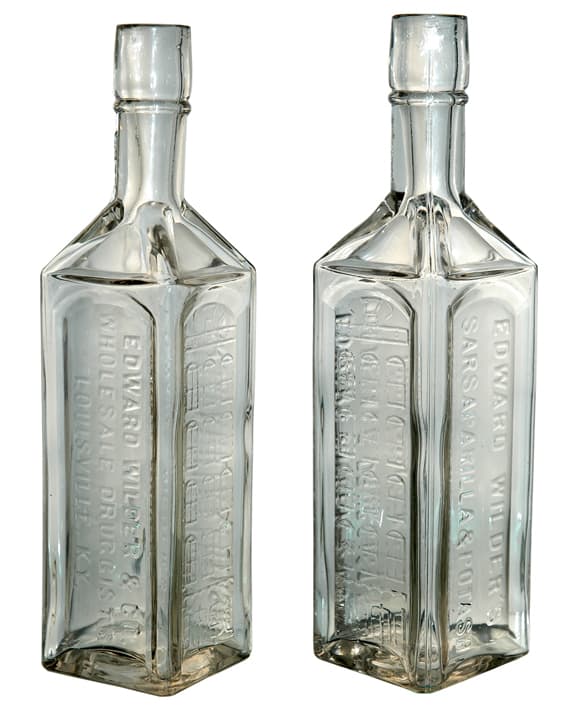 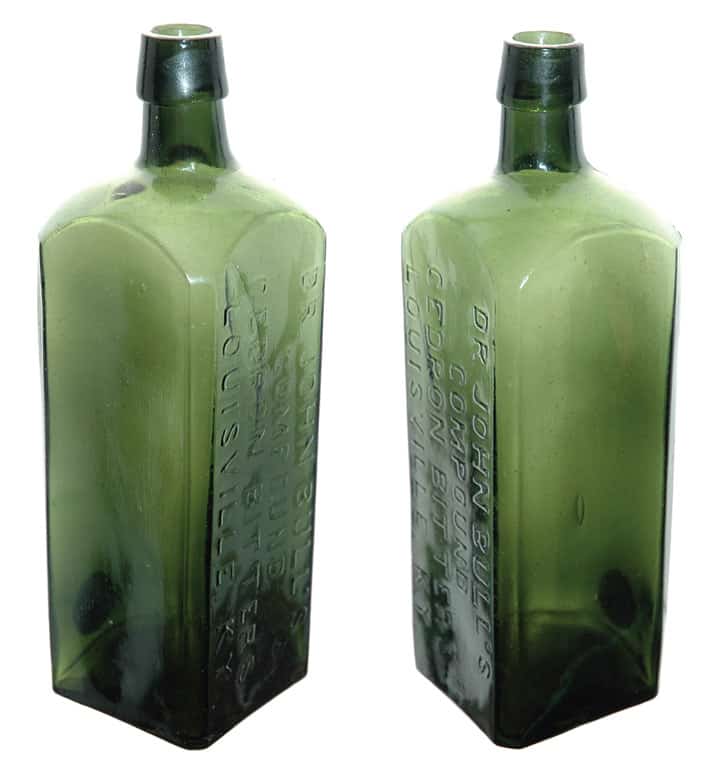 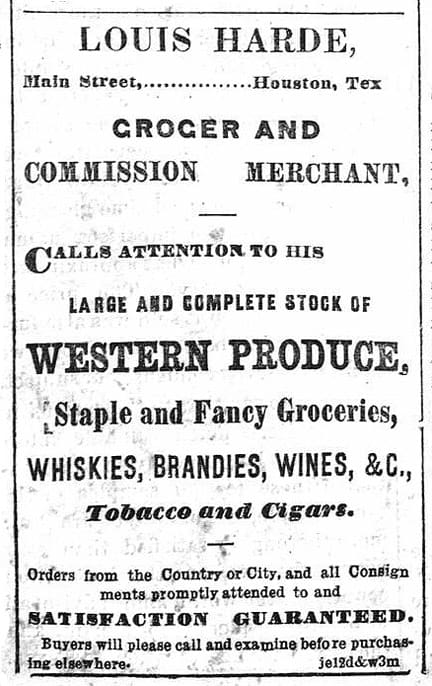 Barbaroux & Co bridge builder advertisement. Interesting ad placement in Houston with all of the train bridges over the bayous and rivers. – The Houston Telegraph, Thursday, July 8, 18 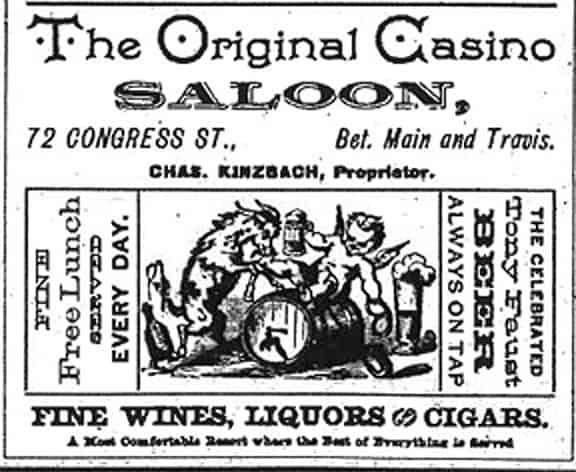 Advertisement for The Original Casino Saloon 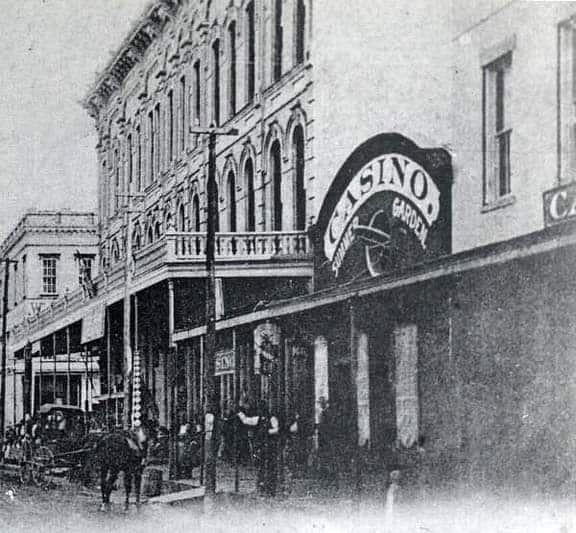 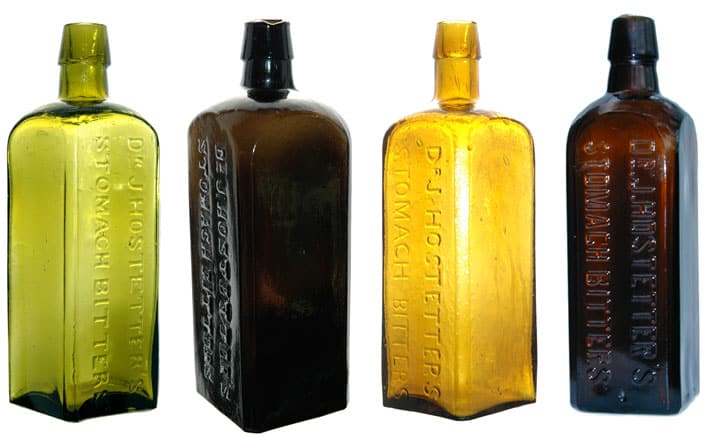 As I suspected. This simple exercise tells me that this town was loaded with medicine, bitters and alcohol. I just need to dig deeper. Who knows, maybe some of my Wilder, Hostetter or John Bull bottles were once in Houston! Next in Part III we will deal with clues and paths.

Texas Window – Some Random Thoughts on a Gray Day

Ferdinand Meyer V is a native of Baltimore, Maryland and has a BFA in Fine Art and Graphic Design from the Kansas City Art Institute and School of Design. Ferdinand is the founding Principal of FMG Design, a nationally recognized design consultation firm. Ferdinand is a passionate collector of American historical glass specializing in bitters bottles, color runs and related classic figural bottles. He is married to Elizabeth Jane Meyer and lives in Houston, Texas with their daughter and three wonderful grandchildren. The Meyers are also very involved in Quarter Horses, antiques and early United States postage stamps. Ferdinand is the past 6-year President of the Federation of Historical Bottle Collectors and is one of the founding members of the FOHBC Virtual Museum.
View all posts by Ferdinand Meyer V →
This entry was posted in Bitters, Digging and Finding, History, Medicines & Cures, Questions and tagged Antonio López de Santa Anna's, Bayou City, Buffalo Bayou, Casino Saloon, Commerce Street, Dr. John Bull, Edward Wilder, Eller Wagon Works, Houston, Republic of Texas, telegraph, texas, Texas Register, W. H. Eliot. Bookmark the permalink.