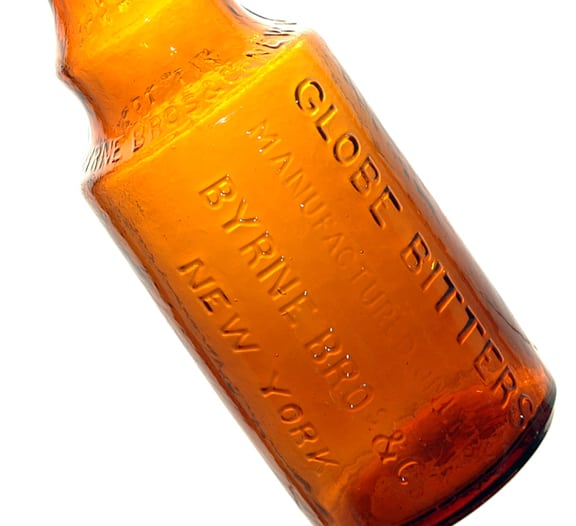 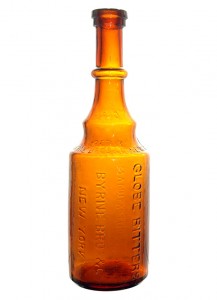 The next bottle in the ‘transitional’ Figural Cannon Barrel Series is the Globe Bitters and is grouped and displayed in my collection with my other ‘Barrel’ forms such as the Warsaw Bitters, Brown’s Castlian, Castilian Bitters and Sol Frank’s Panacea Bitters.

Carlyn Ring and W.C. Ham in Bitters Bottles say ‘Bell’ as far as the bottle form (see R/H listing below). When I purchased the bottle from a previous Heckler auction the description read ‘Modified lighthouse form’. As I have said in previous posts, I group this type of figural bottle and think of it as a ‘transitional cannon barrel’ though I can not support this with documentary advertising, a patent drawing or label.

I really like this bottle because of the typography and how it is applied to the bottle form. Notice the circular typography on the canted shoulder between the cylinder and the formed neck. The applied lip is also spectacular. I have provided a few pictures below of my run of these bottle forms and my example of the Globe Bitters. 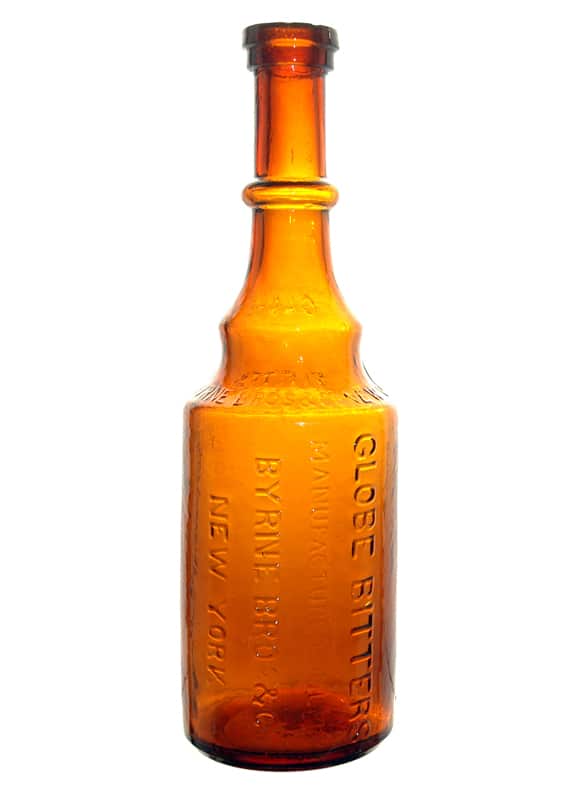 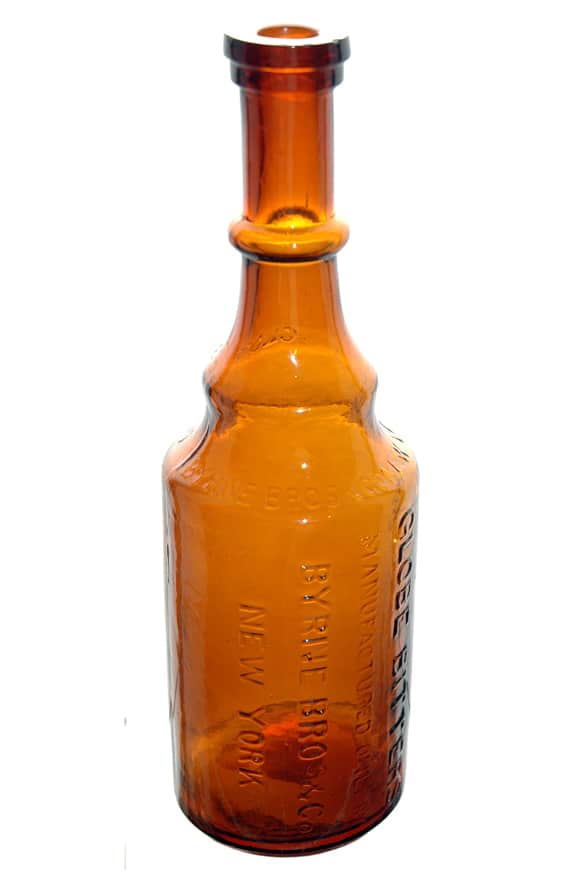 Ferdinand Meyer V is a native of Baltimore, Maryland and has a BFA in Fine Art and Graphic Design from the Kansas City Art Institute and School of Design. Ferdinand is the founding Principal of FMG Design, a nationally recognized design consultation firm. Ferdinand is a passionate collector of American historical glass specializing in bitters bottles, color runs and related classic figural bottles. He is married to Elizabeth Jane Meyer and lives in Houston, Texas with their daughter and three wonderful grandchildren. The Meyers are also very involved in Quarter Horses, antiques and early United States postage stamps. Ferdinand is the past 6-year President of the Federation of Historical Bottle Collectors and is one of the founding members of the FOHBC Virtual Museum.
View all posts by Ferdinand Meyer V →
This entry was posted in Bitters, Collectors & Collections, Figural Bottles and tagged Barrel, bell, Byrne Brothers, Cannon, Figural, Globe Bitters, Lighthouse, Meyer Collection, New York. Bookmark the permalink.