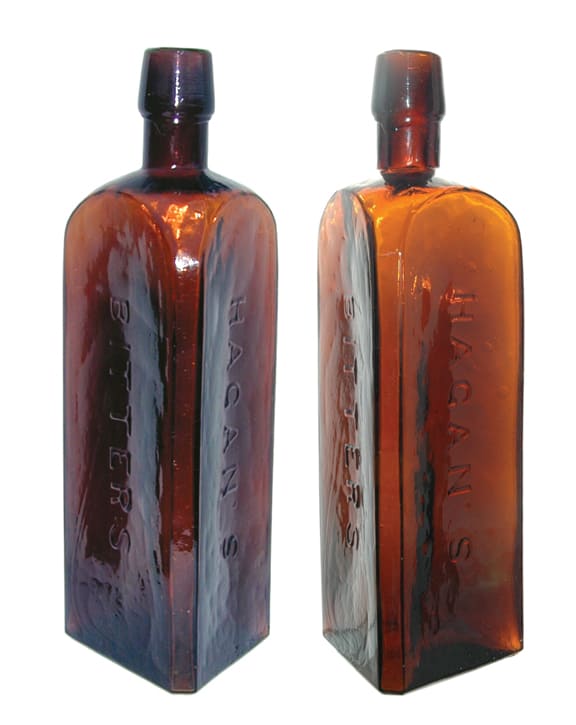 My second post for triangular bitters bottles (see first post: The Triangular O.H.P. Rose’s Peruvian King Bitters) leads me south from Rhode Island (home of the OHP Rose’s Bitters) to Philadelphia and then further southeast to Atlantic City for Hagan’s Bitters. The bottle address on their letterhead and label reminds me of one of my favorite HBO series, Boardwalk Empire which occurs during the prohibition era in Atlantic City. Hagan’s Bitters was actually produced much earlier in Philadelphia by John Hagan. 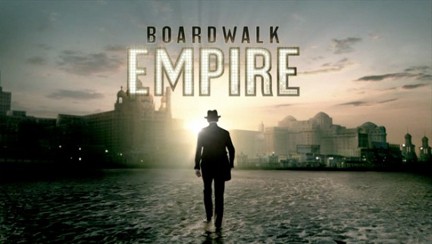 What is really interesting is that John Hagan, the proprietor of Hagan’s Bitters, chose the triangular form for marketing purposes to stand out from all of the other square form bitters bottles. Even his trademark artwork (pictured below) celebrates the triangle geometric shape. Look at the triangle within a triangle typography treatment and at the triangle in the curtain shape, at the bottom of the angels gown and the shadow on the rug! Maybe I’m seeing too much but I doubt it. Some early subliminal advertising? 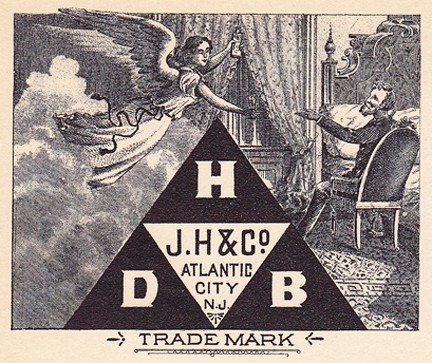 Actually, the use of an angel offering a bottle of Hagan’s Bitters to a presumed Civil War soldier seems very similar to advertising art from Buhrer’s Gentian Bitters (below). 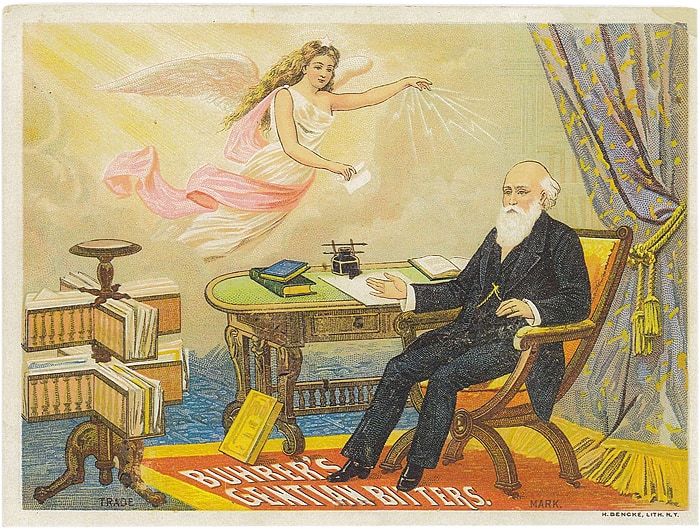 The brand actually has two lives as from 1861 to 1868 we see John Hagan advertising his Hagan’s Aromatic Bitters from 30 Strawberry Street in Philadelphia (see below). He called it “The Best Stomach Bitters in the World.”

Civil War Token: Side A: When You Want a Drink Call For Hagan’s Aromatic Bitters, Side B: The Best Stomach Bitters in the World, Prepared Only at 30 Strawberry, Philada [circa 1859-1868]

He dissappears after that and his letterhead and labeled bitters bottle mysteriously appear from Atlantic City, New Jersey 30 or years later. Note that the letterhead is predated from 1900 to 1909 and says established in 1859. Back then Hagan was selling bitters and segars. 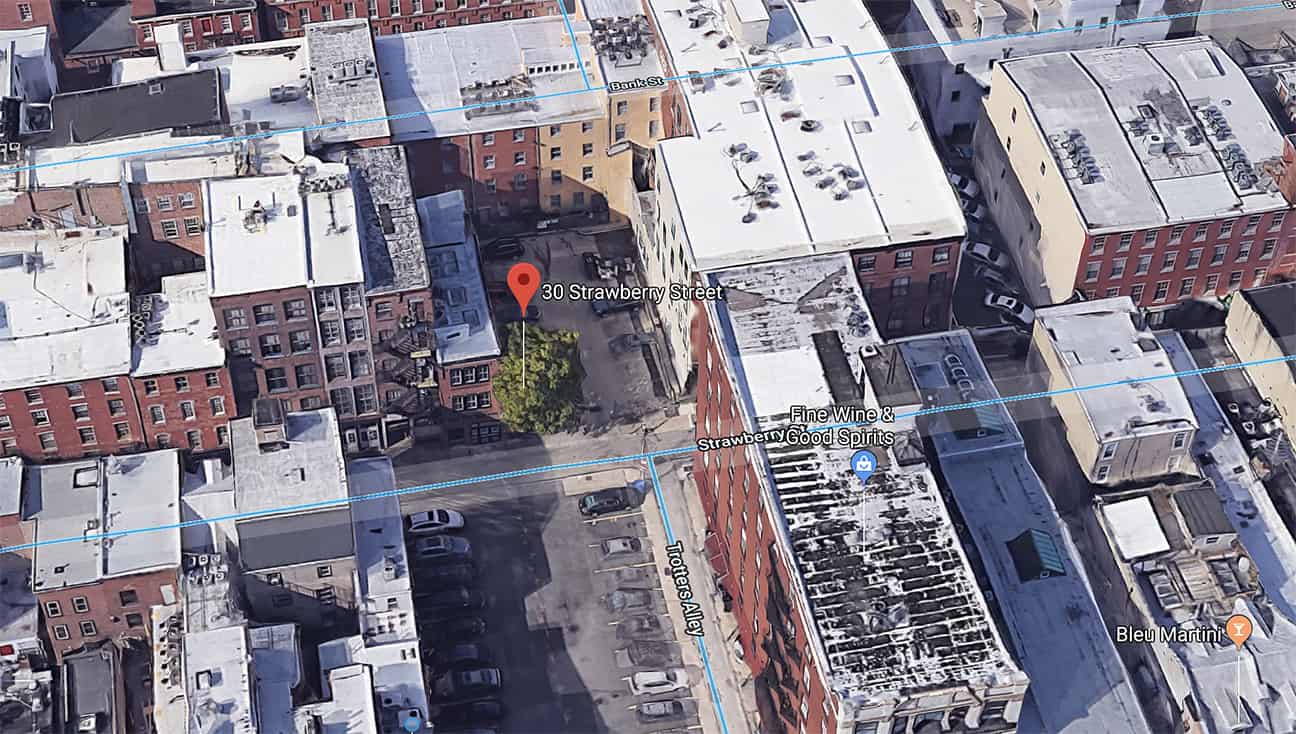 The 1900s date span is way too late for an applied mouth bitters unless he was using his older, left over bottles. He is also pitching his bitters as Hagan’s Vegetable Aromatic Dyspepsia Bitters as laws wee closing in on selling bitters loaded with alcohol and disguised as medicines. Prohibition was also just around the corner.

Oddly enough, I can not find any listings of John Hagan or J. H. & Co. in Atlantic City. Maybe his son continued the bitters business? 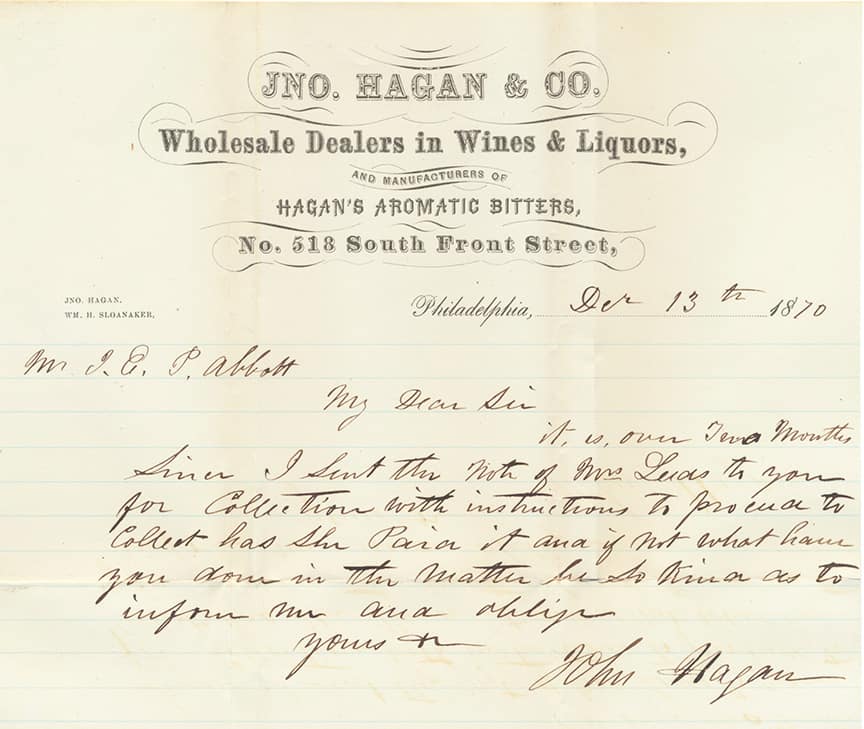 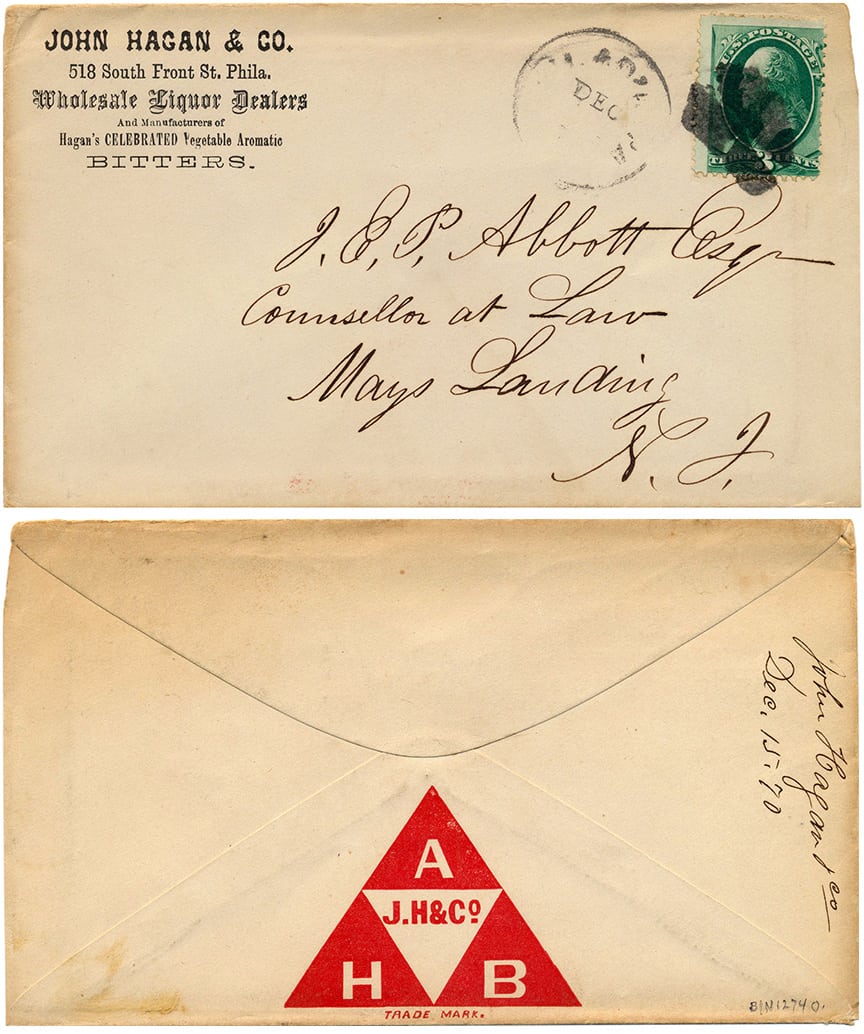 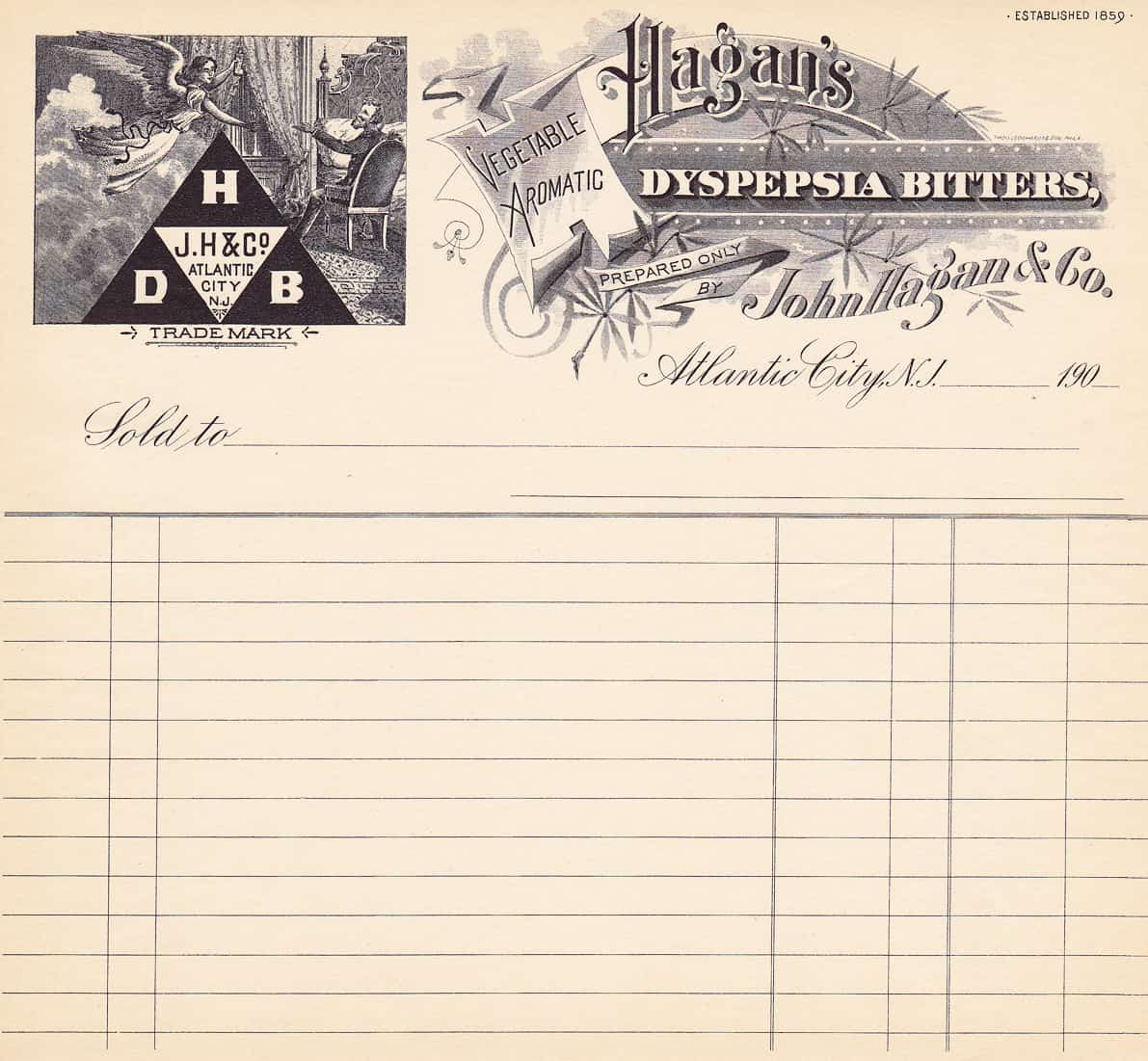 Invoice: Unused invoice advertising Hagan’s Dyspepsia Bitters, Atlantic City, New Jersey. These invoices were bought from Mildred Hagan on May 1st, 1976 at the San Diego Bottle Show. She was in her 80’s at that time and billed herself as the last of the family name. Excellent condition. Note: A labeled example was offered at an auction in New Jersey, but the bottle was damaged during preview.

Thanks to Dave Bowers for image of Hagan’s Bitters token and Philadelphia connection.

Ferdinand Meyer V is a native of Baltimore, Maryland and has a BFA in Fine Art and Graphic Design from the Kansas City Art Institute and School of Design. Ferdinand is the founding Principal of FMG Design, a nationally recognized design consultation firm. Ferdinand is a passionate collector of American historical glass specializing in bitters bottles, color runs and related classic figural bottles. He is married to Elizabeth Jane Meyer and lives in Houston, Texas with their daughter and three wonderful grandchildren. The Meyers are also very involved in Quarter Horses, antiques and early United States postage stamps. Ferdinand is the past 6-year President of the Federation of Historical Bottle Collectors and is one of the founding members of the FOHBC Virtual Museum.
View all posts by Ferdinand Meyer V →
This entry was posted in Advertising, Bitters, Collectors & Collections, Ephemera, History, Medicines & Cures and tagged Aromatic, Atlantic Ciry, bitters, Boardwalk Empire, Dyspepsia, Hagan's, HBO, invoice, John Hagan, letterhead, Meyer Collection, New Jersey, Noordsy, Philadelphia, Stomach, strawberry, token. Bookmark the permalink.