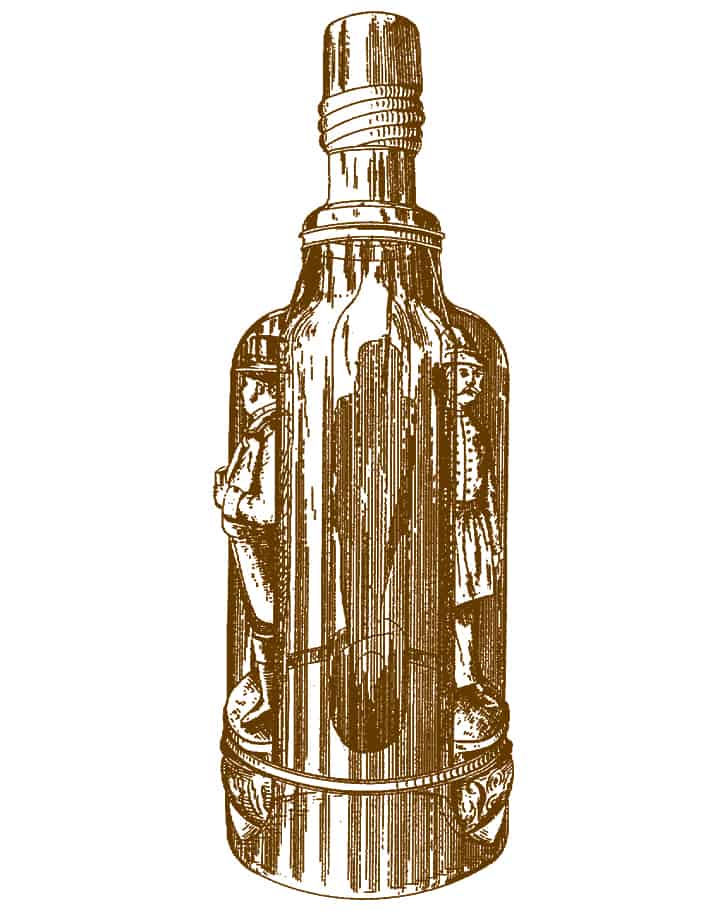 And an amazing bottle design patent

Here is a pretty cool bottle design that never happened. If it did, it would probably be the coolest bitters bottle ever, surpassing the figural indian queens, ear of corns and pigs. This post was inspired by James Viguerie.

While looking through all my patent research I came across a bitters reference and an amazing bottle design patent. I’m not sure if a bottle was ever made, or if it was for the Wald Koenig Bitters. I didn’t think the Landsberg Sphinx Bitters bottle existed until I saw the pictures! All I have right now are two patents and a 1904 ad selling Wald Koenig Bitters for $1 a bottle, or $7.50 a dozen. Hopefully you can find out a little more on Mr. Dryfoos’ bottles. And maybe someone out there has one of the bottles patented in 1895.

Oh, and as an added bonus, take a look at the 1904 price list. It looks like the maker of Walker’s California Vinegar Bitters also made a Ginger Bitters! I do not see that one in the books. 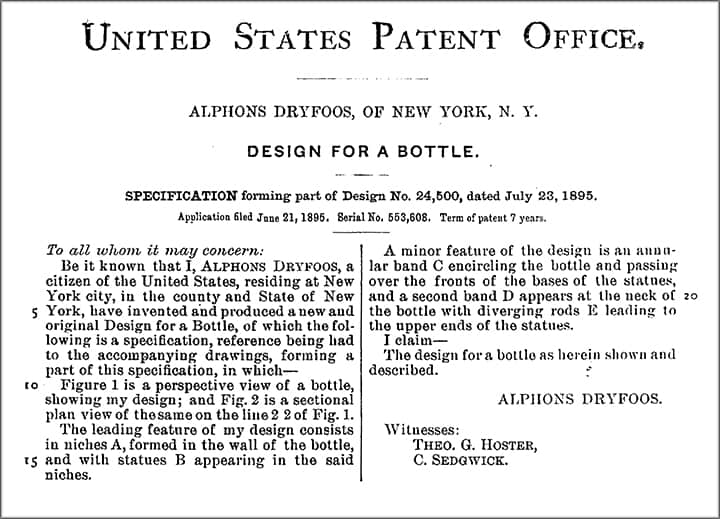 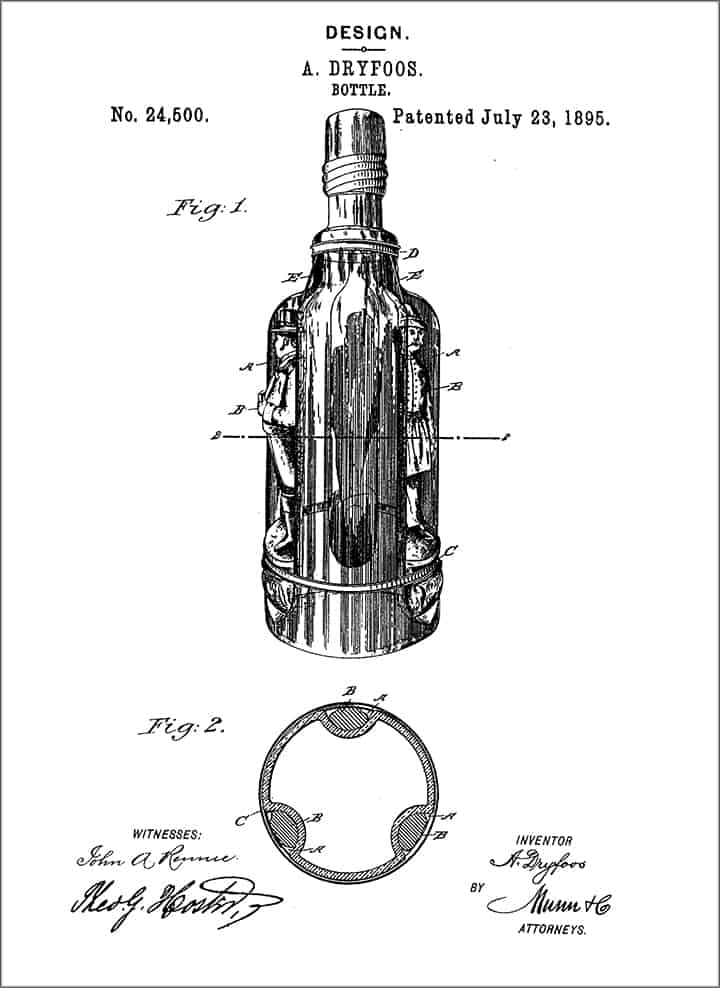 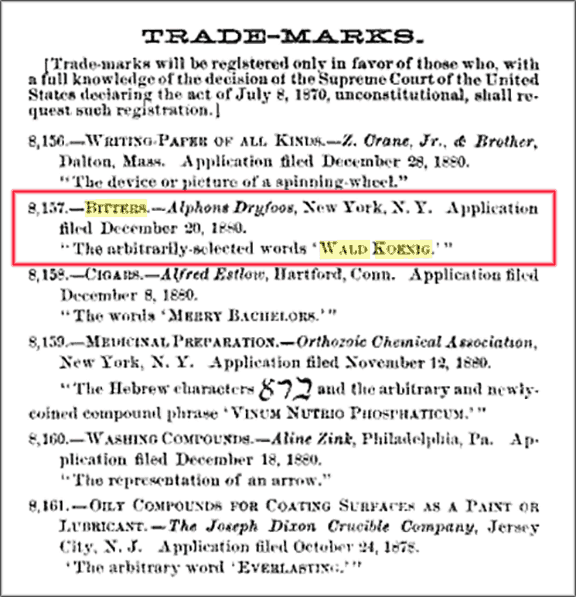 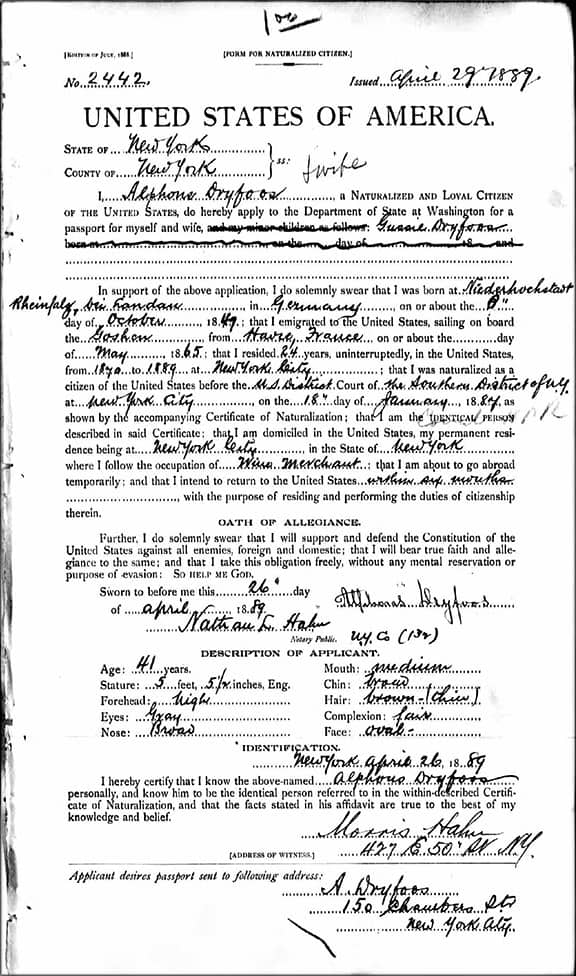 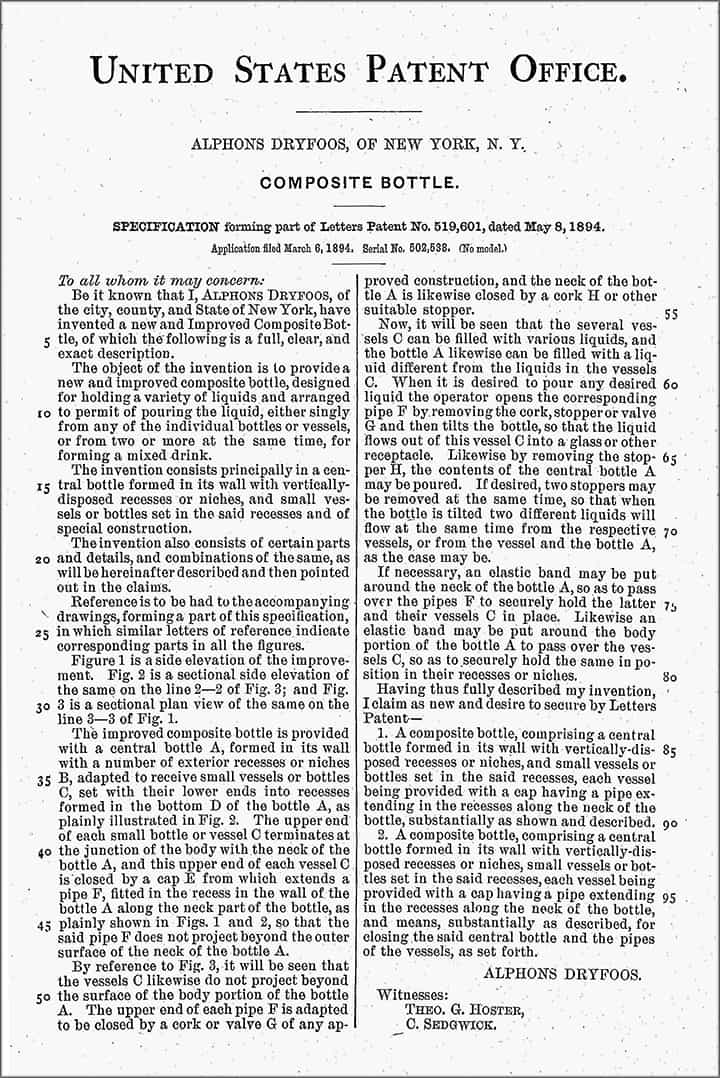 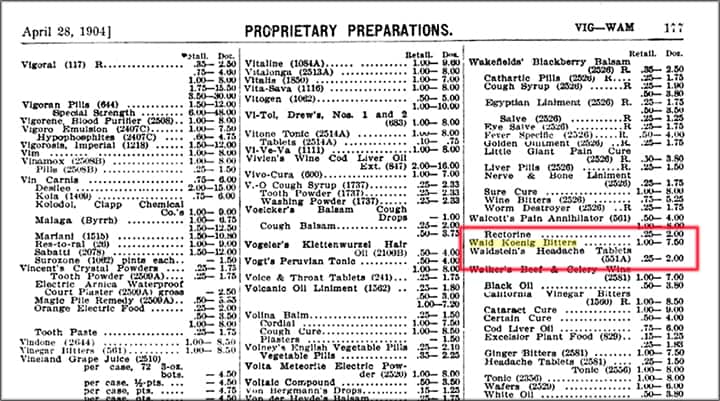 Alphons Dryfoos was a life-long liquor man and bottle dreamer it appears, who was born in Niederhochstadt Rheinfalz, Dei Landau, Germany in October 1849. He emigrated to United States in May 1865 arriving in New York City from Havre, France on the ship Goshen. He married Gussie Dryfoos in 1879. Both of his parents were born in Germany.

We can find many listings, and a number of bottle design patent applications for Mr. Dryfoos at various locations in New York City throughout his long life. In 1880, he applied for a Trade Mark registration for Wald Koenig Bitters. In 1895, he sought a patent on the wild bottle design pictured in this post. As far as if there is a bottle out there? …. let’s cross our fingers and wait and see.

Ferdinand Meyer V is a native of Baltimore, Maryland and has a BFA in Fine Art and Graphic Design from the Kansas City Art Institute and School of Design. Ferdinand is the founding Principal of FMG Design, a nationally recognized design consultation firm. Ferdinand is a passionate collector of American historical glass specializing in bitters bottles, color runs and related classic figural bottles. He is married to Elizabeth Jane Meyer and lives in Houston, Texas with their daughter and three wonderful grandchildren. The Meyers are also very involved in Quarter Horses, antiques and early United States postage stamps. Ferdinand is the past 6-year President of the Federation of Historical Bottle Collectors and is one of the founding members of the FOHBC Virtual Museum.
View all posts by Ferdinand Meyer V →
This entry was posted in Bitters, History, Liquor Merchant, Patents and tagged Alphons, Bottle, design, Dryfoos, Germany, Gussie, James Viguerie, Koenig, New York, Patent, Wald. Bookmark the permalink.