You know, when I think of a “Giant”, I think of the Jolly Green Giant, Jacks’ Fee-Fi-Fo-Fum Giant, Andre the Giant or some kind of odd-ball circus pictures or Guinness Book of World Records picture that I have seen in the past. You always seem to see a giant pictured with something really small like a dwarf or midget, kind of like some auction houses put a shiny penny next to a bottle. To give it scale or in this case, to exaggerate scale. 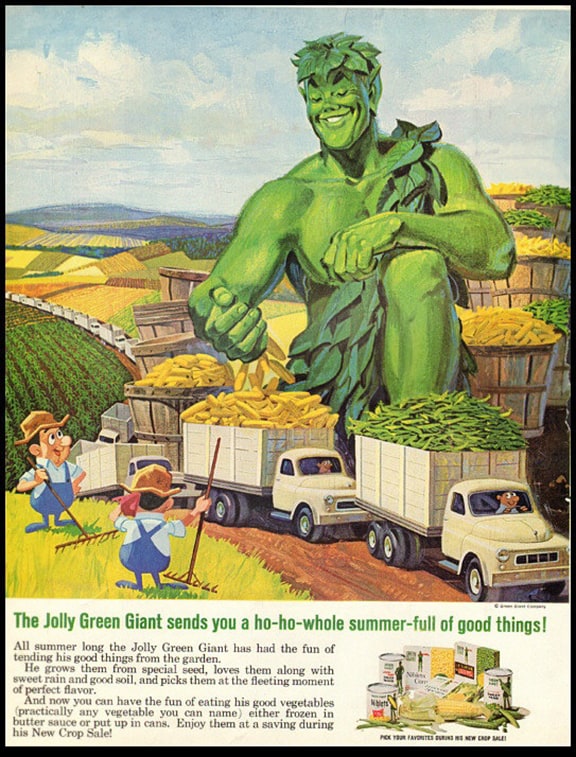 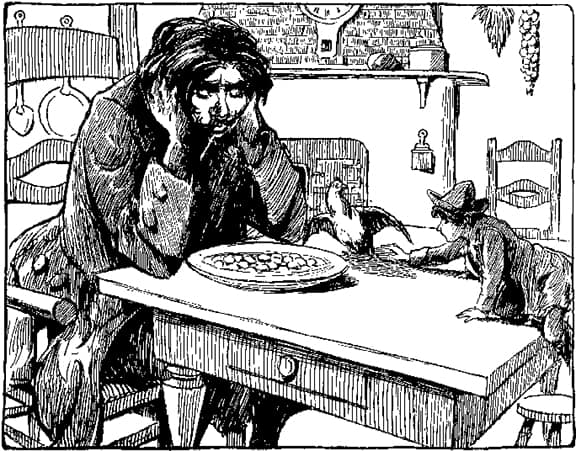 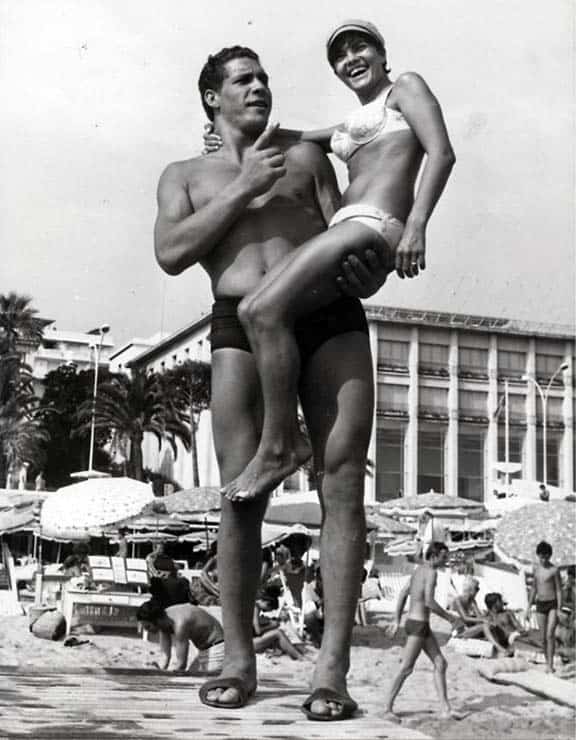 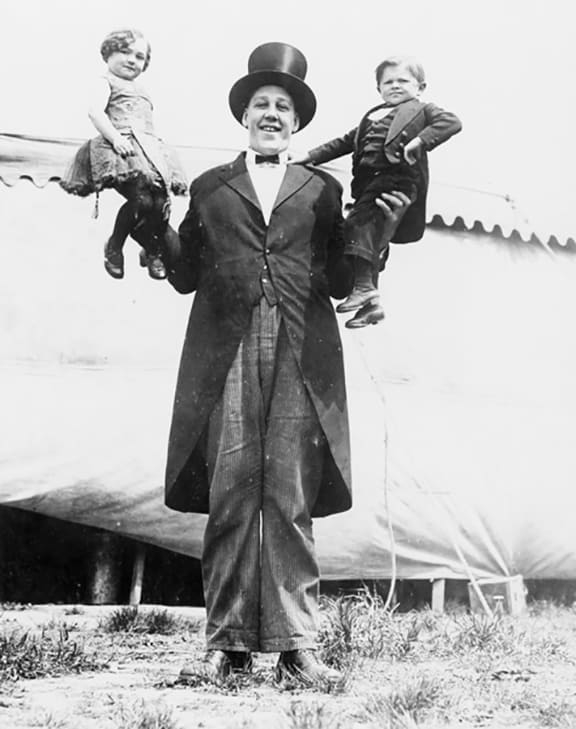 Johaan Aassen, a circus performer from the Al G. Barnes Amusement Co, holding a dwarf in each hand, 1923. – HistoryNYC.com 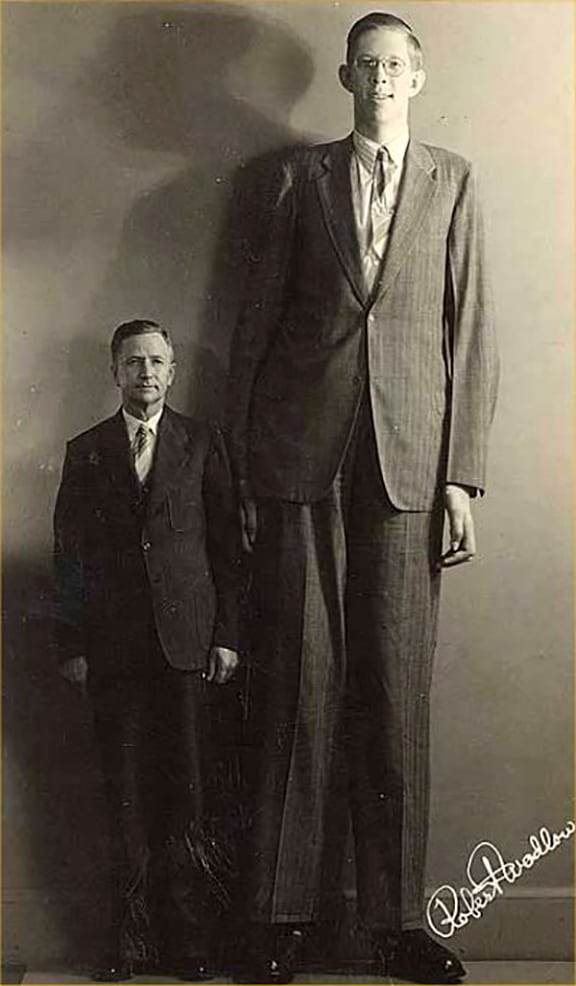 Robert Wadlow was one of history’s largest humans standing 8′ 11.1″. Born and educated in Alton, Illinois, he was later buried there at age 22, weighing 490 pounds at the time of his passing.

This post was inspired by Bill Ham who recently asked if I had a Giant Bitters? My first thought was the massive, or giant ‘Clarke’s Vegetable Sherry Wine Bitters’ from Sharon, Massachusetts, of which I do have an example. But that was not what he was talking about. He was referring to the Clark’s Giant Bitters from Philadelphia which is kind of puny. Both are pictured below, with what else, a penny. Notice the different spellings of Chark’s vs. Clarke’s. They are not related. 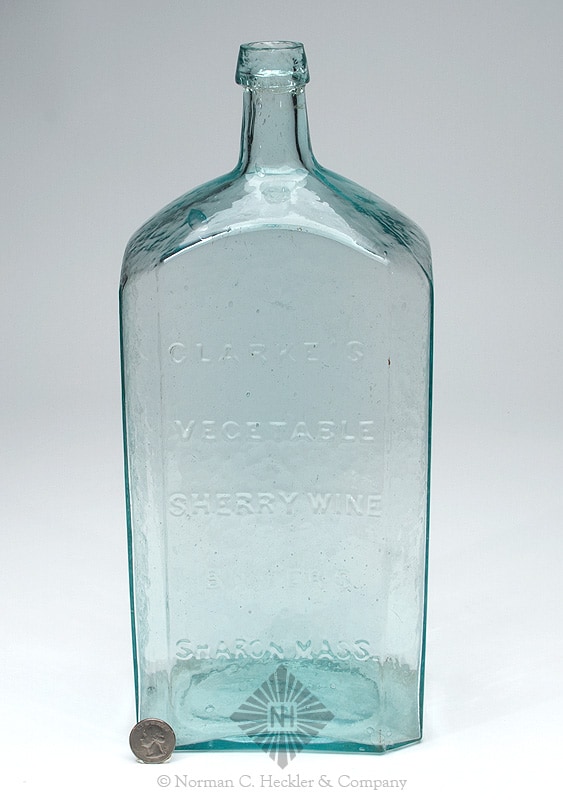 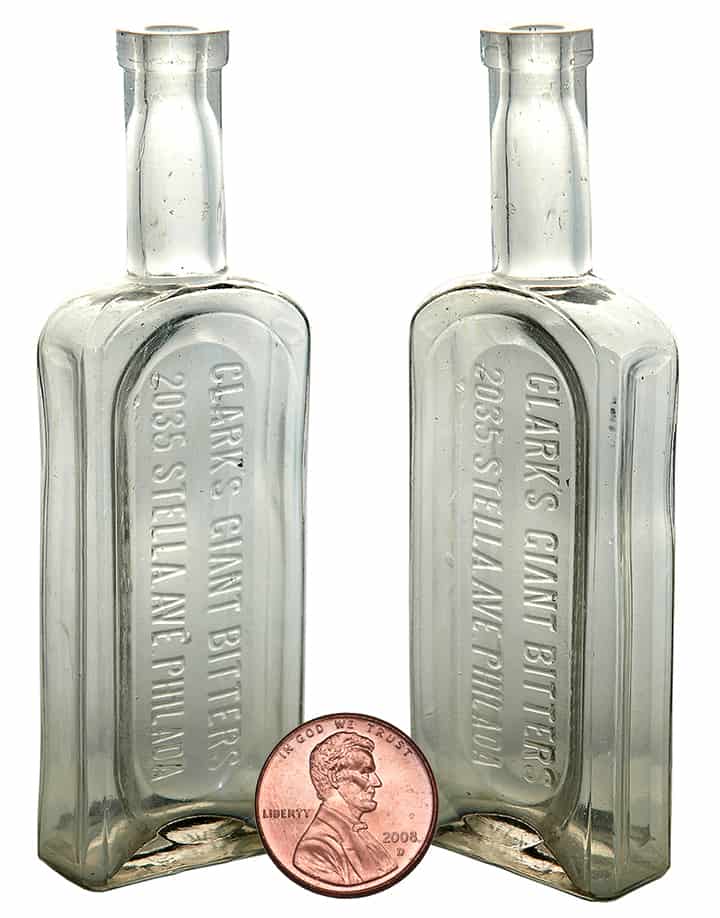 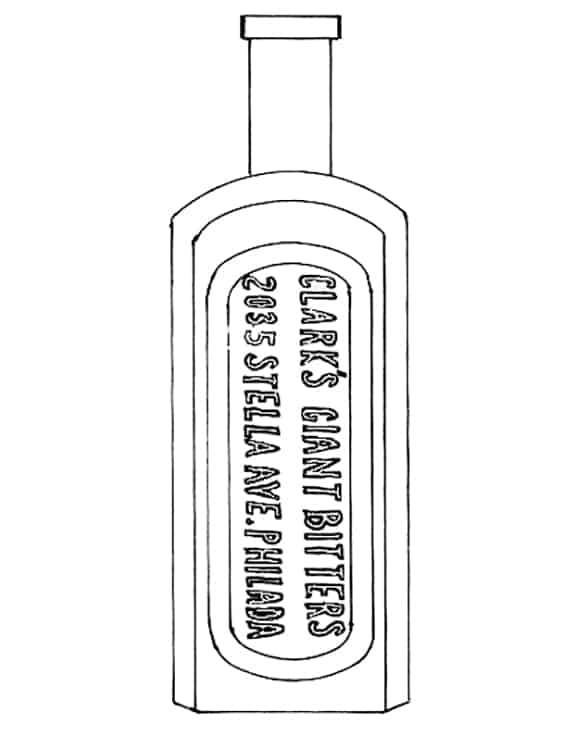 Not much is known about the Clark’s Giant Bitters other than it was made by E. H. Clark & Company at 2035 Stella Avenue in Philadelphia, Pennsylvania. In 1883 and 1884, Edwin H. Clark and Charles E. Clark were listed as the proprietors making patent medicines at 828 N. 26th Street. Charles was Edwins father. Later it was just Edwin H. Clark from about 1887 until 1897 at the Stella Avenue address. He was apparently a chemist, manufacturer of patent medicines and a doctor who was born in New York about 1855. He put out a family of medicines like Clark’s Morning Dew Perfume, Clark’s Giant Liniment, Clark’s Giant Cough Syrup, Clark’s Giant Tooth Powder and Clark’s Little Giant Granules. 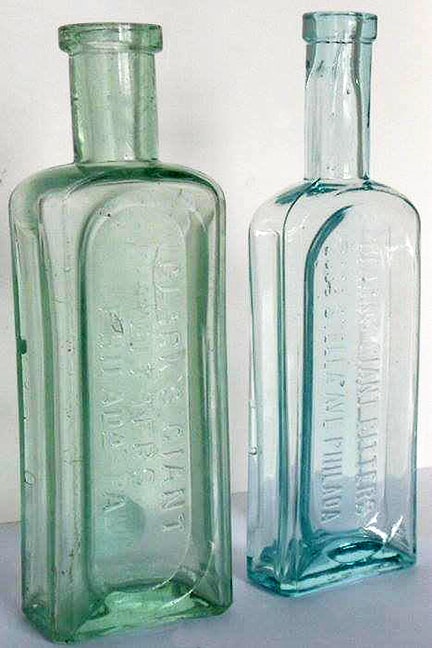 Both variants of the Clark’s Giant Bitters – Frank Wicker Collection

There are actually two variant sizes of the Clark’s Giant Bitters, the second having different embossed copy. Competing with the great figural bitters from Philadelphia, that came a bit earlier, I suspect Edwin H. Clark had a bit of a Napoleon Complex. 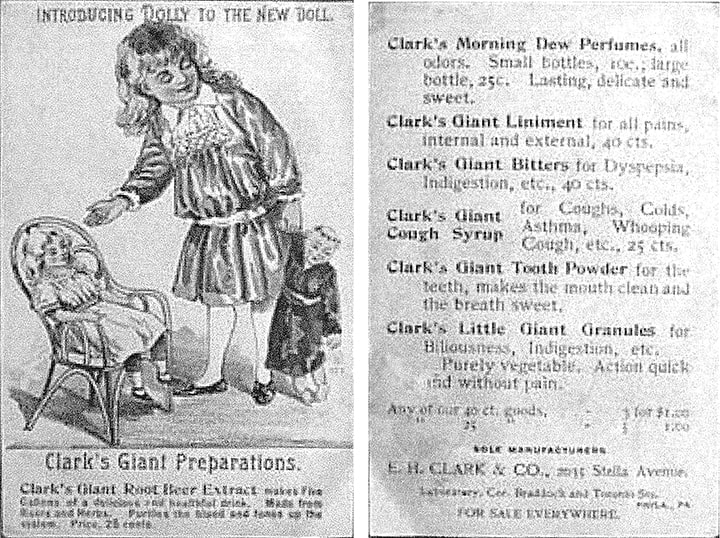 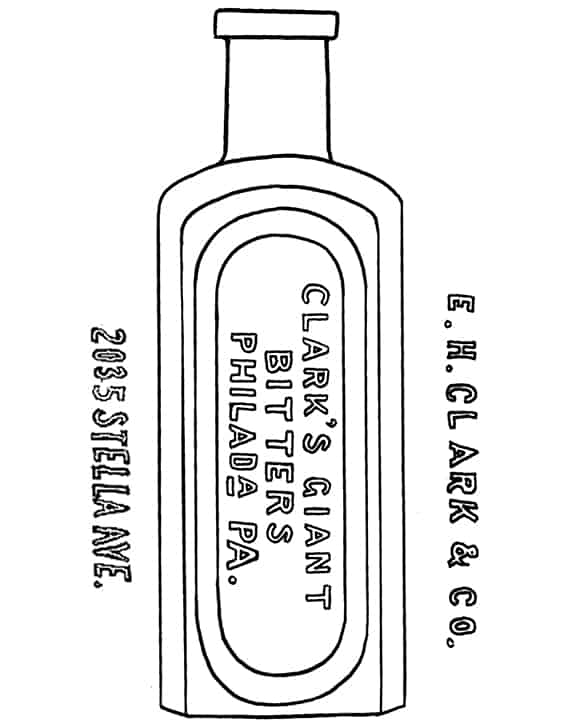 Later Edwin H. Clark was involved in politics and the board of education. Things didn’t end so well for Dr. Clark as he committed suicide by cutting his throat while his wife was away in 1913. I wonder what went wrong? 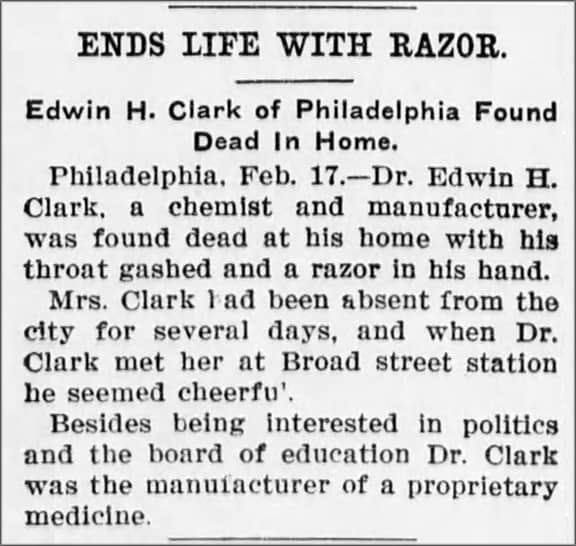 A special thanks to Marianne Dow and Frank Wicker for their assistance with this post.

Ferdinand Meyer V is a native of Baltimore, Maryland and has a BFA in Fine Art and Graphic Design from the Kansas City Art Institute and School of Design. Ferdinand is the founding Principal of FMG Design, a nationally recognized design consultation firm. Ferdinand is a passionate collector of American historical glass specializing in bitters bottles, color runs and related classic figural bottles. He is married to Elizabeth Jane Meyer and lives in Houston, Texas with their daughter and three wonderful grandchildren. The Meyers are also very involved in Quarter Horses, antiques and early United States postage stamps. Ferdinand is the past 6-year President of the Federation of Historical Bottle Collectors and is one of the founding members of the FOHBC Virtual Museum.
View all posts by Ferdinand Meyer V →
This entry was posted in Bitters, History, Humor - Lighter Side, Medicines & Cures and tagged Andre, bitters, chemist, Clark, Clarke, complex, Doctor, Dow, giant, green, Ham, Jack, Jolly, little, Medicine, Napoleon, Patent, Philadelphia, Stella, suicide, wicker. Bookmark the permalink.