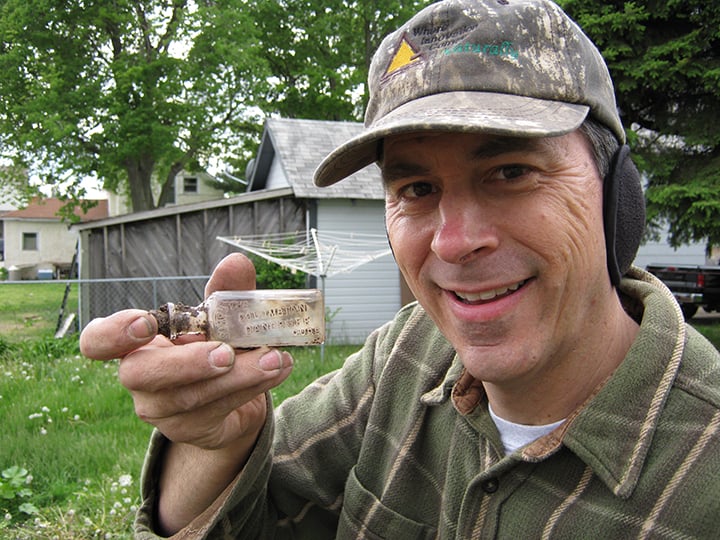 It is with deep sorrow to inform you that a Midwestern legend in privy digging and bottle collecting has lost his 10 month battle with brain cancer on March 24th at the age of 56. Jim Springer of Marshalltown, Iowa died at his home surrounded by family.

My brother, Jim, started collecting and digging in the early 1980’s while fishing on a river and nearby a quarry where he found a B.A. Morgan Marshalltown, Iowa druggist bottle in a small dumpsite. He then began his adventure looking for bottles at auctions – buying boxes full of bottles.

One auction day in 1986 his life was about to change. He may not have won any of the bids on the bottles that day, but he was able to meet Tom Southard, Iowa Antique Bottleers president at that time, and was also introduced to privy digging. He joined the Iowa Antique Bottleers Club and started his digging adventures with Tom Southard and Mike Burggraff that year. The following year, as a very young teenager, I was introduced to privy digging while our dad and I tore off the back porch of our old house and found dozens of bottles and a few jugs and crocks. Our adventure had started and we proceeded to find and dig 4 privies on the old property.

Jim’s enthusiasm for adventure gave him the knack for getting people excited about history and privy digging. In the late 1980’s to early 1990’s he gave talks to many people in the local area on his hobby of privy digging and bottle collecting.

Jim’s adventures and historical research led him to dig over 1700 privies, speak to thousands of people about the subject, and feature in dozens of newspaper articles in the Midwest. He has one of the largest collections of Marshalltown, Iowa bottles and had contributed information to the “The Antique Bottles of Iowa, 1846 – 1915” book.

There was much age difference between Jim and me; however the adventures of privy digging and bottle collecting allowed me the privilege to get to know my brother as a friend and to share 28 years with a common passion. Our adventures gave us the ability to dig together on just over 1000 privies and to create many stories and memories.

Within the last year Jim’s son, Mick, started to dig a little deeper into his dad’s affinity for bottles and began digging privies and collecting bottles while spending time with his dad creating memories. I’m sure we’ll have many years of digging adventures together as well. 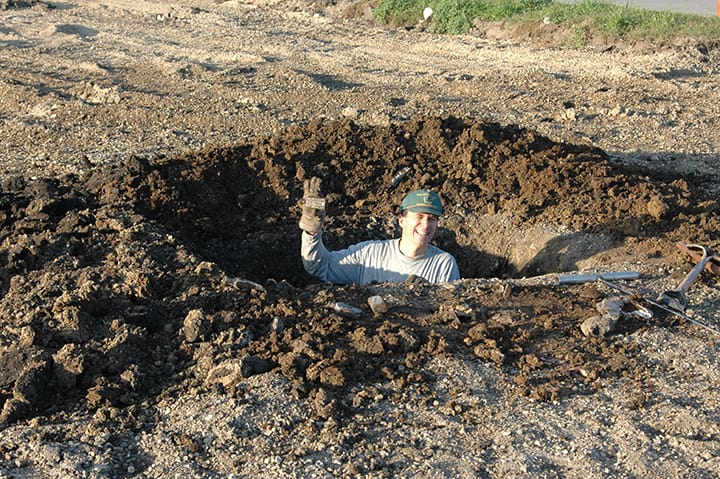 Ferdinand Meyer V is a native of Baltimore, Maryland and has a BFA in Fine Art and Graphic Design from the Kansas City Art Institute and School of Design. Ferdinand is the founding Principal of FMG Design, a nationally recognized design consultation firm. Ferdinand is a passionate collector of American historical glass specializing in bitters bottles, color runs and related classic figural bottles. He is married to Elizabeth Jane Meyer and lives in Houston, Texas with their daughter and three wonderful grandchildren. The Meyers are also very involved in Quarter Horses, antiques and early United States postage stamps. Ferdinand is the past 6-year President of the Federation of Historical Bottle Collectors and is one of the founding members of the FOHBC Virtual Museum.
View all posts by Ferdinand Meyer V →
This entry was posted in Club News, Collectors & Collections, Digging and Finding, News and tagged Digging, Iowa, Jim Springer, Marshalltown, Southard. Bookmark the permalink.