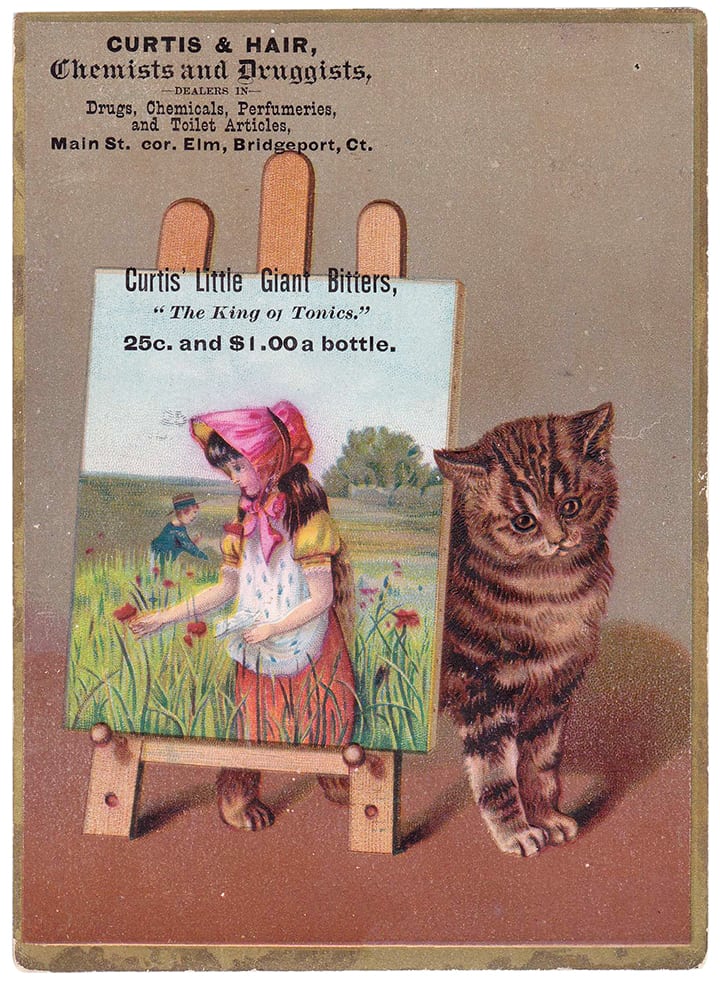 The Cheapest Drug Store in the World!

The other day, I did a post on The Little Clark’s Giant Bitters that inspired bitters ephemera collector Joe Gourd, to send me three images for Curtis’ Little Giant Bitters, which is a different brand. Don’t you love that name! 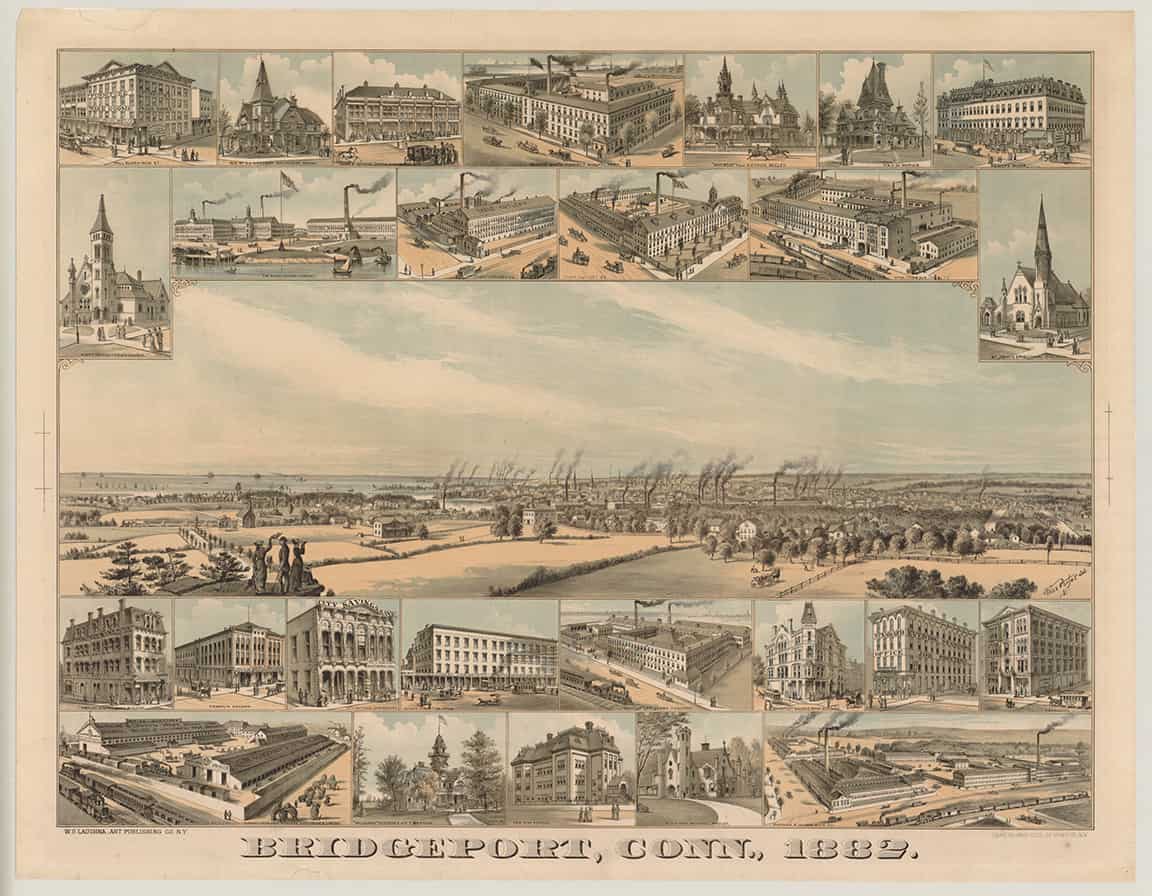 The Curtis’ Little Giant Bitters, or “The King of Tonics” was made by Curtis & Hair who were chemists and druggists out of Bridgeport, Connecticut. They addressed on Main Street at the corner of Elm. How charming. There is nothing left but boarded up property at that location now. Not so charming. They sold their bitters for 25 cents and a $1.00 a bottle, obviously meaning two sizes. The stock trade cards use a kitten, children and flowers with Curtis and Hair marketing sur-printed on the cards. They are obviously targeting a female purchasing audience.

I am not aware of any bottles in collections. I also suspect the bottle was labeled only, meaning without bitters being embossed on the bottle. 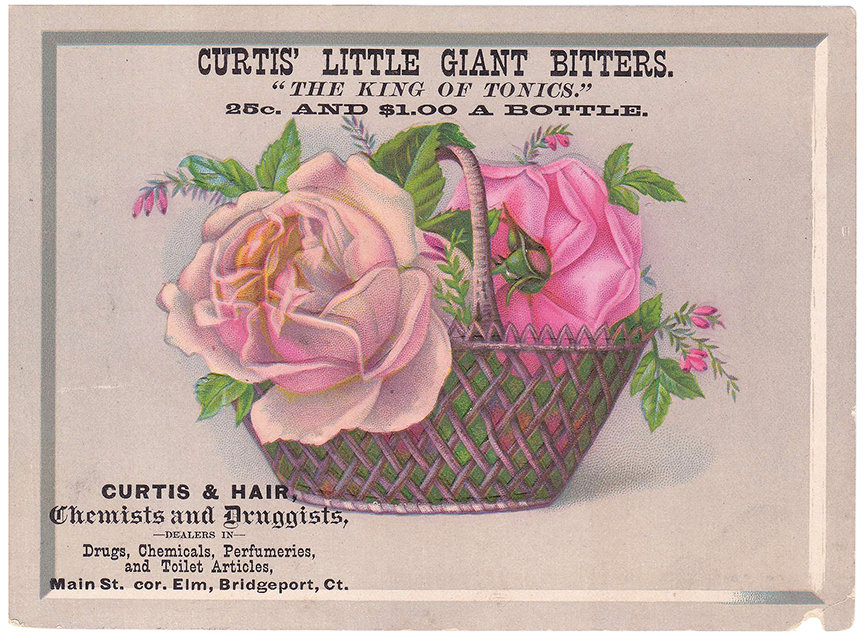 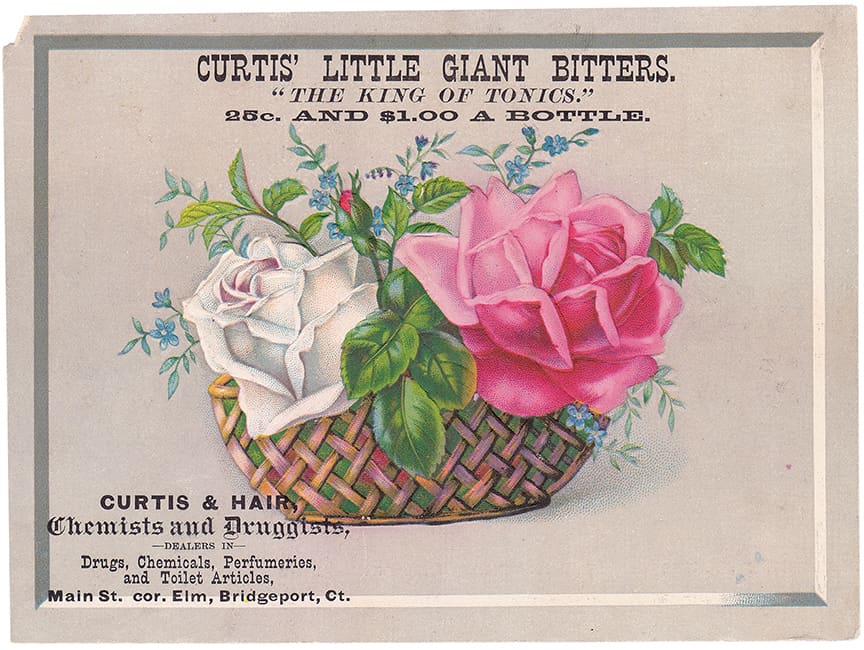 Lewis F. Curtis was born in Connecticut on June 10, 1836 and came from a prominent family, both parents also from Connecticut. He was, for many years, a successful business man of Bridgeport, Conn., where he acquired a large fortune in the drug business. He his early 20’s he started out in business and is listed as a merchant in the 1860 United States Federal Census. His wife was Mary Cornelia Baldwin and they had a son, Frederick B. Curtis who would later carry on the business.

By 1867, Lewis F. Curtis has regular yearly listings in the Bridgeport City Directory as a druggist though a later advertisement from 1906 says he started his drug business in 1864. The ad says “Our Prescription Books Date Back to 1864!” They sold drugs, medicines, chemicals, patent medicines and other drug store items.

His drug store was located at the corner of Main and Elm Streets. He also had a business named Curtis & Peck and they sold shoes. Later he would have additional addresses in close proximity where I assume he manufactured his drugs. From 1874 to 1883 he was partnered with George M. Teeple and they called their business Curtis & Teeple. In 1884, D. S. Lacey was his partner. 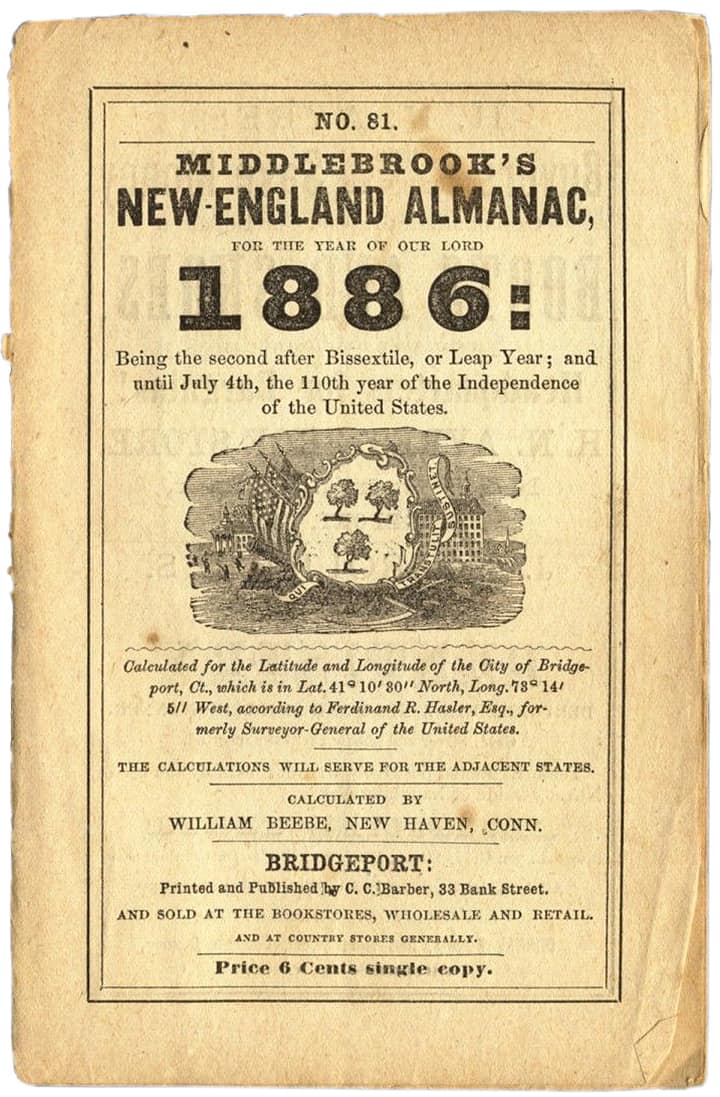 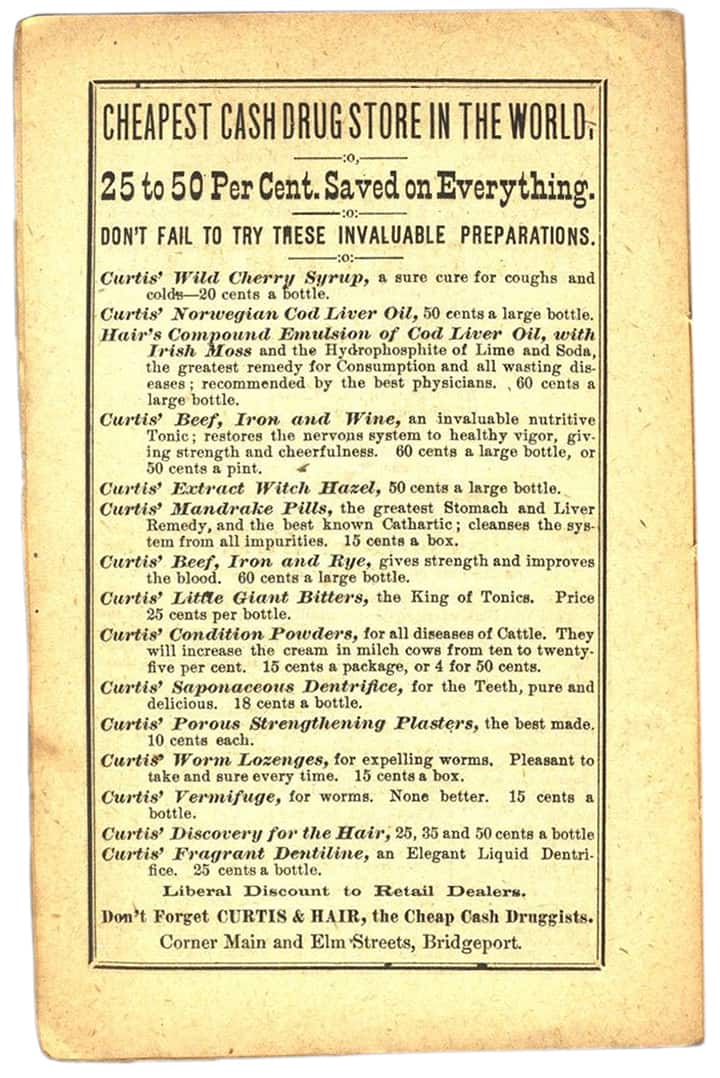 By 1886, Lacey is gone and he partners with James E. Hair in business and their concern is called Curtis & Hair. That name appears on the trade cards above and the 1886 New England Almanac where a page is dedicated to Curtis and Hair, products. They were still addressed at the corner of Main and Elm Streets in Bridgeport.

In 1889, James Hair is gone and Lewis Curtis practices as the sole proprietor pretty much until his death in 1912. He died at New Milford, Conn., from a chronic trouble which confined him to his home. His business was then managed by his son, Frederick Baldwin Curtis. 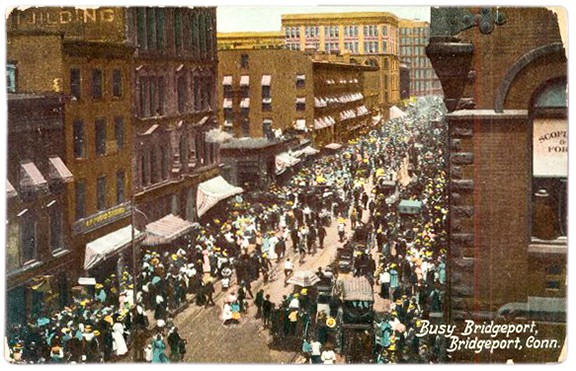 One of my underlying goals of this post was to try to link Mr. Curtis to the rather well-known and liked Curtis Cordial Calasaya Stomach Bitters. I have been unsuccessful so far. Lewis F. Curtis was also from the same stock that made the Curtis & Perkins Wild Cherry Bitters.

The Cheapest Drug Store in the World – Curtis

Fire at L.F. Curtis Drug Store. Pumping whiskey from a barrel in the basement! – The Bridgeport Telegram, Monday, November 9, 1920

1912: Lewis F. Curtis. For many years a successful business man of Bridgeport, Conn., where he acquired a large fortune in the drug business, Lewis F. Curtis, 76, died at New Milford, Conn., recently from a chronic trouble which confined him to his home. His Bridgeport business is now managed by his son, Frederick B. Curtis. He was a native of Stratford and came from a prominent family. – The Pharmaceutical Era, 1912