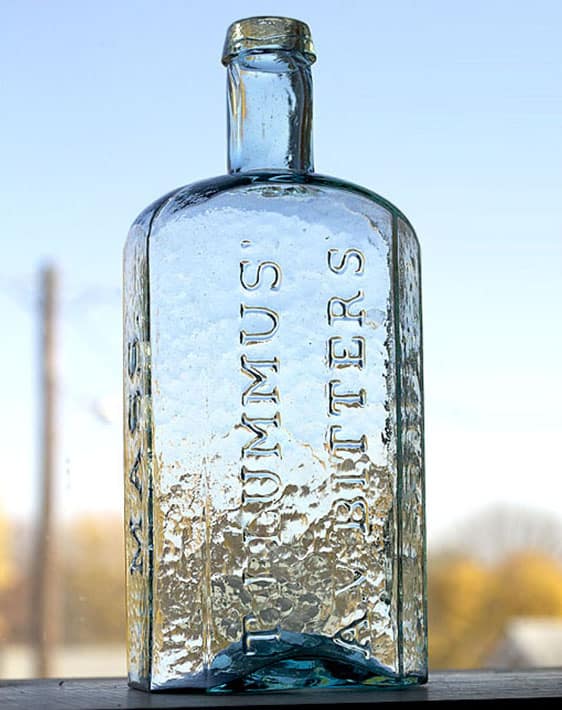 An important bitters sold this past Monday night in the Glass Works Auctions, The ‘Christmas Comes Early’ Catalog Auction #105 . The T. J. LUMMUS’ A.V. BITTERS from Lynn, Massachusetts (Ring/Ham, L-133) is bluish aqua, 7 1/2” tall with an open pontil and has an applied tapered collar mouth. This particular bottle was from the Paul Hadley Collection and is extremely rare, this being the first to come to auction in almost 20 years according to Glass Works. Both pictures in this post are from the auctioneer. The lot closed with call backs at 30 bids and a price breaking $3,500 with the auction house premium. I did find reference to another example residing in the Old Sturbridge Village Museum. 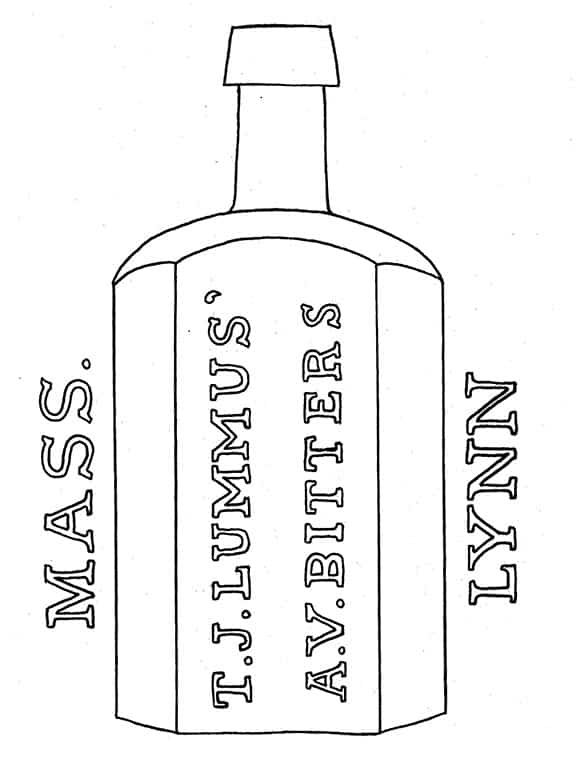 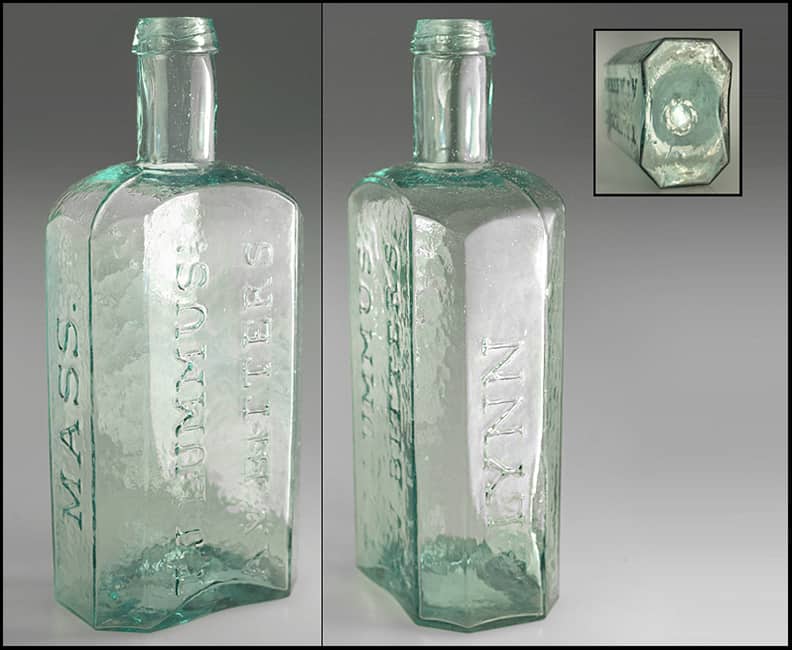 Thomas Jefferson Lummus, not too much doubt here as to who he was named after, was born on September 22, 1803 in Lynn, Essex County Massachusetts. He came from a line of doctors and medicine men and ended up as a shoe man.

Aaron Lummus was a Justice of the Peace and grocer, George Lummus was also a druggist and Edward Lummus was a grocer who sold medicines. Thomas J. Lummus, the subject of this sketch, was a druggist in the late 1830s and went into the ink and shoe blacking business the second half of his career. These guys were all intertwined in business in Lynn. The Lummus’ A.V. Bitters was made and sold in the early 1840s, probable for only a year or two. The “A.V.” stand for “Aromatic Vegetable” per this 1841 Salem, Massachusetts advertisement below submitted by Brian Wolff.

According to Ring and Ham, T. J. Lummus was a witness to the battle between the HMS Shannon and the American frigate Chesapeake, was a schoolmate of William Lloyd Garrison and played the clarinet in a Lynn band during a ceremony to lay the cornerstone of the Bunker Hill Monument.

Read about another New England ink manufacturer that made a bitters: S.O. Dunbar & his Tomato (ya ya ya) Bitters 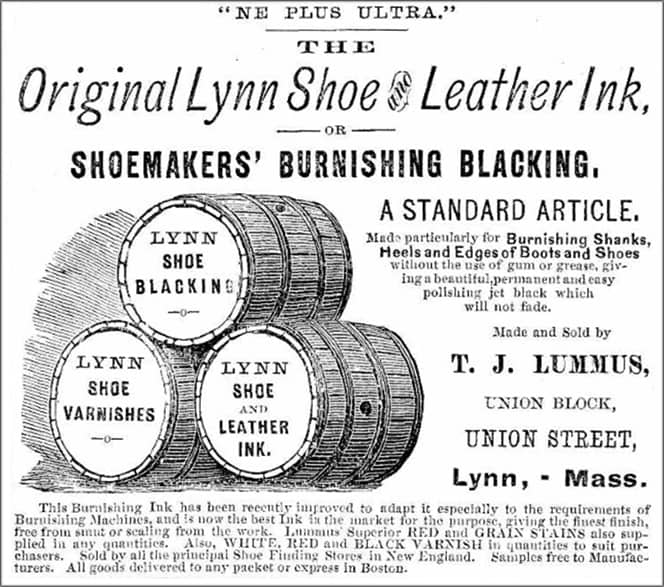 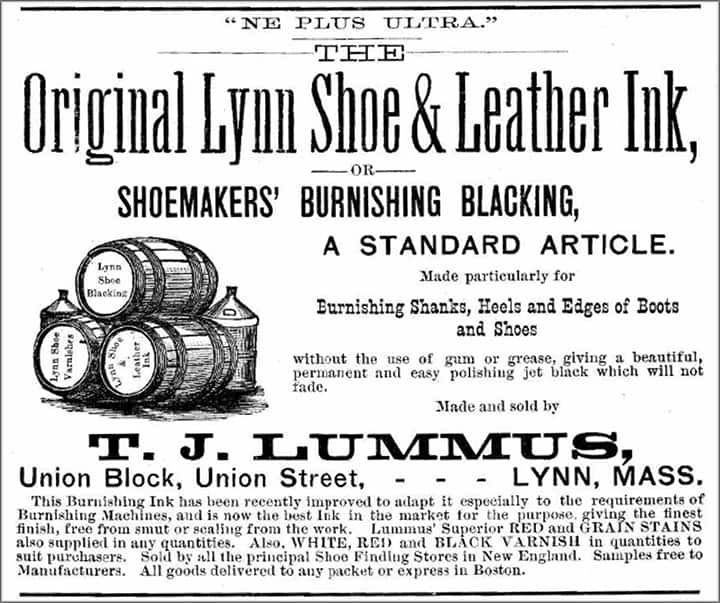 I got a chance last night to catch up on your excellent website when I saw the photo essay you did on the TJ Lummus AV Bitters, I thought I’d send you a note about a situation that is very unusual – to me at least. I’m just wondering if this is a more common experience than I think.

I am attaching three photos of the TJ Lummus AV Bitters. The first is the property of the Lynn Historical Society; the second you featured on your website and the third is in my collection. They are all the same body design and color, and OP, as well as height to shoulder, but the neck lengths and lips are all different:

This bitters was lightly advertised through the decade of its existence and my guess is that less than a thousand were made and sold over that time. I would love your thoughts on why it would be manufactured in three lip styles? I have a few thoughts, but I’d sure love the benefit of your expertise and insight!

Thanks so much for your time and interest. 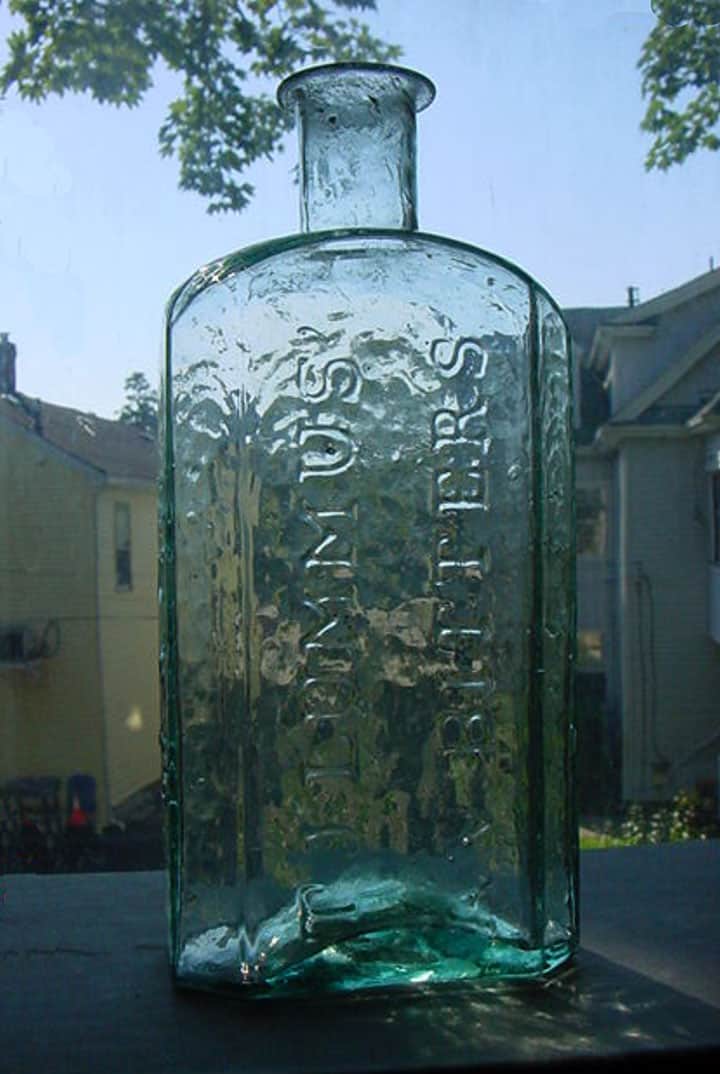 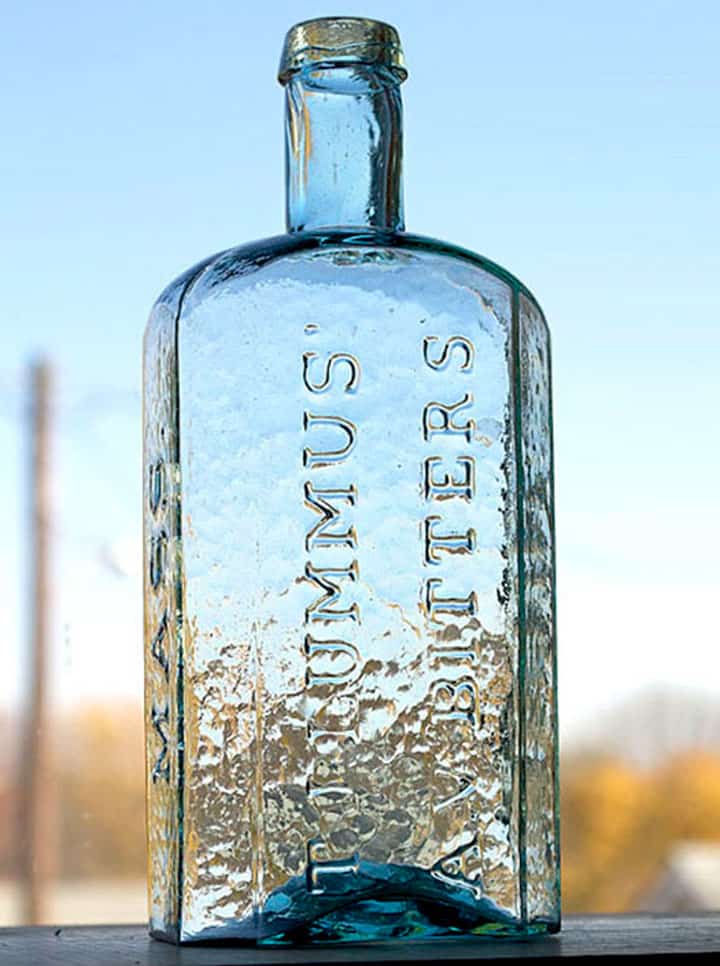 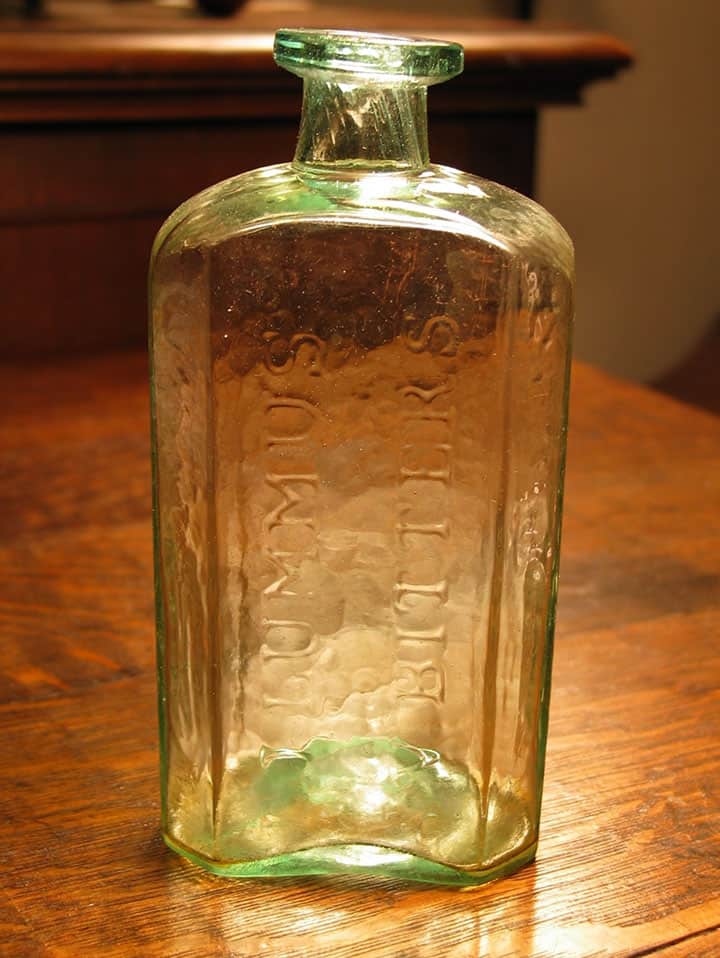